Marriott International is laying off 673 employees at its corporate headquarters in Maryland, a sign that the pandemic-stricken travel industry isn't close to recovering.

The Maryland-based hotel chain announced the layoffs in a Work Adjustment and Retraining Notice. Marriott employs about 4,000 people at its Bethesda headquarters.

Marriott has furloughed thousands of hotel employees as demand dried up. It's made no secret how badly Covid-19 is destroying business, saying in May that the pandemic is "having a more severe and sustained financial impact on Marriott’s business than 9/11 and the 2008 financial crisis, combined."

Portugal has reported 646 new Covid-19 infections in the past 24 hours, the highest daily increase since April 20.

Last week both Scotland and Wales added Portugal to their list of countries whose travelers are required to quarantine on arrival. Despite a recent increase in cases, England maintained the Iberian country on its quarantine-free list.

There have been nearly 27.6 million coronavirus cases reported across the world since the pandemic began, according to the latest figures from Johns Hopkins University.

Nations around the world have taken different approaches to fighting the virus. Here's where the pandemic stands in some countries across the globe now:

Senate Minority Leader Chuck Schumer told CNN’s John Berman that the upcoming vote on the GOP's scaled-down relief bill is the result of a “cynical exercise” by Senate Majority Leader Mitch McConnell designed to “check a box” because “he knows it won’t pass.”

Schumer also predicted public pressure would build on Republicans, especially vulnerable senators up for reelection, who eventually will work to cut a deal with Democrats on a bill bigger than the approximately $500 billion measure that’s expected to fail a key test vote Thursday.

"There's a good chance that they will feel the pressure. Once they see that Democrats are not going to fold to this emaciated bill which leaves so much out, the pressure will mount on them," he said of the Republican conference, later adding: "Their members are going home and hearing from Republican mayors, Republican governors, Republican hotel owners, Republican restaurant owners — do something that helps us. Their bill doesn't."

The bill includes a $300 federal boost for unemployment benefits and fresh relief for small businesses but cuts out money for a second round of stimulus checks that was included in an earlier proposal.

What happens now: It could go to a vote this week, but it doesn't have unanimous GOP support, and Democrats want a bill in the trillions. There's still very little hope that both sides will come to a stimulus agreement before November's election.

Even the threat of a government shutdown — which could happen when funding runs out at the end of the month — isn't a big motivator. Congress seems intent on a "clean bill" to keep the government running, without stimulus attachments.

The US should be performing as many as 200 million Covid-19 tests every month well into next year to have any chance of controlling the pandemic, experts say in a new report.

That number is far beyond the country's current testing capacity, according to the report released Wednesday by the Rockefeller Foundation and the Duke-Margolis Center for Health Policy.

"The U.S. will likely need very large numbers of all types of Covid-19 tests well into 2021 to contain outbreaks while returning toward normal activity, with a particular need for more screening tests that have very fast turnaround times," the report reads.

Public health experts across the country have for months said testing will play a critical role in helping to reel in the pandemic. Getting enough people tested -- and getting their results back quickly -- will aid contact tracers in tracking down Americans exposed to the virus and help control outbreaks.

But Adm. Brett Giroir, the testing lead for the White House Coronavirus Task Force, has said repeatedly the US cannot test its way out of the pandemic. 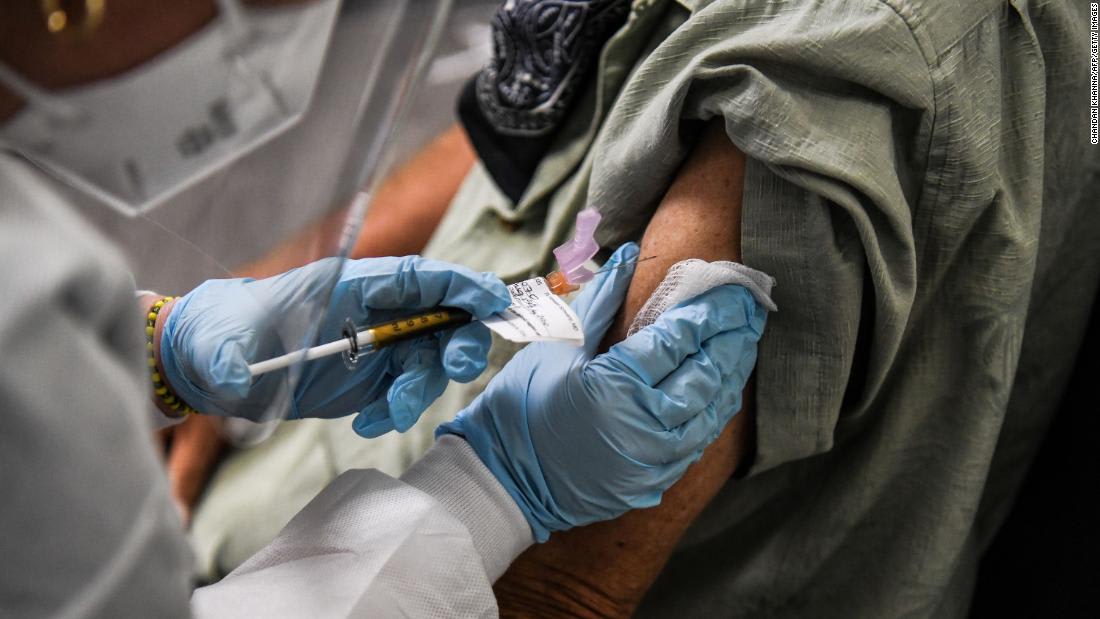 The US needs 200 million tests a month to reel in Covid-19 pandemic, report says

The safety of any potential coronavirus vaccine comes "first and foremost," the World Health Organization's (WHO's) chief scientist said Wednesday.

The comments came after drug giant AstraZeneca announced it has paused global trials of its vaccine because of an unexplained illness in one of the volunteers -- a standard precaution in trials, to ensure experimental vaccines don't cause serious reactions.

"Just because we talk about speed and scale doesn't mean we start compromising or cutting corners on what would normally be assessed," WHO's Dr. Soumya Swaminathan said during a Q&A on Wednesday.

"The process still has to follow the rule of the game, which is go through the process of clinical trials," she added.

She said development timelines were being shortened -- but not at the expense of safety or efficacy.

Charlie Weller, head of the vaccines program at the Wellcome health research charity, said it was right for the trial to be paused while an investigation takes place.

"This is often a normal part of the process in vaccine trials, which involve tens of thousands of people," he said.
"It’s critical to quickly understand whether the illness has any relationship to the vaccine or the placebo and to share data openly, as Oxford University and AstraZeneca have done."

"Vaccines are among the most rigorously-tested and monitored products we have in society, and the Covid-19 vaccines should be no different," Weller added.

He said he welcomed reports that nine vaccine makers had pledged to uphold high ethical standards and not seek premature government approval.

"Today's news reminds us of the importance of funding and developing a wide range of vaccine candidates, alongside treatments and testing," said Weller. "We don’t yet know which will be successful, but ensuring all advances are fairly available globally is our only exit from this pandemic."

Dr. Ohid Yaqub, Senior Lecturer at the University of Sussex's Science Policy Research Unit, told the Science Media Centre (SMC) that such a pause in testing was "not unusual" in Phase 3.

"Suspending the trial gives time to investigate whether the incident is related to the vaccine or is happening by coincidence. If the data and safety monitoring board decides it's the latter, the trial will resume. Other trials will also investigate their data too," he said.

He said that publicizing such a routine event helped to build trust, but warned that too much running commentary could bias the results.

Stephen Evans, Professor of Pharmacoepidemiology at the London School of Hygiene and Tropical Medicine, told the SMC that even if tests revealed that the vaccine had caused the recipient's illness, "there may be other factors involved and it would not necessarily mean the vaccine could not be used at all."

Dr. James Gill, honorary clinical lecturer at Warwick Medical School and a locum GP, said: "Personally, I would be suspicious of a vaccine for a novel virus which was developed without any hiccups or pauses ... From the start, scientists have said that this Covid vaccine development will take considerable time to get right and safe."

“It's no secret to anyone that we're dealing in a very intense political atmosphere," the United States' top infectious disease expert Dr. Anthony Fauci said Wednesday.

Speaking to CBS This Morning, Fauci called the recent ethics pact made by major pharmaceutical companies "a good thing."

The director of the US National Institute of Allergy and Infectious Diseases said that going forward, independent data and safety monitoring boards would "look at the data intermittently, on a regular basis, to determine just what the status of the trial is."

There are also advisory boards that vaccine makers will need to get past in order to get an emergency use authorization or even approval, he said.

Fauci said the pause on the AstraZeneca vaccine trial acted as a "safety valve."

He told CBS: "That's the reason why you have the various phases of trials -- to determine if in fact these candidates are safe."

"It's unfortunate that it happened. Hopefully they'll work it out and be able to proceed along with the remainder of the trial, but you don't know, they need to investigate it further," Fauci said.

He said scientists had to "always make the presumption that it's due directly to the actual vaccine, or therapeutic, or whatever it is that's in the clinical trial."

"This is an example of the kind of thing that you do to make sure we're dealing with a product that's safe," he added.

BioNtech, the German biotech company developing a Covid-19 vaccine with US pharmaceutical company Pfizer, says it has proposed an agreement to provide 200 million doses to European Union countries, with the option for a further 100 million doses.

Delivery would start at the end of 2020 -- subject to regulatory approval -- and production would take place in Germany and Belgium, according to BioNTech.

The proposed agreement with the European Commission would represent the largest initial order for Pfizer and BioNTech to date.

If regulatory approval is received, the European Commission will lead the process to allocate the vaccine among the EU's 27 member states.