New York department store chain Century 21 filed for bankruptcy Thursday and said it will shut down its business.

Century 21 has 13 stores mostly in the New York City and the surrounding metropolitan area. The company blamed the lack of payment on its business interruption insurance as the cause of its demise.

Department store chains large and small were struggling even before the Covid-19 pandemic caused stores to shut temporarily and shift more purchases online. Stores that depended on clothing sales, such as Century 21, have been hit particularly hard as millions of people are out of work and millions more are working from home and not needing to buy as many dress clothes.

Larger, national department store chains, such as JCPenney, Neiman Marcus and Lord & Taylor have filed for bankruptcy during the pandemic, with Lord & Taylor announcing its own plans to shut down.

But Century 21 said the final straw was the fact that it did not get $175 million it had filed for under its business interruption insurance. It said the policy had saved it in the wake of the September 11 terrorist attacks — it had a store directly across the street from the World Trade Center, which was destroyed. But it said it has not been able to get the payment this time.

US stocks opened higher on Thursday, as the rebound from the late summer selloff continues at a more moderate pace.

It’s only the third trading day of this shortened week and it’s been a wild ride between the Nasdaq Composite falling into correction territory and stocks roaring back with their best day in months.

Economic data did little to sway investors’ view of the market on Thursday, even though initial jobless claims were unchanged from the prior week, which could be a bad sign for the labor market recovery.

Kristin Urquiza, whose father died from the coronavirus, says President Trump’s remarks to journalist Bob Woodward on the virus are “simply inexcusable.”

“It is a punch in the stomach for me and every single person who has either contracted the virus or has died from the virus. It is clear that the President lied to the American public. It's undeniable,” Urquiza said on CNN’s “New Day.”

Trump told Woodward that he knew Covid-19 was deadly but “wanted to always play it down” to avoid creating “a panic.”

“My father didn't panic. Instead, he died,” Urquiza said. “That is what happened to tens of thousands of people across the United States, because of his decision, and because of that, I think he needs to resign.”

“On his death bed, he told me that he felt betrayed by the President, and this is just the nail in his coffin,” she said.

An elementary school teacher died of coronavirus complications a week into the start of the school year in South Carolina.

Demetria Bannister was diagnosed with the virus Friday and died Monday. The 28-year-old had taught at the Windsor Elementary School in Columbia for five years, CNN affiliate WIS reported. She started her third year of teaching third-grade students virtually on August 31.

In addition to teaching, Bannister was also passionate about music, and worked with the school choir in various projects. She also hosted a student club for aspiring singers.

At a school attendance event last year, she wrote a song about the importance of not missing classes to the tune of "Old Town Road," the popular song by rapper Lil Nas X.

"The song and video were a big hit with our school family," Quickel said. "Ms. Bannister loved her students and never missed an opportunity to advocate for students and public education." 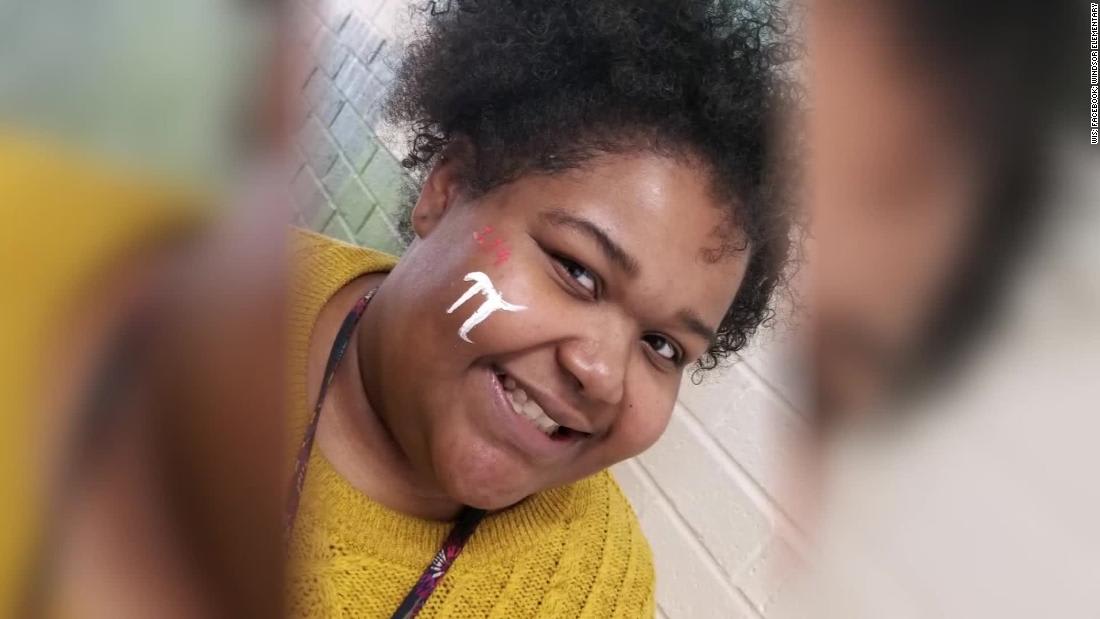 Another 884,000 Americans filed for first-time unemployment benefits on a seasonally adjusted basis last week, the Labor Department reported on Thursday. The number of claims filed was unchanged from the prior week.

That said, the headline number only counts claims for regular benefits that not everyone who lost their livelihood due to the pandemic has access to.

That's why claims for benefits under the Pandemic Unemployment Assistance (PUA) program, that help workers like independent contractors, are so important. First-time claims under the PUA program totaled 838,916 last week, up from the prior week.

A majority of Americans — 62% — believe political pressure from the Trump administration will cause the US Food and Drug Administration (FDA) to rush approval of a coronavirus vaccine before Election Day on November 3, according to a new Health Tracking Poll from the Kaiser Family Foundation (KFF)

The KFF poll, conducted between August 28 and September 3, found 85% of Democrats, 61% of independents and 35% of Republicans believe the FDA would cave to pressure from President Donald Trump and push through a Covid-19 vaccine before ensuring it’s safe and effective.

More women than men — 70% compared to 55% — said they worried the FDA would rush approval of a vaccine, the poll found.

If a Covid-19 vaccine was ready and available for free before the upcoming election, just over half of respondents, 54%, said they would not get one, while 42% said they would

However, 81% of those surveyed said they don’t believe a coronavirus vaccine would be available before November 3.

President Donald Trump and members of his administration have suggested in recent weeks that a vaccine could be available before November, and the US Centers for Disease Control and Prevention (CDC) has asked states to prepare to distribute one.

The novel coronavirus has infected more than 27.8 million people worldwide and killed more than 904,000. Here's what you need to know about Covid-19:

The extradition hearing for Wikileaks founder Julian Assange was halted after it was revealed that a lawyer representing the US government may have been exposed to Covid-19, PA Media reported on Thursday.

The revelation prompted Assange’s defense, joined by lawyers representing the US government, to call on judge Vanessa Baraitser to adjourn the hearing.

"Court staff themselves would be at risk and you yourself may well be at risk,” Assange's lawyer Edward Fitzgerald QC told the judge.
“Our client Mr. Assange, who is vulnerable you are aware, would be at risk in court.”

Judge Baraitser agreed to the request saying she would suspend the hearing until the lawyer in question – whose identity was not revealed – was tested for coronavirus.

“Last night I was informed that one of the barristers in the case may have been exposed to the virus,” she said. "I am told the testing process will be known at some time [Friday]. Whilst the situation is uncertain the hearing should be adjourned until the outcome is known.”

The judge also asked both parties for submissions on what to do, should the test come back positive.

A private biomedical company in India has paused Phase 3 clinical trials of the AstraZeneca Covid-19 vaccine developed by Oxford University, according to a statement provided by the company to CNN.

The Serum Institute of India (SII) said Thursday that it had "paused the trial in India until further instructions from the Drugs Controller General of India (DCGI) on what to do next."

The DCGI heads the government body in charge of approving new drugs and clinical trials in India.

SII is described on its company website as the world's largest vaccine manufacturer by the number of doses produced and sold globally.

The development comes after the drug giant AstraZeneca said Tuesday that it had paused global trials of its coronavirus vaccine because of unexplained illness in one of the volunteers.

"As part of the ongoing randomized, controlled global trials of the Oxford coronavirus vaccine, our standard review process triggered a pause to vaccination to allow the review of safety data," SII said in the statement sent to CNN.

The trials were taking place at more than a dozen sites in India with more than 1,000 participants, according to a source with knowledge of the trials.

SII received approval from the Drug Controller General of India on August 3 to conduct Phase 3 clinical trials of the AstraZeneca Covid-19 vaccine.