Cathay Pacific Group, the owner of Hong Kong's flagship airline, says it's losing hundreds of millions of dollars a month as the coronavirus pandemic continues to pummel global demand for travel.

The company said Monday that its two main carriers -- Cathay Pacific and regional sister airline Cathay Dragon -- only carried about 36,000 passengers altogether last month, plunging 98.8% compared to the same time a year ago.

“We are weathering the storm for now, but the fact remains that we simply will not survive unless we adapt our airlines for the new travel market," he said in a statement.
"A restructuring will therefore be inevitable to protect the company, the Hong Kong aviation hub, and the livelihoods of as many people as possible."

Cathay was bailed out by Hong Kong's government in June. That helped give the company "time and a platform from which to transform our business and continue to operate in the short term," said Lam. "However, it is an investment that we need to repay."

The company expects a long road back to recovery. Lam noted that the International Air Transport Association (IATA) recently pushed back its global forecast for an industry rebound "by a year to 2024, demonstrating just how slow a return to pre-pandemic levels will be."

France’s daily coronavirus infections dipped slightly on Sunday, a day after the country recorded more than 10,000 new cases for the first time since the start of the pandemic.

No lockdown: A nationwide lockdown is not in the French government's "mindset" despite the "clear deterioration" of the coronavirus situation in the country, Prime Minister Jean Castex said during a televised address on Friday.

The Prime Minister said a national lockdown should be avoided and gave power to local authorities to impose restrictions, instead of the central government.

US President Donald Trump offered a glaring new example of his refusal to put medical science before politics with a large indoor rally Sunday night that made a mockery of social distancing, while the pandemic he mismanaged has now claimed more than 194,000 American lives.

The event in Nevada -- his second rally in the state in as many days -- did not only risk the health of those present, thousands of whom were packed together inside a manufacturing facility in defiance of the state's ban on local gatherings of 50 people or more. It also has the potential to turn into a super spreader event that could seed Covid-19 outbreaks in the wider community.

Trump hadn't held an indoor rally in nearly three months, since his last one, in Tulsa, Oklahoma, after which the city saw a surge in cases and multiple campaign staffers along with Secret Service agents tested positive for the virus.

The jarring scenes of the indoor event clashed with footage from the first weekend of NFL games that went ahead in cavernous empty stadiums, reflecting how almost alone the President, who might be expected to set an example, is responsible for the most dangerous breaches of his own government's coronavirus recommendations.

Rare precautions: CNN's Brian Stelter reported that major television networks, including CNN, decided not to send their crews and correspondents into the rally for their own safety. It's not unusual for media companies to take steps to shield their employees in war zones abroad, but such precautions are exceedingly rare on home soil. 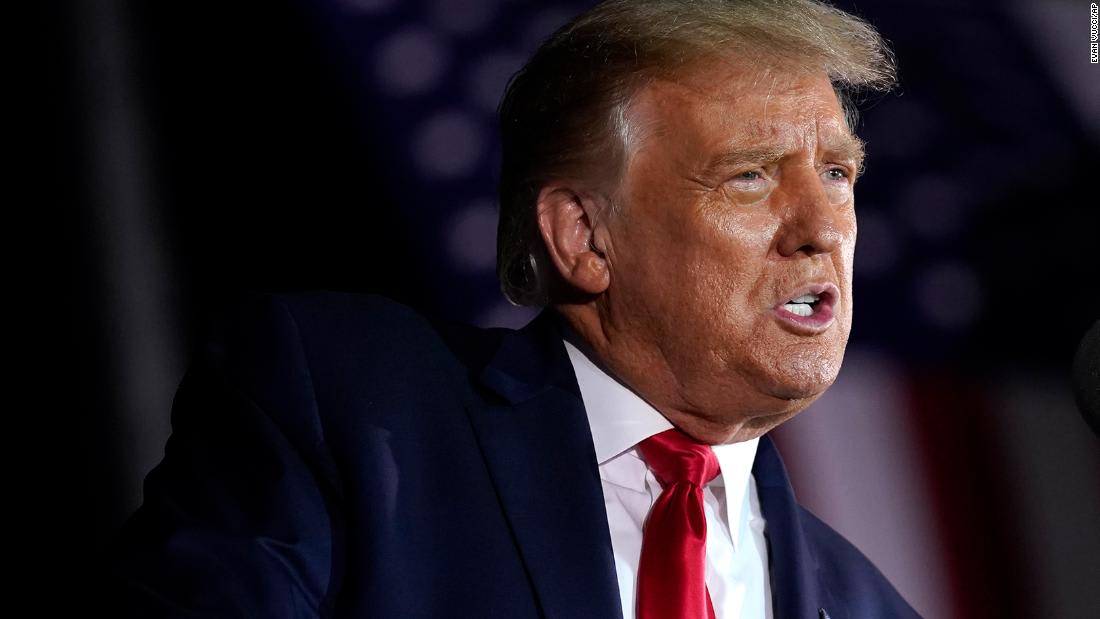 The country also reported three new deaths on Sunday, with its total death toll now at 1,455.

In the capital Tokyo, the total number of infections has surpassed 23,000, with 146 new cases confirmed Sunday, according to the Tokyo metropolitan government.

Easing restrictions: Japan has been grappling with a second wave of infections since July, with more than 1,000 cases recorded daily during its peak in August. But the daily infections have been decreasing in recent weeks, and authorities are planning to ease restrictions.

Tokyo Gov. Yuriko Koike plans to end the 10 p.m. closure request on Tuesday for bars and restaurants that serve alcohol in central Tokyo.

The Japanese government has decided to ease the attendance restrictions for events including professional sports games. From September 19, the current restriction limiting the number of attendees in stadiums and large-scale facilities to 5,000 will be scrapped.

South Korea is planning to stockpile 4 million sets of additional personal protective equipment by December to prepare for a large scale spread of the coronavirus, according to its Ministry of Health.

New cases: South Korea recorded 109 Covid-19 infections on Sunday, of which 98 were locally transmitted. Some 81 of the local cases were found in the Seoul metropolitan area, according to data from the ministry. Five new deaths were also reported on Sunday.

The race for a coronavirus vaccine shows no signs of slowing as more companies move their vaccine candidates through clinical trials, growing closer to determining which will be considered safe and effective.

One such candidate is in development by the American pharmaceutical company Pfizer, which announced along with its German partner BioNTech on Saturday they proposed expanding Phase 3 clinical trials to include 44,000 participants and more diverse patient populations, including people as young as 16.

That's up from the initial plan of 30,000 participants, a benchmark they plan to meet next week, according to a news release.

Diversity matters: The proposal, which would need approval by the Food and Drug Administration, would allow the companies to collect more data on the safety and efficacy of the vaccine candidate while diversifying the pool of participants.

"I think we should strive to have as more diverse population as possible," Pfizer CEO Albert Bourla told CBS on "Face the Nation" Sunday, stressing the importance of having a diverse group of volunteers given the heightened impact Covid-19 has had on communities of color.
"But right now we are not bad. Actually, we have a population that globally only 60% are Caucasians, 40%, approximately, minorities," he said. 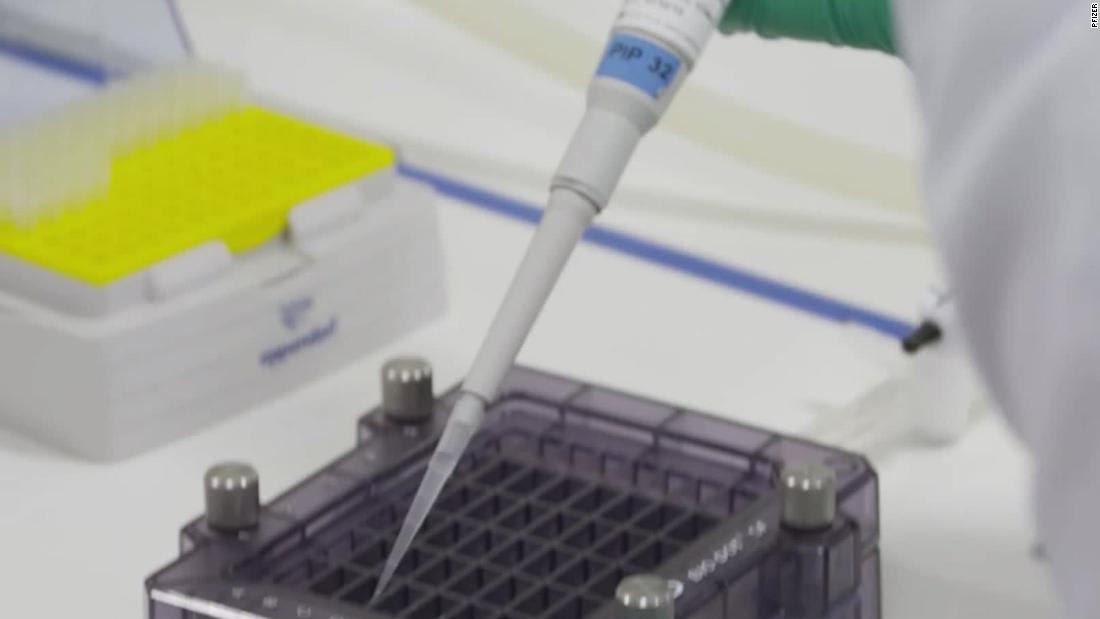 New Zealand will extend its current coronavirus restrictions for another week as the country reported one new case on Monday.

“Cabinet has decided on a short extension to the current restrictions of alert level 2.5 for Auckland and level 2 for the rest of the country,” said Prime Minister Jacinda Ardern at a news briefing.
“For Auckland, cabinet will review the current level 2.5 settings at our meeting on Monday the 21st of September with a view to increase gathering limits for Auckland if we are in a similar position for containing the cluster,” she said.

If that change was agreed, the new measures would come into effect on September 23, according to Ardern.

“As we know more cases will emerge from this cluster's tail, these cases can still continue to pose risks,” she warned.

Under the extended restrictions in Auckland, social gatherings are limited to 10 people while businesses can open as long as they follow social distancing guidelines.

Ardern said the cabinet had agreed “in principle” that the rest of New Zealand outside of Auckland will move to level 1 restrictions at 11:59 p.m. on September 21, as long as cases continue to “track as they are and maintaining the containment we have seen.”

She also praised New Zealand’s testing efforts. “Over 100,000 tests have taken place nationwide that have not shown any spread of the virus to date in other parts of New Zealand, despite the resumption of inter-regional travel," she said.

So far, New Zealand has reported a total of 1,447 coronavirus infections and 24 deaths.

This is the state's lowest daily increase in infections since June 26, according to statistics from the department.

The total number of cases confirmed in Victoria now stands at 19,870. Seven deaths were also recorded on Sunday, bringing the total death toll in the state to 730.

Protests: Over the weekend, anti-lockdown protests were held in Melbourne, leading to the arrest of at least 88 people. Video of the demonstrations showed police in riot gear arresting protesters in the streets while onlookers chanted “freedom.”

On Sunday night, Victoria also began slowly lifting certain coronavirus lockdown restrictions, according to Victorian Premier Daniel Andrews. In Melbourne, playgrounds and outdoor fitness equipment have been reopened, while those living alone or single parents are allowed to have one other person in their home.