Austria has reported a moderate rise in cases in parts of the country, including the capital Vienna.

Under Austria's pandemic traffic light system, the affected regions have been classified as "yellow," meaning that there is a slight increase in virus clusters.

Outbreaks in yellow zones can be largely controlled by official measures, according to the Austrian health authority's website.

The country's leader, Sebastian Kurz, has previously warned that Austria is on the brink of a second Covid-19 wave.

We are at the beginning of the second wave. We are facing difficult months in the autumn and winter. The number of infections is increasing from day to day," Kurz said in a tweet posted on Sunday.

He added that Austrians should continue to comply with all pandemic measures.

Austria has reported 33,541 cases overall, according to the Johns Hopkins University tally.

Overcrowded parties have forced several US high schools to go back to online learning in hopes of staving off Covid-19 outbreaks.

Two of those schools are in Massachusetts, which is reporting fewer cases than last week, and New York, which has maintained an infection rate less than 1% for 38 days.

Although the states' numbers are promising, experts have warned that people attending large gatherings are a serious threat to managing the spread of the virus that has infected more than 6.5 million and killed 194,536 people in the US. Student parties have already sent colleges and universities scrambling to manage outbreaks, and now high school administrators are working to avoid the same.

A crowded student party "that involved alcohol and complete lack of safety precautions" pushed Lincoln-Sudbury High School outside of Boston to go back to remote learning the first two weeks of school, a letter from the superintendent said. And Pelham High School in Westchester, New York, has also extended online learning after two nights in a row of students partying in the woods, the school district announced. 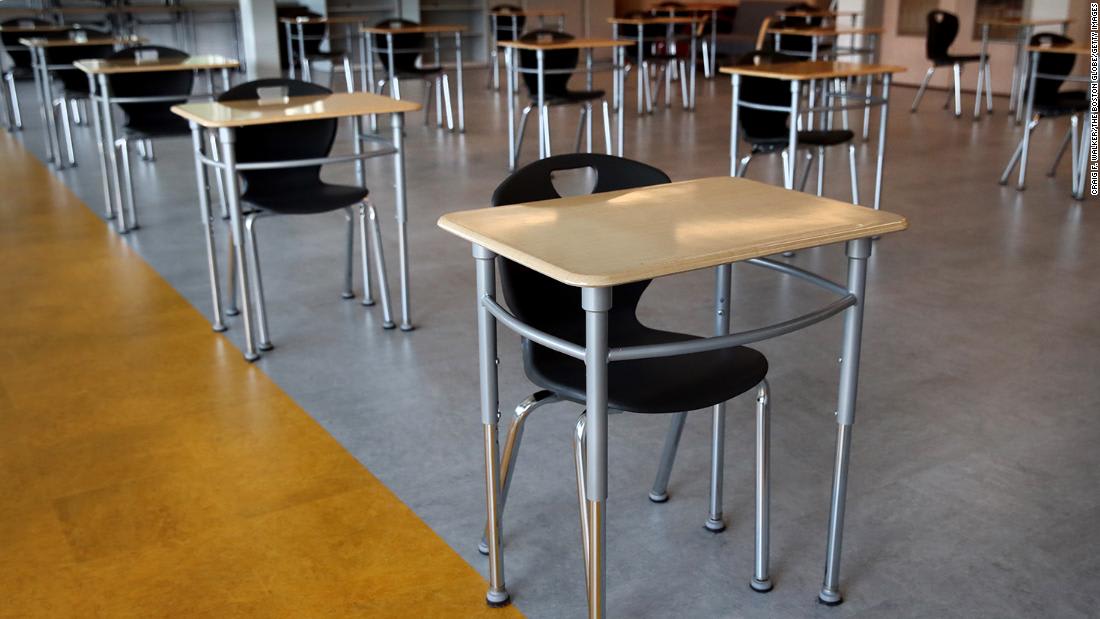 South Korea's government has said it plans to secure a Covid-19 vaccine for 30 million people in the country, just under 60% of the population.

Prime Minister Chung Sye-kyun said that the government plans to do this by negotiating with foreign companies and international organizations. South Korea has a total population of nearly 52 million.

Chung has also ordered officials to prepare inoculation plans and to support domestic companies trying to develop a vaccine.

Seoul will continue to seek other ways to import vaccines, Chung added during a press briefing Tuesday.

Kwon Joon-wook, deputy director of Korea Centers for Disease Control & Prevention Agency, said the foreign vaccine would be chosen primarily based on safety.

Those in the medical profession will receive the vaccine first, including health care workers involved in the vaccination drive and disease prevention, Kwon added.

The woman's voice shakes as she recalls her quarantine days in a Venezuela motel.

"I sometimes am sleeping at night and I wake up thinking I am in the motel," she says, tearing up. "I still feel traumatized."

She, like the more than two dozen healthcare professionals or aid workers we spoke with to inform this report, asked CNN not to reveal their identity for fear of reprisal from the Venezuelan government.

Her ordeal began when her father died in the once-oil rich city of Maracaibo, in northeastern Venezuela. Doctors suspected that he was a victim of Covid-19, though test results were inconclusive. Still in mourning, his whole family was required to take a rapid test. Hers also came back inconclusive.

From that point on, her life was completely controlled by Venezuela's government, she says -- from where she slept to what she ate.

"I was immediately isolated from that moment on. I heard nothing from my family, I didn't have any contact with them, I couldn't get anywhere near them," she says. "I felt frustrated, I thought I was going to die."

First she was put in a government-run diagnostics center for three days, where she says she shared a room with no air conditioning with four other patients. She had to share a dirty bathroom with the other suspected cases, two of whom, she says, "were in very poor health." Then she was told she would be transferred to a motel.

"Prison-like" quarantine: Doctors we spoke to say Venezuela's government has been using motels and other makeshift facilities to quarantine patients suspected of having the novel coronavirus, in a bid to separate them from the general population and keep them from overburdening the country's already depleted and crumbling hospitals. But these facilities have earned a reputation for being unsanitary, crowded and prison-like, with many Venezuelans fearing being locked inside them. 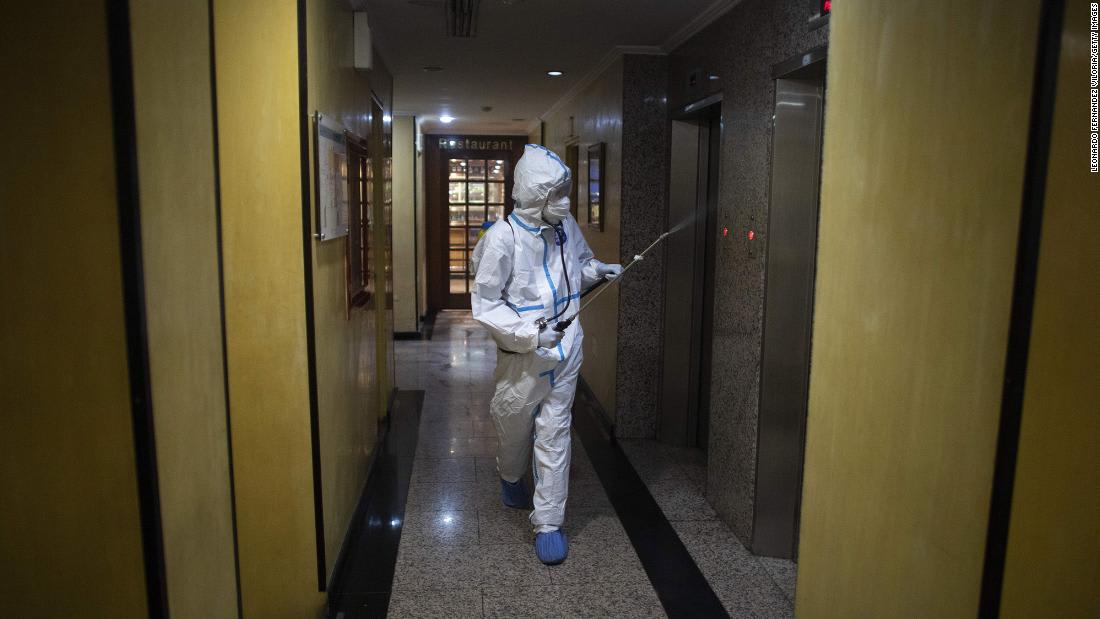 'I thought I was going to die.' Inside Venezuela's mandatory quarantine motels

Travelers eager to fly again may want to consider Italy as their next destination.

Rome's Fiumicino Airport has become the first airport in the world to earn "the COVID-19 5-Star Airport Rating" from Skytrax, an international airport industry ratings body.

Though Skytrax is best known for its annual rankings of the world's best airports, the global Covid-19 crisis prompted the organization to come up with a designation for airport hygiene.

According to a release from Skytrax, the organization based its rating on "a combination of procedural efficiency checks, visual observation analysis and ATP sampling tests."

Top marks: On September 1, the airport opened a 7,000-square-foot Covid testing center, which is co-managed with the Italian Red Cross.

But it's not only organized, rapid testing that Skytrax noted in its review of FCO. The airport scored points for having easy-to-read signage in multiple languages, strict enforcement of mask wearing, visibly present cleaning staff and efficiency thanks to the consolidation of all incoming and outgoing flights to a single terminal for easier tracking.

Two passengers on separate flights were forced to disembark from planes in Japan this month after refusing to wear masks while on board.

One incident occurred Saturday and involved a Hokkaido Air System Company flight from Hakodate to the island of Okushiri, both of which are located in the northern province of Hokkaido. One man who was not wearing a mask was ordered off the plane by the captain, according to Matsuhiro Ohta, a public relations official with Hokkaido Air System Company, which is a subsidiary of Japan Airlines, delaying the flight by a half hour.

Ohta said that it appeared the issue stemmed from miscommunication -- the passenger claimed after he was forced off the flight that he was developing a rash while wearing the mask. However, Ohta said the passenger was unruly and uncooperative and that his refusal to wear a mask was only part of the reason he was not allowed to fly.

The other incident occurred on September 7. A Peach Aviation flight from the city of Kushiro in Japan's north to Osaka was forced to make what the airline called an "unscheduled stop" after a passenger refused to put on a mask despite repeated requests from flight attendants. The company told CNN that it is not ruling out taking legal action against the passenger.

Ultimately, the flight made its way to Osaka after a delay of two hours and 15 minutes. 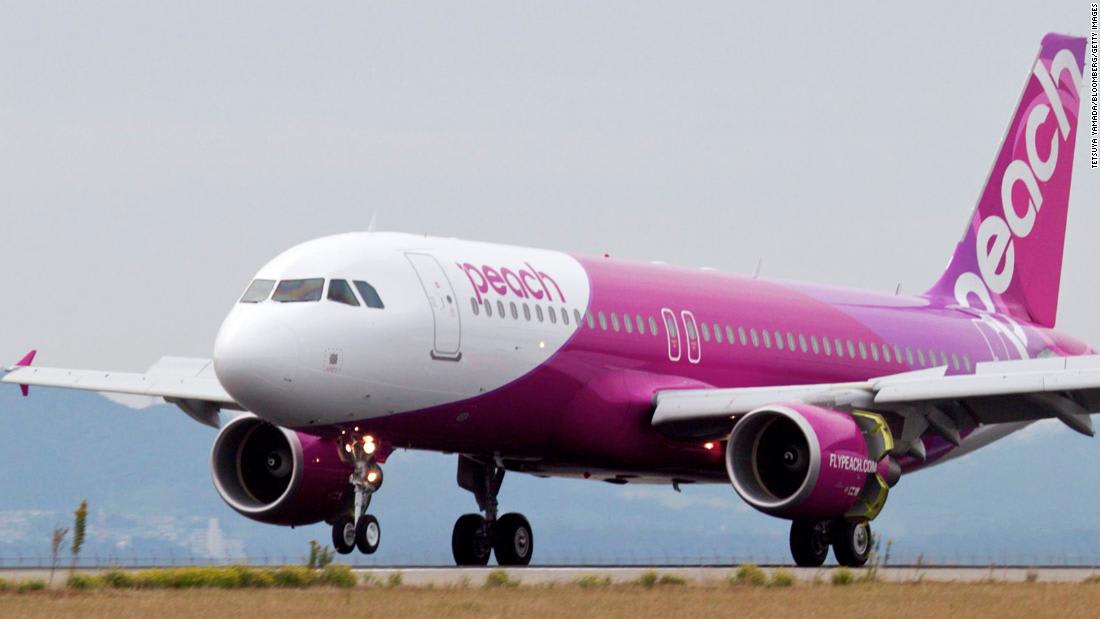 As athletes recover from Covid-19, taking images of their hearts to screen for inflammation may help doctors determine when it could be safe to get back in the game, new research suggests.

The small study -- conducted by researchers at Ohio State University -- found in cardiac magnetic resonance images, or MRIs, that among 26 of the university's competitive athletes who were recovering from Covid-19, four showed signs of inflammation of the heart muscle, called myocarditis.

"Our objective was to investigate the use of cardiac magnetic resonance (CMR) imaging in competitive athletes recovered from COVID-19 to detect myocardial inflammation that would identify high-risk athletes for return to competitive play," the researchers wrote in a research letter published in the journal JAMA Cardiology on Friday.

The researchers performed cardiac magnetic resonance imaging on 26 competitive athletes referred to the university's sports medicine clinic after testing for Covid-19 between June and August. The athletes were involved in football, soccer, lacrosse, basketball and track -- and none had illness severe enough to require hospitalization.

Only 12 athletes reported having mild symptoms, such as sore throat, shortness of breath or fever, while others did not show any symptoms, according to the study. The cardiac imaging was performed after each athlete quarantined for at least 11 days.

The imaging showed that four athletes, or 15%, had findings consistent with myocarditis and eight additional athletes, or 30.8%, had signs of prior myocardial injury. It's unclear from this study if this inflammation will resolve itself or produce lasting damage. 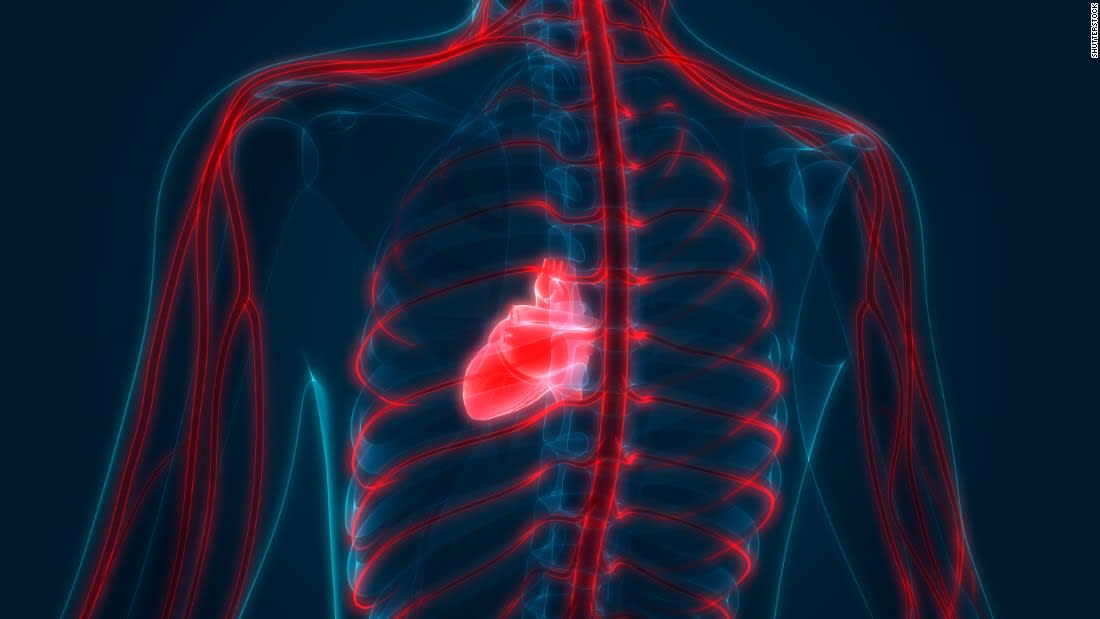 Since many Florida public schools opened their doors about a month ago, the number of children under 18 who have contracted Covid-19 statewide has jumped 26%, state data show.

Gov. Ron DeSantis continues to push for in-person instruction across the Sunshine State. Even though his administration has released county-level data that indicates the 26% jump, it has not released school-level Covid-19 data for all K-12 public schools, which CNN began asking the state Department of Health for on August 31.

On September 2 -- nearly two weeks ago -- state officials said by email the data would be released in the coming days and weeks. But still, the state hasn't provided this key information.

Lack of data: To deal with this information gap, some school districts have created their own Covid-19 data dashboards or released coronavirus case numbers on social media pages or their websites. While useful in those jurisdictions, the overall result is a patchwork of data that varies in completeness and timeliness by district at a time when students, parents, teachers and administrators are making tough decisions about whether to opt for virtual or in-person learning.

It's a problem that reverberates across the US as the White House and federal agencies come down hard in favor of reopening school but often fail to give reliable information to those on the front lines. 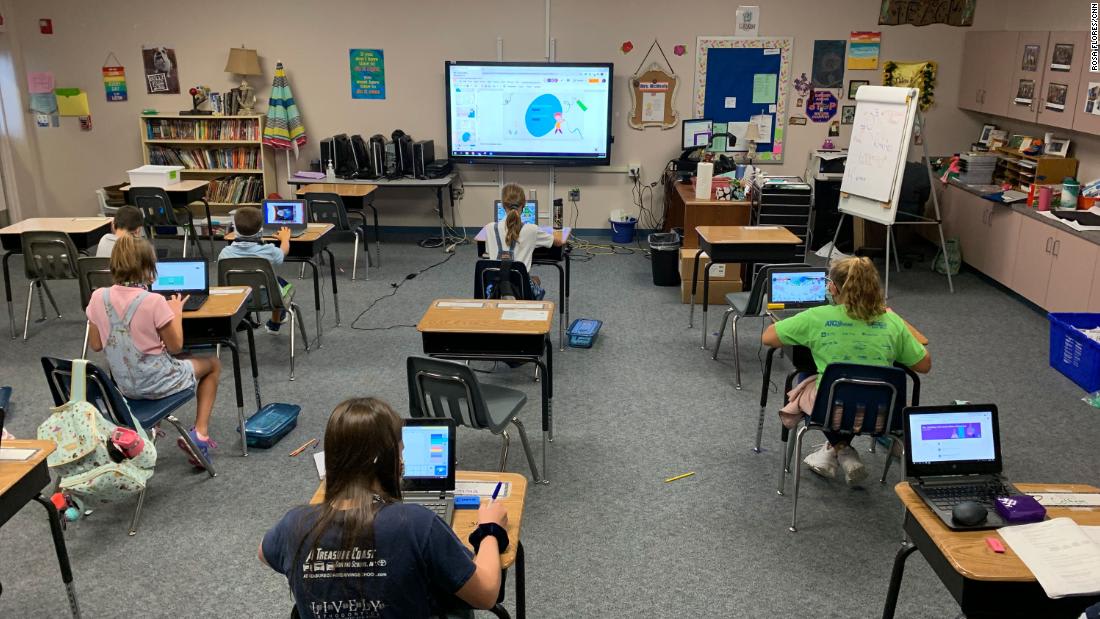 Covid-19 cases among Florida children jumped 26% in a month. It's still hard to know which schools are safe