Health officials carried out the testing between September 1 and September 14.

During the community testing program, 42 people tested positive, but five people had tested positive before the drive started and were known to authorities, Secretary for Food and Health Sophia Chan said Tuesday.

“Although the Universal Community Testing Program has come to an end, the Government will continue to extend and conduct repeated testing for target groups or vulnerable groups, and would not relax its anti-epidemic efforts,” Chan said.

Hong Kong spent $68 million on the mass testing program, according to Secretary for Civil Service Patrick Nip, of which $47 million was spent on medical and testing support staff.

The city offered free tests to the entire population of more than 7 million people in the program.

Hong Kong currently has 4,976 confirmed cases of the coronavirus and 101 deaths, according to the Center for Health Protection.

More than half a million children in the United States have been diagnosed with Covid-19 since the start of the pandemic, according to the American Academy of Pediatrics and the Children's Hospital Association.

The child cases are likely underreported, because the way data is collected is not consistent across states. Even then, children now represent nearly 10% of all reported cases in the US.

It's getting worse. The groups found that 72,993 new child cases were reported between August 27 and September 10, a 15% increase in child cases over two weeks.

And even though the vast majority of children have only mild symptoms after contracting Covid-19, a number of kids have suffered serious complications. Some have died.

Eli Lipman is one of the kids who has suffered from "long-haul" Covid-19. The 9-year-old has had a 100 degree fever every day for months, his dad Jonathan Lipman told CNN. Eli said he felt like "the day after you got smashed into a wall."

A version of this story appeared in the September 15 edition of CNN's Coronavirus: Fact vs. Fiction newsletter. Sign up here to receive the need-to-know headlines every weekday.

Read the full story here or sign up to the newsletter here.

India’s Ministry of Health and Family Welfare has announced that 155 health workers have died after contracting Covid-19 since March.

The ministry released the data on health worker fatalities on Tuesday, in order to provide insurance relief to the victims' families.

Maharashtra state has the highest number of health worker fatalities with 21, including six doctors.

The majority of the deaths are among social healthcare workers, multi-purpose health workers and auxiliary nurses.

A total of 64 doctors have succumbed to Covid-19 across India since March.

India has seen a steady uptick in the number of confirmed virus cases. On Tuesday, the health ministry recorded more than 83,000 new cases, bringing the country’s total to 4.9 million patients.

It is “unacceptable” that some people in the UK have reportedly been asked to wait weeks, or travel hundreds of miles, for a coronavirus test, the country's Home Secretary said on Tuesday.

“Clearly there is much more work that needs to be undertaken,�� Priti Patel told the BBC. “Coronavirus is increasing, and therefore the demand is increasing as well for testing.”

Meanwhile, a membership organization for the National Health Service on Tuesday said that a testing shortage was starting to force some of its members’ staff to “self-isolate in the absence of a test,” and that it was concerned about preparations for the coming winter.

“The government has always seemed more concerned with managing the political implications of operational problems rather than being open and honest about them,” said Chris Hopson, chief executive of NHS Providers.

The UK Government says it is conducting just over 200,000 tests per day.

The British government has at times sent mixed messages on who should be getting coronavirus tests.

On September 9, Prime Minister Boris Johnson told the House of Commons that “the world we want to move to as fast as possible is a world in which everybody can take enabling tests at the beginning of the day, and antigen tests to identify whether or not we have the virus.”

The city also announced the easing of restrictions starting on Friday. Venues including bars, swimming pools, theme parks and clubs will be able to open, while dine-in services at restaurants will be extended until midnight.

Chan said despite the drop in cases group gatherings will still be limited to no more than four people and mask wearing in public will still be mandatory.

Hong Kong currently has 4,976 confirmed cases of the coronavirus and 101 deaths according to the Center for Health Protection.

A bipartisan group of US House members is unveiling a sweeping proposal to inject up to $2 trillion in aid to the economy amid the coronavirus pandemic, a move aimed at jump-starting talks that have devolved into bitter acrimony and finger-pointing between the White House and Democratic leaders in the heat of this election year.

The proposal touches on many of the elements under discussion -- aid to small businesses and schools, a new round of checks to Americans, more jobless benefits and funding to help with the November elections -- while achieving bipartisan consensus on issues that have left the two sides bickering for the past several months, such as money for cash-strapped states and cities.

While the proposal stands little chance of becoming law, and just specifies overall numbers while leaving out many policy details, it represents a rare bipartisan breakthrough given Congress has been locked in a partisan impasse for months after Washington poured $3 trillion in the spring to help an economy ravaged by the pandemic. 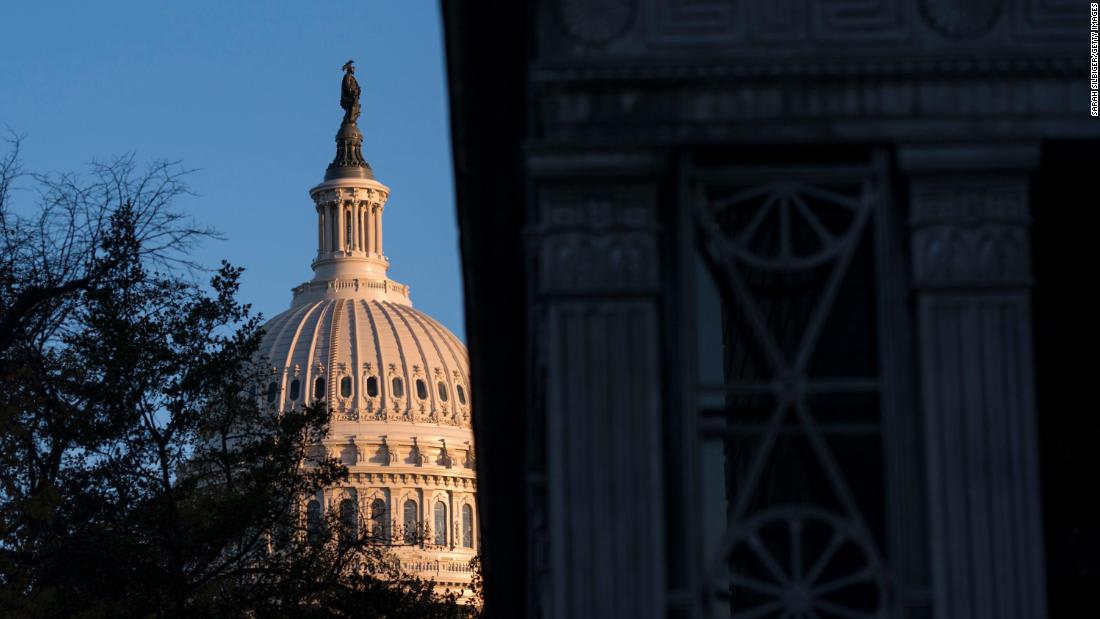 Israel smashed its daily coronavirus record with 4,973 cases diagnosed on Monday, according to the Ministry of Health, surging past the previous record of 4,217 set last week. Israel is also seeing new highs in the number of severe cases with 533 serious cases and 140 patients on ventilators.

The new record comes three days before Israel is set to enter a second general lockdown to bring the numbers under control, making it perhaps the first country in the world to reimpose a general lockdown. Although not as strict as the first lockdown in April, the new restrictions, scheduled to last three weeks through the Jewish high holidays, will see the closure of schools, restaurants (except delivery), entertainment venues and more. Gatherings will be limited to 20 people outdoors and 10 people indoors.

The record also comes with Prime Minister Benjamin Netanyahu in Washington DC for a signing ceremony of normalization agreements with the United Arab Emirates and Bahrain. The ceremony itself has sparked concerns over the spread of coronavirus, since the White House is expecting a crowd of hundreds of people and is not requiring the wearing of masks, which is obligatory in Israel.

“We are expecting to keep it as distanced as possible,” a senior White House official told CNN.

The coronavirus pandemic has pushed the world's economies into historic slumps. But China is bucking the trend.

The world's second largest economy has been in recovery mode for months. Now, consumers are starting to spend more, pushing retail sales up to 3.36 trillion yuan ($495 billion) in August, a 0.5% increase over the previous year. While small, the gain marks the first time sales have increased in 2020.

Chinese authorities touted the uptick at a monthly press conference Tuesday, and pointed out that the country is seeing economic improvement elsewhere, too.

"The job market has stabilized, and travel restrictions have loosened," said Fu Linghui, a spokesman for National Bureau of Statistics.
"People are more willing to come out and spend." 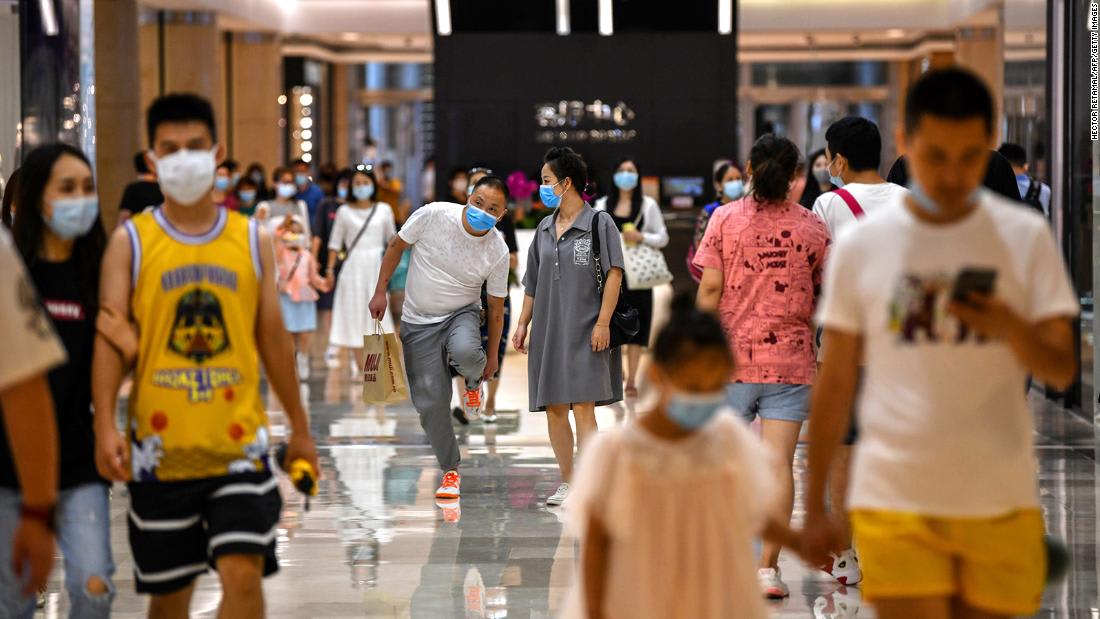 Austria has reported a moderate rise in cases in parts of the country, including the capital Vienna.

Under Austria's pandemic traffic light system, the affected regions have been classified as "yellow," meaning that there is a slight increase in virus clusters.

Outbreaks in yellow zones can be largely controlled by official measures, according to the Austrian health authority's website.

The country's leader, Sebastian Kurz, has previously warned that Austria is on the brink of a second Covid-19 wave.

We are at the beginning of the second wave. We are facing difficult months in the autumn and winter. The number of infections is increasing from day to day," Kurz said in a tweet posted on Sunday.

He added that Austrians should continue to comply with all pandemic measures.

Austria has reported 33,541 cases overall, according to the Johns Hopkins University tally.