In-person voting has officially started in some parts of the United States for the November 2020 election, with at least 10 states allowing residents to begin casting their votes in September.

Alabama was first out of the gate, allowing voters to cast an absentee ballot in person as of September 9. Pennsylvania followed on September 14, and Minnesota, South Dakota, Virginia and Wyoming started on September 18.

Delaware, Vermont, Illinois and Michigan round out the September calendar. In October, voters in at least 35 states and DC can begin voting early or absentee in-person.

Voting in person is a cherished right for many Americans -- and for people concerned that their ballot might be lost in the mail, delivering their mail-in or absentee ballot may be their preferred option this year.

Standing in long lines at the polling center with people who may or may not be wearing masks, often inside buildings without good ventilation, certainly raises your risk of catching Covid-19.

But there are things you can do to reduce risk if you vote in person. 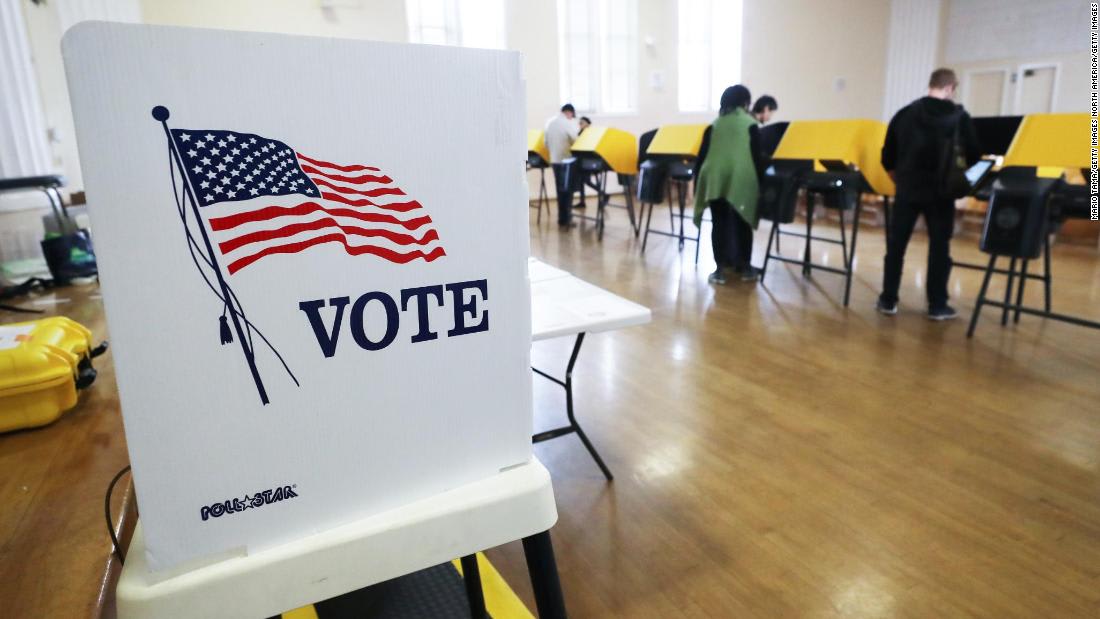 In-person early voting: How to stay safe from Covid-19

Australia is set to increase its cap on the number of its citizens allowed to return to the country each week from 4,000 to 6,000, Prime Minister Scott Morrison said in a Friday news conference.

"With the improvements and with the success that we've had as a country in recent months, we can start opening that up again and we can start helping Australians get home," Morrison said.

The restriction on the number of returning Australians has meant some international flights into the country have been 90% empty, CNN has previously reported.

That is despite as many as 25,000 Australians abroad waiting to return home, the federal government has acknowledged.

All travelers to Australia are required to spend 14 days in a quarantined hotel at their own cost.

Morrison said Friday that Australia was working towards the first elements of a travel bubble with New Zealand.

"We're working to ensure that New Zealanders can come to Australia and Australians can return to Australia from New Zealand without the need to go through quarantine if they are not coming from an area where there is an outbreak of Covid-19," Morrison said.

Australia currently has 26,813 confirmed Covid-19 cases and 832 deaths, according to its health department.

The health department said there has been an average of 44 new cases per day in the past week, with the majority of new cases coming from Victoria.

Prince Constantijn of the Netherlands, brother to the country's King Willem-Alexander, is self-isolating after coming into “close contact” with someone who tested positive for coronavirus.

“In self isolation because of ‘close contact’ with a positive-tested person,” the prince tweeted on Friday.
“Feel like a pariah who is afraid to pass on something that I probably don’t have at all.
“Also strange to walk around unknowingly for days. Wondering if I kept enough distance, hands washed… think so.”

Prince Constantijn was pictured on Tuesday attending Prinsjesdag, the traditional opening of the Dutch parliament, without a face mask.

He said on Twitter that the contact was a week ago, so he would remain in isolation for another three days.

New Zealand has recorded no new Covid-19 cases for the first time since August 10, according to its Ministry of Health.

No infections were detected after labs processed 7,360 tests on Thursday, the ministry said Friday.

Last month a cluster of cases in the country's largest city, Auckland, ended a run of 102 days without a case of community transmission in the nation of 5 million people.

The Auckland cluster is now under control, the New Zealand government said this week, with 54 people connected to the outbreak remaining in managed isolation.

The oceans have emptied over the past few months, with seagoing voyagers around the world seeking safe harbor amid fears that Covid outbreaks or restrictions could leave them stranded with nowhere to go.

Which makes the decision of one Italian family to embark on an epic adventure in a sailboat seem all the more courageous or, in the eyes of some, foolhardy.

Stefano and Sara Barberis, a couple in their 40s from a small town in the northern region of Lombardy, have sold their house to fund their year-long trip, during which they aim to cross the Atlantic, explore the Caribbean and perhaps further afield.

Accompanying them will be their three children, Iago, aged 11, Nina, aged eight, and Timo, a three-year-old. Pepper, a Labrador dog, will also be along for the ride. 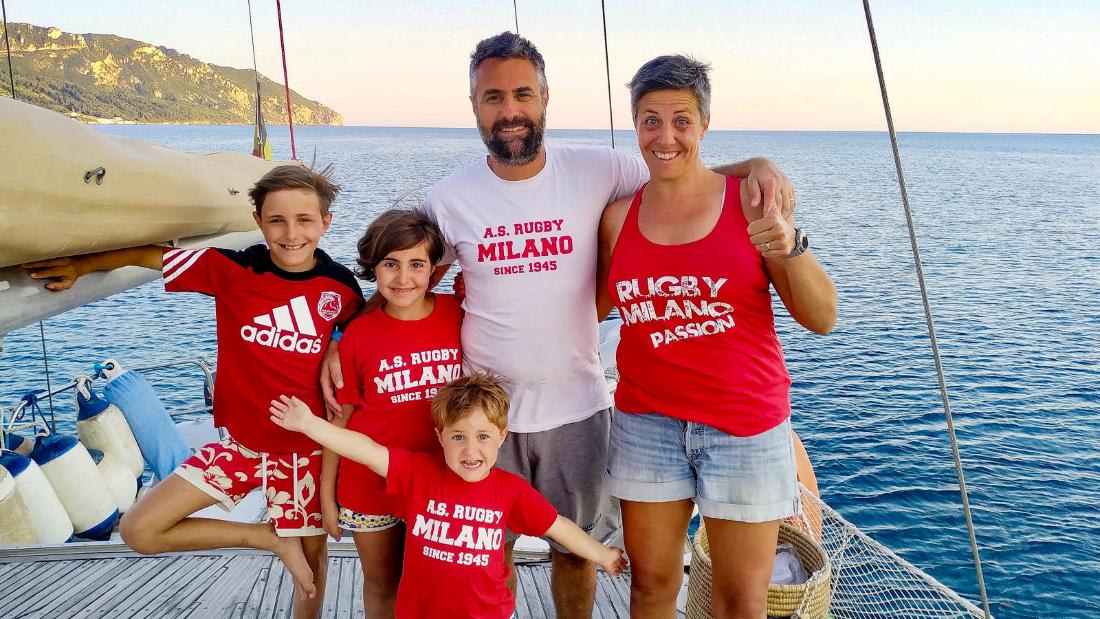 Covid has stopped most adventures. But this family is still setting sail on an epic voyage

A New Year's Eve firework display which traditionally takes place in central London has been canceled this year, said Sadiq Khan, the city's Mayor. Speaking to the radio station LBC on Friday, Khan said the official celebrations have been halted to prevent crowds congregating in the center of the British capital.

According to Khan, the threat of the virus means that “we simply cannot afford to have the numbers of people who congregate on New Year’s Eve congregating.”

Khan also said that local curfews and lockdowns “may well be coming to London” as case numbers continue to rise in the city. Referencing restrictions in northeast England that force pubs, bars, and restaurants to close at 10 p.m., Khan said that similar restrictions may be introduced in London if necessary, to curb the spread of the virus.

Khan said he was “keen to avoid” such restrictions being imposed in the city, but “fully supported the rule of six”, which bans more than six people gathering in England.

The Mayor said that he and his team are looking into doing “something that people can enjoy in the comfort and safety of their living rooms on TV.” He added that that London can’t afford to lose the New Year's Eve slot and the opportunity it provides to showcase to the world “how wonderful our city is.”

The demand for coronavirus tests is exceeding supply in the Netherlands, Dutch Health Minister Hugo de Jonge said Friday, as the government announced that medical and education workers would get testing priority from Monday.

It will still be a few weeks before everyone with complaints will again be able to be tested quickly,” the minister tweeted.

Rutte was asked in the Dutch Parliament on Thursday to confirm reports that the new measures would involve making cafes and restaurants close early in some areas of the country.

The PM said that ministers were "still discussing" what action to take with regional officials, according to NOS.

Coronavirus cases have spiked dramatically in the Netherlands, rising more than 50% week over week. The daily reported infections are now higher than they were this spring, with 1,756 new infections reported on Thursday, according to the National Institute for Public Health and the Environment.

When the presidents of two historically Black colleges in the US announced they were participating in a Covid-19 vaccine trial, they hoped to encourage other African Americans to do the same to ensure that an eventual vaccine has been tested on -- and is effective for -- people of color.

Instead, they've been met with widespread skepticism from people who point to the United States' history of unethical medical experiments on Black people.

Presidents Walter Kimbrough of Dillard University and Reynold Verret of Xavier University sent letters to their university communities earlier this month saying they decided to participate in a Phase 3 trial of a vaccine in development by Pfizer.

Overcoming the virus will require the availability of vaccines effective for all peoples in our communities, especially our black and brown neighbors," they wrote. 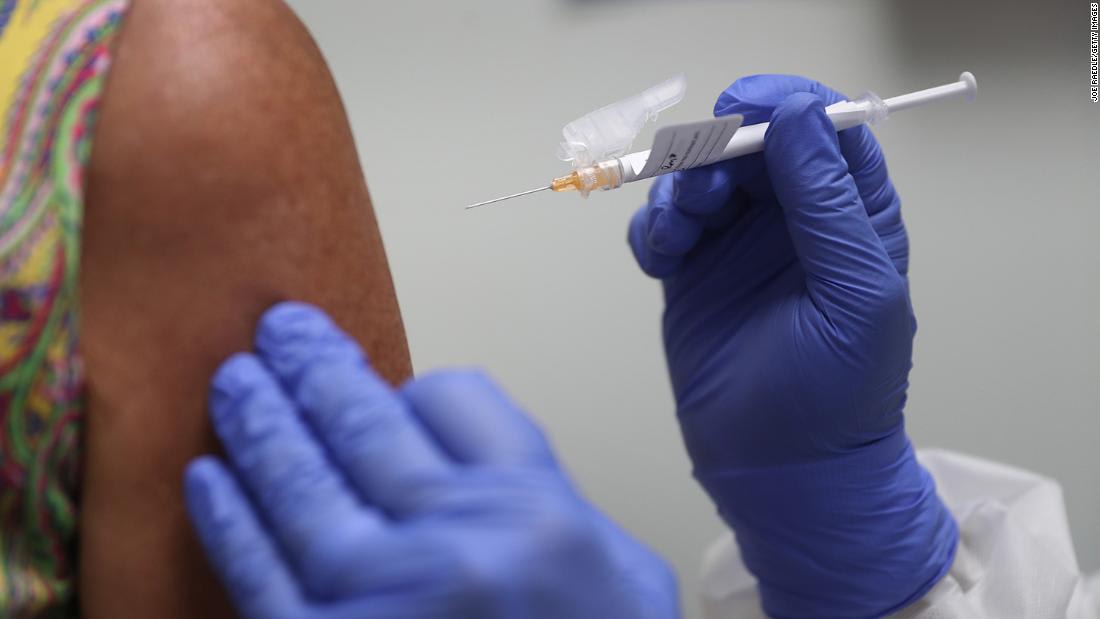 Two HBCU presidents join Covid-19 vaccine trials, but it will take a lot for Black communities to overcome mistrust of medical experiments

Jordan will imprison people who organize social gatherings for up to a year, Minister of State for Media Affairs Amjad Adaileh said in a Thursday news conference, according to state news agency Petra.

The strict penalties were brought in “to prevent... violations that caused [a] higher [infection] rate and triggered a surge in the Covid-19 cases during the past days,” the minister said, according to Petra.

Jordan moved quickly in mid-March to impose a strict lockdown and a state of emergency to curb coronavirus cases. As a result the country had one of the lowest infection rates in the Middle East.

In June, the government lifted restrictions after cases dropped to less than 10 a day.

But Covid-19 has surged in the country over the past month, with total infections reaching 4,131 after 279 people were reported to have coronavirus on Thursday.

The new rules threaten to sanction anyone who organizes "a flouting gathering” and threaten jail sentences "for a period ranging from three months to a year.”

“In case legal gatherings are held, attendees are requested to adhere to social distancing rules, wear face masks, and avoid handshaking,” Adaileh said according to Petra, adding that establishments were responsible for capping the number of people who could gather inside.

On Thursday, Jordan also imposed a two-week closure of schools after cases were reported in two areas in the Karak region, according to Petra.