An influential coronavirus model has updated its forecast for January, predicting a “most likely” scenario of 378,321 US deaths by January 1 – a drop compared to the estimation just a week ago.

The new Covid-19 forecast from the Institute for Health Metrics and Evaluation (IHME) at the University of Washington projects 36,769 fewer deaths than it did last week. In that earlier prediction, it forecast 415,090 US deaths from the coronavirus.

“This decline is driven by steeper than expected declines seen in deaths in several states. In our model, these declines push out further into January and February the expected seasonal surge, reducing the number of deaths expected by January 1,” the IHME explained.
“We expect over 3,000 deaths per day by the end of December. Between now and January 1 we expect approximately 180,000 deaths.”

Even fewer people would die if universal mask mandates were put in place, IHME said – an estimated 263,483 people. But if current mandates are eased, the number of projected deaths soars to 445,605.

If mandates are eased, the IHME calculates that 8,571 people would die every day in the US by Jan. 1. Currently, the model projects 3,268 daily deaths – and that would tumble to 1,322 if universal mask use were in place.

“Even if herd immunity were to occur at a low level, such as 40% (the level seen in Mexico City now) with cumulative infections, by January 1, the US epidemic would only be less than half over,” the IHME notes.

Baseball legend David Ortiz admitted Friday to having had Covid-19.

"Yeah, man, I just got it. I just had my last test yesterday. Thank God I tested negative," Ortiz said, adding that he was asymptomatic so he didn't struggle too badly.

"My brother had it really bad, he had to be in the hospital for about a week. He ended up losing like 25 pounds and, man, this is no joke. You don't realize how crazy this is until it hits home."

The US reported 6.7 million cases of Covid-19 and over 198,000 deaths as of Friday, according to Johns Hopkins University's tally of cases.

Ortiz's bout with Covid-19 comes more than a year after he was shot in the Dominican Republic. He was in intensive care for almost two weeks and returned home in July 2019.

The young woman and her sister had traveled across Europe just as the coronavirus pandemic was taking off there, visiting Milan and Paris before heading to London.

When the woman left London on March 1, she had a sore throat and cough as she boarded a flight home to Vietnam. But no one noticed.

By the time she got off the flight in Hanoi 10 hours later, 15 other people who had been on the plane with her were infected, researchers reported Friday.

This story is one of two published Friday demonstrating how coronavirus can spread on airline flights, and suggesting that simply spacing people out a little will not fully protect them.

In another incident, passengers on a flight from Boston to Hong Kong appear to have infected two flight attendants. 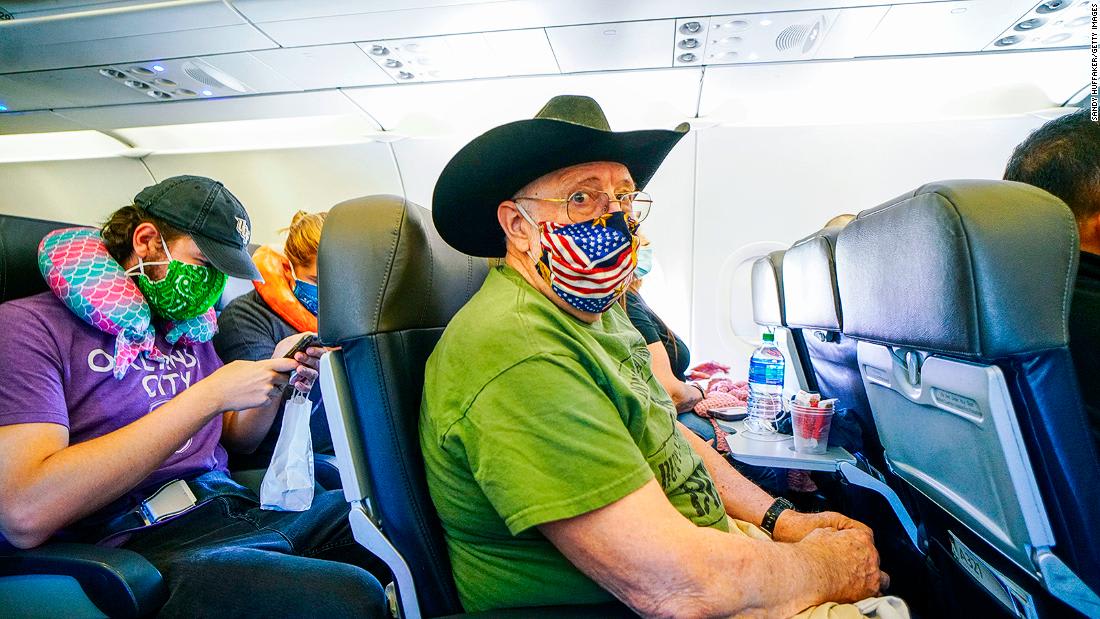 The idea that anyone can say there’s going to be a coronavirus vaccine before the studies have even been completed is stunning, Dr. Richard Besser, a former acting director of the US Centers for Disease Control and Prevention, said Friday.

US President Donald Trump promised earlier Friday that the United States will have enough Covid-19 vaccine for every American by April.

Trump said that as soon as a coronavirus vaccine is approved, the administration will deliver it to Americans immediately -- within 24 hours -- with at least 100 million doses also available before the end of the year.

Besser, now CEO of the Robert Wood Johnson Foundation, said he was optimistic there will be a Covid-19 vaccine, because of the large effort being put into making one and the variety of different vaccine types being tested.

“But the studies haven't been done,” he added.
“And when you look at the past 30 years and infectious diseases that have devastated the world, that there's no vaccines for malaria, HIV, hepatitis C, dengue fever-- it’s not from, from a lack of trying.
“It’s because making vaccines is really, really hard.”

Besser urged health officials to continue communication around masks, social distancing and other mitigation practices, and “not wait for a vaccine to save the day.”

White House coronavirus task force member Dr. Scott Atlas told CNN’s Erin Burnett Friday that “there's no sound science that shows that you should have all populations wear a mask in all circumstances."

Atlas repeatedly stated that he agrees with US President Trump’s stance on masks.

“The President set the policy and I have agreed with his policy, which is wear masks when you cannot socially distance,” Atlas said.

Asked if he has concerns, as a doctor, about the large crowds of people gathering at Trump rallies without masks, Atlas said, “I have no problem with people taking independent responsibility for their lives.”

Trump April vaccine promise "factually true": During the interview, Atlas defended Trump’s claim that a Covid-19 vaccine will be widely available by April.

“Every American who wants the vaccine will be able to get the vaccine by April. That’s factually true,” Atlas told CNN’s Erin Burnett. “The President is exactly right on this.”

Atlas did acknowledge that no vaccine has actually been authorized or approved yet by the US Food and Drug Administration.

“Pending approval, of course, of a safe and effective vaccine, there's more than 100 million doses being manufactured by the end of the year,” Atlas said. “There are hundreds of millions being manufactured and delivered during the first three months.”

President Trump said today that the United States will have enough Covid-19 vaccines for every American by April.

There's been a lot of news about the race to develop a coronavirus vaccine lately. Here's a look at some of the biggest developments:

Most children in British Columbia can now say goodbye to those icky swabs and uncomfortable Covid-19 tests as the province launches a new gargle method for students ages 4 to 19.

“It is one of the first of its kind around the world,” said Dr. Bonnie Henry, British Columbia's provincial health officer at a news conference Thursday.

The BC Centre for Disease Control said the new test is just as accurate as tests using a nasal swab and is much easier to administer for children.

“This is a new saline gargle where you put a little bit of normal saline, so sterile water, in your mouth and you swish it around a little bit and you spit it into a little tube and that’s an easier way to collect it for young people,” said Henry.

Public health officials in British Columbia say they compared test results in both children and adults and found the rate of Covid-19 detection was very similar between the nasal swab and the new gargle test.

British Columbia is prioritizing children for the new test but hopes to expand to adults in the coming weeks.

While the sample will still have to be taken to a lab for processing, the test does not have to be administered by a health care professional.

With the majority of students in Canada are now attending school in person, Covid-19 testing is in high demand as Canada has seen a doubling of new daily cases in the last month.

New York City diners may soon see a Covid-19 surcharge on their bills as the restaurant industry continues to hobble amid the coronavirus pandemic.

The New York City Council passed a bill Wednesday 46-2 that would allow restaurants to charge as much as 10% on customers dining indoors or outdoors in order to help cover restaurants’ Covid-19 expenses.

Termed the “COVID-19 Recovery Charge,” the surcharge does not include any tax to be paid, nor applies to delivery or takeout orders. A restaurant implementing the surcharge is free to use the new funds however they like, though must also make it clear that the surcharge is not a substitute for a tip or gratuity for waitstaff.

Republican city councilman Joseph Borelli, the bill’s prime sponsor, told CNN that the new option will help owners who don’t want to go through the trouble of raising prices on their menus.

“New York was actually the only city that we knew of that actually had a ban, a 45-year-old law made when the Department of Consumer Affairs essentially reorganized, and it prevented restaurants, the only industry in New York City, from applying a surcharge,” he explained.

Schools and universities have implemented augmented learning styles as Covid-19 infections continue to be reported on campuses around the US.

Here's the latest on schools and universities around the country: