A US Centers for Disease Control and Prevention committee is expected to delay a vote about how to prioritize who will receive a coronavirus vaccine first, according to a committee member.

The CDC’s Advisory Committee on Immunization Practices had been expected to vote Tuesday on a plan to guide states in deciding who should first receive limited supplies of a vaccine once one is approved.

However, that vote was delayed while the committee’s working group studies the issue further, according to Dr. William Schaffner, an infectious disease specialist at Vanderbilt University Medical Center and a member of the committee.

“The working group has not fully worked out its plan to present to ACIP today, so the CDC has decided not to ask ACIP to vote today,” Schaffner said.

Schaffner, a member of ACIP’s Covid-19 vaccines working group, said there’s general agreement among the group that frontline health care workers should be the first to receive the vaccine. He said it’s unclear whether the next group should be people who are at high-risk for Covid-19 complications, such as the elderly and those with underlying conditions, or if it should be essential workers.

Schaffner said he did not know when the working group will come up with a plan for who should get the vaccine first.

“I’m sure the states would be assisted in their planning if they could rather quickly be given a prioritization scheme,” he said.

The news of the delay was first reported by The Wall Street Journal.

Johnson said he expected the restrictions to be in place for six months. They apply in England, he said, adding that the governments of Scotland, Wales and Northern Ireland would adopt similar measures.

Here's a look at some of the new restrictions:

The US Centers for Disease Control and Prevention abruptly dropped new guidance from its website about airborne transmission of the coronavirus yesterday, just days after publishing it.

The agency said a draft version was posted in error, before it had gone through the normal review process, and reverted to its previous guidance, which does not mention airborne transmission.

The back and forth by America's top health authority is confusing and worrying. Scientists have been calling for the risk of airborne transmission to be recognized by health authorities.

Evidence shows the virus is primarily spread through droplets that come out of people's mouths and noses. Large droplets fall onto surfaces rapidly and can be picked up on fingers and carried to the eyes, nose or mouth. That's why it's important people don't touch their faces and wash their hands regularly.

But there is now more evidence that smaller-sized droplets can remain in the air in the form of aerosol particles which can be inhaled. Several international health authorities have already acknowledged this way of transmission, stressing the need to wear masks.

A federal official familiar with the situation told CNN the guidance is "getting revised," but didn't say when the update would be posted to the CDC website.

Researchers and doctors said they were glad to see CDC was expected to acknowledge airborne transmission, but some worried the back and forth could cause more confusion about how the virus spreads and what measures will reduce the risk.

A version of this story appeared in the September 22 edition of CNN's Coronavirus: Fact vs. Fiction newsletter. Sign up here to receive the need-to-know headlines every weekday.

Coronavirus cases have skyrocketed in Lebanon where the crisis-ridden state is now considering new lockdown measures, raising the specter of a deepening financial crunch.

A combination of high infection rates, a floundering economy and renewed political turmoil could signal a new phase in the country's slew of crises which began after a popular uprising last October.
In addition to a growing financial crisis, healthcare professionals are warning that Lebanon's fragile medical sector could soon be overwhelmed, leaving the country at risk of a rapidly rising death toll from Covid-19.

On Sunday, the tiny eastern Mediterranean country reported more than 1,000 new coronavirus cases, hitting a record for a third consecutive day. Lebanon has recorded a total of 29,987 cases of the virus and 307 deaths from it since the pandemic began, according to Johns Hopkins University.

Around 10% of those testing for the virus are Covid-positive, a figure that health professionals describe as "alarmingly high." The World Health Organization (WHO) recommends that governments maintain a positivity rate of below 5% before moving to relax social distancing measures. 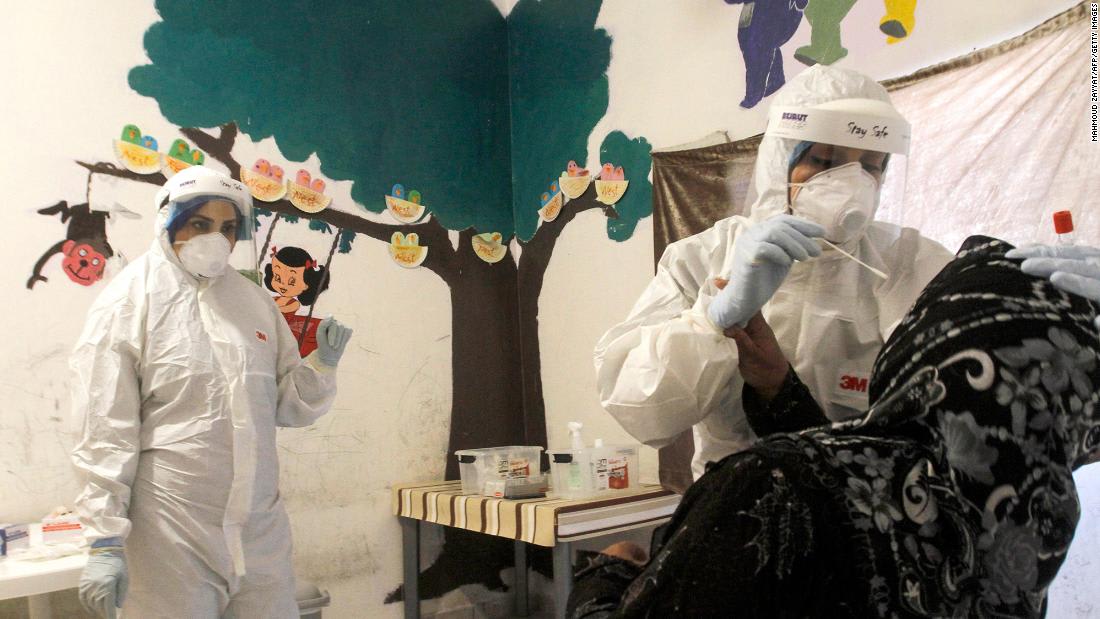 In political turmoil and economic collapse, Lebanon could now be overwhelmed by Covid-19

Older racial and ethnic minority residents in nursing homes and assisted living communities in the United States and their caregivers have been hit hardest by the Covid-19 pandemic, according to new research by the University of Rochester Medical Center.

The findings, based on newly mandated weekly data from the Centers for Medicare and Medicaid Services of more than 15,500 nursing homes, came from two studies published Monday in the Journal of the American Geriatrics Society.

The research discovered a disproportionate impact on racial and ethnic minorities in nursing homes across every state.

Nursing homes with disproportionately higher numbers of racial and ethnic minority residents when compared to their communities reported 2 to 4 times as many new Covid-19 cases and deaths per facility than other nursing homes, according to a study led by Yue Li, a professor of public health sciences. The numbers are for the week of May 25.
Disparities of this magnitude, Li said, suggest that longstanding, fundamental inequalities in nursing homes resulting from segregated facilities with limited resources and poorest quality of care are being "exacerbated by the pandemic."

A study of the incidence of Covid-19 in US assisted living communities, led by Helena Temkin-Greener, who also is a professor of public health sciences, showed a four-fold higher case fatality rate in these communities compared to the counties in which they are located. 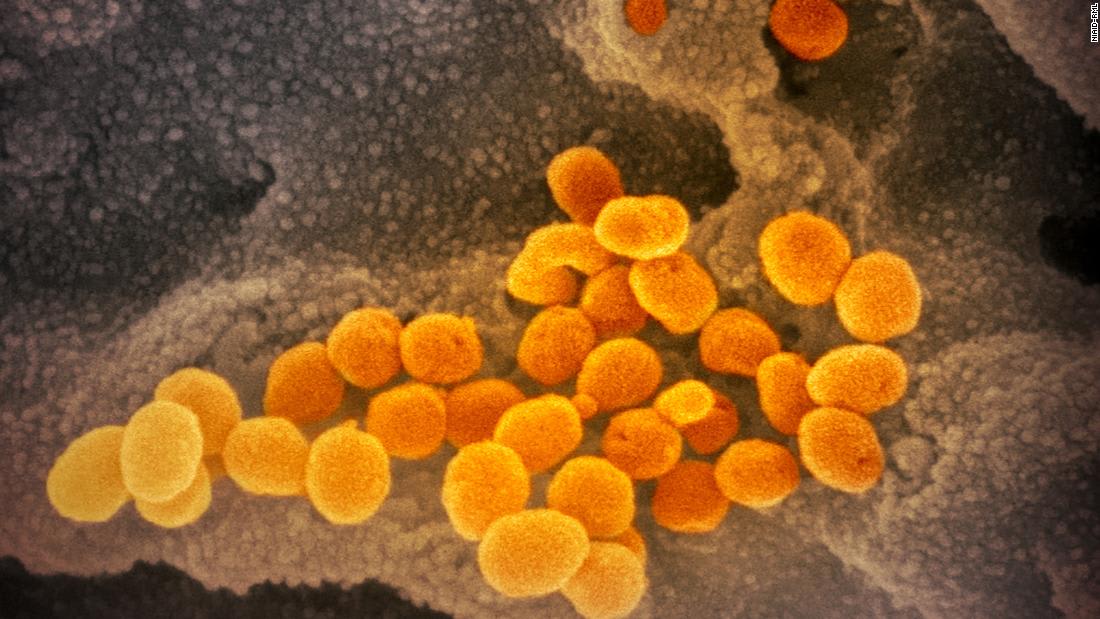 The owner of Britain's biggest hotel chain on Tuesday unveiled plans to slash up to 6,000 jobs just days before the UK government begins enforcing new restrictions on pubs and restaurants to contain rising coronavirus infections.

Whitbread, the owner of Premier Inn hotels and Beefeater restaurants, said in a statement that the layoffs could affect up to 18% of its workforce.
"This is a regrettable but necessary step to ensure that we emerge from the crisis with a lower cost base, a more flexible operating model and a stronger more resilient business," it said.

Michael Gove, a senior UK government minister, told Sky News that pubs and restaurants will have to close at 10 p.m. and offer table service only. He also said people should work from home if possible, reversing recent government guidance encouraging workers to return to their offices. Prime Minister Boris Johnson is expected to confirm later Tuesday that the new rules will take effect on Thursday.

The measures will further damage the battered hospitality industry. They could make it difficult for restaurants to do multiple sittings in one night. And the advice to work from home will knock city-center establishments that rely heavily on sales to office workers.

Whitbread's announcement underscores fears that job losses in the hospitality sector will escalate rapidly when the government ends support for wages in October and demand weakens during the winter months. The sector has already shed nearly 100,000 jobs even with government support in place, according to UKHospitality. 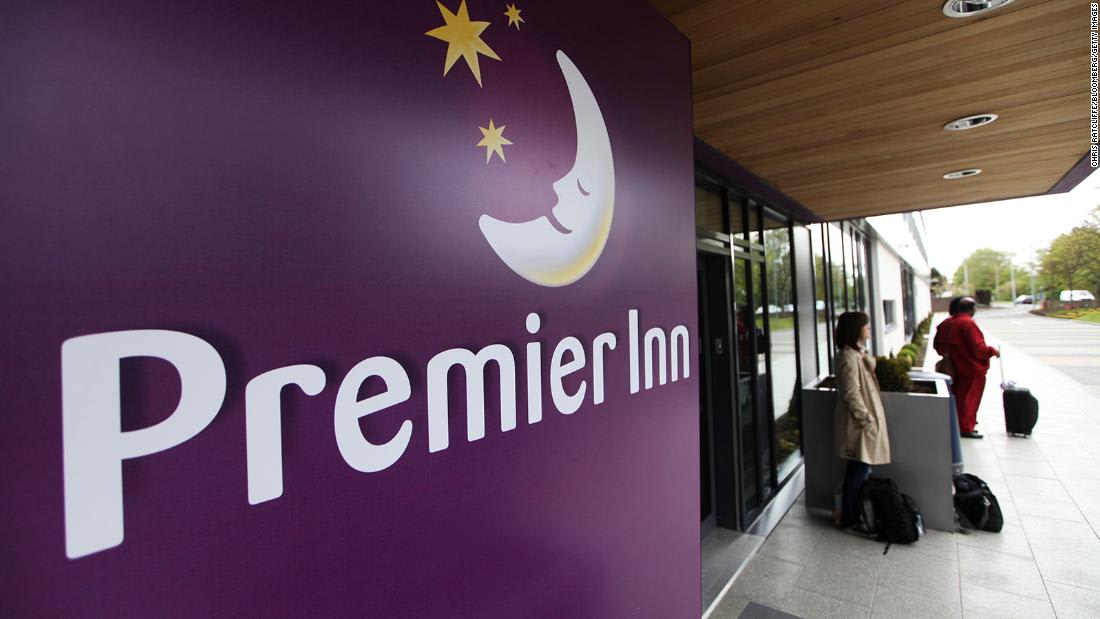 Adeline Fagan, a second year OBGYN resident living in Houston, died early Saturday after a couple months-long battle with Covid-19, her family announced in a post on a GoFundMe page established on her behalf.

Fagan had just started her second year of residency in Houston when she got sick, the GoFundMe page said.

While she mostly worked delivering babies, Fagan was doing a rotation in the ER treating Covid patients, the post said. Despite a history of asthma, upper respiratory infections and pneumonia, her sisters shared with CNN affiliate KHOU, going into work was "what (Adeline) wants to be doing."

"She wants to get out of bed every morning and deliver babies and help women," Maureen Fagan told KHOU.

Adeline Fagan arrived the morning of July 8 feeling good and "excited to see patients," but by the evening of her 12-hour shift, she began to feel "under the weather," the initial post on her GoFundMe page said.

Her symptoms were mostly intense flu-like that escalated within the week to a hospital stay. She spent weeks in the hospital battling Covid-19, was given several different respiratory therapies and put on dozens of drugs, none of which she positively responded to. 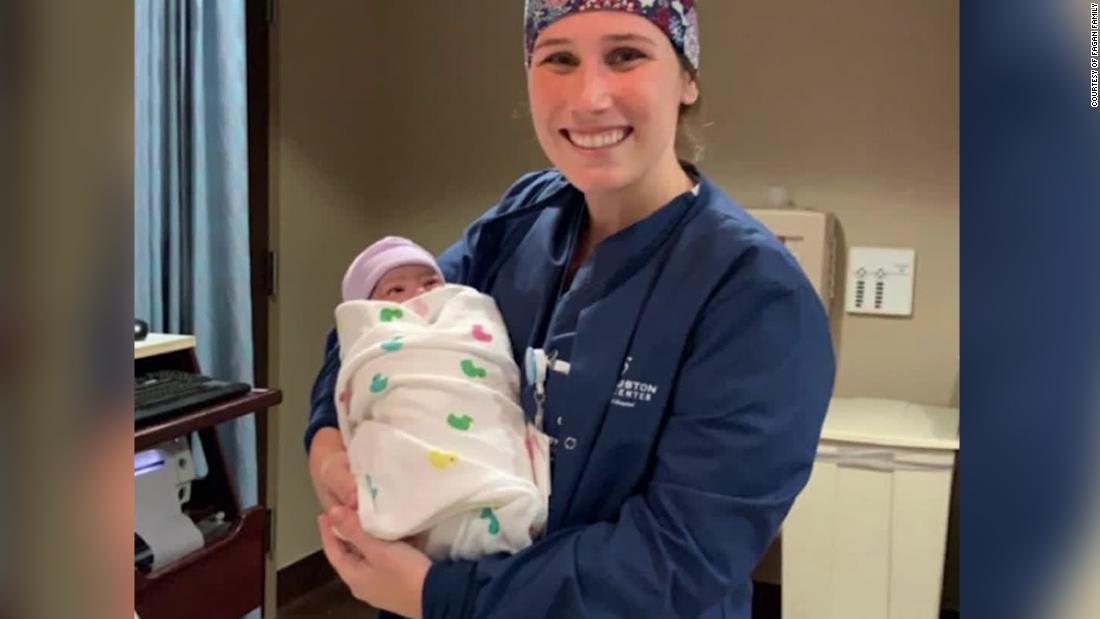 Initial plans for fans to begin the slow integration back into live sporting events in England on October 1 have been postponed, according to UK Minister for the Cabinet Office Michael Gove.

A pilot program was initially planned to be rolled out through the month of October, with events restricted to 1,000 people. However, due to the rising Covid-19 cases in the country, this will now be delayed.

If you could book a seat on a flight where you were guaranteed not to catch coronavirus, would you do it?

Alitalia is an airline betting that the answer to that question is "yes."

The Italian national carrier has announced that it will trial flights between Rome and Milan where every single passenger has to confirm that they have tested negative for the virus. These flights are identified as "Covid-tested."

There are two ways to do that: by getting tested within 72 hours of flying and bringing a negative certificate to the airport, or by getting a negative result of a rapid antigen test at the airport's Covid testing facility. These flights will have a dedicated security line for extra safety.

And the test alone isn't enough for a boarding pass: "Before boarding, a Ministry of Maritime, Air and Border Health (USMAF) doctor will check the validity of the certificate already held by passengers," Alitalia explained in a statement. 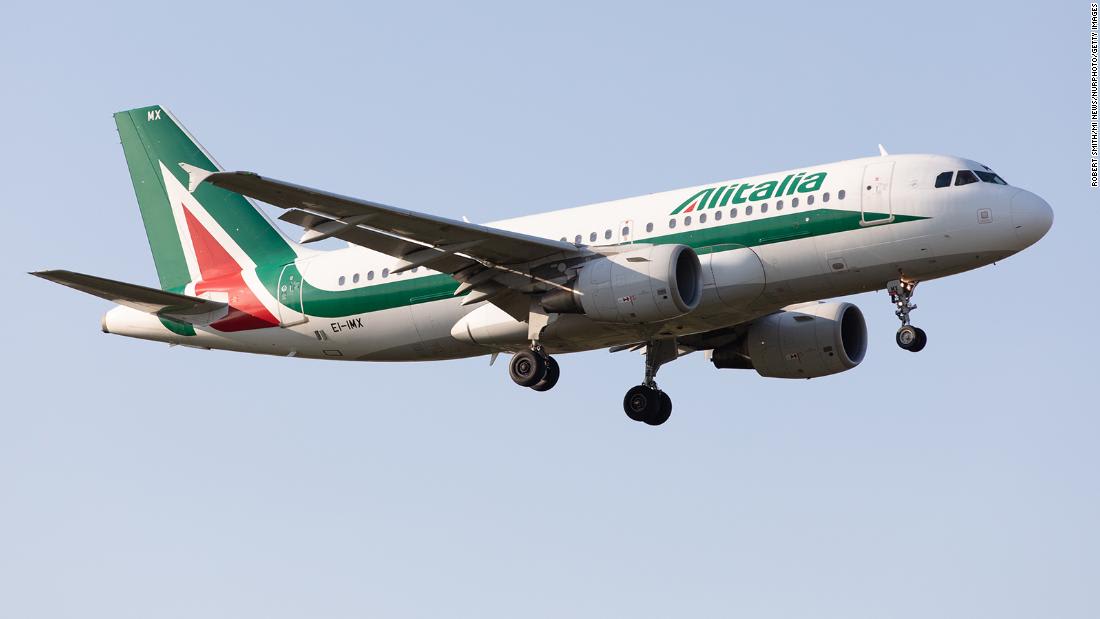