There were 55,054 new coronavirus cases reported across the United States on Friday, according to Johns Hopkins University.

That’s the highest single-day reporting of new cases since August 14, when the US reported 64,350 new cases in 24 hours.

The seven-day average of new cases reported in the US for the past week was 44,111, according to data from JHU.

Preliminary research indicates less than half of the British public could name the key Covid-19 symptoms and fewer than one in five self-isolated after experiencing symptoms, despite government guidelines.

The pre-print study from King’s College London found that around 70% of people said they “intended to self-isolate if they were to develop key symptoms," but in fact only 18.2% of those who developed symptoms in the last week actually reported self-isolating.

The study -- which has yet to be published or peer-reviewed -- collected data from 30,000 people in the United Kingdom between March and August. It found “just under half of the sample were able to name the key Covid-19 symptoms as being a persistent new onset cough, fever or loss of sense of taste or smell.”

Released on the university’s website Friday, the findings coincided with the UK reporting its highest single-day infection rise since the pandemic began -- with 6,874 new infections, bringing the total number of confirmed cases to 423,326.

“The UK public have good intentions to adhere to a test, trace and isolate system but, when they do develop symptoms, there are a number of factors that affect their decisions and their behaviour,” said James Rubin, an author of the study from King’s College London.

Men, young people, those with children, key workers, those with lower socio-economic status and those experiencing greater economic hardship during the pandemic were less likely to adhere to protective measures, the research indicated.

The results suggest adherence could be improved by clearer public health messaging and financial assistance to reduce the pressures of self-isolation, the study's authors added.

The US could see an explosion of Covid-19 cases as fall and winter set in, one expert says, joining a chorus of health officials who have warned about the challenges of the coming months.

Two things will likely help drive that expected winter surge, according to Dr. Chris Murray, director of the University of Washington's Institute for Health Metrics and Evaluation (IHME).

"First, as case counts have come down in some states, we tend to see that people become less careful, they tend to have more contact," he said. "But then the most important effect is the seasonality of the virus, that people go indoors, transmission happens more."

According to the IHME model, the country is seeing about 765 daily deaths from Covid-19, but that number could jump to 3,000 daily deaths by late December.

More than 203,000 Americans have already died from the virus since the start of the pandemic and more than 7 million have been infected, according to Johns Hopkins University. At least 24 states are now reporting a rise in new cases compared to the previous week, mostly across the US heartland and Midwest, according to data from Johns Hopkins.

Murray's warning is one that's been given by several other health officials in recent months. Over the summer, the US Centers for Disease Control and Prevention director warned the fall and winter could be "one of the most difficult times that we experienced in American public health."

And this week, leading infectious disease expert Dr. Anthony Fauci urged American cities and counties to prepare for "the challenge" of fall and winter. 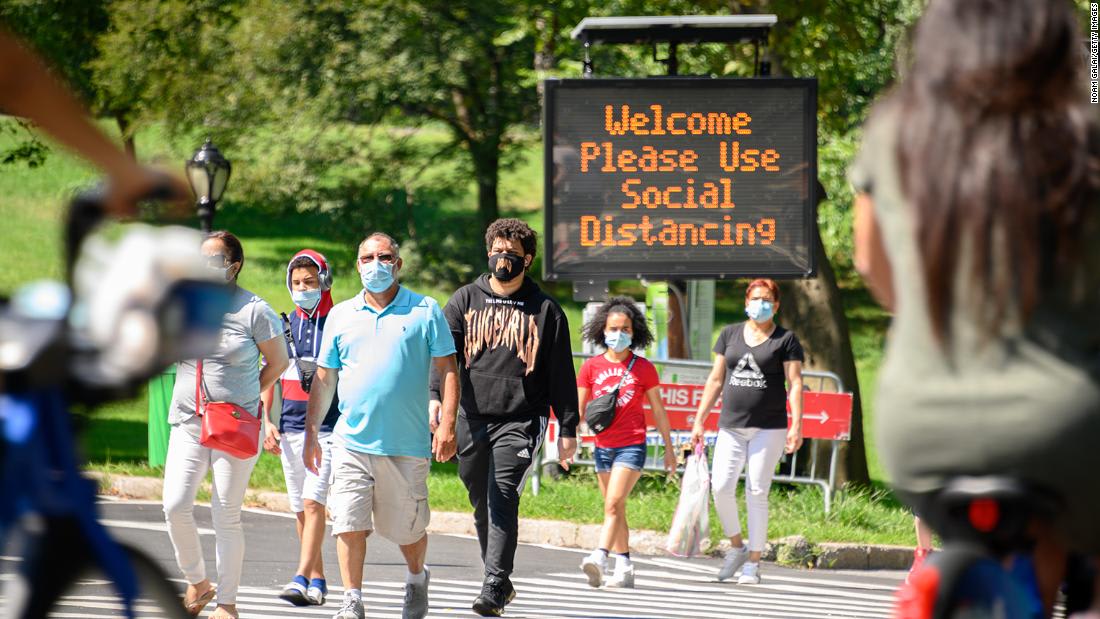 Since the pandemic officially began in March, we've been told staying home is the best way to avoid catching Covid-19. And it is. But life in confinement can cause physical ailments on its own.

Being homebound for so long contorts the body, weakens the heart and lungs and even impairs brain function. The effects of life in isolation may stay with us beyond the pandemic's end (whenever that may be).

A week homebound, whether you're working, eating or sleeping, may feel comforting and necessary. But all the inactivity can undo hard-won progress.

That's because it can take months to build muscle and just one week to lose it. Humans, for all of our hardiness, also lose muscle more quickly the older we get, said Keith Baar, a professor of molecular exercise physiology at the University of California - Davis.

When you lose muscle, you're not necessarily losing bulk, but you are losing strength, which Baar said is one of the "strongest indicators" of how long you'll live.

"The stronger we stay, the easier it is for us to maintain our longevity." 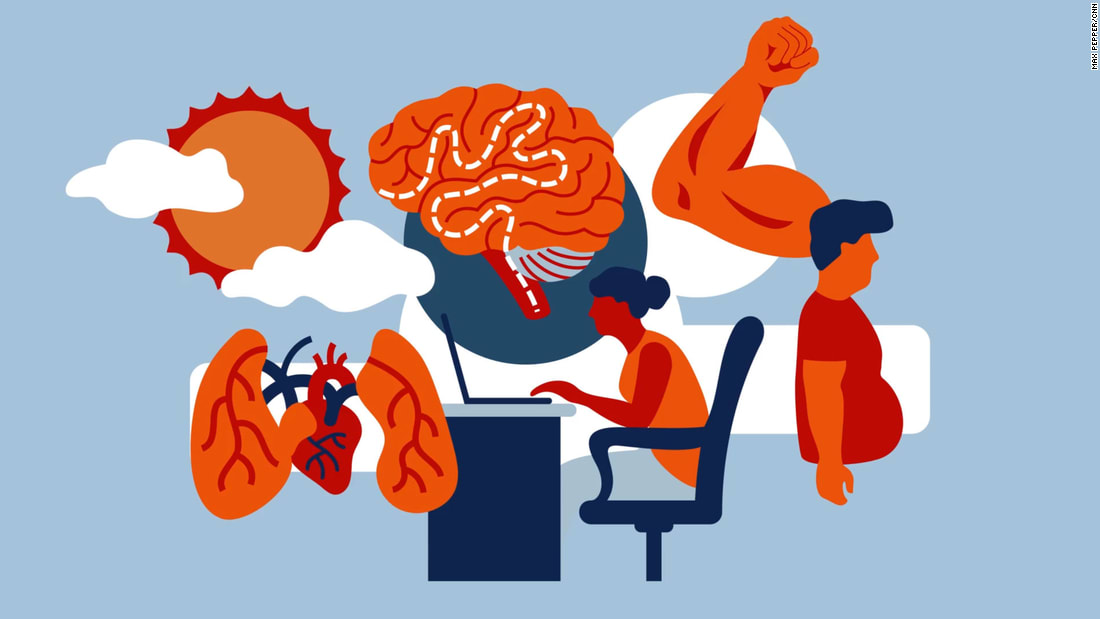 This is what happens to your body over months in isolation

Police have urged anti-lockdown protesters gathering in central London on Saturday to maintain social distancing and warned that violence towards officers will not be tolerated.

A number of demonstrations are planned, including a large event in Trafalgar Square, a Metropolitan Police news release said. Protesters are expected to move on to Hyde Park.

Commander Ade Adelekan, who is leading the police operation, said officers would continue to take the approach of engaging, explaining and encouraging people to following the regulations.

"However, if people fail to comply, and continue to put themselves at risk, officers will take enforcement action," he said.
“I know there is great frustration to these regulations, but they have been designed to keep everyone safe from what is a lethal virus. By flagrantly gathering in large numbers and ignoring social distancing, you are putting your health and the health of your loved ones at risk.”

While it is currently illegal in England for people to gather in groups of more than six, there is an exemption for protests. However, protest organizers must submit a risk assessment and comply with social distancing.

According to the Metropolitan Police, some organizers have submitted risk assessments for Saturday's demonstrations but others have not.

Adelekan urged against a repeat of the hostility police reported at demonstrations last weekend, which he said resulted in injuries to 15 officers and more than 30 arrests.

“Last weekend it was highly disappointing to see that a small minority of demonstrators targeted officers with violence," he said. "I will not tolerate a repeat of this behaviour this weekend and officers will respond quickly to any scenes of violence."

London was on Friday added to the national Covid-19 watchlist amid concern over rising coronavirus case numbers.

Speaking at a briefing, KDCA vice director Kwon Joon-wook asked people to use private vehicles and minimize the length of time they spend at rest stops if they do visit homes during the holiday, a major harvest festival that runs from September 30 to October 2 this year.

South Korea reported 61 new daily confirmed cases of coronavirus from Friday, of which 49 were local cases and 12 were imported, according to a KDCA statement Saturday.

The total number of confirmed cases for the country stands at 21,166 and the death toll is 399, as four new deaths were added from the previous day, according to Kwon.

At least 7,032,712 people have been infected with coronavirus in the United States, including at least 203,750 deaths, according to Johns Hopkins University's tally.

Victoria's Health Minister Jenny Mikakos has resigned in the wake of Premier Daniel Andrews’ testimony to the state’s hotel quarantine inquiry, in which he said she was responsible for the bungled scheme that resulted in a devastating second wave of the virus in the state.

In a statement posted on Twitter, Mikakos said she had written to Victoria’s Governor to resign as minister and will also be resigning from Parliament.

“I have never wanted to leave a job unfinished, but in light of the premier’s statement to the board of inquiry and the fact that there are elements in it that I strongly disagree with, I believe that I cannot continue to serve in his cabinet,” she wrote.

It is unlikely that political interference will play a role in the approval process of a Covid-19 vaccine, Dr. Anthony Fauci, National Institute of Allergy and Infectious Diseases director, said Friday.

“The big elephant in the room is: Is somebody going to try and make a political end-run to interfere with the process? Let's call it the way it is,” Fauci told JAMA editor-in-chief Dr. Howard Bauchner in an online conversation.
“If you look at the standard process of how these things work, I think you could feel comfortable that it is really unlikely that that's going to happen.”

Fauci emphasized the role of the Data and Safety Monitoring Board, which will independently review a vaccine for safety and efficacy before it is approved.

“When a decision is made to approve or not a vaccine, to do an EUA or not, that's going to be public, so any kind of hanky panky there that people are worried about is going to be multiple checkpoints,” he said. “You start off with the Data and Safety Monitoring Board, you then go to the FDA – who we trust – then you go to the advisory committee to the FDA, and then you have the scientific community looking at the data.”
“I trust the career scientists of FDA, and I certainly trust the commissioner of FDA,” he added.

Fauci emphasized that the professionals at the US Food and Drug Administration (FDA) are experienced.

“You got to reassure people who have concern and skepticism there that these are professionals at the FDA that have been doing this their entire career. They really know what they're doing. This is what they do every single day," he said.