New Jersey reported 760 new Covid-19 cases on Saturday, marking the highest daily case count for the state since June 4, when 864 cases were reported, according to the state’s Covid-19 data dashboard.

Almost a third of the new cases were in Ocean County, which includes part of the Jersey Shore, state data showed.

Meanwhile, in nearby New York, Gov. Andrew Cuomo announced there were 1,005 additional cases of Covid-19 across the state. That is a slight uptick from the 908 cases reported Friday, Cuomo said.

Members of the National Institutes of Health Covid-19 Treatment Guidelines Panel say there is currently not enough information on convalescent plasma to recommend for or against the treatment.

“Taking everything into account, the Panel has determined that currently the data are insufficient to recommend for or against convalescent plasma for treating COVID-19,” an article published Friday in the Annals of Internal Medicine stated.

The panel, which provides guidance for US clinicians on the treatment of coronavirus, calls for “prospective, well-controlled, adequately powered” randomized control trials to determine the safety and efficacy of convalescent plasma.

Some background: The US Food and Drug Administration authorized emergency use of convalescent plasma for the treatment of Covid-19 in August. The FDA cited analyses of a convalescent plasma expanded access program, run through the Mayo Clinic, to support the decision.

But the panel said that the data from the expanded access program show that the treatment may be effective — but are not enough to establish safety or efficacy, citing the lack of an untreated control group.

While randomized control trials for convalescent plasma started in the US this year, the panel said that enrollment has been slow. They note that the only time the treatment has been proven effective against an infectious disease, Argentine hemorrhagic fever, was more than 40 years ago.

The panel calls for additional analyses of the expanded access program and completion of the current randomized control trials.

Miami Mayor Francis Suarez spoke out against Florida Gov. Ron DeSantis’ decision to fully open restaurants and bars and to suspend fines for all outstanding penalties issued to those who didn’t follow Covid-19 restrictions.

Suarez said the rule to wear masks in public was a big reason why coronavirus case numbers decreased in the city.

“I think it's going to have a huge impact,” he said about fellow Republican DeSantis’ order during an interview on CNN. “You know, I just don't know how many people are actually going to do it now.”

“This is a very dangerous time … This is definitely an acceleration. It's a lot faster than we had planned,” Suarez added, saying the city was following guidelines to slowly and methodically reopen.

Opening bars and not being able to fine people for not following restrictions is a “significant handicap,” Suarez said. He said he spoke to DeSantis about it, and Suarez referenced the upcoming flu season to him as a potential danger.

Suarez also said that he’s worried about schools reopening for in-person learning in mid-October with the new changes. “That has the potential to potentially be a super-spreading event as well,” he said.

Florida health officials reported at least 2,795 new cases of Covid-19 and at least 107 deaths on Saturday, according to the Florida Department of Health.

The state has reported at least 698,682 Covid-19 cases and 14,022 deaths since the pandemic started, according to the department.

Remember: These numbers were released by Florida’s public health agency, and may not line up exactly in real time with CNN’s database, which is drawn from Johns Hopkins University and the Covid Tracking Project

On Friday, Florida Gov. Ron DeSantis announced the state would move to phase three of reopening, which includes the immediate opening restaurants and other venues to 100% capacity and suspending citations for face mask violations.

About 1,700 students have been told to self-isolate at Manchester Metropolitan University in northern England or risk facing “disciplinary action,” after 127 Covid-19 cases were confirmed on campus, according to the university and local authorities.

Students living in two main dorms were asked via email on Friday night to self-isolate in their accommodation for 14 days regardless of whether or not they have symptoms.

A statement from Manchester City Council on Friday said a joint decision had been taken along with the university and Public Health England to “implement a local lockdown for student accommodation at the Birley campus and Cambridge Halls” in a bid to “stop the transmission of the virus among students and prevent it getting into the wider community.”

In a press release, city councillor Bev Craig acknowledged that the lockdown would “be difficult for all of the young people involved,” saying that the city council would be working with public services to “make sure that any of the students affected get the support they need.”

The university tweeted that it was working with local health authorities to help the students in the two dorms concerned. "If you are not directly affected, you MUST NOT try to visit friends who live in these halls," it added.

The move comes after students in Scotland were banned Friday from visiting pubs, restaurants and cafes this weekend, as several universities across the country report major outbreaks of infections.

Scottish First Minister Nicola Sturgeon said that although Scotland “will see campus cases continue to rise in the days to come” these measures “can help stem that flow.”

Police have told anti-lockdown protesters in central London's Trafalgar Square to disperse after they failed to follow the rules on social distancing.

Images from Trafalgar Square show large crowds of people packed together, with few if any face coverings to be seen. Protesters carried placards with slogans such as "No to mandatory vaccines" and "Where is the pandemic?"

"We want to be clear, this protest is no longer exempt from the regulations. We are asking those attending to disperse," the Metropolitan Police Service said on Twitter.

"Sadly, some officers have been injured while engaging with people."

While it is currently illegal in England for people to gather in groups of more than six, there is an exemption for protests. However, protest organizers must submit a risk assessment and comply with social distancing.

According to the police, those conditions have not been met.

"Crowds in Trafalgar Square have not complied with the conditions of their risk assessment and are putting people in danger of transmitting the virus," the force said.

"This has voided their risk assessment and we have informed the event organisers they are no longer exempt from the regulations."

Some protesters are now moving toward Hyde Park, police said.

Hollywood, like many industries, has been devastated by the coronavirus pandemic. Movie theaters were forced to shut down for months, and have struggled to find an audience since reopening. Productions have stalled, and blockbuster releases have been rescheduled.

The year started with a surprising amount of promise, however. Sony's "Bad Boys For Life" and Paramount's "Sonic the Hedgehog" kicked off 2020 with unexpectedly strong box office returns. The schedule for the rest of the year included potential blockbusters like a new James Bond movie, a live action remake of "Mulan" and the return of the Ghostbusters.

But all of those films were either delayed, pushed to next year or skipped US theaters entirely because of the pandemic. This has left cineplexes with a bleak and uncertain future. (Track how box-office sales have been hit on our US recovery dashboard.)

With new films seemingly being shifted around every day, it's been hard to keep up.

Read more here on which movies are now scheduled to be released later this year and which have been moved to 2021.

As more early voting sites open across the United States, election officials have faced a significant challenge: Staffing those sites with poll workers. And amid the coronavirus pandemic, the stakes are higher than ever.

During the 2016 election, nearly 1 million poll workers staffed voting locations across the country, according to the US Election Assistance Commission. And even before the pandemic, 65% of jurisdictions reported it was "somewhat difficult" or "very difficult" to attract enough poll workers. They also found more populous jurisdictions had a harder time recruiting.

Now, the public health threat from the pandemic combined with projected record turnout and CDC guidance to keep as many polling places open as possible has created a perfect storm -- and headache -- for election officials.

But with recruitment deadlines approaching, election officials are reporting that many people have answered the call. Across the country, they have reported a surge in poll worker sign-ups, assuaging some of the concerns building over the summer amid the pandemic.

On Friday, Power the Polls reported 500,000 sign-ups since the group began recruiting in June -- all people who want to serve as poll workers. The nonpartisan newly formed group's website helps users navigate at times complicated state and local election websites to connect them with election officials.

"We're going to keep charging right up until the election officials tell us they won't be taking any more people," Power the Polls' co-director Scott Duncombe told CNN. 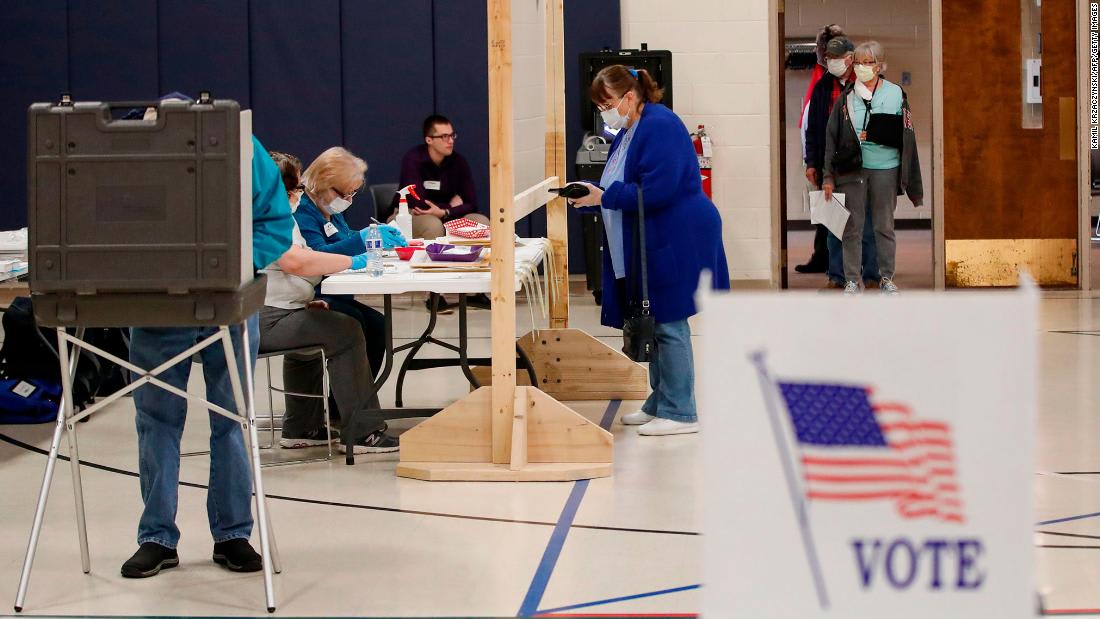 Since the beginning of 2020, when we first started hearing about a new coronavirus, eventually dubbed SARS-CoV-2, our understanding of what it is, how it infects people, who it infects and how we can protect ourselves have all evolved as our knowledge has grown.

But that evolution -- and the changing information and recommendations that accompanied it -- has also sown confusion, and in some cases, deliberate disinformation.

"Just as Covid-19 has spread around the world, so too have rumors, untruths and disinformation. And they can be just as dangerous," Tedros Adhanom Ghebreyesus, director-general of the World Health Organization (WHO), said on Wednesday.

Mis- or disinformation has led to people harming themselves based on falsehoods, self-medicating with toxic chemicals or dangerous medications and not taking the precautions that they should be taking, Tedros said. It has also affected our trust in institutions and health systems, which could result in people turning their backs on new treatments and vaccines if they don't have confidence in them.

Tedros said WHO and its partners are "calling on all countries to put in place national action plans to promote science-based health information and to combat misinformation."

To find out some of the common myths and misconceptions floating around, and the state of the science as we understand it to date, read the full story: 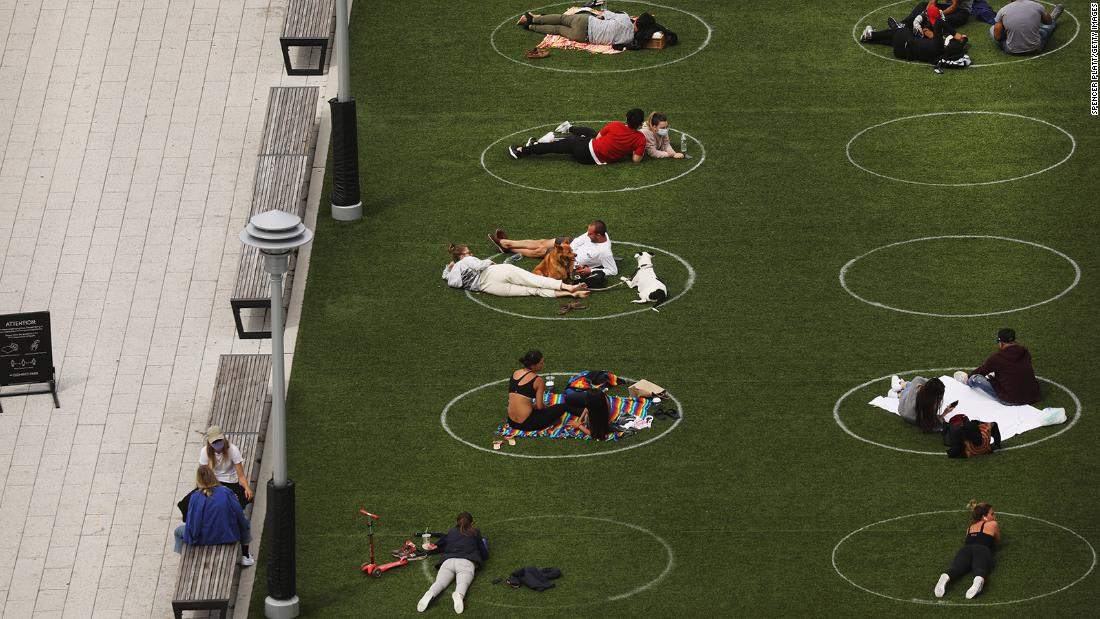 5 common coronavirus misconceptions and the science you need to know