German Chancellor Angela Merkel has announced an array of new measures aimed at stopping a recent spike in novel coronavirus infections in the country.

At a news conference following a meeting with Germany’s state governors, Merkel announced that gatherings in public venues would be limited to no more than 50 people in areas with a large number of coronavirus infections.

“We know that a more difficult time is coming, fall and winter,” Merkel said as she justified the new restrictions, which also include fines of at least 50 euros ($60) for patrons in bars and restaurants who provide false contact data used by authorities for tracing.

Merkel also issued a strong warning, saying that if the current trajectory of rising coronavirus infections continues unabated, Germany could see up to 19,200 new infections per day in in the winter months.

“This underscores the urgency to act,” Merkel added.

US Treasury Secretary Steve Mnuchin said he will be speaking with House Speaker Nancy Pelosi later today to deliver a response stimulus proposal he described as “very reasonable” and “very similar” to the previously-released proposal from the bipartisan Problem Solvers Caucus.

“We’re going to give it one more serious try to get this done and I think we’re hopeful that we can get something done,” Mnuchin said during an appearance at a CNBC investor conference on Wednesday morning.

He again listed PPP, money for schools, economic impact payments, back to work credits, retention credits, and more money for the airlines as areas of agreement, later adding that he’s been speaking with airline CEOs on a “constant basis” and will give them an update following his conversation with Pelosi.

Mnuchin described his relationship with Pelosi as “all business,” and said they are effective at communicating together. He expressed hope they would reach a package.

The Treasury Secretary suggested there will be a “compromise” on money for state and local governments, citing a desire to pay first responders and critical emergency workers: “We will be allocating some more money in a compromise package to pay for that.”

Mnuchin noted that he and chief of staff Mark Meadows spoke with House Minority Leader Kevin McCarthy and Senate Majority Leader Mitch McConnell on Tuesday, but wouldn’t say whether they were open to a compromise package yet: “Let’s see if we can get a compromise agreement with the speaker, something that works, and then we’ll continue to work with both sides.”

The party's other senators will be tested if they came in contact with the two who tested positive. Previously, a party official said all senators would be tested.

The party told CNN that the two senators had met with their colleagues in the last few days, but had not attended physical senate floor gatherings.

Italy was one of the worst affected European countries during the first wave of the pandemic. The country has reported 313,011 cases and 35,875 deaths overall.

The novel coronavirus has now killed more than 1 million people worldwide and infected more than 33 million. Here's the latest on the pandemic:

Debate clash: US President Donald Trump and his challenger Joe Biden argued over Covid-19 and the 200,000 Americans who have died during the chaotic first debate of the 2020 election campaign.

More than 63 million Indians may have had Covid-19: Health authorities in the country suggested the true case count could be 10 times higher than official reported figures.

Tuesday evening saw US President Donald Trump and former Vice President Joe Biden take to the stage for the first presidential debate of the 2020 campaign.

The event quickly went off the rails and the global pandemic was among the many topics the two clashed over.

Biden criticized Trump's handling of the crisis and his failure to produce a health care plan.

In turn, Trump openly said the vaccine process is political and mocked Biden for wearing a mask.

“I mean, I have a mask right here, I put a mask on it, you know, when I think I need it, tonight as an example everybody's had a test and you've had social distancing and all of the things that you have to, but I wear a mask when needed," Trump told moderator Chris Wallace.
He added: “I mean, I don't have, I don't wear masks like [Biden], every time you see him he's got a mask, he could be speaking 200 feet away from it, he shows up with the biggest mask I've ever seen."

The scaled-down audience at the event also brought the health crisis into the debate hall. And Biden made multiple references to the 200,000 Americans who have died.

Instead of a robust defense of his record, Trump sought to claim a hypothetical President Biden would have done worse.

But despite Biden's attempts to inject the health crisis back into the discussion, the debate devolved into arguments and bickering that ultimately did not center on Covid-19, which has now killed 1 million people.

Cases in Europe continue to rise as the continent struggles with a second wave of Covid-19.

In Germany, Angela Merkel struck a reflective note while addressing the country's parliament Tuesday, as she spoke about life during the pandemic.

The German Chancellor said that what she personally misses the most are “spontaneous encounters.”

Merkel also appealed to Germans to obey the pandemic rules as winter approaches. “I am sure: life as we know it will return, but now we have to be reasonable," Merkel said.

Elsewhere on the continent cases are spiking in Spain, the Czech Republic, France, Luxembourg, the Netherlands, Iceland, Denmark and Hungary.

As 2020 slides into and probably infects 2021, try to take heart in one discomfiting fact: Things are most likely never going "back to normal."

It has become a well-worn phrase our politicians, officials, experts, even family, like to lean on -- an ultimate, elusive prize.

Perhaps it's nostalgia for the world of January, a place where daily life more closely resembled our past decades. Perhaps it's a bid to show control, to revert to a time when change was not so universally imposed upon us.

But January is long gone, and it's not coming back. And, psychologists will tell you, that's only bad if you can't come to terms with it.

We are slowly learning if this year's changes are permanent. If work -- for the lucky among us -- will remain from home. If we will visit the grocery store less but spend more. If we will find wearing a mask on the metro to be just part of life. If shaking hands and embracing will become less common. If most of your daily interactions will occur via video conference (rather than in person).

"Five years' change in six months" is a common slogan for the pandemic. The disruption has upended lives in jobs lost and relatives who live alone or perhaps died without saying the right goodbyes.

Yet permanently severing ties with January is not necessarily a bad thing, psychologists say. The danger comes from hankering for normality again, rather than getting on with working out how to deal with whatever is ahead.

"Politicians who pretend that 'normal' is just around the corner are fooling themselves or their followers, or perhaps both," said Thomas Davenport, the president's distinguished professor of information technology and management at Babson College in Wellesley, Massachusetts.
"People who suffer tragedies eventually return to their previous happiness level," Davenport said via email. "But I think that COVID-19 is a little different, because we keep expecting it will end soon. So there is no need to permanently change your attitudes about it." 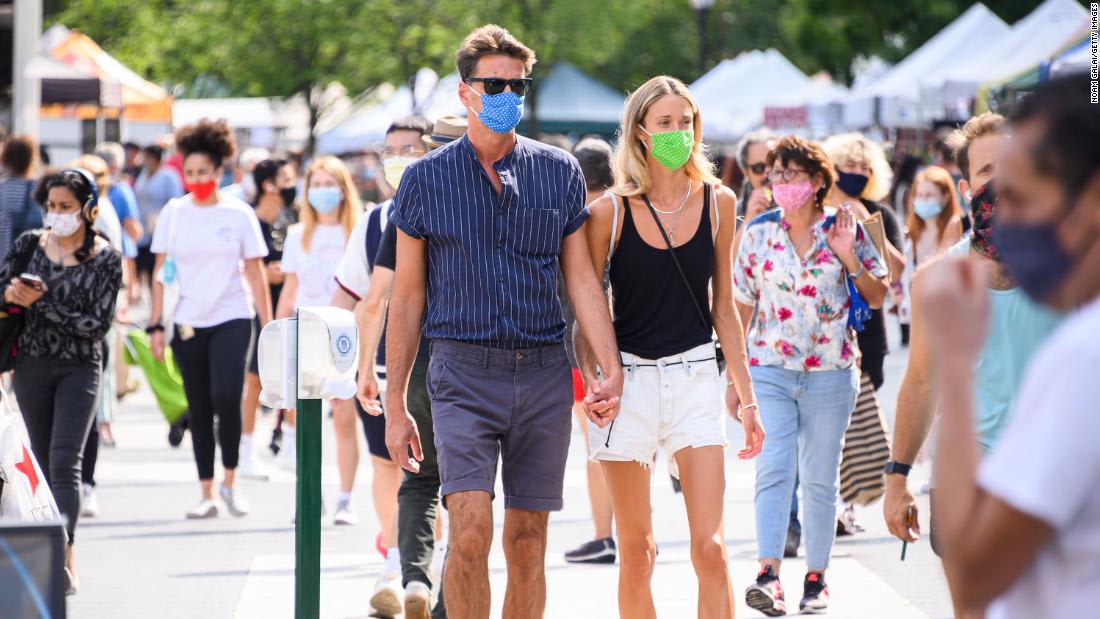 There is no getting 'back to normal.' We need to accept it

Communities across the US are loosening restrictions meant to curb the spread of Covid-19 ahead of a fall and winter season that experts warn could be especially challenging.

Florida this week reported a spike in new cases just days after the governor cleared the way for bars and restaurants to fully reopen.

In Nevada, the governor bumped the limit on public gatherings from 50 to 250 participants, though groups are still not to exceed 50% capacity of a venue.

Wyoming, which last week set a record for new Covid-19 cases, loosened rules around restaurants after the governor said data showed dine-in restaurants have "not significantly contributed" to the spread of the virus in the state.

And several California counties were given the green light to move into less restrictive tiers of the state's reopening plans, officials said.

The announcements come after the US topped more than 7.1 million infections and more than 205,000 deaths, according to data from Johns Hopkins University. 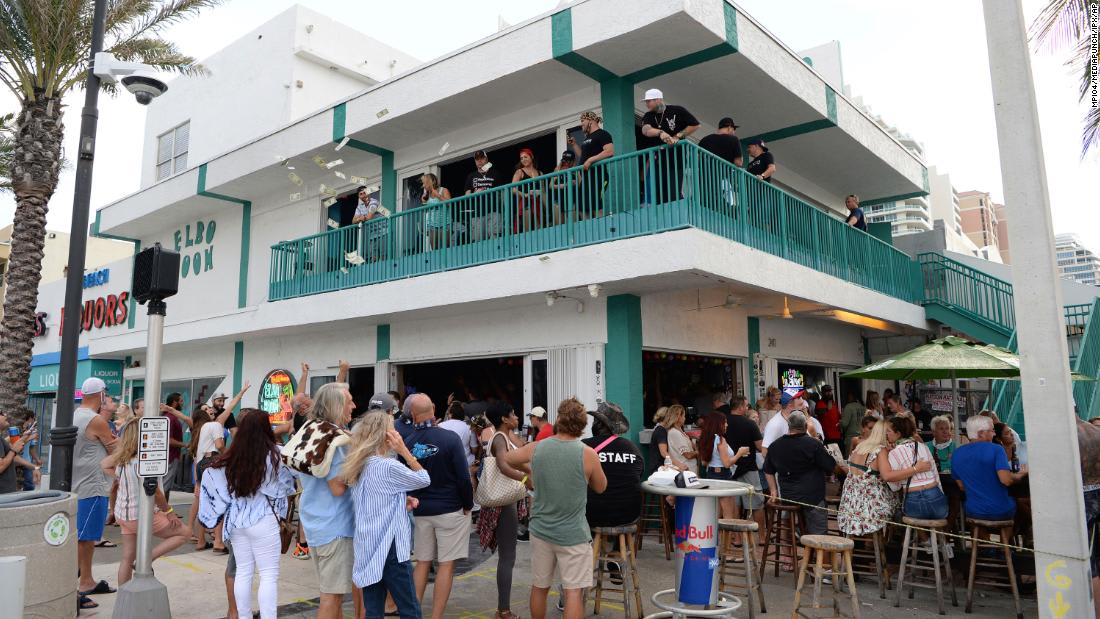 As US states sound alarm on Covid-19 trends, some communities loosen restrictions

Eighty-two Covid-19 cases have been confirmed in south Wales, in a major outbreak at the Royal Glamorgan Hospital. Much of the region is under local lockdown due to surging cases.

Officials have imposed temporary restrictions on the hospital, causing surgeries to be suspended.

Patients who would usually be taken to the hospital in an emergency will now be sent to other hospitals in the region, the Cwm Taf Morgannwg University Health Board said in a statement Tuesday.

"We have taken a range of swift and decisive actions to try to manage this outbreak which include immediate closure of affected wards, risk assessments of affected and at-risk wards, reviews of infection prevention and control measures and their implementation, increased testing of healthcare staff and testing of all hospital admissions," Paul Mears, CEO of Cwm Taf Morgannwg University Health Board, said in a statement Tuesday.