Cases of Covid-19 surged among college-age individuals in August and September, just as schools were opening across the United States.

Two new studies released on Tuesday take an in-depth look what may be driving the numbers up.

Study 1: In the first study, researchers at the Centers for Disease Control and Prevention looked at nearly 100,000 coronavirus cases reported to the agency between August 2 and September 5.

The study found that during that period, weekly Covid-19 cases among people aged 18-22 increased 55% nationally. Researchers found the greatest increases in the Northeast at 144% and the Midwest at 123%.

"The observed increases in Covid-19 cases among persons aged 18-22 years could be driven by many factors, including changes in behavior or risk profiles resulting from multiple social, economic, and public policy changes during this period. Because approximately 45% of persons aged 18-22 years attend colleges and universities and 55% of those attending identified as White persons, it is likely that some of this increase is linked to resumption of in-person attendance at some colleges and universities," the researchers wrote in the CDC's weekly report on death and disease, the MMWR.
"Previous reports identified young adults as being less likely than other age groups to adhere to some Covid-19 prevention measures, which places them and their close contacts at higher risk for Covid-19," they added.

Study 2: The second study, led by a team at the North Carolina Department of Health and the University of North Carolina, showed what happened in real time as students began to return to campus on August 3. The university tried to make moving in safe, spreading it out over a week, reducing crowding in dining halls and taking other measures. But the students gathered and partied, anyway.

The university quickly determined the virus was spreading too fast and moved all classes online. It also asked students to move back home or off-campus.

The largest cluster was at an off-campus apartment complex affiliated with the university. 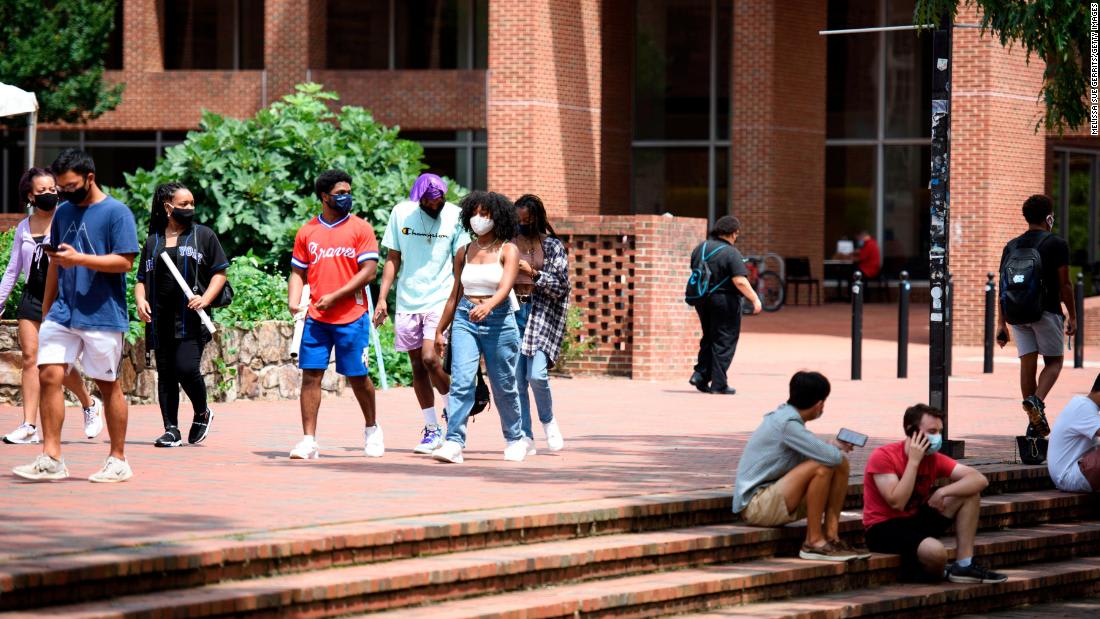 More than 63 million people in India may have contracted Covid-19, health authorities said on Tuesday -- about 10 times higher than the official reported figures.

A national survey of more than 29,000 people across 700 villages and wards found that about one in 15 people above the age of 10 had antibodies against the coronavirus, according to the Indian Council of Medical Research. The survey was conducted from mid-August to mid-September.

Antibody tests, also known as serology tests, check for proteins called antibodies in the immune system, which indicate if someone has been exposed to the virus.

Of the country's 1.3 billion citizens, more than 966 million are aged 10 or above, according to the government's most recent census in 2011. If one in 15 people of this group have been infected with Covid-19, that's a total of 63.78 million people.

As of Wednesday, India has reported more than 6.1 million cases and 96,000 deaths, according to data compiled by Johns Hopkins University.

The survey suggests that for every one infection officially reported, there are actually 26 to 32 people infected who slip through the cracks, said Dr. Balram Bhargava, director of the medical council, at a news conference on Tuesday.

This falls in line with what many experts have warned for months -- that India's coronavirus crisis may be much more dire than official figures suggest.

There are numerous reasons for this: People simply aren't getting tested enough. There are sometimes errors in reporting and registering cases. Changing government strategies can muddle the numbers and paint a misleading picture of the situation.

The government began rolling back restrictions in May after a months-long lockdown, with ministers turning their attention to reopening the economy and public services. But experts, including Bhargava, warn that it's too soon to relax.

"Since a large proportion of the population is still susceptible, prevention fatigue has to be avoided," Bhargava said, adding that the risk of infection was highest in urban slums where millions live in crowded conditions, often with limited sanitation or running water. 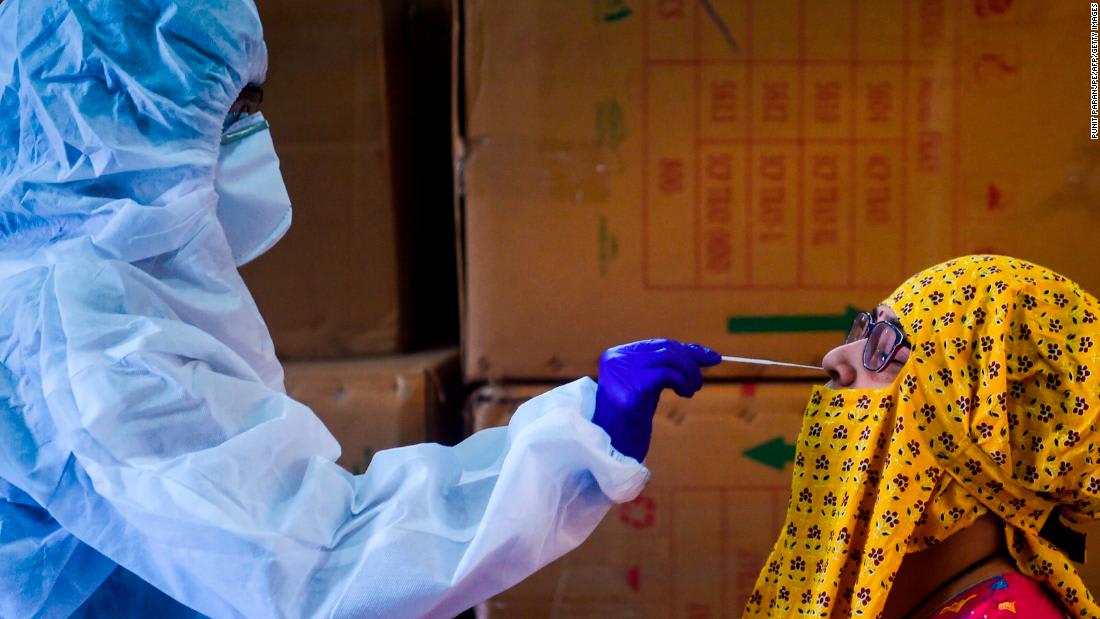 More than 60 million people in India may have caught Covid-19, survey finds

The coronavirus is leading to a secondary pandemic -- hunger.

The need for emergency food has exploded since March of 2020. According to an Oxfam report, this hunger crisis could soon kill more people each day than the infection itself.

The United Nations Food and Agriculture Organization (FAO) estimates about 821 million people were suffering from chronic undernourishment before the pandemic. Globally this hunger crisis has already been exacerbated by climate change, existing conflicts, and inequalities. But now, coupled with Covid-19, people worldwide have hunger and malnutrition to worry about even more.

Here is how you can help: 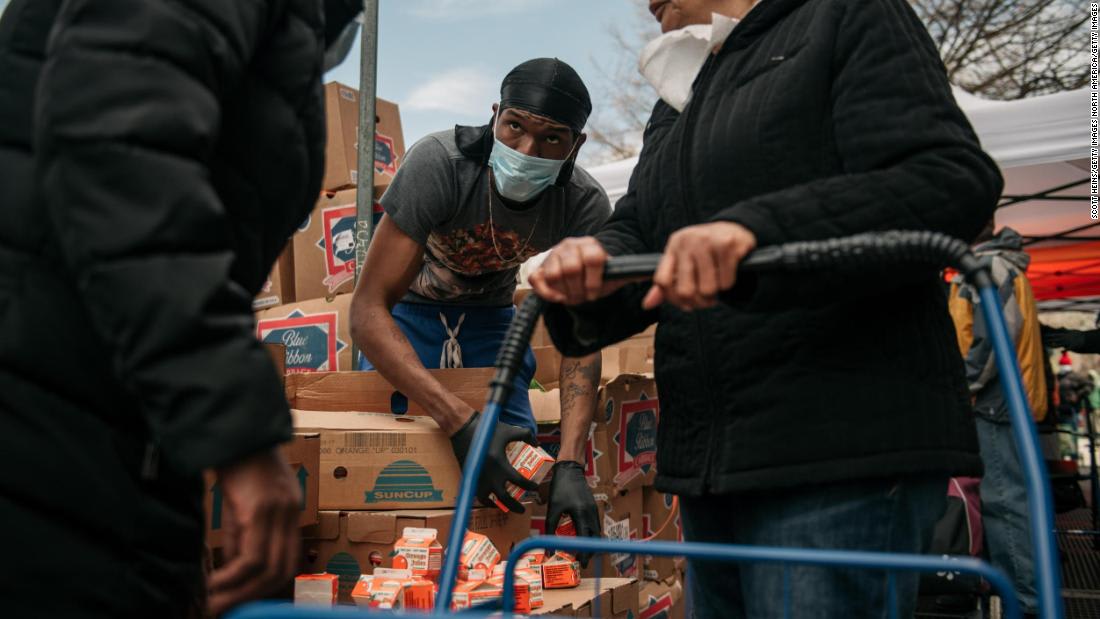 Dr. Anthony Fauci goes everywhere, including on Fox News, to spread his messages about the public health measures that are necessary to contain the coronavirus pandemic.

But he sees Fox's prime time coverage of the pandemic and says some of it is "outlandish."

Fauci made the comments about Fox, unprompted, during an interview with me in conjunction with World News Day on Monday.

He also said he is concerned that misleading information about the virus is making its way to President Donald Trump.

Fauci, the director of the National Institute of Allergy and Infectious Diseases and a member of the White House Coronavirus Task Force, is also sometimes a target of Fox News personalities such as Laura Ingraham.

Fox's opinion shows have sown doubt about the value of masks and defended Trump's downplaying of the crisis.

Fauci addressed the mixed messages regarding mask use in Monday's interview, saying, "if you look at the scientific data, the masks clearly work." He said face coverings are part of a multi-faceted approach of "keeping distance, avoiding crowds, washing hands, doing things outdoors much more than indoors -- all of that is a combination of prevention modalities that are easy to do."

Fauci said it is vital for public health officials to publicize "a consistent message as often as you possibly can, because there is so much misinformation during this very divisive time that we're in."

"The public really needs to know the facts," he added, "in going through this extraordinary experience that we're all going through." 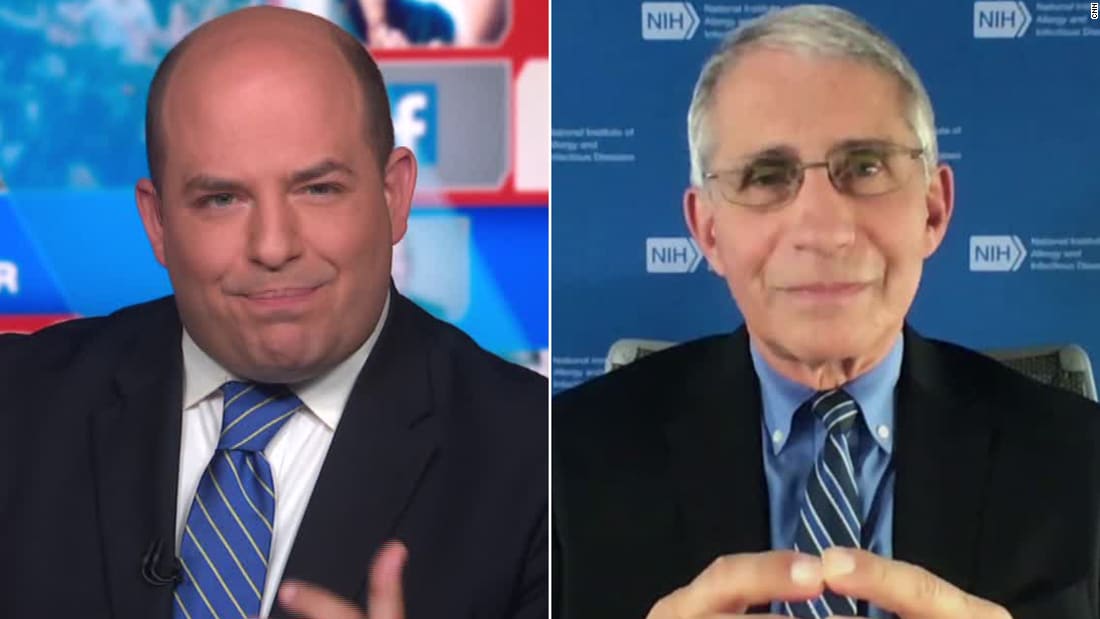 Dr. Anthony Fauci says some Fox News coverage of the pandemic is 'outlandish'

The University of Notre Dame announced Monday that 18 players had tested positive for the virus. Kelly told ESPN the team doctors are the ones who traced the infection to their game against South Florida 10 days ago.

Ahead of the September 19 blowout win, the team congregated for a pregame meal, and during the game, one player was treated for dehydration after throwing up on the sideline. That player later tested positive for coronavirus, according to Kelly.

"Throughout our entire time together, we had not had one meal where we sat down together. Everything was grab and go," Kelly told said.

"We get into our game situation where we have pregame meal together, and that cost us. Big. We had somebody who was asymptomatic, and it spread like wildfire throughout our meeting area where we were eating and then it got guys in contact tracing."

Stemming from their recent testing results, Notre Dame said Monday that 25 football players were in isolation with 14 others in quarantine.

"Shifting sands": After the sideline incident in the South Florida game, Kelly disclosed the challenges of containing the virus.

"We have to think about giving antigen tests on the sidelines for stuff that we never thought of," he said. "That's the kind of shifting sands in this whole thing, learning in-game what do you do, what don't you do."

The positive tests forced the Fighting Irish to postpone last Saturday's game against Wake Forest University. The team's next game is scheduled for October 10 against Florida State University at home in South Bend, Indiana.

Biotechnology company Regeneron released some early results of tests using its antibody cocktail in coronavirus patients Tuesday, and said it seemed to reduce levels of the virus and improve symptoms in patients.

The greatest improvements were seen in patients who hadn't already mounted a natural response to the infection, the company said.

The results only involve 275 patients of the 1,000 they have enrolled in this particular trial, but appear "very promising," Dr. Jeanne Marrazzo, the director of the division of infectious diseases at University of Alabama at Birmingham, told CNN.

The treatment also showed positive trends at reducing medical visits for the patients, none of whom were sick enough to be hospitalized at the start of the trial, the company said. The numbers in this early release of information were small and the data has not been peer reviewed yet. Only topline data was available in a news release from the company.

A company spokesperson said the data validates the treatment as a therapeutic substitute for a natural response to the virus.

Marrazzo said what stood out to her is that the study characterized patients by their immune responses prior to treatment and determined who did and did not benefit.

"What I think is fascinating is that it shows that antibodies really matter and the antibody to the spike protein was really helpful, particularly when people made the antibodies themselves," said Marrazzo. "Whether it's antibody therapy or vaccine that target these proteins, it sounds like we are on the right track. I think that's really encouraging." 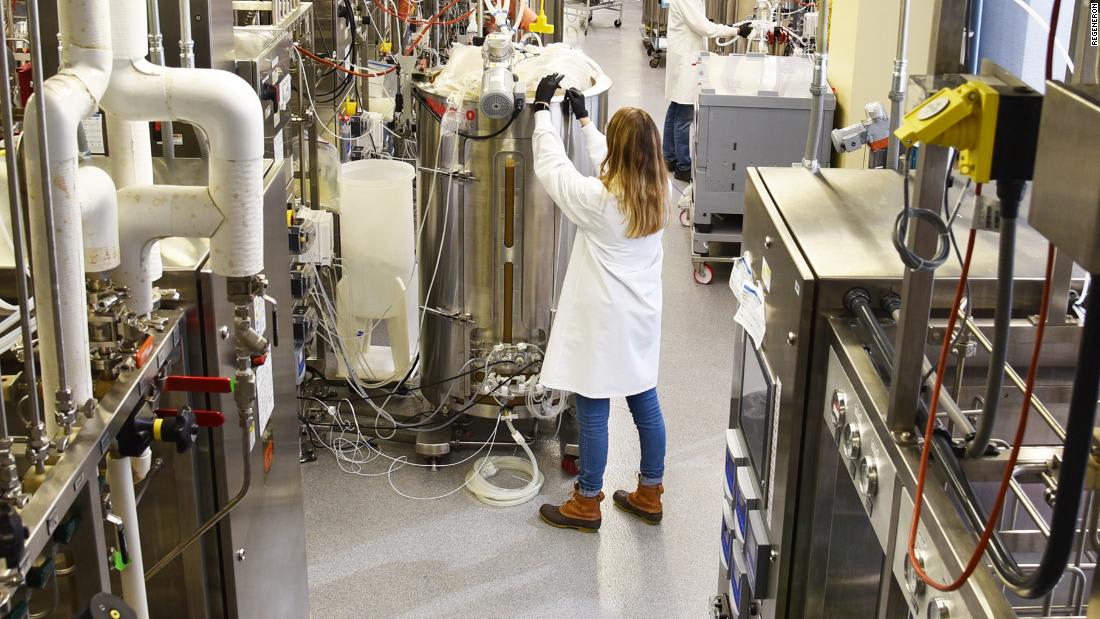 Americans over 30 have been drinking more during the coronavirus pandemic compared to this time last year, and there could be consequences to their physical and mental health, researchers reported Tuesday.

Overall frequency of alcohol consumption increased by about 14% from 2019, the researchers reported in the journal JAMA Network Open. That increase averages out to about one additional drinking day per month by 75% of adults.

RAND Corporation sociologist Michael Pollard and colleagues analyzed a nationally representative sample of 1,540 people ages 30 to 80. The participants completed a survey about their drinking habits between April 29 and June 9 of 2019 and then again between May 28 and June 16 of 2020.

The volunteers reported they drank alcohol on more days every week. They also reported increases in the number of drinks they had; the number of heavy drinking days; and the number of alcohol related problems over the last 30 days between 2019 and 2020.

Heavy drinking among women increased by 41% -- about one additional day of heavy drinking for one in every five women. Nearly one in 10 women, or 39%, reported an increase in alcohol-related problems, the researchers found.

The researchers say it's important to watch for whether the increases in alcohol consumption persist over the pandemic, and whether there will be physical and mental health consequences as a result.

The tweet went on to say that Naidu is asymptomatic and in good health after undergoing a routine Covid-19 test on Tuesday morning. He has been advised to quarantine at home.

His wife, Usha Naidu, tested negative and is in self-isolation.