California is holding off on issuing reopening guidelines for amusement parks and similar attractions for the time being and will reevaluate at a later date. The guidelines had been expected to be released publicly this week.

“Our Blueprint for a Safer Economy is driven by data and science to keep the risk of Covid-19 transmission low, and this upcoming guidance will be no exception,” Heath Secretary Mark Ghaly said in a statement to CNN.
“Given the size and operational complexities of these unique sectors, we are seeking additional input from health, workforce and business stakeholders to finalize this important framework – all leading with science and safety.”

Earlier this week Disney announced the layoffs of 28,000 employees. Parks Chairman Josh D’Amaro blamed California in part for its “unwillingness to lift restrictions that would allow Disneyland to reopen.”

When asked Thursday if he would bend to pressure and reopen theme parks, Gov. Gavin Newsom was blunt:

“Unequivocally no.”
“We are not putting the health and safety of people visiting the state or recreating in the state at theme parks at risk,” he added.

More than 700 students from Northumbria University in Newcastle, England, have tested positive for Covid-19 and are in self-isolation, with the university saying they could be expelled if they fail to comply.

In a statement to CNN, the university said that as of Friday, at least 770 people had tested positive for Covid-19 –– 78 of them had symptoms. The students as well as their flatmates and any close contacts will now be self-isolating for 14 days.

“We are supporting all students who are self-isolating, providing them with food and other essential items, as well as welfare support including 24/7 online mental health support and one-to-one support from our wellbeing teams where required which is accessible through multiple channels,” a spokesperson for the university said.

The university also said they are providing laundry, cleaning materials and other support in partnership with campus resources.

“We are making it clear to students that if they break the rules they will be subject to fines from police and disciplinary action by the universities which may include fines, final warnings or expulsion,” the spokesperson said.

The university also said the early detection of these cases was a reflection of the “good access to and availability of testing, as well as rigorous and robust reporting systems.”

“In parts of the UK where universities started term earlier, numbers of student cases surged in induction week, and then reduced,” the spokesperson said.

The two new cases brings the total to 13 within the club – seven players and six staff members.

The Titans played the Minnesota Vikings on Sunday. The Vikings have reported zero positive coronavirus cases.

The NFL postponed the Titans-Pittsburgh Steelers game scheduled for this Sunday to a later, undetermined date.

Frontline health care workers and those who provide health care facility services should be the first to get vaccinated with any eventual coronavirus vaccine, followed by people at high risk of severe illness because of underlying health conditions, experts advising the federal government said Friday.

Next should come older adults living in congregate settings, like nursing homes, a National Academies of Sciences, Engineering, and Medicine (NASEM) committee said in a final report.

But local leaders should also make sure to give priority to vulnerable communities, the independent committee, formed at the request of the National Institutes of Health and the Centers for Disease Control and Prevention, said.

That change was added after criticism over the group’s draft report issued last month, which did not mention minority communities hit hardest by the pandemic.

But instead of placing specific minority groups into the proposed phases, the final report notes that “equity is a crosscutting consideration.”

Within each phase, the committee recommends state, tribal, local and territorial authorities prioritize people in high vulnerability areas, identified by a tool like the CDC’s Social Vulnerability Index. The index uses US census variables to identify communities in particular need of disaster support, which the committee says considers the factors that place racial minorities at higher risk of Covid-19.

The third phase proposes vaccination for young adults, children, and those in industries where people may receive some protection but are still at risk of exposure, such as banks and universities. The committee notes vaccination of children will depend on whether a vaccine has been tested in that population.

The final phase covers anyone who has yet to receive vaccination.

The committee says that there will be inevitable consequences of not prioritizing some groups, but the focus is on saving lives. “The non-trivial effects of an economic downturn or an online semester can at least be partially reversed,” the report states. “Death is an irreversible outcome.”

In addition, the report calls on the US Department of Health and Human Services to plan for the logistics of vaccine distribution, ensure there are no out-of-pocket costs for those being vaccinated, and begin vaccine promotion and education.

The Spanish capital city is getting ready for new coronavirus restrictions to come into effect at 10 p.m. local time tonight.

People in Madrid will be required to stay at home except to go to work, classes, to sit exams, to meet legal obligations or for extreme circumstances.

Bars and restaurants will be forced to reduce their capacity by 50%, offer table service only, and will have to close at 11 p.m with the last entry one hour before closing time.

Shops will slash capacity and will be required to shut at 10 p.m. and will have to close early.

Gatherings will remain restricted to no more than six people, in both public or private spaces.

The move comes after a steady increase in the number of coronavirus infections in the Madrid area over the past couple of months.

The President's youngest son, Barron Trump, has also tested negative for the coronavirus.

The number of new coronavirus infections in Russia has surpassed 9,000 in the past 24 hours, the first time that's happened since June 1.

Moscow alone reported 2,704 new cases on Friday, according to the capital’s coronavirus headquarters, which is the highest official figures since late May.

Earlier this week, the Mayor of Moscow Sergey Sobyanin announced that starting October 5, it will be mandatory for companies to enforce remote working for at least 30% of their staff, school holidays will be longer and citizens over 65 and people with chronic illnesses will be told to isolate.

Sobyanin said Moscow authorities will tighten their control over how anti-coronavirus measures are being observed in the city, according to Russian state media reports on Friday.

"We stepped up inspections not only in retail facilities, but also in cinemas and theatres.," he told Russia 24 TV channel, according to state news agency TASS.

And we warned heads of such organizations that if epidemiologic requirements are not observed, they will simply be closed. The discipline in those places is much better now. We will keep an eye on that.

"I gave instructions to enhance control over compliance with sanitary requirements in all areas -- construction, industry, trade culture," Sobyanin said. Authorities will fine organizations and businesses who fail to comply with the demand to transfer some of the staff to remote working, he added.

US President Donald Trump is not the only leader on the world stage to have contracted coronavirus.

His positive test, announced in the early hours of Friday, puts him in the company of UK Prime Minister Boris Johnson, Brazil's Jair Bolsonaro and Russian Prime Minister Mikhail Mishustin.

Of those, Johnson fell the most gravely ill after he tested positive for the virus at the end of March. He spent a week in hospital, with three nights in intensive care and, on being discharged admitted "things could have gone either way" for him. Even after leaving the hospital, he had to spend time recuperating at his official country residence, Chequers. 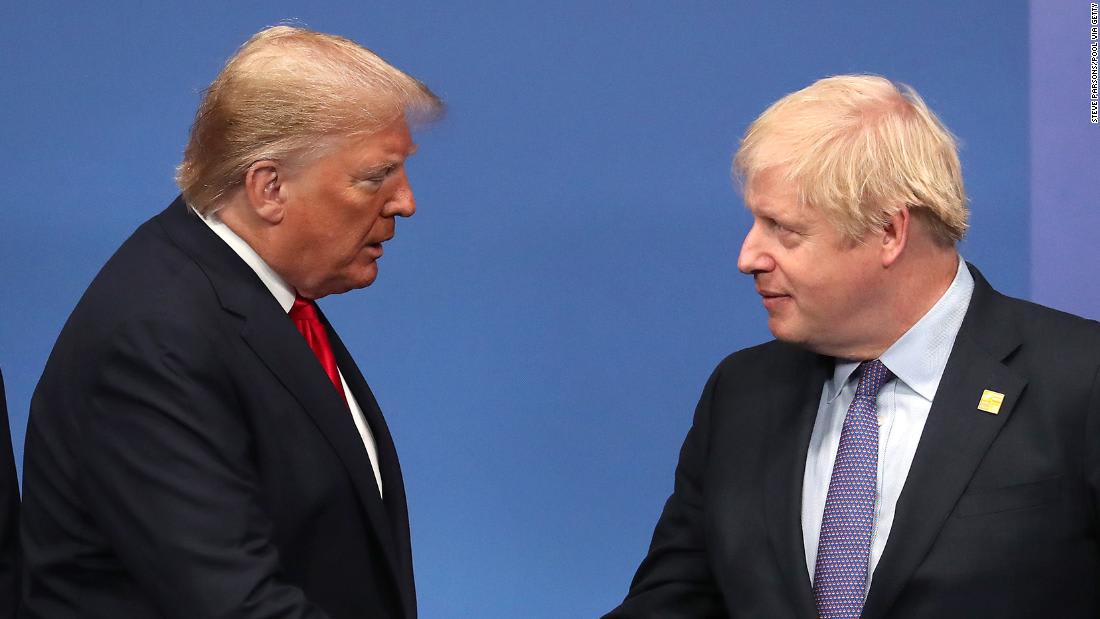 Poland has reported a record number of confirmed Covid-19 cases for the second straight day.

The country’s Ministry of Health said Friday that 2,292 infections had been recorded in the past 24 hours, the highest since the pandemic began.

Twenty-six people died from virus, taking the total number of deaths in Poland to 2,570.

On Thursday, the country reported 1,967 cases. In total, 95,773 cases have been reported since the start of the outbreak.