Months into the pandemic and ahead of what experts say could be a difficult winter season, the US remains behind when it comes to Covid-19 testing, Dr. Anthony Fauci says.

"We're better off now than we were a couple of months ago, that's for sure," Fauci told CNN's Chris Cuomo Monday night. But the country is still not where it needs to be, he said.

Testing is crucial -- but the US is behind: In the battle against the virus, experts have continually stressed how testing is critical. When done right, it can help health officials identify infections quickly and place those individuals in isolation before more people become infected. It can also give local leaders an idea of the level of infection within a community.

"We need to flood the system with testing," Fauci said.

The US has conducted more than 107 million tests since the pandemic began. More than 210,000 Americans have died and there have been more than 7.4 million recorded infections -- but the number of true infections is likely far greater than that, the US Centers for Disease Control and Prevention has said. And that's likely because of the lack of testing in the first months of the pandemic, experts say.

Several states hit record-highs: Overall cases in the US are on the rise. The country reported more than 50,000 daily cases on Friday and Saturday. The last time the US saw more than 50,000 cases back to back was mid-August.

According to data from Johns Hopkins University, at least 22 states are reporting more new cases than the previous week, with many across the Midwest and now increasingly in the Northeast.

Only four states are reporting a decline -- Hawaii, Kansas, Missouri and South Carolina. The rest are holding steady, and several states have also reported record-highs in recent days.

Alaska, Indiana, Kentucky and Montana reported their highest 7-day averages for new daily cases over the weekend, according to data from Johns Hopkins University.

After saying he "shouldn't have played" in his French Open fourth round match due to Covid-like symptoms, tennis star Alexander Zverev has said he's tested negative for the virus.

In a story posted on Instagram, the world No.7 screenshotted his negative test as well as saying: "Wanted to update everyone that I have again tested negative for Covid.

"I wasn't 100% yesterday and will now take a few days to recover. Also wanted to say full credit to Jannik (Sinner) for a great match. Best of luck the rest of the way," added Zverev, referring to the Italian teenager who beat him in four sets on Sunday at Roland Garros.

Afterwards, the German told reporters that he played despite feeling sick and having a high fever. He admitted that he "shouldn't have played" because of how he was feeling. 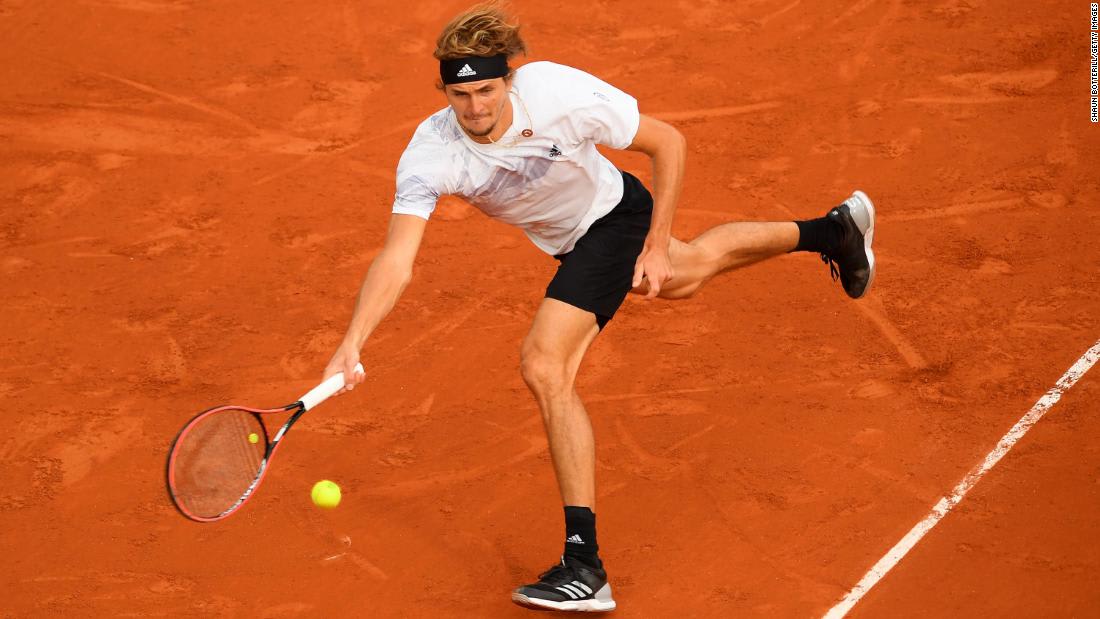 Wearing a mask is now compulsory in the German parliament, the president of parliament has announced.

Wolfgang Schäuble took the decision because “the development of the Sars-CoV2 pandemic continuously should be taken very seriously,” according to a statement on the parliamentary website.

Anyone sitting in plenary halls and conference rooms can take off their masks if they are at least 1.5 meters (4.9 feet) away from other people. Speakers at the microphone in the plenary hall can also remove their masks.

The German parliament is situated in the Berlin district of Mitte. On Monday, the district was marked as a risk area by the country's infectious diseases agency after exceeding more than 50 Covid-19 cases per 100,000 inhabitants.

Eighty-seven-year-old Sen. Chuck Grassley -- who as the most senior Republican in the chamber is third in the line of succession to the presidency -- will not be tested for coronavirus despite three of his GOP colleagues being positive and spending last week on Capitol Hill with the infected senators.

"Sen. Grassley's doctors have not recommended he be tested as he has not come into close contact with anyone suspected of having or confirmed to have coronavirus," his aide Michael Zona said, suggesting that while Grassley was near and around those sick senators his contact with them was not close enough or long enough to warrant getting tested.

Grassley's decision is different than other top officials above and below him in the line of succession -- like Vice President Mike Pence, Speaker Nancy Pelosi and key members of the President's Cabinet -- who are being tested regularly, especially now that President Donald Trump has contracted the disease.

But it puts Grassley in line with some GOP senators who told CNN they don't believe they need to be tested based on US Centers for Disease Control and Prevention and Capitol Physician guidelines, despite working alongside members who are positive for the disease. 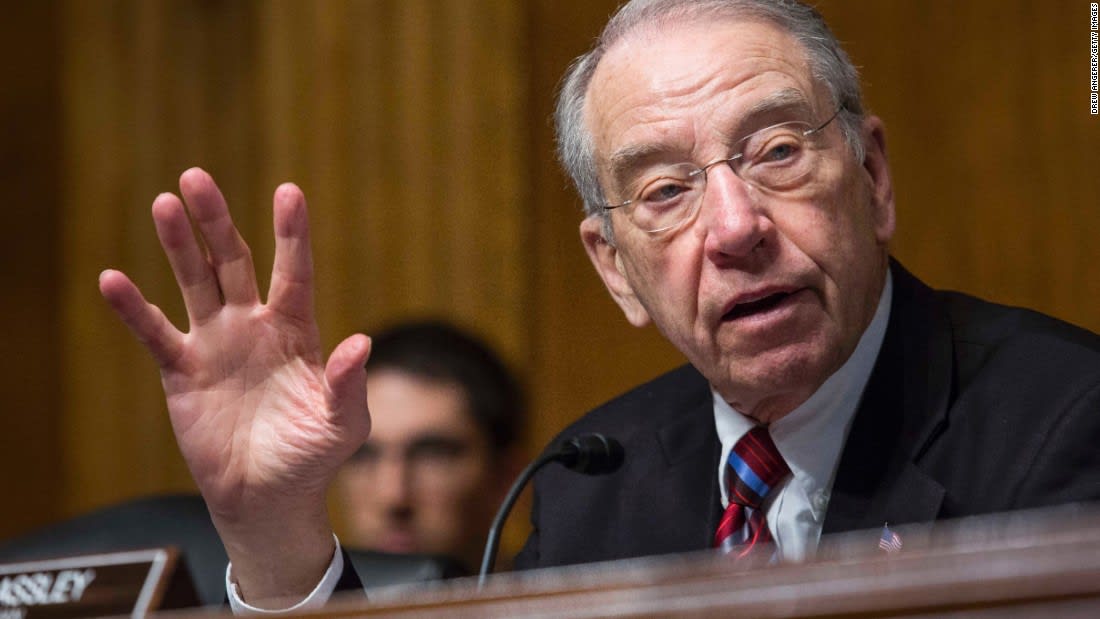 Senate Republicans split on the need for coronavirus testing

Only about half of Americans said they would try to get a Covid-19 vaccine once one is available, according to a new CNN Poll conducted by SSRS, and that percentage appears to have dropped since May.

If a Covid-19 vaccine were widely available at a low cost, 51% of respondents in the survey said they would try to get vaccinated, 45% said they would not try and 4% had no opinion, according to poll findings released on Monday.

Those responses to the poll came from last week, between October 1 and 4.

Health experts have warned that if enough people choose not to get a Covid-19 vaccine, it may keep the US from herd immunity against the coronavirus.

The percentage of respondents who would not try to get a vaccine appears to have slightly increased compared with the previous months -- it was 33% in May and 40% in August. 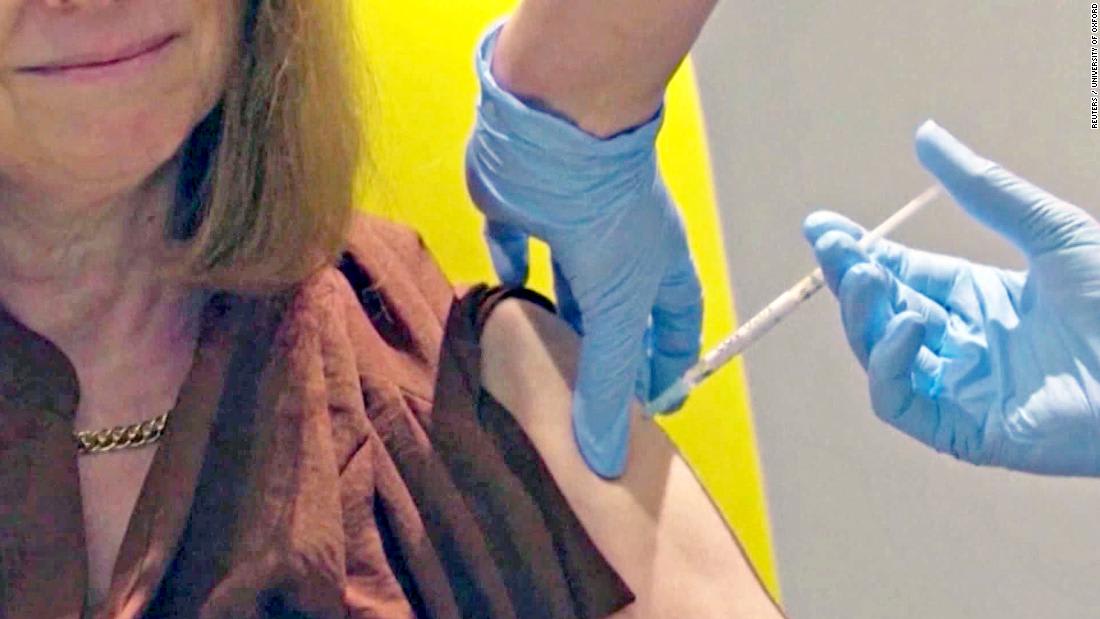 The percentage of Americans who say they would get a Covid-19 vaccine is falling, CNN poll finds

India on Monday recorded 61,267 new cases of coronavirus -- the lowest single-day increase since August 25, according to a CNN tally of Indian Health Ministry figures.

As of Tuesday, India has reported more than 6.6 million cases of Covid-19 and more than 103,000 deaths. There has been a decline in daily reported cases in October, figures showed.

For two consecutive weeks, the Indian Ministry of Health has reported fewer than 1 million active cases. The ministry attributes the decline in active cases to early detection thanks to widespread testing.

India's testing: On Monday, India conducted 1,089,403 coronavirus tests, bringing the total tests conducted to more than 81 million, according to the Indian Council of Medical Research. The Health Ministry said Tuesday that ICMR has scaled up testing and India's positivity rate continues to be steadily maintained below 10%.

The World Health Organization has said that a good benchmark for whether a country is testing adequately is to have at least 10 negative cases for every one positive case confirmed.

Recovery rate: The central government has also outlined a standard treatment protocol that has increased the national recovery rate, the Health Ministry said Monday. The recovery rate is currently at 84.34%. In India, patients with mild and moderate symptoms are considered no longer active after 10 days of symptom onset if they meet certain conditions. A test to confirm that they no longer have the virus is not required. Severe cases can only be discharged after one negative coronavirus test.

Schools reopening: The Education Ministry on Monday issued guidelines for schools to reopen from Oct. 15, emphasizing the need for health and safety measures and social distancing. States have the discretion to reopen schools based on their local pandemic situation.

The western state of Maharashtra and the capital city of Delhi -- two of the hardest hit areas -- have decided to keep schools shut until at least Oct. 31. States will be allowed to decide timelines for any potential reopening of schools or continuing online learning and are expected to announce decisions over the coming week.

By that estimate, 770 million people may have contracted the virus -- but most have not been diagnosed or counted.

According to Johns Hopkins University's tally, at least 35.4 million infections have been officially confirmed worldwide, including more than 1 million deaths.

If you're just joining us, here are the latest coronavirus headlines.

The United States recorded at least 39,557 new coronavirus infections and 460 virus-related deaths on Monday, according to Johns Hopkins University.