The French cities of Toulouse and Montpellier will be added to the “maximum alert” category as of Tuesday, the respective regional health agencies announced Sunday.

Paris, Marseille, Lille, Lyon, Grenoble, Saint-Etienne and the overseas department of Guadeloupe are already in the “maximum alert category” and are under stricter coronavirus measures, like the closure of bars and gyms.

In a series of tweets late Sunday, French Health Minister Olivier Veran responded to criticism of the measures and suggestions that more ICU beds should be put in place:

“Our health workers gave a lot during the first wave and are tired. (More ICU beds) would imply a massive cancellation of planned surgeries, and a further delay in care. What we want is to slow down the virus, avoid severe forms, limit having people in ICUs and limit deaths. Beyond hospital capacities, it is the lives of French people that we protect.”

The positivity rate is also rising and now stands at 11.5%. Aurelien Rousseau, head of the Paris regional health authority, said Monday morning that in the capital region alone, the positivity rate was 17%. Rousseau, speaking on CNN affiliate BFM, said “this is a number we have never reached.”

As most of us obsess with avoiding Covid-19 at all costs, a rapidly growing group of people around the world say they are prepared to deliberately take on the virus.

Tens of thousands of people have signed up to a campaign by a group called 1 Day Sooner to take an experimental vaccine candidate and then face coronavirus in a controlled setting.

Among them is Estefania Hidalgo, 32, a photography student in Bristol, England, who works at a gas station to pay the bills.

"I do night shifts there, and it can be very lonely," she recalled on a sunny day near her home. Passing those long lockdown hours with just podcasts to keep her company, she describes discovering the challenge trial movement -- and hearing volunteers' motivations -- as a revelatory moment.

"I was shaken," she said. "No one should be left behind. Old people, poor people, people of color. Everyone just deserves to be healthy."

"This was a way for me to take back control of the situation, to feel like I was in a less hopeless place, and a less hopeless world, and be like, OK, I can do this. To make it better, I chose not to be in fear." 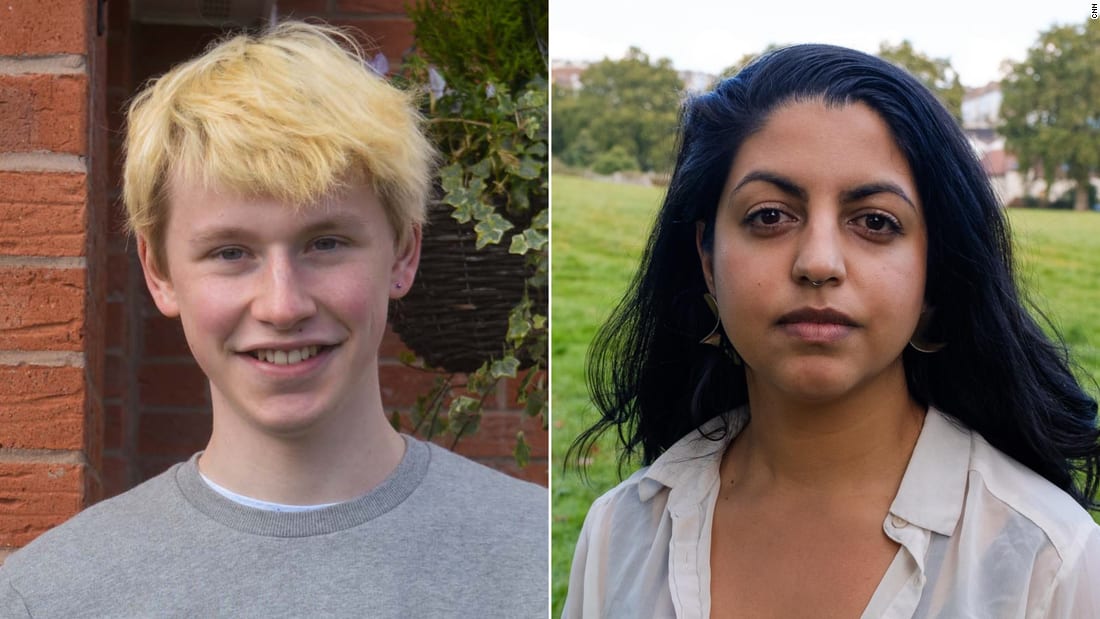 Most people try to avoid Covid-19. But thousands are signing up to be deliberately exposed

Honduras has extended its national coronavirus curfew for another week until October 18, according to a statement published late Sunday from the country's national police.

Hondurans will be able to circulate on a schedule based on the last digit of their IDs. Only authorized economic activities such as transportation, construction, government agencies, health and food services are authorized to operate during the national curfew, according to the police statement.

Additionally, the country’s National Risk Management System extended a national red alert for another week to try to slow the spread of the virus, the Health Ministry tweeted on Sunday.

Honduras has reported 84,081 cases of Covid-19 and 2,512 deaths, according to official health data Sunday.

The agreement of the "Reciprocal Green Lane (RGL)" will be available to Singaporean citizens and residents and Indonesian citizens, the statement read. The RGL will also be referred to by Indonesia as the Travel Corridor Arrangement (TCA).

Travelers will be required to abide by Covid-19 public health measures, including taking a swab test before departure and after arrival from mutually recognized health institutions, it said.

Applications for the scheme will start on October 26, it added. Further details about the health protocols and application process will be announced later in the month.

All 9 million residents of Qingdao, eastern China will be tested for coronavirus over the next five days following an outbreak linked to a hospital treating imported infections, the city's Municipal Health Commission said in a statement on Monday.

Qingdao on Monday reported nine Covid-19 infections -- including four symptomatic and five asymptomatic cases, the Health Commission said. It added that epidemiological investigations showed that all cases were associated with the Qingdao Chest Hospital.

“Qingdao will conduct mass testing for the entire city over five days, and will publish the test results immediately,” the statement said.

As of Monday, a total of 114,862 people – including medical staff and newly hospitalized patients, have tested negative.

Authorities in the coastal city said the specific source of infection was still under investigation.

The neighboring city of Dalian has urged its residents not to visit Qingdao unless it is necessary, the Dalian Municipal Health Commission said on China's Twitter-like Weibo Sunday.

Qingdao is home to numerous beaches and is popular with tourists.

Isolated outbreaks: China's official reported virus numbers have stayed low since the spring. There have been a few flare-ups, including a cluster in Beijing in June, but these were met with immediate lockdown measures and mass testing, and the outbreaks were contained within a few weeks.

Mainland China has officially recorded 85,578 coronavirus cases, including 4,634 deaths, according to the National Health Commission.

UK Prime Minister Boris Johnson is set to announce a new system of Covid-19 alert levels in England as authorities try to curb rising numbers of infections in the country, according to a government statement.

The country will be placed into “medium,” “high” and “very high” alert levels, the statement said, adding that "the government is working with local leaders to decide which areas are covered by the very high alert level, and the appropriate interventions in those areas."

Johnson is expected to outline details of new measures when he addresses lawmakers at the House of Commons on Monday.

The Prime Minister updated the cabinet members on Sunday, and he will chair a meeting of the government’s COBRA committee on Monday morning to determine the final interventions to announce in Parliament. Lawmakers will be asked to debate and vote on these measures later in the week, according to the statement.

“We must do everything we can to protect the NHS (National Health Service) and make sure it can continue to deliver the essential services that so many people rely on," a Downing Street spokesperson said.

“This is a critical juncture and it is absolutely vital that everyone follows the clear guidance," the spokesperson added.

In a social media briefing on Sunday, Vardhan warned people to stay away from large congregations and diligently follow the guidelines issued by the government regarding precautions to be taken.

"There is no need to congregate in large numbers to prove your faith or your religion. If we do this, we may be heading for big trouble. Lord Krishna says concentrate on your goal… my goal and your goal… our goal is to finish this virus and save humanity. This is our religion. The religion of the whole world," the health minister said.

Vardhan's comments come ahead of the Hindu festive period beginning with Navaratri, or “nine nights,” on October 17. Also known as Durja Puja, it ends with Dussehra on the tenth day. The celebrations coincide with the harvest season and culminate with Diwali, the five-day festival of lights celebrating the triumph of good over evil, on November 14.

Vardhan warned of the possibility for increased Covid-19 transmission during the approaching winter months. “These viruses are known to thrive better in the cold weather and low humidity conditions. In view of these, it would not be wrong to assume that the winter season may see increased rates of transmission of the novel coronavirus in the Indian context too,” he said.

At least 44,614 new coronavirus infections and 398 additional virus-related fatalities were recorded in the United States on Sunday, according to Johns Hopkins University.

Here's what the new rules mean:

New cases: South Korea recorded 97 new coronavirus infections Sunday, 68 of which were locally transmitted, according to a news release from the Korea Disease Control and Prevention Agency (KDCA) on Monday.

The total number of confirmed cases for the country is 24,703 and the death toll is 433 as one new fatality was added from the previous day, according to KDCA.