President Donald Trump could not definitively say on Thursday whether he was tested for the coronavirus on the day of his first presidential debate against Democratic nominee Joe Biden.

"I don't know, I don't even remember," Trump said, when asked during a NBC News town hall if a test was done on the day of the September 29 debate.

Asked again whether he took a test in adherence of rules set by the Commission on Presidential Debates, Trump said at the town hall: "I probably did, and I took a test the day before."

The President also could not recall the last time he tested negative for coronavirus before testing positive in early October. He added that he was tested frequently but not every day. 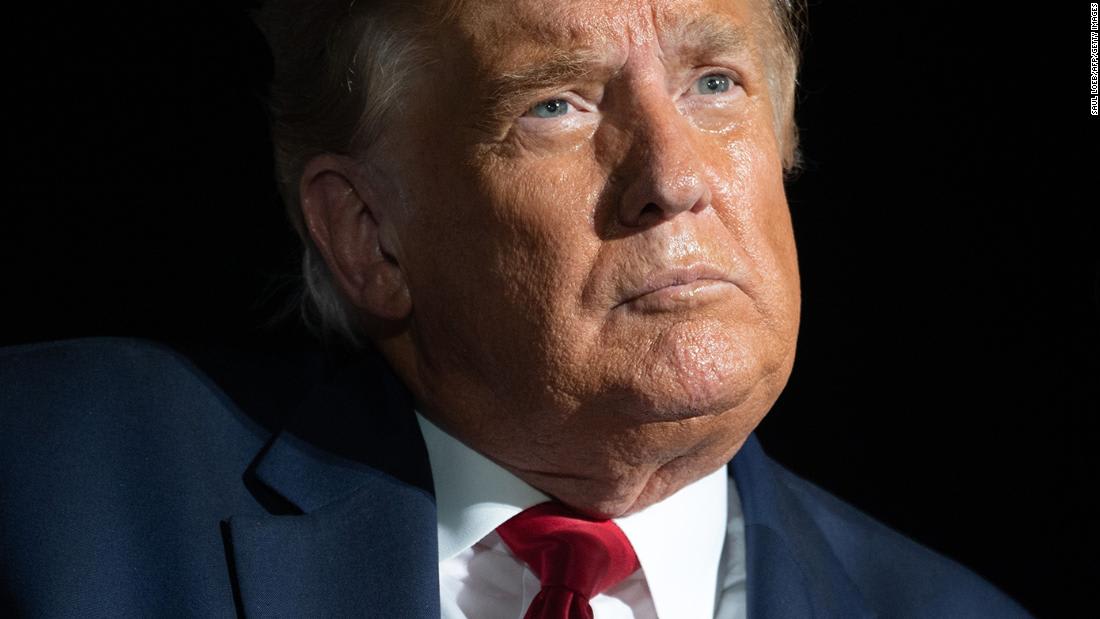 The Japanese capital's total number of confirmed cases now stands at 28,420, according to the Tokyo's Metropolitan Government.

Tokyo's governor urged people to stay vigilant amid the outbreak, saying the city's coronavirus expert panel "analyzed that increased economic activities and new infection clusters would lead into the boost of new infection."

Japan's total number of confirmed cases now stands at 92,143 and 1,663 deaths, according to the Ministry of Health.

The central government blamed the recent uptick on the general public's desire to get back to "normal life."

"The mood of society and public desire to go back to 'normal life' activated the movement of the people and resulted into widening the cluster infection," the government said Thursday.

An influential model of the coronavirus pandemic predicts 389,087 Covid-19 fatalities in the US by Feb. 1 -- 6,000 fewer deaths than the previous forecast, even though the researchers behind the model say the spread of the virus is worsening.

The model, from the Institute for Health Metrics and Evaluation at the University of Washington School of Medicine, shows the pandemic moving into younger populations -- thus the forecast of fewer deaths. The last forecast, released on Oct. 10, projected about 395,000 deaths by Feb. 1.

“Daily cases have begun to increase and transmission has intensified in the northern half of the United States,” the IHME said in its new forecast. “We expect deaths to stop declining and begin increasing in the next one to two weeks. The winter surge appears to have begun somewhat later than the surge in Europe. Daily deaths will reach over 2,000 a day in January even with many states re-imposing mandates before the end of the year.

More data: The model projects just 314,000 deaths by Feb. 1 if everyone uses masks and more than 477,000 deaths if mask mandates are eased. Daily deaths would rise to more than 5,500 if mandates were eased but should settle at around 2,200 at current predictions.

“Expanding mask use remains the best strategy to delay and reduce the magnitude of the surge,” the IHME said.

The worsening spread will likely force many Midwestern states to reimpose restrictions, the IHME said.

A staff member for the charter company that flies Biden also tested positive Thursday, his campaign said, but Biden's travel schedule is not changing because the former vice president did not come within 50 feet of the person.

Harris was not in what the US Centers for Disease Control and Prevention define as close contact with either person, Biden campaign manager Jen O'Malley Dillon said in a statement. Still, Harris' planned trip to North Carolina on Thursday was scrapped, and she will remain off the road until Monday, she said.

"Neither of these people have had contact with Vice President Biden, Senator Harris or any other staffers since testing positive or in the 48 hours prior to their positive test results," O'Malley Dillon said.
"After being with Senator Harris, both individuals attended personal, non-campaign events in the past week. Under our campaign's strict health protocols, both individuals had to be tested before returning to their work with the campaign from these personal events," she said. "These protocols help protect the campaign, the staff, and anyone who they may have contact with; the importance of having such protocols -- which include testing before resuming duties, regular testing while working in-person, isolation after time off, and masking and distancing while on campaign duties -- have been illustrated once again."

Harris has taken two PCR tests for coronavirus since October 8, including a test Wednesday, and has tested negative, O'Malley Dillon said. 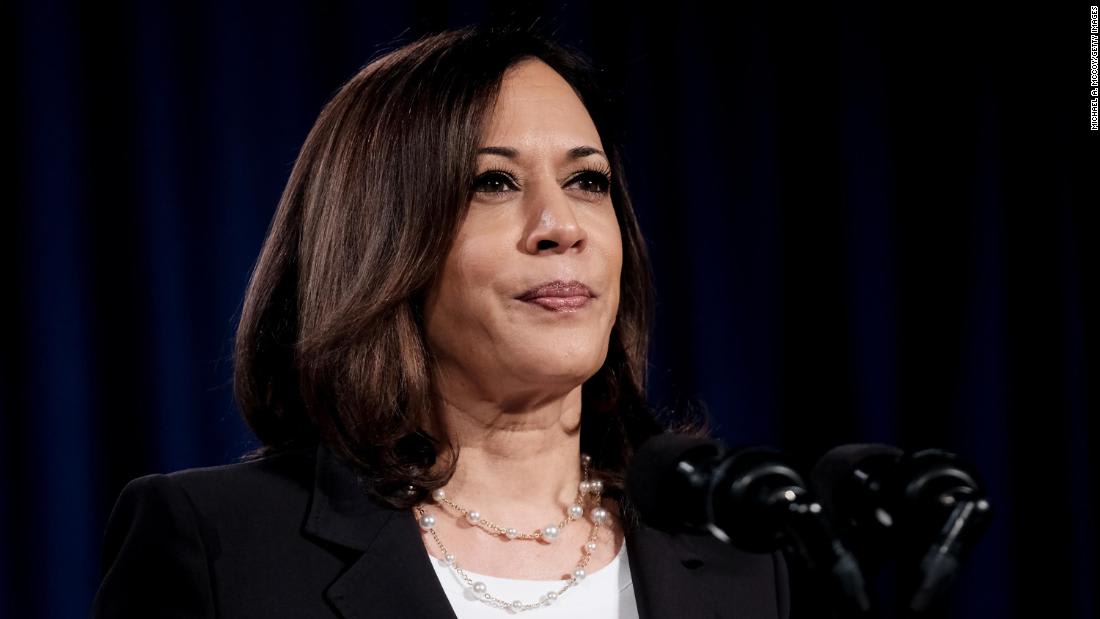 For yet another week hundreds of thousands of American workers filed for unemployment benefits.

Americans filed another 898,000 first-time jobless claims last week on a seasonally-adjusted basis, according to the Department of Labor. That's more than economists had expected and up 53,000 from the prior week.

Weekly claims have fallen a long way since peaking at 6.9 million in late March. But the improvements have slowed to a snail's pace in recent weeks -- and went into reverse last week. That means it could take a long time to get back to the pre-pandemic level of around 200,000 claims per week.

On top of regular jobless claims, 372,891 Americans filed for Pandemic Unemployment Assistance, a program designed in response to the pandemic to help those not usually eligible for unemployment benefits such as the self-employed. That was down 91,000 claims from the prior week.

Adding those together, total first-time claims stood at about 1.3 million last week. 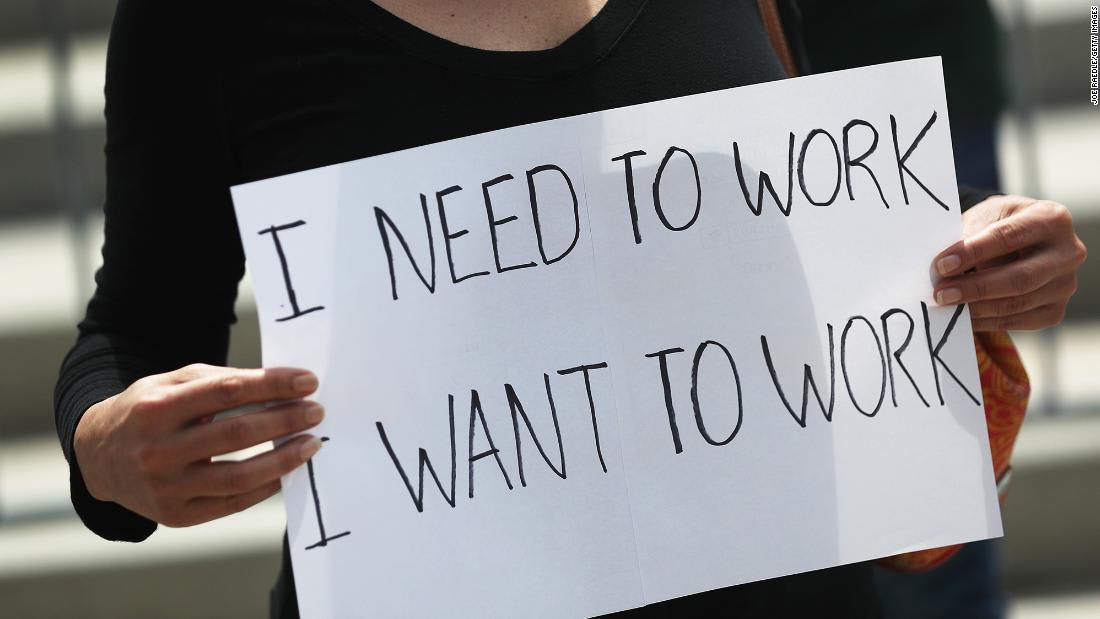 Two of Europe's biggest capitals are in trouble as Paris imposed overnight curfews and London banned people from different households from meeting indoors to combat the spread of coronavirus.

The announcements came as countries across Europe tightened restrictions following a surge in Covid-19 case numbers in most countries.

The French capital and the cities of Aix-Marseille, Grenoble, Montpellier, Toulouse, Saint Etienne, Lille, Rouen and Lyon will face a 9 p.m. to 6 a.m. curfew starting at midnight on Friday, President Emmanuel Macron announced.

"The aim is to reduce private contacts, which are the most dangerous contacts," Macron said Wednesday.

It means Londoners will be banned from mixing with other households indoors in any setting, including in pubs and restaurants. Outdoor gatherings will be limited to six people and people should also avoid using public transport where possible. 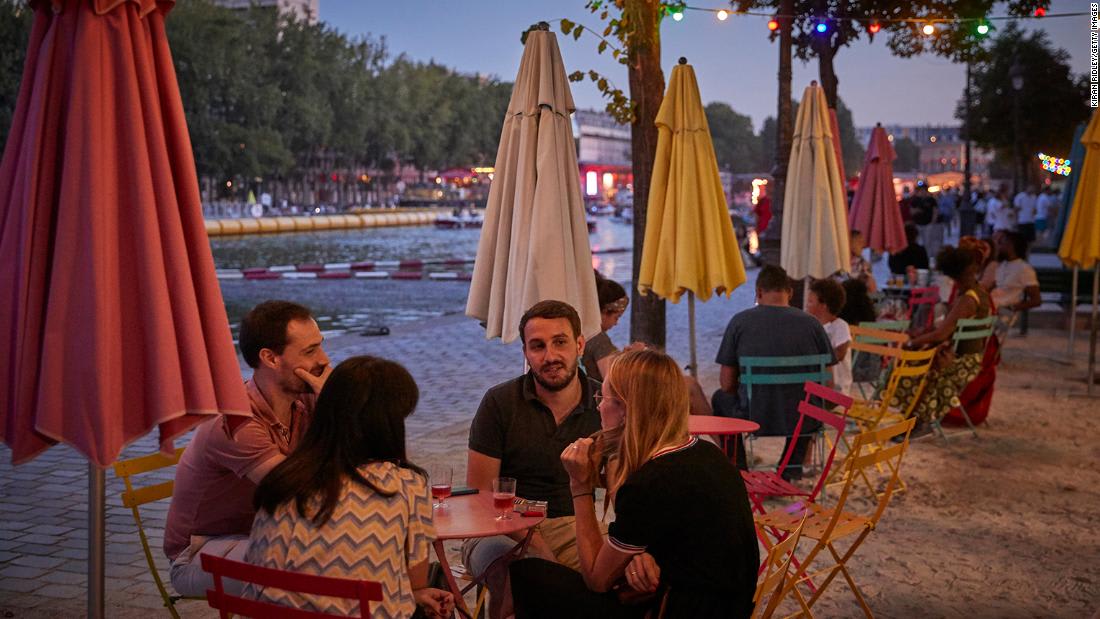 Travelers entering the United Kingdom from Italy will have to self-isolate starting on Sunday, Transport Secretary Grant Shapps announced Thursday.

In a tweet, he said both the Vatican and San Marino will also drop off the UK’s “Travel Corridor,” a list of countries considered safe enough for travelers to visit without self-isolating on entry to the UK.

He also announced the UK would add the Greek island of Crete to the Travel Corridor, meaning people entering the UK from anywhere in Greece will not have to self-isolate.