The rise in new Covid-19 cases in Europe is far higher than the rise in the US, according to data from the World Health Organization (WHO) and Johns Hopkins University (JHU).

The surge in the five worst-affected European nations was nearly 42% higher than the increase in the US in the week from October 6 to 13, according to JHU's seven-day moving average of new cases.

On October 13, that daily average in the US stood at 49,542. In the five worst-hit European countries -- France, the UK, Russia, Spain and the Netherlands -- the total daily average of new cases stood at 70,158 on the same day.

The population of the five European countries is 343 million, while the US population is 331 million.

Europe is in the midst of a second wave of Covid-19 which has spread rapidly across the continent.

Poland, Belgium and the Czech Republic have all seen sharp increases in Covid-19 infections in recent weeks. Poland reported 8,099 new cases on Thursday -- a 24% increase on the previous day's tally, itself a record.

France and the Netherlands have also seen dramatic increases in the numbers of new cases this month.

But the US situation remains critical. The country's moving average of cases has begun trending upward again after falling from a peak of well over 70,000 in July.

The JHU data also shows a rapid decline in new cases registered in India, and a notable if less dramatic fall in Brazil.

The higher coronavirus death rate for ethnic minority groups in England and Wales could be due to socio-economic factors, according to the UK's Office for National Statistics (ONS.)

These rates drop slightly when researchers accounted for geography, socio-economic characteristics and health measures, including pre-existing conditions. But the rate for Black African men remained 2.5 times higher than White peers, while the rate for women was 2.1 times higher.

"All ethnic groups other than Chinese females were at higher risk of Covid-19 mortality than the White ethnic population," the ONS found. The divide was "most strongly associated with demographic and socio-economic factors" and could not be explained by "pre-existing health conditions."

The trend has been covered in multiple reports and inquiries and the UK government remains under pressure to address the issue.

Today’s report confirms that when adjusting for age, rates of death involving Covid-19 remain greater for most ethnic minority groups, and most notably so for people of Black African, Black Caribbean, Bangladeshi and Pakistani ethnic background," Ben Humberstone, Deputy Director of the the ONS Health and Life Events Division, said in a statement Friday.

He added that the difference in risk of death was partially explained by "demographic, geographical and socioeconomic factors, such as where you live or the occupation you’re in."

"It also found that although specific pre-existing conditions place people at greater risk of Covid-19 mortality generally, it does not explain the remaining ethnic background differences in mortality.”

The UK government is locked in an extraordinary standoff with leaders in northwest England over proposed local lockdowns.

Household mixing indoors is barred under Tier 3 rules and pubs and bars which do not serve food have to close.

Mayor of Greater Manchester Andy Burnham said Thursday that he and other city regions in the northwest “unanimously oppose government plans for Tier 3 lockdowns.”

Raab defended the government’s approach and denied claims that the UK’s scientific and medical advisers had suggested another full-blown lockdown.

“The advice the government has had very clearly is that we take this tiered, targeted geographic approach," Raab said.

Manchester city council leader Richard Leese said Friday that the clash was unlikely to be resolved before the weekend.

Russia reported 15,150 new Covid-19 cases on Friday, almost a thousand more infections than the previous high reported on October 14, according to the data from the country’s coronavirus response center.

Russia has seen a surge in infections in the past two weeks, with its highest one-day increase growing almost every day. Russian officials previously said the growing numbers could require additional action but added they believe they can avoid a repeat of the full lockdown that was imposed in the spring when the country was reporting on average around 10,000-11,000 new cases each day.

Capital's cases rise: Of the new infections reported Friday, about 5,000 were identified in Moscow, which is the most affected city.

Late Thursday, city officials said that control over mask-wearing on public transportation has been increased. All facilities remain open, including bars and night clubs.

Vaccine race: Russia has registered two coronavirus vaccines for domestic use but they are so far not available for the general public.

Moscow Mayor Sergey Sobyanin said last week in an interview with state TV that residents need to “hold on for a couple of months” before the mass production of the vaccines begins. Russian Health Minister Mikhail Murashko said Thursday the “wider supply” of vaccines is envisioned for late November or December of this year, according to state-run agency TASS.

That means indoor sports games can turn into superspreader events, the researchers said in the US Centers for Disease Control and Prevention's weekly report.

The game was played on June 16 at an ice rink in Tampa and by the following day, a player, considered the index patient, experienced symptoms of Covid-19, including fever, cough, sore throat and a headache. Two days later, he tested positive for the virus, the Florida Department of Health reported.

Superspreader event: Each team had 11 players, all male, between the ages of 19 and 53, with six on the ice and five on the bench at any given time during the game, the researchers reported. Each team also shared separate locker rooms, typically for 20 minutes before and after the 60-minute game, and no one wore cloth face masks for disease control.

"During the five days after the game, 15 persons experienced signs and symptoms compatible with coronavirus disease 2019; 13 of the 15 ill persons had positive laboratory test results indicating infection with SARS-CoV-2, the virus that causes COVID-19," researchers wrote. Two of the sick individuals did not get tested.

While 62% of the players experienced Covid-19 symptoms, the on-ice referees did not, nor did the one spectator in the stands. 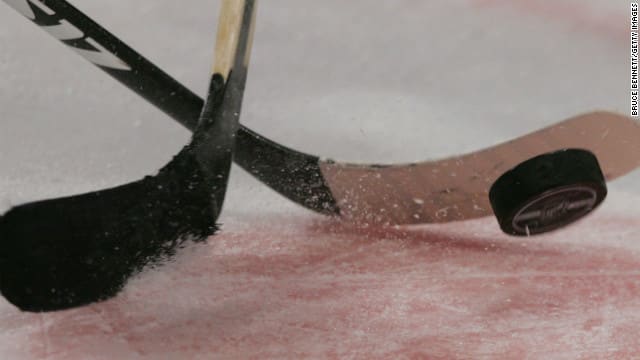 A coronavirus outbreak in the Chinese city of Qingdao, which prompted mass testing of millions of residents, has been traced back to two dock workers, authorities said on Friday.

A total of 12 locally transmitted cases were reported last weekend at the Qingdao Chest Hospital, sparking fears of a wider outbreak. City officials took immediate action and in just four days, they tested more than 10 million people, according to Qingdao's Information Office.

So far, no new cases have been identified in relation to the cluster. One new case has been found, separate from the cluster.

The two dock workers, named Dong and Chen, tested positive for Covid-19 on September 24 and were sent for treatment and quarantine at Qingdao Chest Hospital, according to city officials.

Officials said that the men had CT scans, and the room was not disinfected in the correct way -- contamination that then caused the hospital cluster. 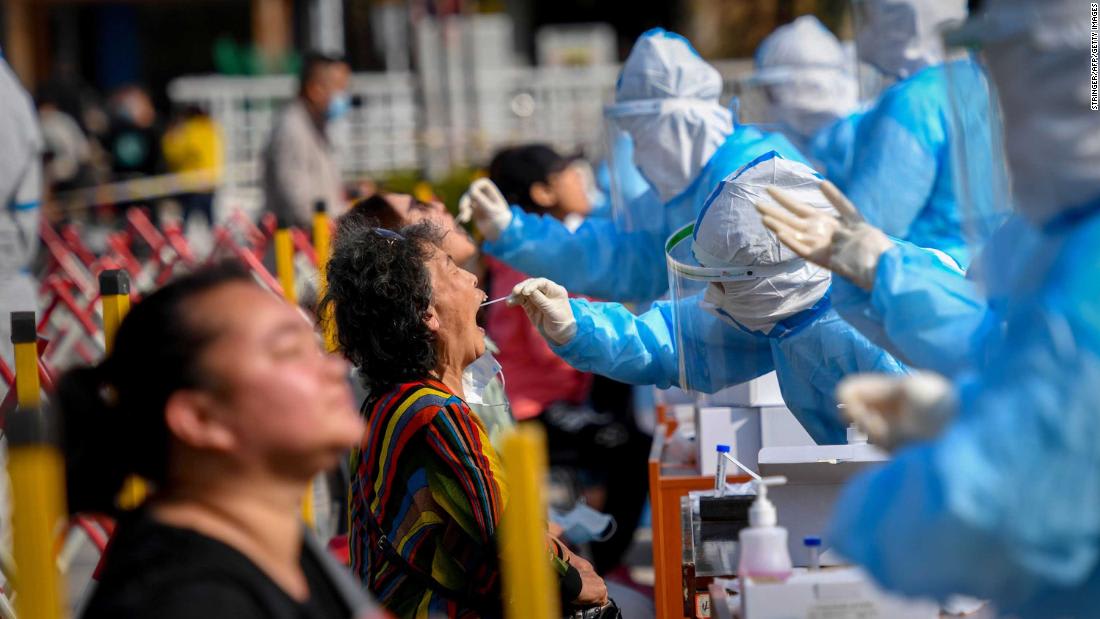 The Czech Republic has recorded 9,721 new coronavirus cases in its highest one-day increase since the pandemic began.

According to the latest figures from the country’s Health Ministry, at least 149,010 cases have now been recorded nationwide.

The number of new infections has been rapidly rising in the country. Friday is the second day in a row that the Czech Republic reported its highest increase in infections.

There have been at least 1,230 deaths from the virus in the country.

"As of now, no further meetings have been arranged. There’s not a meeting arranged for today yet, so we don’t know where we are at the moment," Leese told Sky News this morning.
"What they’ve (Downing Street officials) told us is they effectively need more time to answer the questions we’ve raised with them. I’m sure another meeting will be arranged."

Leese said the standoff could last into the weekend.

"There were meetings taking place all last weekend and there’s a very high chance that’ll be the same here.”

The UK government wants to move Manchester to the highest alert level -- tier 3 -- but Manchester leaders have rejected the plan, arguing they’re not convinced it will work and that there needs to be more financial support offered to those affected.

Former New Jersey Gov. Chris Christie had “an awakening” after spending a week in an intensive care unit with Covid-19, Dr. Jonathan Reiner, a professor of medicine at George Washington University, said Thursday.

“Sounds like Gov. Christie had an awakening,” Reiner, a CNN analyst and cardiologist to former Vice President Dick Cheney, told CNN’s Don Lemon after Christie issued a statement on his illness.

“You know, you see this sometimes in people after a hospital stay,” Reiner said. “They reevaluate where they've been and where they want to go."

Christie sounded humble and angry at the same time, he said.

Christie said he was wrong not to wear a mask.

“I believed that when I entered the White House grounds, that I had entered a safe zone, due to the testing that and I and many others underwent every day. I was wrong,” Christie wrote in his statement.
“I hope that my experience shows my fellow citizens that you should follow CDC guidelines in public no matter where you are and wear a mask to protect yourself and others,” Christie added. 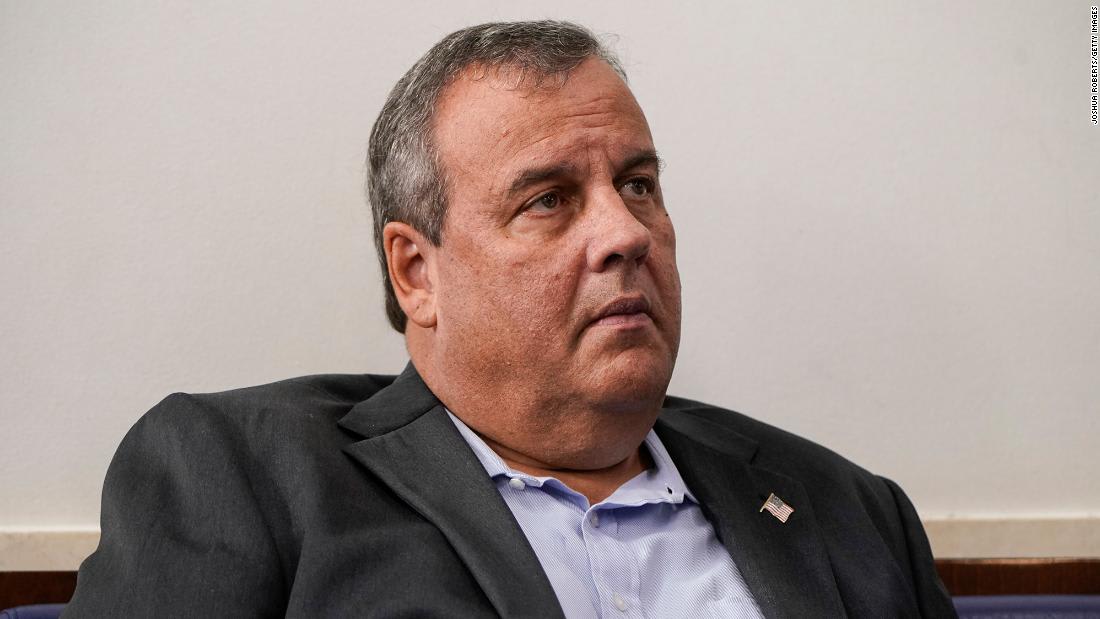