A total of 48,210 new cases of Covid-19 were diagnosed in the United States on Sunday, according to Johns Hopkins University. At least 388 new virus-related deaths were also reported.

At least 8,154,594 coronavirus cases have now been identified nationwide since the pandemic began, killing at least 219,674 people, according to the university's tally.

The totals include cases from 49 states, the District of Columbia and other US territories, as well as repatriated cases.

The state of Wisconsin did not report numbers on Sunday. The Wisconsin Department of Health Services announced on Saturday that due to routine maintenance and updates to their data reporting system, they would not report any new data on Saturday or Sunday.

The number of passengers flying Cathay Pacific dropped by 83.2% in the first nine months of 2020 compared to the same period last year, the Hong Kong-based carrier said Monday.

Ronald Lam, chief customer and commercial officer for the airline, said he expects Cathay to be operating at about 10% of pre-pandemic passenger flight capacity for the rest of 2020, and less than 50% for the whole of next year.

"We assume we will be operating well below a quarter of pre-pandemic capacity in the first half of next year but will see a recovery in the second half of the year -- only assuming the vaccines currently under development prove to be effective and are widely adopted in our key markets by summer 2021," he said.

China is continuing to steadily recover from the economic turmoil caused by the coronavirus pandemic.

The world's second largest economy expanded 4.9% in the July-to-September quarter compared to a year ago, according to government statistics released Monday.

The number was somewhat weaker than expected. Analysts polled by Refinitiv predicted that China would post 5.2% growth. 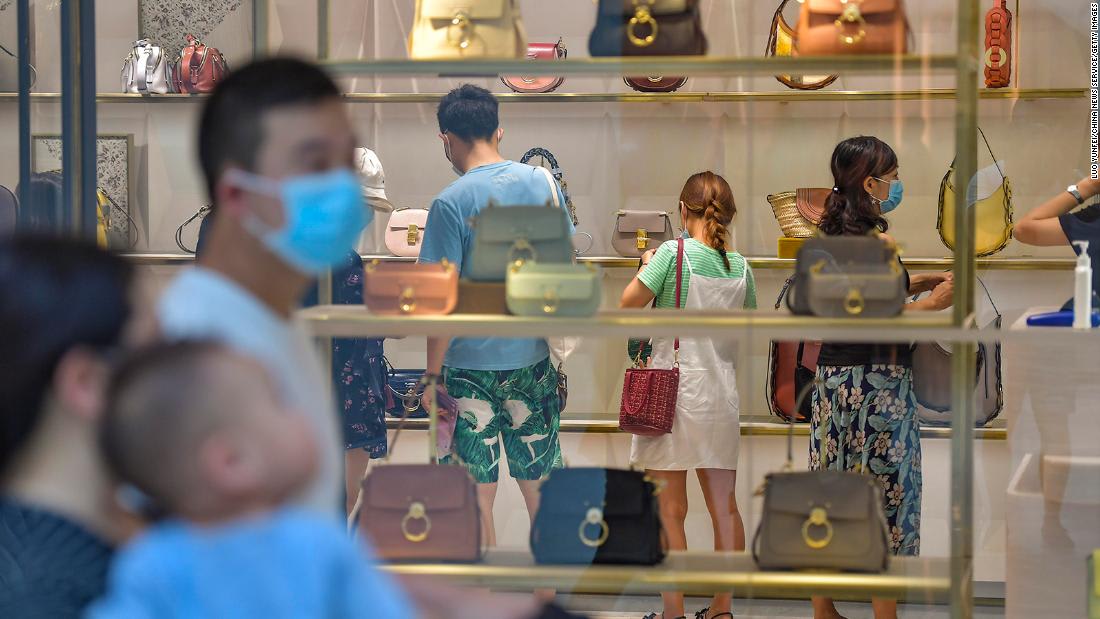 Malaysia reported 871 new coronavirus cases on Sunday, the highest number in a single day since the outbreak began, according to the state-run Bernama News Agency.

The country has so far recorded 20,498 Covid-19 cases and 187 deaths, according to Johns Hopkins University data.

Dr. Noor Hisham, the country's director-general of health, said most cases were reported in the northeastern state of Sabah in Borneo, according to Bernama.

Last Tuesday, parts of Malaysia -- including Sabah and the capital, Kuala Lumpur -- were placed under a Conditional Movement Control Order, which prohibits activities like weddings and sporting events. Inter-district travel for non-work purposes has also been banned.

House Speaker Nancy Pelosi said Sunday she and Treasury Secretary Steven Mnuchin must reach an agreement within 48 hours if they want to pass a coronavirus stimulus relief bill before Election Day.

"The 48 only relates to if we want to get it done before the election, which we do," Pelosi said in an interview on ABC's "This Week." "But we're saying to them we have to freeze the design on some of these things. Are we going with it or not? And what is the language."

Pelosi is putting pressure on the administration to cut a deal by Tuesday because the legislative process in the House and Senate will take time to play out, and it won't be feasible to get a bill passed through both chambers by November 3 if the talks drag on beyond the next couple days.

Senate Majority Leader Mitch McConnell announced on Saturday there would be votes on stimulus measures, including a stand-alone Paycheck Protection Program bill to help small businesses, on Tuesday and Wednesday. But Democrats, who are expected to block McConnell's effort, have been pushing for a larger deal, banking on on-again, off-again talks that Pelosi has had with Mnuchin for months.

Pelosi's office told CNN Sunday that the 48 hours refers to the end of the day on Tuesday and that they need answers to key outstanding questions by then or they won't be able to get a bill passed before the election. Negotiations would still continue after Tuesday if a deal isn't reached, but it wouldn't get done in time before Election Day.

The California Democrat also said during the interview with ABC the White House has watered down language Democrats have been pushing to create a national plan for Covid-19 testing and contact tracing. She also noted that the Trump administration had changed much of the language on testing and tracing after the two sides seemingly came to an agreement last week. 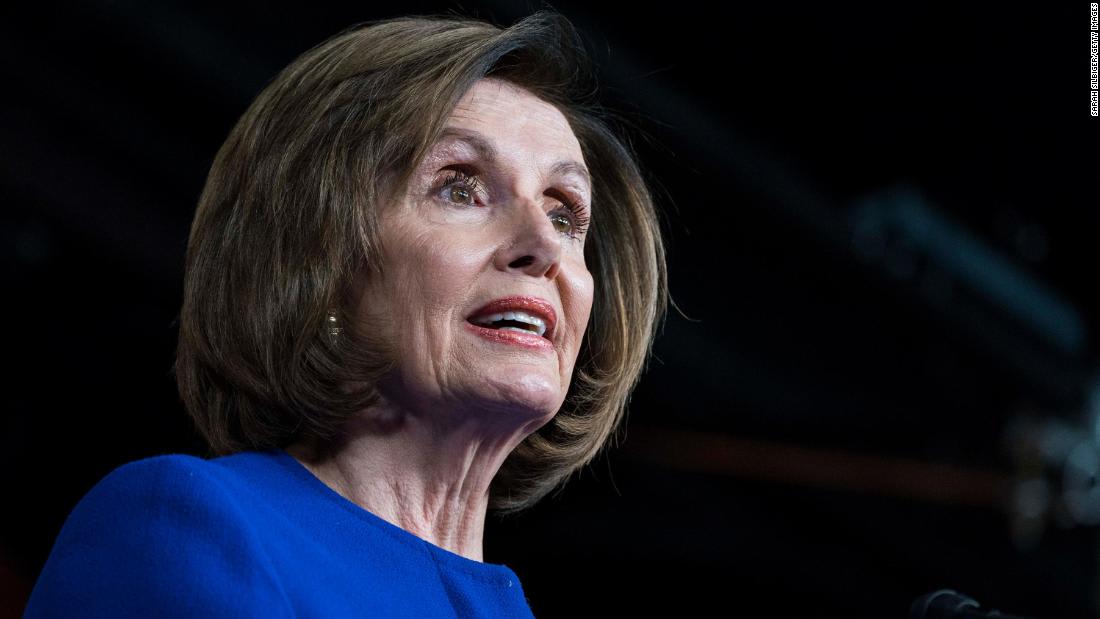 Fauci, the nation's leading infectious disease expert, said during an interview on CBS' "60 Minutes" that aired Sunday, "I was worried that he was going to get sick when I saw him in a completely precarious situation of crowded -- no separation between people, and almost nobody wearing a mask."

"When I saw that on TV, I said, 'Oh my goodness. Nothing good can come out of that, that's got to be a problem,'" he continued.
"And then sure enough, it turned out to be a superspreader event."

Fauci appeared to be referencing the Rose Garden event where Trump announced Judge Amy Coney Barrett was his pick to replace Justice Ruth Bader Ginsburg on the Supreme Court. At least 12 people have tested positive for Covid-19 after attending the September 26 event. 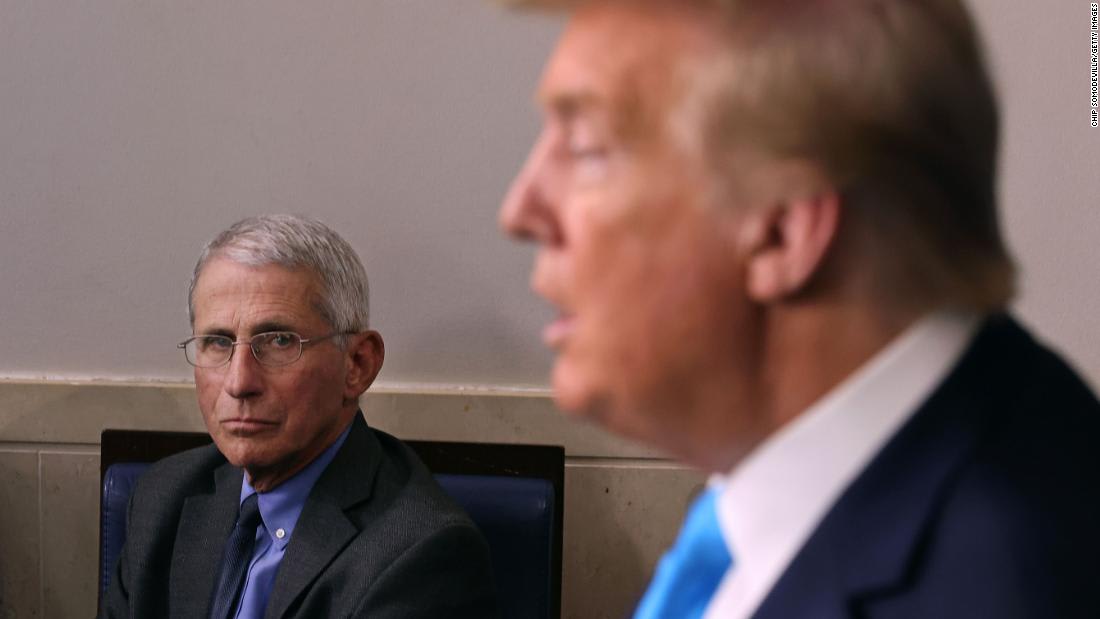 Fauci says he is 'absolutely not' surprised Trump got Covid-19

Despite the US seeing a rise in Covid-19 cases and deaths, Dr. Anthony Fauci says that things would have to get "really, really bad" for him to advocate for a national lockdown.

The US is averaging more than 55,000 new cases a day -- up more than 60% since a mid-September dip -- and experts say the country is in the midst of the dreaded fall surge. On Friday, the US reported the most infections in a single day since July. As of Sunday, more than 8.1 million cases of the virus had been reported in the US and at least 219,669 people have died, according to Johns Hopkins University.

With all the previous and current measures to offset the spread of the virus, "the country is fatigued with restrictions," said Fauci, director of the National Institute of Allergy and Infectious Diseases, during an interview on "60 Minutes" Sunday night.

"We want to use public health measures not to get in the way of opening the economy, but to being a safe gateway to opening the economy," Fauci told CBS News Chief Medical Correspondent Dr. Jonathan LaPook during the interview.
"So instead of having an opposition, open up the economy, get jobs back, or shut down. No, put shut down away and say 'we're going to use public health measures to help us safely get to where we want to go.'"

He added that it's not safe yet to say the country is "on the road to essentially getting out of this." 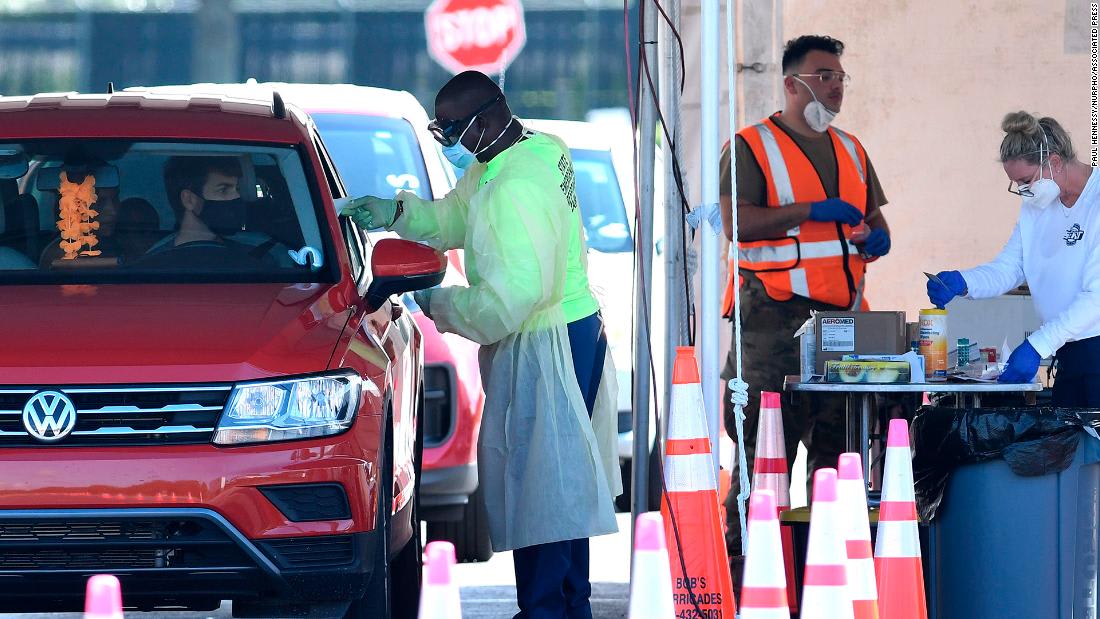 As coronavirus surges across the US, only 2 states are trending in the right direction

Italian Prime Minister Giuseppe Conte on Sunday announced a further tightening of restrictions in the country, after a daily high increase of coronavirus cases for the fifth consecutive day.

Restaurants will be allowed to serve only six people per table and after 6 p.m., only table service is allowed. Gambling venues must close at 9 p.m. and local festivals are now banned.

Gyms and swimming pools are allowed to remain open but Conte warned they would be shut down if they don’t follow the safety protocols by next week.

He said mayors will be allowed to impose curfews in public areas after 9 p.m.

As coronavirus cases spike across the continent, European governments are facing a new obstacle in their efforts to enforce restrictions -- with several major cities and regions fighting back against instructions to lock down in recent days.

Cities in the UK, France, Spain are resisting centralized efforts to impose tighter regulations, with days of tense negotiations ongoing as infections increase.

In the northern English city of Manchester, UK Prime Minister Boris Johnson has become engulfed in a row with local mayor Andy Burnham over whether to move the city from the UK's second tier of restrictions to its most severe third tier.

"If an agreement cannot be reached, I will need to intervene in order to protect Manchester's hospitals and save the lives of Manchester's residents," Johnson said on Friday, urging Burnham to "reconsider his position" and "engage constructively" with the government.

But Burnham has resisted the government's efforts to increase the severity of his city's measures, urging for more financial measures to protect the region's workers placed under stricter rules.

The row escalated on Sunday as Michael Gove, a member of Johnson's Cabinet, called on Burnham "to put aside for a moment some of the political positioning that they've indulged in."

"I want them to work with us in order to ensure that we save lives and protect the NHS ... instead of press conferences and posturing what we need is action to save people's lives," Gove told Sky News, as negotiations between the two teams continued.

The tension is a far cry from the UK's first coronavirus peak, when its four nations all essentially went into lockdown in unison, and adherence from regional authorities and the public was a given. 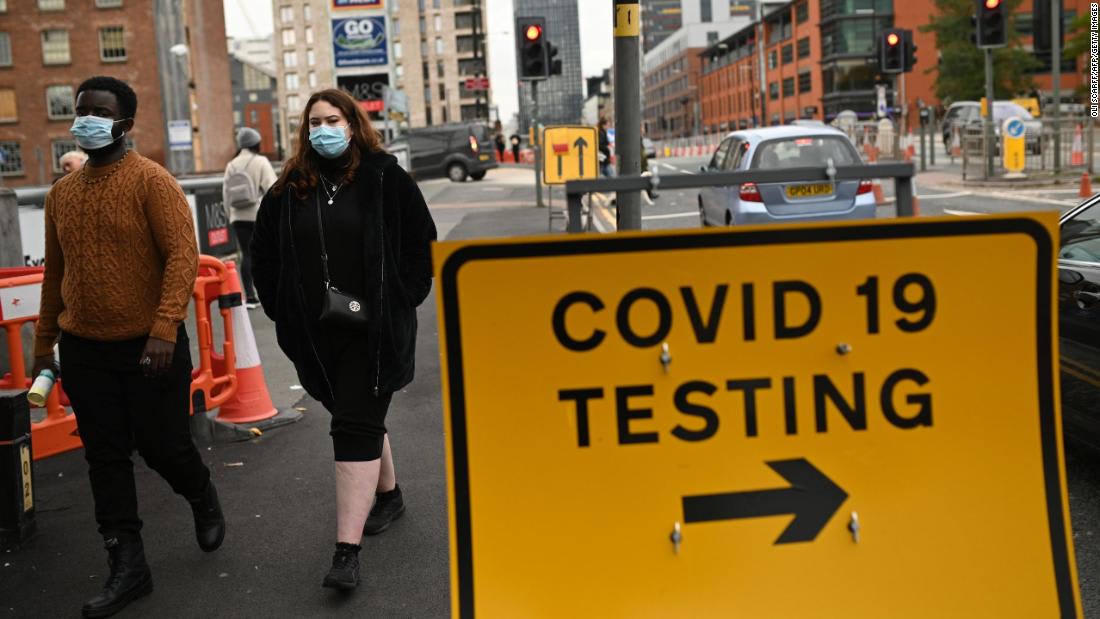