The Transportation Security Administration said it screened more than 1 million people on Sunday, the first time it has crossed that point since the pandemic cratered air travel this spring.

The agency said it screened 1,031,505 people on Sunday.  It is about 40 percent of the 2.6 million people the agency saw on the same day last year.

More than 2,000 TSA employees including airport screening officers have contracted the virus and eight have died.

Indoor gatherings in Austria will be capped at six people from Friday in order to curb the spread of coronavirus, Austrian Chancellor Sebastian Kurz said Monday.

A maximum of twelve people will be allowed at outdoor gatherings, Kurz said at a news conference in Vienna.

Kurz admitted that the measures are “unpopular,” but added “unfortunately, they are necessary.” The limits on gatherings apply everywhere outside of work, with the exception of funerals.

“We are at a point in Austria where the growth is simply too fast, where the numbers are too high, and where we know if this trend continues then it won’t be one which we can endure for months.”

Measures will also be tightened for professional events, such as the opera or Bundesliega football games, which can take place with a maximum of 1,500 people outdoors and 1,000 people indoors.

Austria recorded its highest number of daily cases — 1,750 — last week, according to the health ministry’s dashboard.

“Currently, the number of newly infected is doubling within roughly three weeks in Austria. If this trend doesn’t stop, or even intensifies then this means 6,000 newly infected per day in December,” warned Kurz.

Michael Osterholm, director of the Center for Infectious Disease Research and Policy at the University of Minnesota, told NBC’s Chuck Todd on “Meet the Press” on Sunday that "the next six to 12 weeks are going to be the darkest of the entire pandemic.”

Vaccines won’t be available “in any meaningful way” until the third quarter of next year, he said – and even when they are, half the US population is skeptical of even taking one.

“So, what we have right now is a major problem in messaging,” he said. “People don’t know what to believe, and that’s one of our huge challenges going forward, is we’ve got to get the message to the public that reflects the science and reflects reality.”

Osterholm added that he doesn’t know if there is a lead when it comes to the federal government’s public health response. There are a lot of different voices, which is part of the problem.

“We don’t have a consolidated one voice,” he said.

Osterholm highlighted the 70,000 cases of Covid-19 reported on Friday, which matched the largest number seen during the peak of the pandemic, and said that between now and the holidays, the US will see numbers “much, much larger than even the 67 to 75,000 cases,” he said.

Switzerland introduced new restrictions on Monday after registering 8,737 new Covid-19 cases and 14 deaths over the weekend, according to data from the Swiss public health agency.

From Monday large public gatherings are banned, and a nationwide mask mandate is in effect.

Switzerland has registered 83,159 Covid-19 cases since the start of the pandemic, and the daily number is growing at a rapid pace.

Despite repeated claims that they’re committed to transparency, Johnson & Johnson and the US Food and Drug Administration still aren’t revealing critical details one week after the pharmaceutical giant announced its Covid-19 vaccine trial was on pause.

The company and the FDA declined to answer two questions from CNN:

2) Whether this was the first pause for the trial.

The answers to both questions are crucial to understanding what the participant’s illness might mean for the safety of a vaccine.

A Johnson & Johnson spokesman pointed CNN to the company’s October 12 statement, which did not say if it was the first pause, and did not say if the company knew whether the ill participant received the vaccine or a placebo.

Public health experts have urged companies to be transparent about their vaccine clinical trials, considering that hundreds of millions of Americans will eventually be asked to roll up their sleeves and take a Covid-19 vaccine.

Wales is to enter a two-week "fire break" lockdown that will require everyone to stay at home to fight the spread of Covid-19, First Minister Mark Drakeford announced Monday.

The lockdown will begin at 6 p.m. local time on Friday and will require all non-essential businesses such as retail stores, restaurants and bars to shut down until November 9.

This is the shortest we can make it, but that means it needs to be sharp and deep to have the impact against the virus we need it to have," said Drakeford.

The only exceptions to the stay-at-home rule will be critical workers and those in jobs that make it impossible to work from home.

“A firebreak period is our best chance of regaining control of the virus and avoiding a much longer and much more damaging national lockdown,” said Drakeford as he announced the so-called "circuit breaker" restrictions. “This is the moment to come together, to play our part in a common endeavour.”

Libraries, gyms and places of worship will also be closed during the lockdown, which will take place during a break period for schoolchildren.

Miami Beach Mayor Dan Gelber released a video this weekend accusing Florida Governor Ron DeSantis of adopting the controversial practice of herd immunity as a strategy against the coronavirus.

It has become very clear that the state of Florida is pursuing herd immunity as its policy for combatting Covid-19,” Gelber said in the video.

Gelber claimed that one day after DeSantis held a roundtable discussion with Dr. Martin Kulldorff and Dr. Jay Bhattacharya -- two of the authors of the Great Barrington Declaration, which according to Gelber advocates for herd immunity -- DeSantis decided to fully reopen his state.

“I hope the governor reconsiders this approach,” Gelber said in the video.

CNN reached out to Gov. DeSantis’ press office and his communications director did not wish to comment.

Hollywood has had a disastrous 2020 with the coronavirus pandemic leaving the entertainment industry reeling. But Hollywood's loss is Netflix's gain.

Netflix thrived in 2020 as people were stuck at home during the global health crisis. The company posted colossal subscriber gains over the past two quarters, which helped drive its stock up nearly 70% this year.

Now, investors are eager to learn whether Netflix can take that momentum into next year.

The company will report its third-quarter earnings after the bell on Tuesday. Wall Street will keep its eye on subscriber growth (as is always the case with Netflix). Still, a lot of attention will focus on what the company has to say about next quarter, and next year, according to Bernie McTernan, a senior analyst at Rosenblatt Securities.

Netflix's subscriber forecast of 2.5 million in the third quarter is a "conservative number" that the company should exceed, McTernan believes. However, it could be an indicator that next year may be much leaner than 2020.

"We think that in 2021, subscriber growth is going to be slowing substantially," he told CNN Business. "We think that the outlook for '21 will be more challenging for Netflix."

He said the company could raise prices, which could lead some to cancel. It may also face increased competition. Disney+, the company's nascent streaming service, has brought in more than 60 million subscribers in less than a year. 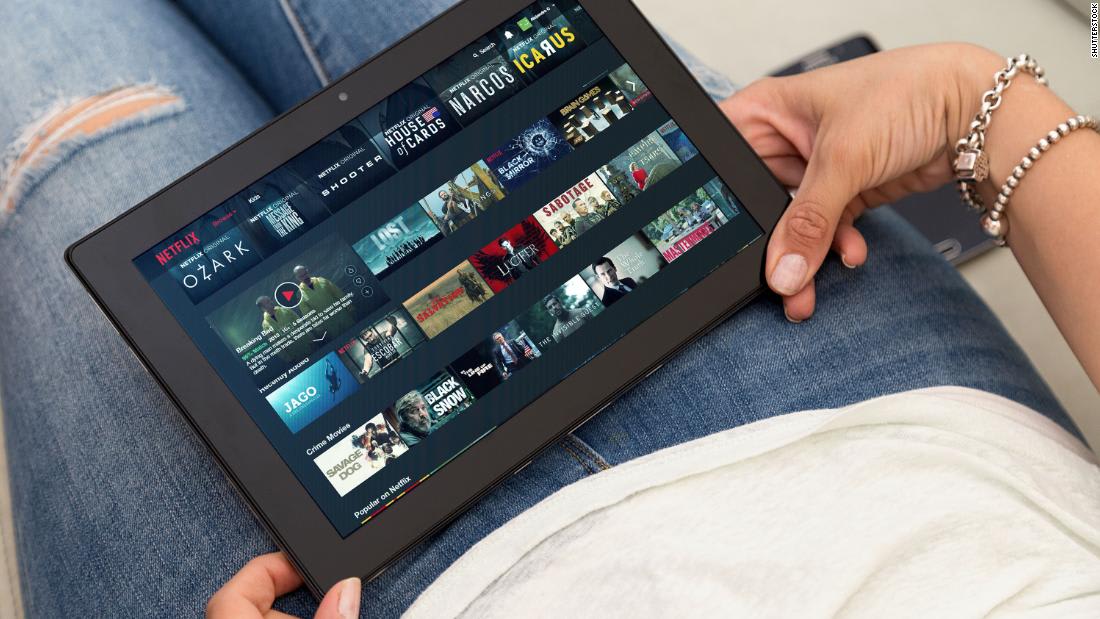 A member of parliament for Bolton, in England's Greater Manchester region, has been hospitalized after testing positive with Covid-19.

In a social media statement on Monday, Yasmin Qureshi said she was started feeling ill two weeks ago and was subsequently diagnosed with the virus. After taking a turn for the worse on Saturday, she was admitted to hospital with pneumonia.

Qureshi thanked workers from the UK's National Health Service in the statement, saying:

“I'm being very well looked after and have nothing but praise and admiration for the wonderful staff at the hospital. They have been amazing throughout the process and I would like to extend my thanks to everyone working here in such difficult circumstances.”

The news comes as local leaders in Greater Manchester remain in a stand-off with the UK government about imposing further restrictions unless national money is allocated for local economies.