Poland reported 13,632 new Covid-19 cases on Friday, the country’s highest number since the pandemic began and more than a 50% increase on Monday’s 7,482 cases.

The Ministry of Health also reported a further 153 deaths related to Covid-19, the second-highest number since the start of the pandemic. Poland now has a total of 228,318 confirmed cases and 4,172 deaths.

Prime Minister Mateusz Morawiecki said on Twitter that more than 10,000 of the country's 18,000 hospital beds are currently occupied.

While there is "some buffer," he added: "the pace of the increase is making us very concerned. If the curve is not flattened and new cases continue to rise, we will have to introduce drastic measures such as closing the borders, restrictions on movement or a deeper lockdown.”

More restrictions: From Saturday, the government said the entire country will be placed in a “red zone” and new restrictions will be implemented.

They include: remote learning for all but the youngest pupils and students; requirement for youths up to 16 years of age to be accompanied by an adult in public spaces between 8 a.m to 4 p.m.; closing restaurants except for takeaway or delivery; a maximum of five people from outside a household allowed to meet in public spaces; restrictions on the movement of people of the age of 70.

Nightclubs where dancing is permitted will be limited to a capacity of 50 people in Sweden, Prime Minister Stefan Lofven announced Thursday.

“It’s time for partying in nightclubs to stop,” said Lofven, adding: “It is disrespectful to health care staff, who have worked hard, day and night, when they open a newspaper and see photos from packed nightclubs and dance floors.”

The tightening of nightclub restrictions -- still lenient compared with other European countries where nightlife has all but ceased -- comes as the country sees a spike in coronavirus infections.

Sweden reported 1,614 new cases in the past 24 hours. The record was set on Tuesday with 3,180 new cases, according to Johns Hopkins University data.

Venues that don’t allow for dancing but serve food and beverages for seated customers at a safe distance do not have to limit numbers.

Meanwhile rules on sporting and other events have been relaxed to allow up to 300 spectators where they can be seated at a safe distance. Currently, 50 spectators are allowed.

The changes will come into effect on November 1.

Residents in Slovakia will not be allowed to leave their homes from Saturday unless they have a negative coronavirus test or are carrying out an exempted activity, the country’s government announced at a press conference on Thursday.

There’s also time exception -- people can leave their homes between 1 a.m. and 5 a.m.

All schools will be closed for in-person classes starting Monday, October 26 until Friday, November 27. The only exceptions to this rule are nurseries, kindergartens and lower grade elementary schools (grade one to four which equates to the ages of roughly 6 to 9).

The list of exempt activities includes: leaving the house to get a coronavirus test, going to work or school, shopping for food in the nearest shop, going to a doctor’s appointment or a pharmacy, undertaking caretaker duties, taking care of animals, pet walking (only within 100 meters of the home), attending a funeral, going to the post office, the bank, insurance company, dry cleaner, car service stations or to spend time in the nature, but only within the person’s immediate region.

Slovakia went into an official state of emergency on October 1 when its infection rates started going up. The country reported a record high number of new infections on Thursday of 2,581.

A Covid-19 vaccine could be available for the German population “at the beginning of next year,” the country’s health ministry confirmed Friday during a regular press conference.

Germany’s health minster Jens Spahn was quoted in German magazine Der Spiegel on Friday saying that as soon as enough vaccine was available it would be possible to vaccinate a large proportion of the population that wanted the shots in six to seven months.

Spahn went on to say that Germany would be prepared to pass on surplus doses to other countries.

The country recorded more than 11,000 new infections for the second day in a row, according to the Robert Koch Institute (RKI), the country’s disease and control agency, on Friday.

The head of RKI, Lothar Wieler, described the situation as "very serious."

Czech Health Minister Roman Prymula says he is “prepared to face the consequences” after being photographed leaving a restaurant in Prague late on Wednesday night, just days after he announced a strict lockdown and pleaded with people to stay home.

The country is currently experiencing one of the worst coronavirus outbreaks in the world in terms of new infection per capita. Restaurants in the Czech Republic have been closed for sit-down service since Wednesday, October 14. Take-away service is allowed, but only until 8 p.m.

The photos, published on Friday in the country’s top-selling tabloid newspaper Blesk, showed Prymula leaving the restaurant and entering his chauffeur-driven government car without a mask.
According to the rules that came into effect earlier this week, people in the Czech Republic must wear masks when in a car with people outside their households.

Jaroslav Faltynek, Prymula’s political ally and the parliamentary leader of the government ANO party, was also seen at the restaurant. He apologized in the Parliament on Friday.

Faltynek said he asked Prymula to meet with him to discuss the current coronavirus situation and stressed the restaurant was closed when the two men met there.

“We met Wednesday night in a closed restaurant, in the lounge, where we discussed these things over a coffee, and that's it,” Faltynek said in the Parliament. When challenged by members of the opposition, he added: “Since I know the owner of the restaurant, I know it was only open until 8 p.m. He just allowed us to use the restaurant’s private lounge to talk about these things over a coffee.” “I apologize for breaching the trust [of the public],” he said.

A number of Czech politicians have called for Prymula to resign.

Speaking to the Czech weekly news magazine Respekt, Prymula said he didn’t think what he did was “too much”, but added that “if the public wants me to resign, I would.”

CNN has reached out to the Czech Health Ministry for comment.

Russia reported 17,340 new cases of coronavirus on Friday, around 1,000 cases more compared to the previous record daily increase reported on October 20, according to the data from the country’s coronavirus response center.

The total number of coronavirus cases in Russia as of October 23 is 1,480,646. It has the fourth highest number of cases in the world, after the United States, India and Brazil, according to Johns Hopkins University data.

The figure comes a day after it was reported that Russian Health Minister Mikhail Murashko was self-isolating after one of his family members tested positive for the virus, his aide told state-run news agency RIA Novosti.

Several high-ranking Russian officials previously either had coronavirus or had to isolate due to possible exposure to it.

Ukraine reported 7,517 new Covid-19 cases on Friday, hitting a new daily high since the start of the pandemic, according to data published by the country’s National Security and Defense council.

The country also registered 121 additional deaths related to Covid-19 in the past 24 hours, bringing the total number of fatalities to 6,164.

With more than two dozen states reporting rising Covid-19 infections, new reports from leading health officials show a worsening of the pandemic across several US regions.

The data comes as more state leaders have sounded the alarm on increasing infections, hospitalizations and deaths. The national average of new daily cases has climbed to just under 60,000 -- a level that hasn't been seen since the first week of August.

Meanwhile, more than 41,000 people are hospitalized with Covid-19 across the country, according to the COVID Tracking Project. Hospitals in states like Missouri and Idaho say they'll soon be facing a crisis if hospitalizations continue to surge.

Deaths are also creeping upward. On Wednesday, the US reported the highest daily death toll in more than a month, with more than 1,100 new deaths. And an updated model from the University of Washington's Institute for Health Metrics and Evaluation projects more than 140,000 Americans will likely die from the virus in the next three months. 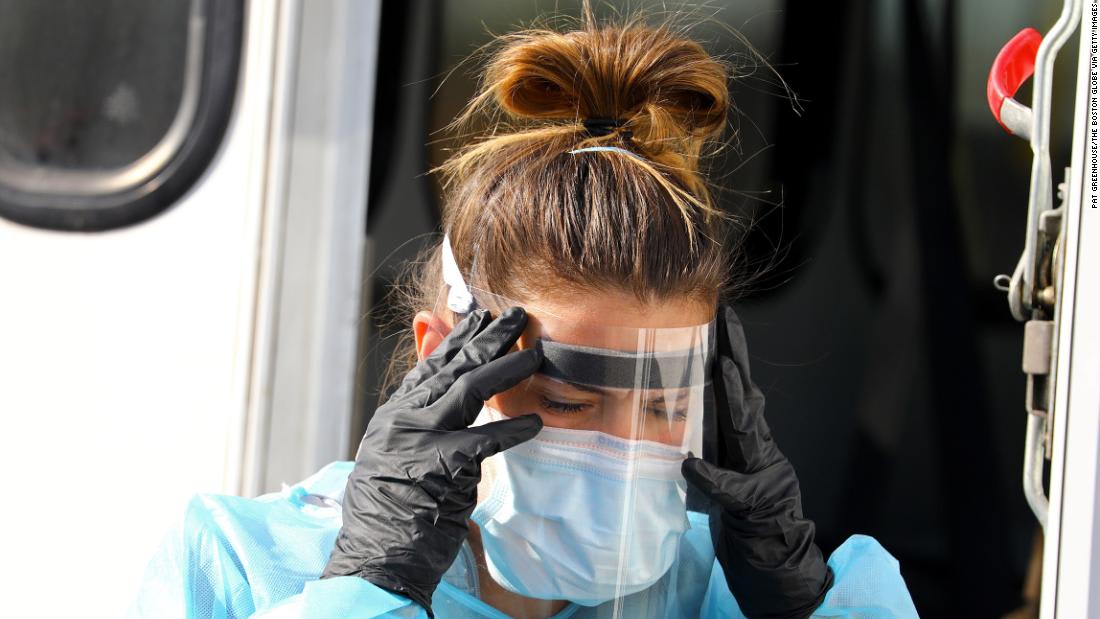 Australia's Prime Minister Scott Morrison has agreed to raise the quota of Australian citizens stranded abroad that can return to the country.

"We agreed to increase caps again for a number of jurisdictions which will further assist Australians coming back from overseas," Morrison said at a news conference in Canberra Friday.

Australia has some of the strictest border rules in the world. Only Australians are allowed into the country -- and there's a limit on how many are allowed in. In July, around 4,000 people each week were allowed to return.

Reopening target: Morrison said that the government was pushing forward with the "reopening framework for Australia by Christmas" -- likely a reference to having borders between states and territories open again.

"We look forward to that opening, and the commitment by Christmas of this year, certainly seven out of the eight states and territories will be open, and that'll be a great day for Australia. And you never know, it might be eight," Morrison said.

Australia has reported more than 27,000 coronavirus cases and 900 deaths, according to Johns Hopkins University's tally.