Australia's Victoria State on Wednesday reported two new Covid-19 cases and two new deaths from the virus after two consecutive days of no new cases and deaths, according to Victoria's Department of Health and Human Services.

The two new cases are close contacts of other positive cases, Victoria Premier Daniel Andrews said in a news conference Wednesday. The two deaths, a man in his 70s and a man in his 80s, occurred several weeks ago but were now confirmed to be coronavirus-related deaths, Andrews added.

Emerging from lockdown: This comes after the state eased restrictions Wednesday, with the city of Melbourne moved out of lockdown.

Andrews urged Victorians to remain vigilant as 180,000 workers return to work with the reopening of retail stores, cafes and restaurants, beauty salons and pubs.

"The greatest support is for everybody to remain vigilant so that we can be Covid safe and open, find that Covid normal, and then lock it in," Andrews said.

The United States Immigration and Customs Enforcement (ICE) has released more than 250 detainees following a court order requiring government officials to reduce the overall detainee population at their processing center in Adelanto, California, where hundreds were infected in a coronavirus outbreak.

The immigration detention facility in Southern California is one of the largest in the country and capable of housing up to 2,000 adults. It has reported 238 coronavirus cases as of Tuesday.

Court order: US District Judge Terry Hatter Jr. ordered the reduction in population at the detention center on Oct. 15 after a class action lawsuit was brought by the American Civil Liberties Union (ACLU) of Southern California. In his decision, the judge accused the government of “straight up dishonesty” and said the outbreak posed “an unreasonable risk to each detainee’s safety.”

ICE response: In a news release on Tuesday, ICE announced it would comply with the judge’s order, which it said had resulted in "the release of dangerous criminal aliens into various communities."

“ICE has complied with this overreaching court order; however, the public should know that the ruling undoubtedly places them at greater risk,” said ICE senior official Tony H. Pham in the release.

According to the release, more than 85% of the detainees at the Adelanto facility had pending criminal charges and/or convictions. Among those released, more than 60% had final orders of removal by federal immigration judges.

“These criminal aliens have serious convictions and charges – releasing them is an extremely risky gamble to take with public safety,” Pham added.

"Fear mongering": In a statement to CNN, ACLU senior counsel Ahilan Arulanantham said ICE has "a long history of fear mongering to justify their draconian practices."

"Everyone released either had no criminal convictions or had finished serving their time. None of them deserved to live in a crowded facility rife with Covid due to ICE’s incompetent management,” Arulanantham said.

The current population at the Adelanto facility is now approximately 465, down from approximately 730 detainees before the judge’s order, the news release states.

Hawaii will soon allow travelers from Japan to enter without undergoing quarantine, as long as they present a negative Covid-19 test before flying.

This is the first time Hawaii has allowed travelers from outside of the United States to do so since the pandemic began.

The program follows the same guidelines as flights coming from the US mainland, with travelers required to get a negative coronavirus test within 72 hours of travel from a group of pre-approved testing providers.

“Many of Hawaii’s families trace their ancestry back to Japan,” Hawaii Gov. David Ige said Tuesday, “And welcoming our Japanese guests back to Hawaii is an important step in maintaining the close relationship between our two regions.”

The first flight from Hawaii to Japan is expected to arrive on November 6, with only 10 such flights scheduled for the entire month. If there are no unexpected problems, Hawaii Airlines, Japan Airlines and All Nippon Airways intend to significantly increase the number of flights from Japan to Hawaii in December.

“Welcoming visitors from a country that's so dear to us is important,” Hawaii Lt. Gov. Josh Green said.

Discussions are already underway with the governments of Canada, South Korea, Thailand and New Zealand about expanding the program to those countries.

Switzerland runs the risk of lacking hospital beds and intensive care units in the coming weeks as the number of coronavirus infections soar in the country, a Swiss health official said on Tuesday.

Andreas Stettbacher, a delegate for the Coordinated Medical Service, the government’s scientific advisory group, warned in a news conference that if the surge in cases continued, hospitals would be “fully occupied” in 15 days and intensive care units in 11 days.

In the same conference, the head of the Swiss National Covid-19 task force Martin Ackermann said that “we don’t have time to lose,” warning that hospitals have already reached their limit. Ackermann also said that there is no indication for the task force that the pandemic is decreasing in Switzerland.

“Switzerland has today more hospitalizations and deaths than mid-March and numbers are rising,” Ackermann said.
“People are not restricting their mobility as they did in mid-March. The mobility level is currently much higher than at the peak of the first coronavirus wave.”

Stricter measures: Ackermann also indicated that a full lockdown must also be an option for Switzerland to curb the virus’ spread, saying there were no alternatives to drastic measures.

On Monday, Health Minister Alain Berset announced that the Swiss government plans to announce stricter coronavirus measures on Wednesday to control the spread of the virus.

The country recorded 5,949 new cases on Tuesday, bringing the total number of infections to 127,042 since the start of the pandemic.

The death toll in Switzerland stands at 1,930.

The White House included ending the coronavirus pandemic on a list of the Trump administration's science and technology accomplishments, even though nearly half a million Americans tested positive for Covid-19 in just the last week.

A White House Office of Science and Technology Policy news release made the claim in announcing a document highlighting the administration's science and technology achievements over the past four years.

"Highlights include: ENDING THE COVID-19 PANDEMIC," the news release sent to reporters read. "From the outset of the COVID-19 pandemic, the Administration has taken decisive actions to engage scientists and health professionals in academia, industry, and government to understand, treat, and defeat the disease."

The news release comes as the country reports the largest number of daily cases seen to date. The seven-day average of daily new cases reached an all-time high of 68,767 on Sunday, according to data from Johns Hopkins University. The previous record of 67,293 was set July 22. 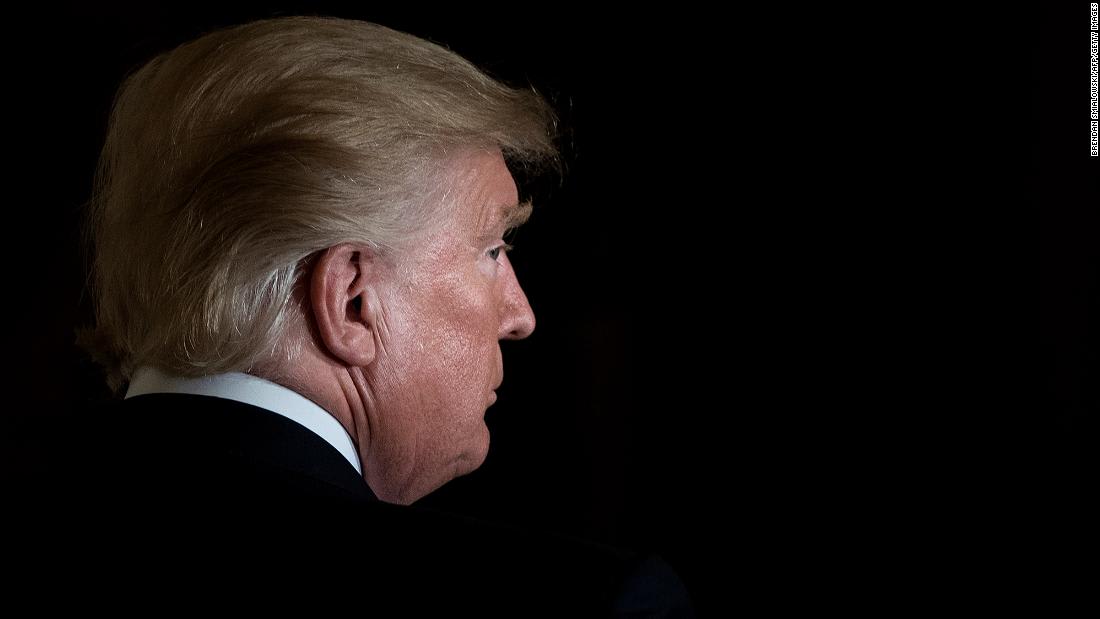 Jha believes that staggering number could be averted, but he said, “there’s just not enough policy impetus to act as we need to, and I’m worried we’re going to hit 100,000 in a day at some point in the coming weeks.”

Jha is more hopeful the daily death toll won’t spike along with the current Covid-19 cases.

“We have gotten so much better with treatments,” he said.

“We’ll distribute vaccines, accordingly, to all of America simultaneously,” Perna said at an online event hosted by the conservative Heritage Foundation think tank.

“We will make sure that there is equitable distribution in accordance with that priority, and then the states will, you know, they own the actual final distribution and administration down to individual arms,” he added.

Perna said he expects the availability of vaccine doses to increase in 2021.

Perna said there are plans to carefully track exactly where the vaccine is being distributed.

“It'll be a hot commodity, of course, and we need it to get to the places where it will be distributed based on state priorities and requirements, in accordance with the safety and effectiveness of the vaccine,” he said.

Perna said Operation Warp Speed, the federal government’s vaccine response effort, plans to cover all parts of the United States and its territories.

“We want to be able to make sure we can get to those American citizens who are overseas, you know, serving in Department of Defense, or State Department, et cetera,” he added.

Almost 3 million cases of coronavirus have been reported worldwide in the past seven days, a global record, the World Health Organization reported Tuesday.

It’s the shortest exponential increase in case numbers since the start of the pandemic, WHO officials said in a news release, but the number of new deaths is comparable to previous weeks.

More than 42 million cases of Covid-19 have been reported globally as of Oct. 25 and 1.1 million deaths, the health agency said, with 2.8 million new cases and 40,000 new deaths in the past week.

Europe is reporting the highest number of new cases for the second week in a row at more than 1.3 million – an increase of 33% compared to the previous week, WHO said, and contributing to 46%, or nearly half, of all new cases globally this week.

“Similarly, the number of deaths continues to increase in the region with a 35% increase from last week and accounting for nearly one third of all new deaths globally,” the agency reported.

Cases are also increasing in the Americas, Eastern Mediterranean and African regions.

“Despite regional variations, the countries reporting the highest number of cases in the past week remain the same as the previous three weeks: India, the United States of America, France, Brazil and the United Kingdom,” WHO officials said.

The US, Brazil and Argentina are still reporting the highest number of new regional cases of Covid-19 and new deaths at 78% and 67%, respectively.

“Cases are now approaching the previous epidemic peak in July,” WHO said.

The death toll in the US has surpassed 225,000, according to Johns Hopkins University.

On Tuesday, France saw its highest death toll since April with 523 deaths, according to numbers released by the national health agency.

“We need to take measures given the severity of the crisis,” he said following a meeting between French Prime Minister Jean Castex and political representatives about the pandemic.

France recorded at least 33,417 new coronavirus cases on Tuesday, according to numbers released by the health agency.