Merkel's latest comments follow her announcement that Germany is set to impose impose a partial lockdown, which will see restaurants, bars and clubs closed as COVID-19 cases grow in order to avoid a national health emergency.

"Lies and disinformation, conspiracy, and hatred damage not only the democratic debate, but also the fight against the virus," Merkel said on Thursday. "It is only with solidarity and transparency that we will be able to confront the pandemic."

Merkel also warned the coronavirus situation in Germany is worsening and if the current trajectory continues, intensive care units could be overwhelmed in the coming weeks. She added that schools and kindergartens should remain open with increased hygiene measures.

"The measures we take now are suitably necessary and proportionate," Merkel said.

"Freedom is not doing what everybody wants but freedom is responsibility," she said. "We are in a dramatic situation -- it affects us all."

The failed bet laid by President Donald Trump to ignore science and prioritize his political goals early in the pandemic, revealed Wednesday in fresh detail by new Jared Kushner tapes, is backfiring in devastating fashion at the critical moment of his reelection bid.

Dark warnings by scientists and new data showing a nationwide explosion in a virus Trump says is going away, crashing stock markets and real-time examples of the White House's delusions about its failed response are consuming the President as tens of millions of early voters cast judgment.

Democratic nominee Joe Biden, leading in the polls with five days of campaigning to go, is accusing the administration of surrendering to the virus and offering to shoulder the nation's grief in the grim months to come.

The extent to which the country's worsening trajectory has overtaken the final days of the campaign emphasizes how the election has become a personal referendum on Trump and how he mishandled the worst domestic crisis in decades.

The roots of his current difficulties were bedded down months ago.

"Trump's now back in charge. It's not the doctors," the first son-in-law and White House adviser, Kushner, said back in April in tapes of interviews with Bob Woodward, obtained by CNN.

To win next Tuesday, the President will have to convince sufficient Americans to build an Electoral College majority that his populist anti-Washington message, cultural themes, hardline "law and order" rhetoric and claimed expertise in rebuilding the ravaged economy are more important than his botched choices on a pandemic that is getting worse every day. 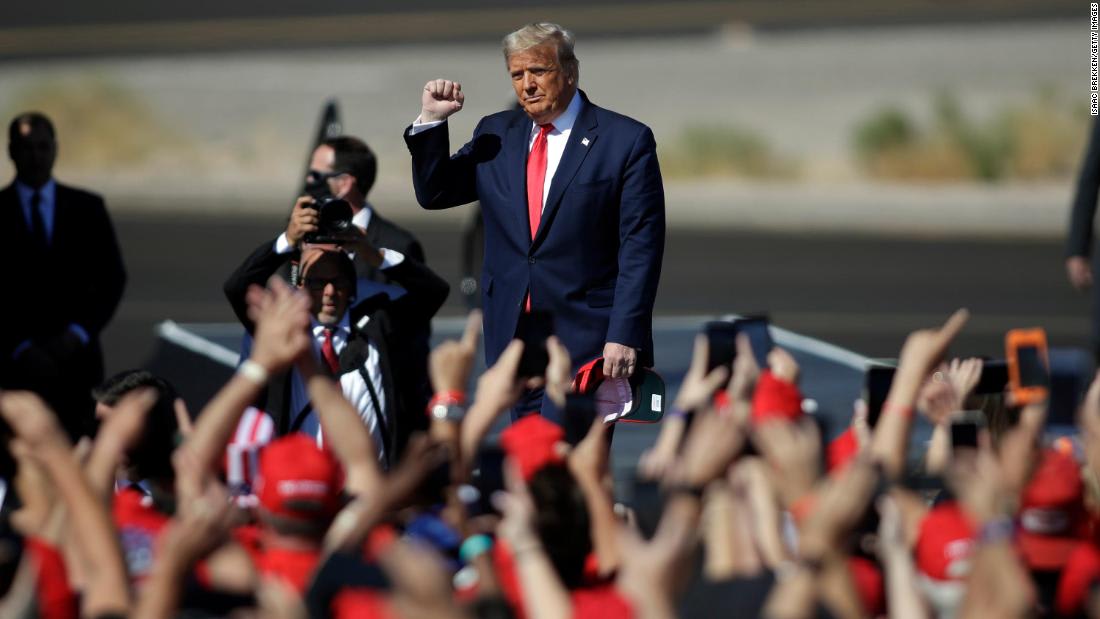 Analysis: Trump bet against science, and voters are casting judgment

The US is adding an average of more than 74,000 new Covid-19 cases to the national total every day -- a record high in a pandemic that experts say is likely to worsen.

The seven-day average is part of a fall surge that has brought the national case count to more than 8.8 million, according to data from Johns Hopkins University. Four of the five highest number of cases in a single day were recorded in the past seven days, with the top two reported on Friday and Saturday. And 41 states are reporting at least 10% more cases compared to the week before.

When it comes to the climbing metric, the US is "not in a good place," director of the National Institute of Allergy and Infectious Diseases Dr. Anthony Fauci said during a virtual Q&A on Wednesday. Health experts have pushed measures against the virus to bring the baseline of infections down before colder months drove them back up. But rising records of cases and hospitalizations are making up "a bad recipe for a tough time ahead," Fauci said.

Indiana and Wisconsin reported their peak levels of coronavirus hospitalizations. And Kansas saw the most ICU hospitalizations of the virus in one day, the same day the state surpassed 1,000 deaths since the pandemic began.

The Czech Republic now has the highest rate of new coronavirus infections and deaths per capita in the European Union, according to the European Centre for Disease Prevention and Control (ECDC).

On Wednesday, which was a public holiday in the Czech Republic, the Ministry of Health recorded 12,977 new coronavirus cases. That's down from Tuesday's record high of 15,663 new cases.

As of Wednesday, there were 174,965 active infections in the Czech Republic, including 6,624 patients in hospital. The total death toll stands at 2,675, according to the Ministry of Health.

New health minister: Czech President Milos Zeman will appoint Jan Blatný, the deputy director of the Faculty Hospital in the southeastern city of Brno, as the new Minister of Health on Thursday, according to the President's spokesman. Blatný will be the country's third health minister in the past six weeks. Earlier this year, Blatný tweeted that Covid-19 is just a "worse flu."

Taiwan on Thursday marked 200 straight days without recording any locally transmitted Covid-19 infections, according to the Taiwanese Centers for Disease Control (CDC).

The island, which last saw a new local case on April 12, has recorded 554 total coronavirus infections -- just 55 of them locally transmitted, according to the CDC.

In a news conference on Wednesday, Taiwan's Central Epidemic Command Center (CECC) asked the public to continue to adhere to virus prevention measures, such as washing hands, wearing masks, and observing social distancing.

"If you have suspected symptoms, please be sure to contact the health bureau or each county's care center, and follow the instructions for medical treatment; do not take public transportation," an official with the center said in the news conference.

Success story: Taiwan, a self-governing island of more than 23 million people, is a world leader in its handling of the coronavirus. The government sprang into action after word of the virus' emergence in the Chinese city of Wuhan began to spread on social media last December.

As much of the world waited for more information, Taiwan activated its CECC, which coordinates different ministries in an emergency, and the military was brought in to boost the production of face masks and other personal protective equipment.

Immunity to Covid-19 infection lingers for at least five months, researchers reported -- and probably longer than that.

While the report may seem confusing and contradictory to a similar report out of Britain this week, it really isn't. People's bodies produce an army of immune compounds in response to an infection and some are overwhelming at first, dying off quickly, while others build more slowly.

The new report out Wednesday shows 90% of people who recover from Covid-19 infections keep a stable antibody response.

"While some reports have come out saying antibodies to this virus go away quickly, we have found just the opposite -- that more than 90% of people who were mildly or moderately ill produce an antibody response strong enough to neutralize the virus, and the response is maintained for many months," Florian Krammer, a professor of vaccinology at the Icahn School of Medicine at Mount Sinai, who led the study team, said in a statement.
"This is essential for effective vaccine development." 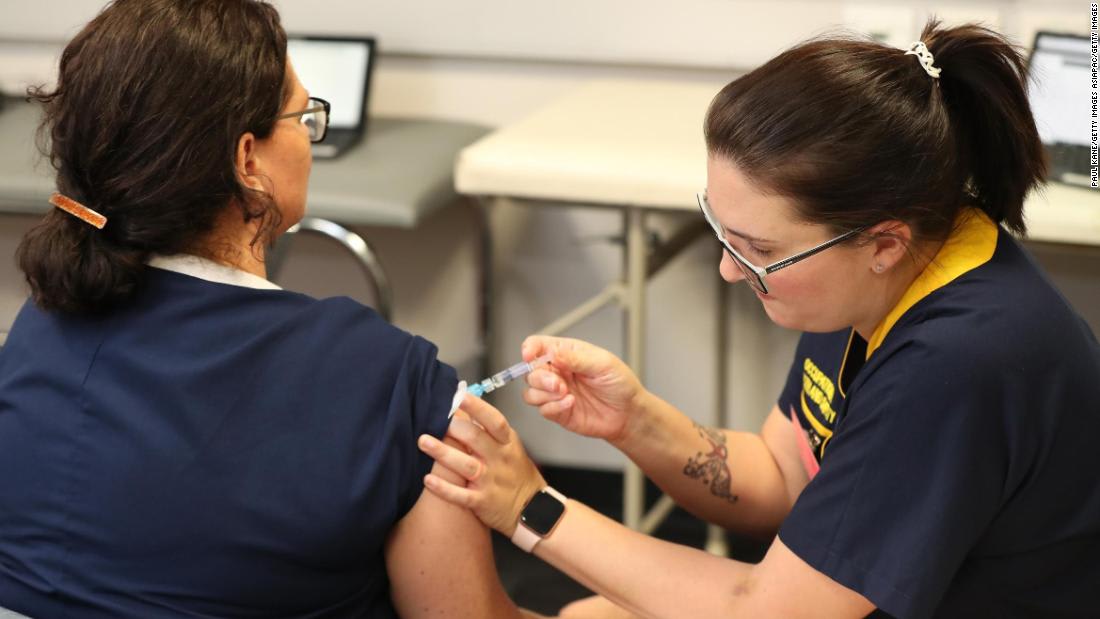 The coronavirus pandemic has left governments in disarray and made planning even weeks ahead difficult. In Beijing this week, however, China's leaders met to set specific policy for much of the coming decade.

In a series of closed-door meetings in the capital, top Chinese Communist Party officials hashed out the country's next five-year plan -- and even drew up a "vision" for 2035, a long-term proposal for the year which President Xi Jinping has set as a deadline for China to "basically achieve socialist modernization."

Whatever is agreed at the plenum, by a tiny cohort of leaders, will shape policy for the entire country of 1.3 billion people, implemented at all levels by Communist Party bureaucrats, state-controlled enterprises, and the all-powerful security state.

While full details of the fresh five-year plan may not be unveiled until China's rubber-stamp parliament meets next year, key goals that have been previewed in state media include a pivot away from GDP growth at all costs, cutting carbon emissions and achieving self-sufficiency in technology and science, amid increasing pressure from the United States on that front.

This kind of long-term planning is in contrast to the often flip-flopping nature of democracies, where promises and plans set in place by one government are vulnerable to being undone by the next -- a point often highlighted in Chinese state media to defend the legitimacy of Beijing's authoritarian system.

Few American presidents have put this into starker relief than Donald Trump, who upon taking office scrapped a major trade deal, withdrew the US from the Paris climate accord, and set about dismantling the Iran nuclear agreement, essentially reversing all the long-term policy established by the Obama administration. 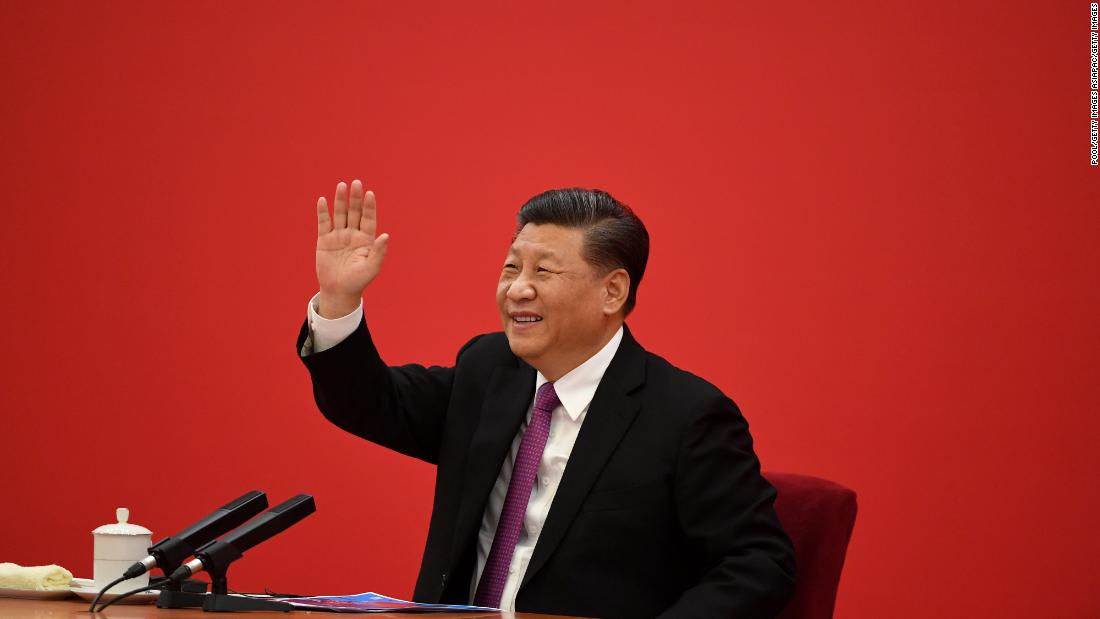 Analysis: As most countries struggle to plan weeks ahead, China just set its agenda for the next 15 years

Two sisters are being held on attempted first-degree murder charges in Illinois for allegedly stabbing a store security guard after being told they needed to wear a mask and use hand sanitizer.

The sisters entered a retail store and got into a verbal altercation with the victim, a 32-year-old man who was working as a security guard, Chicago Police said.

The Cook County State's Attorney's Office said the man had told the sisters they had to wear a mask and use hand sanitizer.

Their argument became physical when Jessica Hill, 21, pulled out a knife and stabbed him in his back, neck, and arms 27 times, according to the criminal complaint.

Her sister, 18-year-old Jayla Hill, held the victim down by his hair while the attack occurred, according to the complaint.

Police said the victim is in stable condition. 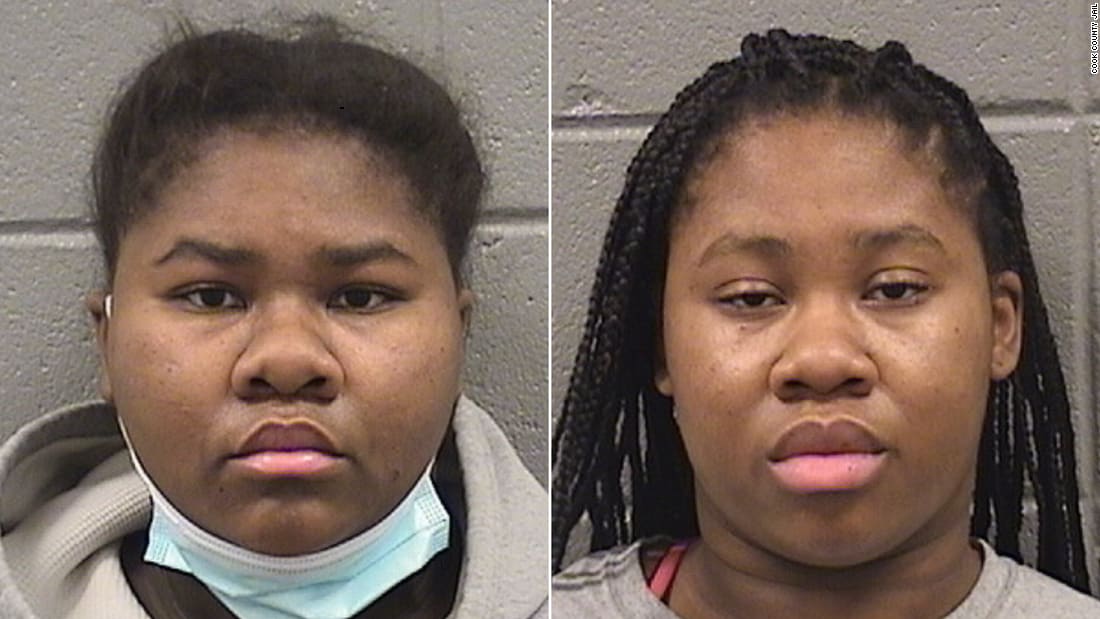 Germany reported 16,774 new coronavirus infections for the past 24 hours, the highest since the pandemic began, according to the country’s disease control agency, the Robert Koch Institute (RKI).

This is the second consecutive day the number of new infections have reached a new high in Germany. Yesterday, 14,964 cases were reported.

Germany's total caseload now stands at 481,013. The country's coronavirus death toll also rose by 89 on Wednesday to reach 10,272, according to the RKI.

Stricter lockdown: On Wednesday night, the German government decided to implement wide-ranging lockdown measures in an attempt to slow the spread of the virus.

Starting from Monday, bars, restaurants and cafes will be shut except for takeout services. Theaters and concert halls will stop operating, as will amateur and recreational sports facilities.

“We have to act and we have to act now”, German Chancellor Angela Merkel said as she announced the new measures.