The UK is to test all residents and workers in Liverpool for Covid-19.

Everyone in the city, in England's north west, will be tested from Friday -- regardless of whether they have symptoms -- the UK government said Tuesday.

"Dependent on their success in Liverpool, we will aim to distribute millions of these new rapid tests between now and Christmas and empower local communities to use them to drive down transmission in their areas," UK Prime Minister Boris Johnson said.

Liverpool mayor Joe Anderson said the mass testing effort would "help to quickly identify people who have the virus and reduce transmission substantially."

Liverpool has some of the highest infection rates in Britain. Weekly cases currently stand at 410.4 per 100,000, as of October 25, according to government data.

The region was the first to be placed in the "very high" tier of the country's Covid-19 alert system.

Missed targets, technical glitches and unreported cases have plagued the British government's attempts to build a functional Test and Trace system. The mass testing scheme is the first of its kind in the country.

Minsters previously encouraged only those with symptoms to come forward for a test, so as not to overwhelm the system.

England looks set to enter a new national lockdown on Thursday, as cases across the country surge.

As Americans head to the voting booths Tuesday, the devastating Covid-19 pandemic looms large. It is surging across the US yet again, setting grim records and forecast to take tens of thousands more lives across the country in the coming months.

Experts have warned this bout of the virus will be the worst one yet -- and alarming trends are already pointing in that direction.

In just one month, the country's seven-day case average jumped by more than 97%. Last week, the US reported 99,321 new cases -- the highest single day number of infections recorded for any country. And at least 31 states set daily infection records last month.

Hospitalizations are also surging, with the number of patients nationwide rising by more than 10,000 in just two weeks, according to data from the COVID Tracking Project. Hospitals in some parts of the country have hit their "breaking point."

Hospital officials in El Paso, Texas, are preparing to open the city's civic center as an overflow medical facility and add a fourth mobile morgue.

And when hospitalizations climb, deaths are likely to follow, doctors have warned.

More than 231,500 people have died in the US and researchers from the University of Washington's Institute for Health Metrics and Evaluation project that a total of about 399,163 American lives could be lost by February 1, 2021.

The numbers will likely get worse before they get better and officials worry the upcoming holidays -- and the gatherings that will come with them -- will further fuel an already rampant spread into the winter months.

But it doesn't have to be this way. Public health measures touted by experts for months -- including face masks, social distancing and regular hand washing -- can help hold the virus down. 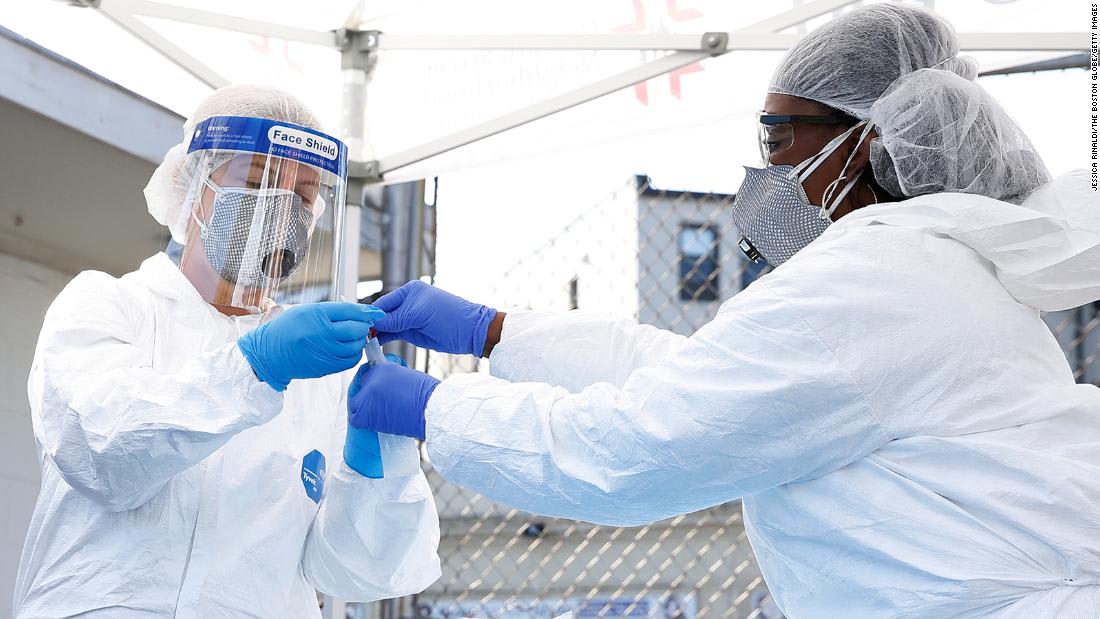 Police in the Australian state of Victoria arrested 404 people who participated in a protest against lockdowns in Melbourne on Tuesday -- more than a week after the state began lifting stringent anti-epidemic measures that had been in place for months.

Protesters occupied the state capital's central business district and called the virus, which has killed 907 Australians and more than 1.2 million people worldwide, a hoax.

In footage tweeted by CNN affiliate 9 News Melbourne, some shouted: "Shame on you, fake news!" at journalists and called for state Premier Daniel Andrews to step down.

The video also showed police deploying what appeared to be pepper spray at the crowd.

"Victoria Police was disappointed to arrest a large number protestors who again showed disregard for the safety of the broader community and the directions of the Chief Health Officer," police said in a statement.

Melbourne was the epicenter of Australia's coronavirus epidemic this summer, with Andrews declaring a "state of disaster" at one stage to stem an outbreak that saw as many as 725 people in Victoria test positive for the virus in a single day.

As cases began skyrocketing, Andrews enacted the type of strict anti-epidemic measures that critics worry could damage the economy and trample on civil liberties.

But from a public health standpoint, Andrews' decision appeared to have worked. While cases in Europe and the United States are surging, on Sunday Australia didn't register a single new Covid-19 infection for the first time since June.

Tuesday saw Victoria report no new cases for the fourth day in a row.

A new normal: Andrews' government began relaxing anti-epidemic measures last week. Melbourne residents can now leave their homes, and most businesses in the state can reopen.

Some restrictions remain in place, however, including a 25-kilometer (15-mile) limit on travel and an internal border between Victoria and metropolitan Melbourne. Public gatherings are limited to 10 people.

A church in Northern California has been ordered by a court to stop holding large indoor gatherings in violation of public health orders created to stop the spread of Covid-19.

The Santa Clara County Superior Court issued a temporary restraining order Monday prohibiting the Calvary Chapel in San Jose from holding large indoor gatherings after the church was repeatedly cited by county officials for violating Covid-19 restrictions and accruing more than $350,000 in fines.

Calvary Chapel hosted indoor gatherings with as many as 600 people, posing the threat of a superspreader event, the court said.

Despite repeated warnings and fines, Calvary Chapel has been holding in-person services since May without the use of masks or social distancing, county officials said.

Under the county health orders, indoor gatherings are limited to 100 people and masks and social distancing must be followed.

California has the second highest number of confirmed Covid-19 cases out of any state in the country, with more than 940,000 cases confirmed as of Monday night, according to Johns Hopkins University Covid-19 data. In Santa Clara County, where San Jose is located, JHU data shows 25,277 confirmed cases. 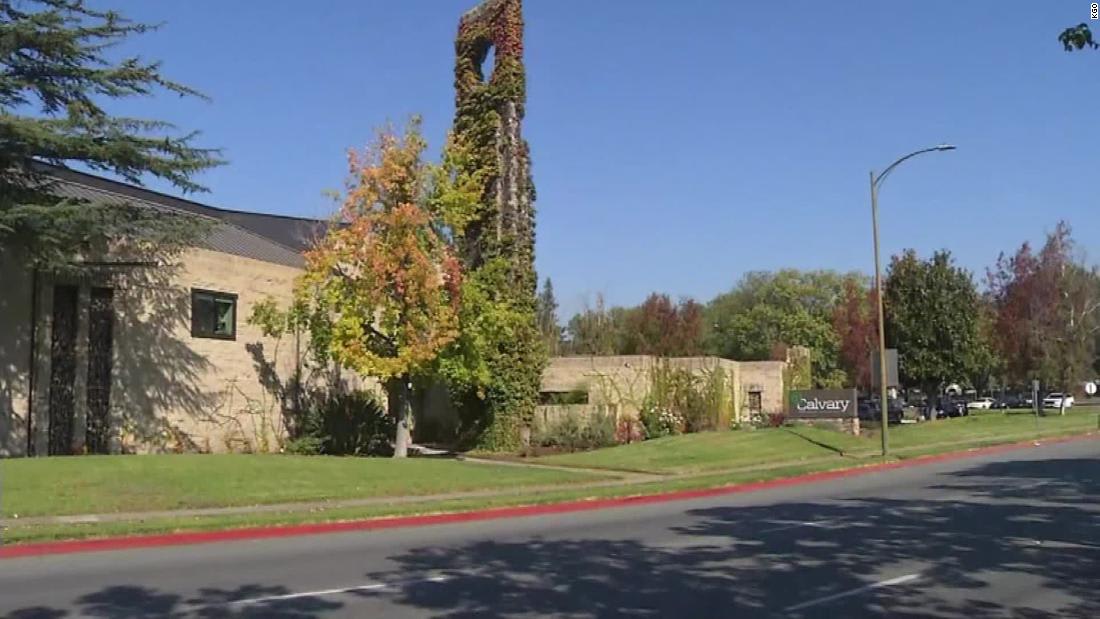 Nearly 400,000 people in New Delhi have been diagnosed with the virus. Some 356,459 have recovered, while 6,604 have died, according to government figures.

Authorities have been concerned that New Delhi's healthcare infrastructure might be overwhelmed if seasonal pollution in the autumn and winter exacerbates the effects of the pandemic.

The situation is already dire. More than 40% of hospital beds in the city are occupied and nearly 70% of ventilators are in use.

A decline nationwide: Cases across India appear to be on the decline. Authorities reported another 38,310 infections Tuesday -- about half the number of daily new cases that were being reported in September.

India has reported more than 8.2 million cases of Covid-19 since the pandemic began. At least 123,000 people have died, according to the country's Health Ministry.

Pregnant women infected with the coronavirus are more likely to become severely ill and die from Covid-19, and they're at increased risk for premature delivery, according to a pair of reports released Monday by the US Centers for Disease Control and Prevention.

Although the overall risk of severe illness or death remains low, CDC researchers found that pregnant women with coronavirus are more likely to need intensive care, ventilation and heart and lung support than non-pregnant women with the virus.

A separate report found that the rate of preterm birth, when a baby is born before 37 weeks of pregnancy, is 12.9% among women with coronavirus, compared to 10.2% among the general population.

The new research adds to a growing body of evidence that pregnant women are at increased risk when it comes to coronavirus, said Dr. Denise Jamieson, chair of the gynecology and obstetrics department at Emory University School of Medicine. 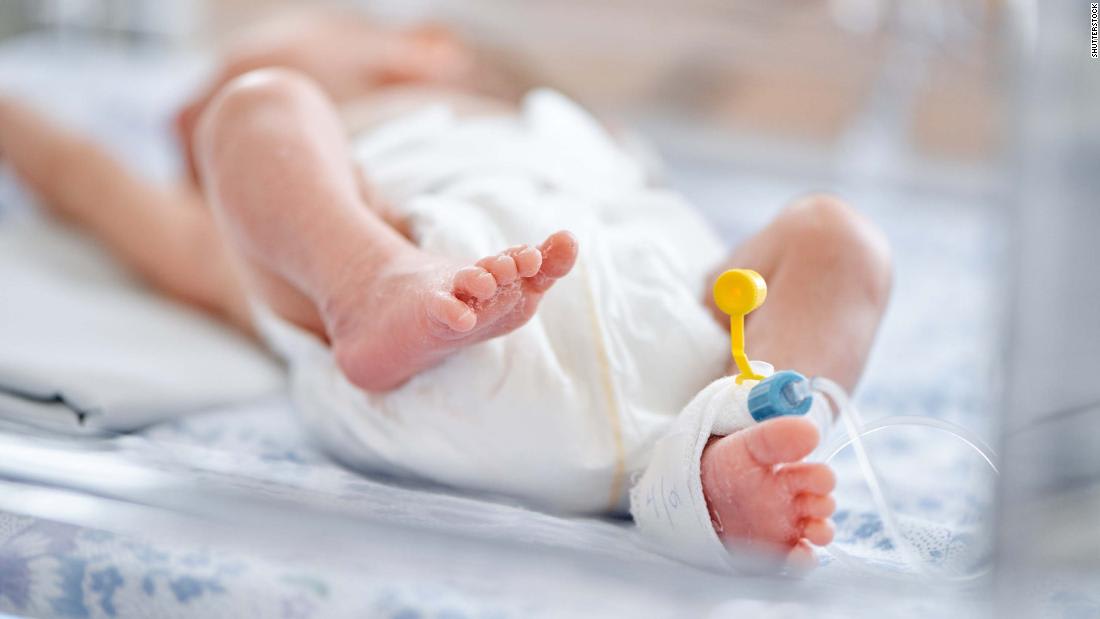 United States President Donald Trump suggested to a Florida crowd Monday night he may fire Dr. Anthony Fauci after the election, escalating his feud with the nation's leading expert on infectious diseases and providing a window into a potential post-November 3 administration purge.

Speaking after midnight following a full day of campaigning, the President was complaining about news media coverage of Covid-19 when the crowd broke out into a "Fire Fauci" chant.

"Don't tell anybody, but let me wait until a little bit after the election," Trump said to cheers. "I appreciate the advice."

Later, Trump claimed Fauci is "a nice guy but he's been wrong a lot." Trump has previously claimed Fauci opposed mask wearing earlier in the pandemic, though at the time the administration was concerned about supply levels of medical grade equipment.

Trump's handling of the coronavirus outbreak remains the backdrop of this year's election. At another point on Sunday, Trump lambasted his rival Joe Biden by claiming he wanted to "follow science." 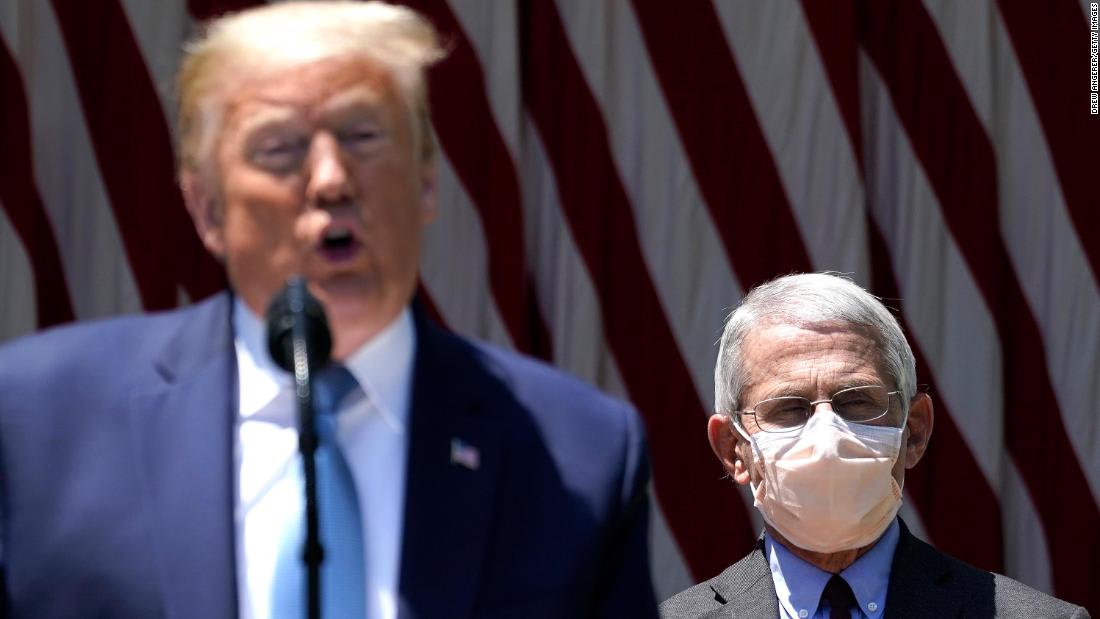 Monday's cases bring the total number of Covid-19 cases in Japan to 102,993. As of Monday, 93,383 of those people have recovered, but 163 coronavirus patients remain in a serious condition, the health ministry said.

The ministry's data shows the number of daily infections in Japan has been hovering below a thousand per day since around August 21, when it reported 1,036 cases.

Japan's nationwide total includes 87 new Covid-19 cases detected in the capital Tokyo Monday, raising the city's total to 31,293. This is the first time the capital recorded fewer than 100 daily cases since October 19.