The United States reported 121,888 new Covid-19 cases for Thursday, an all-time high in national daily infections since the pandemic began, according to Johns Hopkins University (JHU).

Germany recorded 21,506 new Covid-19 cases for Thursday, the highest single-day rise since the pandemic began, according to the country’s center for disease prevention, Robert-Koch-Institute (RKI).

Thursday's caseload was an increase by more than 1,600 from the previous day, the RKI’s data shows.

South Korea is introducing a QR code tracking system on Saturday for venues considered high risk for Covid-19 transmissions, according to the country’s department of health.

South Korean health official Son Young-rae said in a briefing on Friday that it will be mandatory for venues such as bars, clubs, large restaurants and cafes to implement the QR code system to facilitate contact tracing.

The announcement comes as South Korea reported 145 new cases from Thursday. Among them, 117 were locally transmitted and 28 were imported, according to the Korea Disease Control Prevention Agency (KDCA).

This is the third consecutive day that South Korea has reported over a hundred daily infections. Thursday’s number is the highest daily total since October 23, when the country recorded 155 new daily cases, according to a CNN calculation of KDCA data.

The Australian state of Victoria reported its seventh consecutive day of zero new Covid-19 cases and deaths, according to its health ministry.

The state has only recorded six new cases since its capital city of Melbourne emerged from a 112-day lockdown on October 26.

Melbourne had previously been the epicenter of a severe second wave, with close to 20,000 cases detected between June and September.

There are currently 15 active cases in Victoria, including 2 in hospital, according to its health ministry.

The US state of New Mexico reported 23 Covid-19 fatalities on Thursday, the largest single-day increase in death toll since the pandemic began, Governor Michelle Lujan Grisham (D) wrote on her Facebook page.

During a news conference, Lujan Grisham said the state reported 862 new cases Thursday. There are 400 people currently hospitalized with the virus and 59 of them are on ventilators, Lujan said.

The governor said hospitalizations increased 95% from two weeks ago, with a 260% increase in the last month. General hospital beds are 82% occupied, while ICU beds are 75% occupied.

“We expect to run out of general hospital beds... in a matter of days,” said state Health and Human Services Secretary Dr. David Scrase.

According to the data, the state is "not trending anywhere in the right direction," Lujan Grisham added, calling on New Mexicans to follow public health guidance to help slow the spread of the virus.

"If we don't do them, more drastic decision making will occur, and we will have a horrible November and a dramatically bad December and no one in this state deserves that. We have the power to reverse course, and I believe that we can still do that."

New Mexico has reported 51,110 coronavirus cases and 1,082 deaths to date, according to the governor.

NOTE: The numbers below were released by the New Mexico governor’s office and may not line up exactly in real time with CNN’s database drawn from Johns Hopkins University and the Covid Tracking Project.

A Missouri election judge supervisor has died after testing positive for Covid-19 and then working at a polling site on Election Day, local health officials said Thursday.

While the cause of death has not been given, the St. Charles County Department of Public Health said in a news release, the person received a positive test result on October 30.

The person was told to quarantine for 14 days but did not follow that advice and worked at a polling site in St. Charles on Tuesday, the department said.

The news release did not say when the person died.

Contact tracing underway: Public health officials said they have contacted workers at the polling site and are working with family members to determine the person's whereabouts before the positive test result. There were nine other election workers at the polling place and they are being advised to get tested, the release says.

Because the person was a supervisor, the department said, the job duties did not involve interacting closely with the over 1,800 voters who were at the polling place Tuesday. 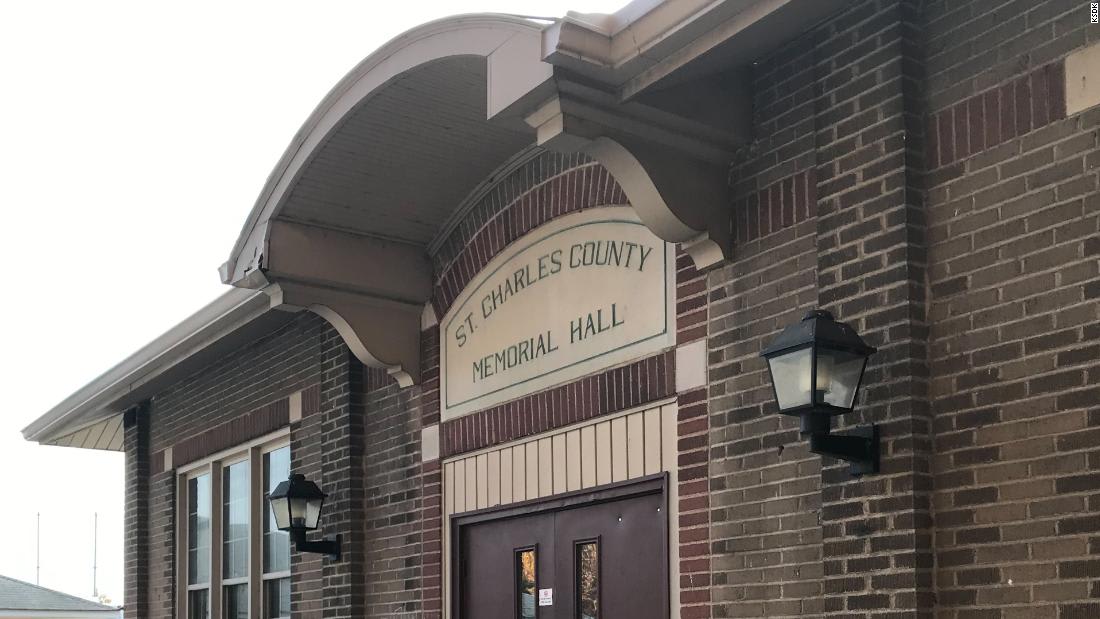 The Italian regions worst-hit by the second coronavirus wave entered a new lockdown Friday after the country tallied its highest daily number of both infections and deaths the previous day.

Italy is under a 10 p.m. to 5 a.m. nationwide curfew, with bars and restaurants closing at 6 p.m., while certain areas face harsher restrictions.

Residents in "red zone" regions -- Lombardy, Piedmont, Valle d'Aosta and Calabria -- may only leave home for necessities, health or work. Those in "orange zones" are banned from leaving their towns except for work or health reasons -- and bars and restaurants are closed except for delivery and takeout.

These figures "are not a good sign," said Gianni Rezza, director of the prevention department at the ministry. "The virus is running and we have to stop it."

Meanwhile in France: Paris also announced stricter measures as the country reported a record 58,046 new cases Thursday, according to the French health agency. The country has Europe's highest case number, at 1.6 million infections.

From Friday, food delivery, takeout and alcohol sales are banned in Paris between 10 p.m. and 6 a.m., police said.

"The second wave is already upon us, and it is brutal," French health minister Olivier Véran told a news conference Thursday. If the virus keeps spreading at this rate, he said "the second wave could be worse and longer" than the first, and could take "until mid-December" to stabilize.

Véran urged people to respect the national lockdown, or face "a high risk of saturation" of hospitals by mid-November. 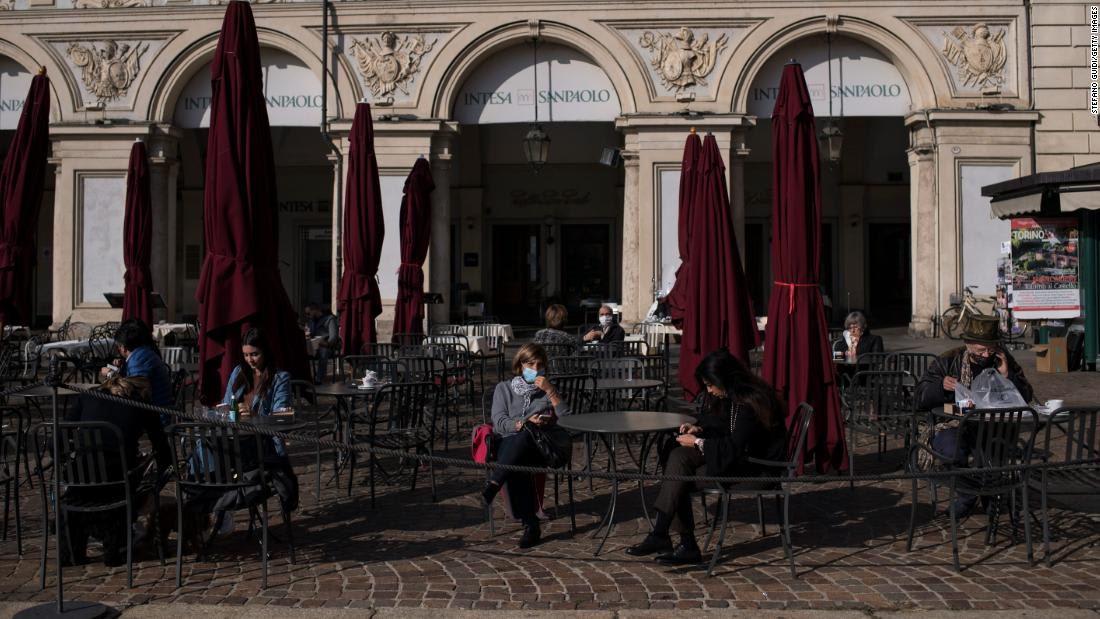 Japan has reported over a thousand Covid-19 infections in a single day for the first time since August 21, according to Japan’s Health Ministry.

The total number of the infections throughout Japan now stands at 105,494 (this figure includes 712 on the Diamond Princess cruise ship) and the death toll has now reached 1,819 (including 13 on the cruise ship).

Patients in critical condition raised to 183, this is up 18 from Wednesday.

Tokyo announced 269 news cases of virus on Thursday. The total number of infections in Tokyo has reached 31,893 and 38 patients are in serious condition as of Thursday.

"It is everywhere, we can't hide from it, we can't run from it," DeWine said in a Thursday press briefing. "We've got to face it."

DeWine said that every county in the state is seeing significant community spread.

The risk of catching this virus in every county is very real," DeWine said.

Ohio also reached record hospitalization and ICU numbers, with 2,075 Ohio residents hospitalized with the virus, 541 of those in intensive care. Additionally there were 33 additional Covid-19 deaths reported Thursday.

DeWine attributed the rise in community spread of Covid-19 in the midwestern state to social gatherings like weddings, funerals and private parties. He said in-person education did not appear to be contributing to spread, which he attributed to mandated mask use in schools.

Minnesota also reported its highest daily total with 3,956 new cases, bringing the state's overall total to 164,865. It's the third day in a row the state has reached a daily high of new cases, according to the US state's dashboard.

The Minnesota Department of Health also reported 25 new deaths, with 2,555 total deaths since the pandemic began, and 9 days in a row of over 100 hospitalizations per day. The latest charts released by the state's health department shows a steady rise of hospitalizations.

As the US continues to shatter daily case records, so do states across the nation: Colorado, Illinois, Pennsylvania, Utah and Wisconsin are among those that set new daily records for infections on Thursday.