In the first five days of November – as the United States has been focused on its presidential election – 20 states have already reported at least one record high day of new Covid-19 cases during the month, according to Johns Hopkins University.

In October, 31 states reported at least one record high day of new cases during the entire month.

Following a week marked by high case numbers, the entire country set a grim new Covid-19 record on Thursday – surpassing 120,000 infections in a single day. It was the second day in a row the US reported more than 100,000 infections.

Health experts had warned weeks ago that the nation's daily cases would reach six digits, but those alarming figures hit sooner than expected. And Covid-19's death toll could reach 266,000 by the end of November, according to an ensemble forecast published Thursday by the Centers for Disease Control and Prevention.

Irinej, 90, “was admitted to hospital for medical supervision and control,” and “is generally feeling well, asymptomatic and without fever,” the statement read.

According to CNN affiliate N1 Serbia, his body was in an open casket during the service before being interred in the crypt of the church. A large crowd gathered in front of the church, with few of the mourners and none of the priests wearing masks, according to N1.

The US economy added 638,000 jobs in October -- more than economists had expected, although it was a slowdown from the previous month.

The unemployment rate fell to 6.9%, down from 7.9% in September. It had been the highest jobless rate going into a presidential election.

Votes are still being counted and the nation is still in the dark about whom the next president will be. But whoever takes the White House has their work cut out for them -- both with the coronavirus pandemic and America's unemployment problem. The US job market needs fixing and the unemployed need more support to make ends meet.

Read more as this story is updated: 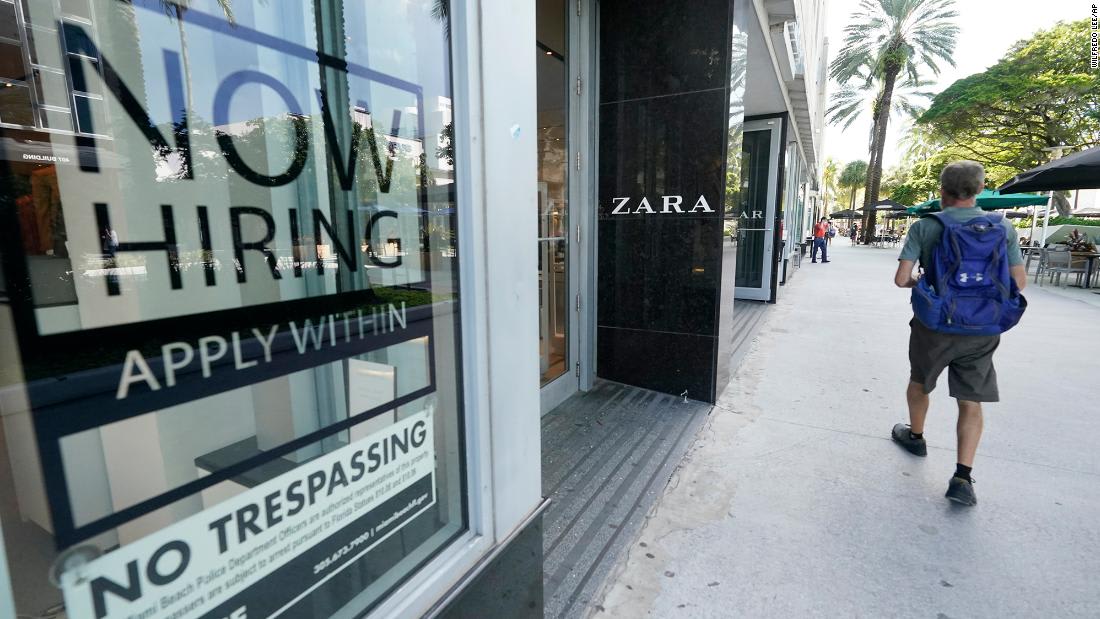 Local officials and some protesters have expressed their anger at the Italian government over restrictions that came into effect Friday in four hotspot regions – Lombardy, Piedmont, Valle d’Aosta and Calabria.

In northern Italy, a few hundred people gathered on Thursday evening in the city of Bergamo -- one of cities worst hit by the first wave of the pandemic -- to protest against the new measures ordering people to stay home except for essential necessities, health or work.

Protesters, who included business owners and professions but also members of far-right groups and the opposition League party, demonstrated at city hall then gathered outside the mayor’s residence where they “chanted slogans with flags, banners and smoke bombs,” the city’s mayor Giorgio Gori said on Facebook.

Italian Health Minister Roberto Speranza defended the government’s decision to declare the four regions as “red zones.” He also said decisions around new restrictions “cannot be the field of a political battle,” adding that “our only enemy is the virus.”

Maximum precaution is a mandatory way to stem the spread of this pandemic,” Speranza told parliament Friday, adding that regional representatives were involved in the decision to impose new lockdowns.

The leaders of the northern regions of Lombardy and Piedmont claimed the government’s decision to impose new restrictions on their areas was based on data that was out of date.

The head of the Piedmont region, Alberto Cirio, demanded “clarity from the government” for the region’s citizens and for “the many businesses that will remain closed."

Elsewhere in northern Italy, Milan mayor Beppe Sala urged residents “to stay at home as much as possible in these difficult days” following small anti-lockdown protests there.

Small protests also erupted in the southern “red zone” of Calabria, with the regional president Nino Spirli saying online that he plans to appeal the government’s decision.

“This region does not deserve an isolation which risks being fatal to it,” Spirli said.

The mayor of the Calabrian village of Carolei, Francesco Iannucci, told state broadcaster RAI that he would not enforce the new lockdown measures, simply by “not doing any control” in bars and restaurants.

On Thursday, Italy hit new records for the number of new Covid-19 infections and deaths in a single day, according to data from the country’s Health Ministry.

Malaysia reported 1,755 new coronavirus cases Friday -- its highest daily increase since the outbreak again, according to its health ministry.

Three of the new cases reported Friday were imported; the other 1,752 cases were locally transmitted, the ministry added.

The US reported more than 121,000 infections Thursday, beating a daily case record it set just 24 hours ago.

The grim tally comes after Wednesday's record of more than 100,000 cases, which was the first time the US hit a six-figure number of infections. That means in just two days, the country reported more than 220,000 positive tests, bringing the past week's total to more than 660,000 new cases of the virus.

Rising hospitalization: As nationwide cases soar, the number of hospitalized Americans is also climbing, with now more than 53,000 patients across the US, according to the COVID Tracking Project. And doctors have warned that as those numbers move upward, a rise in deaths will follow.

In the Midwest -- where communities have been hit particularly hard and outbreaks are only worsening -- hospitalizations are up "following the region's sharply accelerating case surge," the project said in a Thursday blog post.

"Reported deaths from the Midwest are rising as well, several weeks into that region's case surge," the project said. 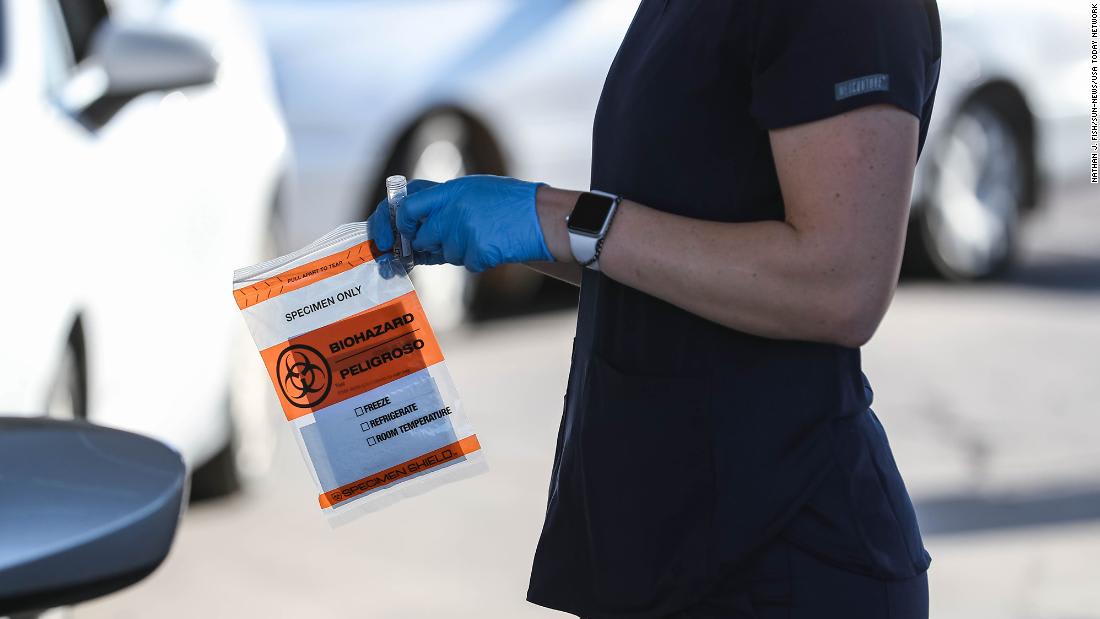 South Australia is working to implement an app for people under quarantine at home that would use facial recognition and geo-tracking.

"The app would activate facial recognition check-in requirements at random intervals during the quarantine period and would use geo-tracking technology to confirm that the user is at the quarantine location," a statement from South Australia's Health Department read.

The app will only be available for people eligible for home quarantine in South Australia, while international travelers will continue to quarantine in medi-hotels.

The health department said the app is still going through a procurement process, but authorities are aiming to have it in place in the coming months.

The government hopes the app will free up police resources as it lessens the need for home checks by officers.

"Where necessary, SA Health would liaise with SAPOL in regard to any breaches if detected by the app and as part of our nation-leading quarantine program random police checks would still be conducted," the health department said.

“The new app could add another layer of protection to the Marshall Liberal Government’s already strong plan to protect South Australians from COVID-19,” Minister for Health and Wellbeing Stephen Wade said.

Germany’s Health Minister warned that “even the best health care system” cannot, in the long run, cope with an unrelenting rise of coronavirus cases as pressure mounts on intensive care units in German hospitals.

The number of people requiring intensive care due to Covid has doubled in the last 10 days,'' said Health Minister Jens Spahn on Friday. “As of today, the health care system can still handle this, but not when we see a doubling number every 10 days. Even the best health care system cannot do this in the long run.''

Germany remains in a “decisive phase” of the pandemic, the health minister added, after the country set a new daily record of more than 20,000 coronavirus infections on Friday.

“The growth rate is decreasing, but nevertheless we still see a growth,'' Spahn said. "Once the intensive care units are full of Covid patients and if they get overcrowded -- then it is too late.”

On Friday. Germany reported 21,506 new coronavirus infections within 24 hours -- the highest daily case number since the outbreak of the pandemic. The country also registered 166 new virus-related deaths, bringing the total death toll to 11,096, according to the country’s center for disease prevention, Robert-Koch-Institute.

The ministry announced on Friday that in-person classes would be suspended in the affected schools.

Ten students and a faculty member had tested positive on Thursday from schools in Seoul, Gyeonggi, and South Chungcheong Province, spurring the decision to close schools.

The country has recorded a total number of 27,195 confirmed cases and 476 deaths since the pandemic began, according to KDCA.