Minnesota Governor Tim Walz announced "a pretty massive expansion of testing" in his state on Monday, and a new public-private partnership that will make results available in 24 to 48 hours.

Walz said the Minneapolis Convention Center was open for testing, and that the state was partnering with the National Guard to open 11 additional sites in the next seven days. It is also opening a site at Minneapolis-St. Paul Airport.

The governor said his state has "reached a very dangerous phase in the pandemic" and said his focus on testing is based on "proven infectious disease control by testing, isolation, contact tracing, containment."

During the morning news conference, Minnesota Department of Health Commissioner Jan Malcolm displayed the saliva test kit that will be used at the newly-opened testing sites and called it "easy, quick, pain-free."

Malcolm said the state was partnering with private healthcare company Vault Health, which is opening a test processing site in Minnesota "to speed up the process."

Walz highlighted the records on infection rates, hospitalization and deaths set in the state last week and called the deaths "avoidable."

Unfortunately, this virus is using that as the transmission method and where you are gathering, it is going," Walz said.

Walz said 23 counties in the state are part of a pilot program for in-home saliva testing.

Carson attended the election night party where White House chief of staff Mark Meadows and nearly every other attendee was not wearing a mask. Meadows and four others in President Donald Trump's orbit subsequently tested positive for the virus last week.

Carson was also spotted maskless at a Trump campaign rally in Waterford Township, Michigan on October 30. 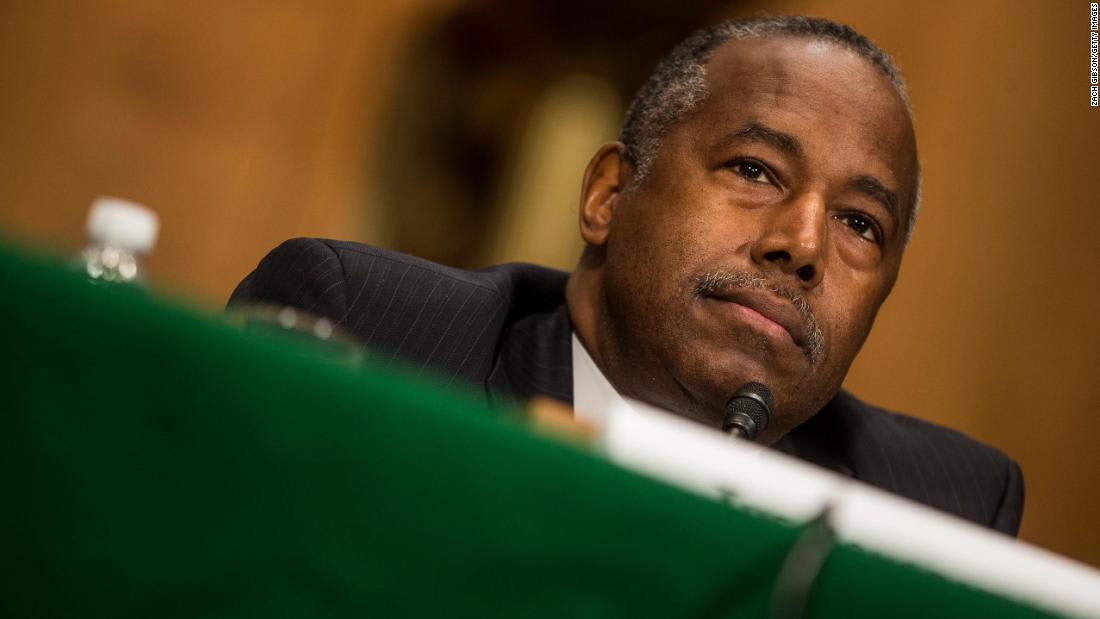 Iraq’s Ministry of Health reported 3,184 new confirmed cases of coronavirus on Monday, taking the total number of cases in the country to more than 500,000 -- a total of 501,733 have been recorded.

Iran remains the worst-hit country in the Middle East, with 692,949 cases. It broke its daily record for infections again on Monday, with 10,463 new cases, according to the spokesperson for the Iranian health ministry.

The country recorded 458 deaths on Monday, bringing its death toll to 38,749, according to governmental statistics. On Sunday 459 deaths were recorded -- the highest number of deaths in the country since the outbreak began in February.

On October 12, the Iranian Supreme Leader Imam Ali Khamenei said that the country was going through its third wave of the pandemic.

The US Food and Drug Administration (FDA) on Monday published guidance for drugmakers on how to increase the enrolment of under-represented groups in their clinical trials.

"One important step that researchers and medical product sponsors can take to confront health care disparities is to make sure that clinical trials for medical products are more inclusive of multiple populations," FDA commissioner Dr. Stephen Hahn said in a written statement on Monday.

He said the guidance offered recommendations on how product sponsors can improve the diversity of trials by accounting for factors that could limit participation.

For example, logistical issues such as requiring frequent visits to specific sites "may place an added burden on participants," Hahn said in the statement.

The guidance also provides recommendations on:

The guidance comes as trials for potential Covid-19 vaccines and therapeutics continue across the United States, as well as globally.

In September, a group funded by the National Institutes of Health released a series of television ads asking Black and Latino volunteers to become study participants in clinical trials for coronavirus vaccines.

Tens of millions of US adults at increased risk for severe disease from Covid-19 were essential workers who couldn't work from home, or lived with someone in that position, according to a research letter published Monday in JAMA Internal Medicine.

Between 56.7 and 74.3 million increased-risk US adults lived with or were themselves essential workers who could not work from home, researchers from the Center for Financing, Access and Cost Trends at the Agency for Healthcare Research and Quality in Rockville, Maryland, said in the letter.

They used the 2014 to 2017 Medical Expenditure Panel Survey, federal guidance and US Centers for Disease Control and Prevention guidelines to come up with the figure.

"Policy makers seeking to make efficient and equitable decisions about reopening the economy and about vaccine distribution should consider the health risks not only of workers, but also of those with whom they live," the authors suggested.

The research has some limitations, including that pre-pandemic data does not reflect current employment levels, local infection rates or changes in people's ability to work from home. Risk factors were self-reported by MEPS participants, meaning that there was likely an underestimate of risk.

Hydroxychloroquine does not work on patients hospitalized with Covid-19, according to research published Monday in the Journal of the American Medical Association (JAMA). It’s the latest of several studies to find the antimalarial does not work against the coronavirus.

"These findings do not support the use of hydroxychloroquine for treatment of Covid-19 among hospitalized adults,” wrote Dr. Wesley Self, of the Vanderbilt University Medical Center Department of Emergency Medicine, and colleagues.

The randomized trial involved 479 Covid-19 patients at 34 US hospitals with respiratory illness. Some received hydroxychloroquine and some received a placebo.

The trial had several limitations, including that it only included hospitalized adults and only one dosage level of hydroxychloroquine. It did not consider whether patients used other therapies, such as azithromycin, zinc or remdesivir.

In a corresponding JAMA editorial, Dr. Michael Saag, a researcher with the Department of Medicine at the University of Alabama at Birmingham, noted President Donald Trump’s early support of hydroxychloroquine as a Covid-19 treatment, and wrote that politicization was an important factor in promoting use of the drug.

"The clear, unambiguous, and compelling lesson from the hydroxychloroquine story for the medical community and the public is that science and politics do not mix," Saag wrote. "The number of articles in the peer-reviewed literature over the last several months that have consistently and convincingly demonstrated the lack of efficacy of a highly hyped 'cure' for COVID-19 represent the consequence of the irresponsible infusion of politics into the world of scientific evidence and discourse."

The US Food and Drug Administration granted an emergency use authorization for hydroxychloroquine on March 28 after a big push from Trump and his administration, but revoked it on June 15.

New York City Mayor Bill de Blasio says that if Covid-19 trends continue and the city hits a "full blown second wave," it would mean many more restrictions and "even having to shut down parts of our economy again."

He said the city was seeing a "dangerous" rise in Covid-19 positivity, adding "we have one last chance" to stop a second wave.

"God forbid this continued and we had a full-blown second wave, it means a lot more restrictions, it means unfortunately it could mean even having to shut down parts of our economy again which would be horrible for this city, horrible for the livelihoods of people," he added.

When asked about specifics on potential restrictions, he said he could not lay out a timeline and that it would depend on the actions of New Yorkers.

"It could mean having to shut down schools," he warned.

The Mayor said he would "look at" all upcoming holiday events, when asked about the annual Rockefeller Tree Lighting ceremony, and whether any alterations would need to be made.

The first priority is to avoid large indoor gatherings, he said, adding that there were not many outdoor events scheduled.

The percentage of people testing positive for Covid-19 citywide is 2.36%, which is "very worrisome," De Blasio said, adding that the seven-day rolling average of 2.21% was the "highest we've seen in a long time."

He said hospital admissions were still at a manageable level and there was not a problem in schools, but he warned earlier that the city was seeing household and community spread.

"We can fight these back," De Blasio said, but he cautioned that the numbers should "all have us alarmed and ready to act with everything we got."

The United States is edging closer to the grim milestone of 10 million coronavirus cases, with at least 9,982,054 infections reported, according to Johns Hopkins University's tally.

Stocks were already set to soar Monday after Joe Biden was elected 46th US president -- but Wall Street's enthusiasm kicked into an even higher gear after Pfizer and BioNTech announced positive clinical data for their Covid-19 vaccine.

Shares in Pfizer and BioNTech skyrocketed about 15% and 25% respectively.

And so did the stocks of other companies working on vaccines, such as Moderna and Johnson & Johnson. Meanwhile, shares of companies that make antibody and antiviral treatments (but not vaccines), including Regeneron, Eli Lilly and Gilead Sciences, were lower.

Drug stocks and biotechs weren't the only companies soaring on the hopeful vaccine news. The prospect of an effective coronavirus vaccine has people dreaming of a return to normalcy, so movie theater chain AMC, concert promoter Live Nation and various retailers also surged.

Yet there were also some notable market losers Monday: companies that have benefited from the work-from-home and stay at home trends. 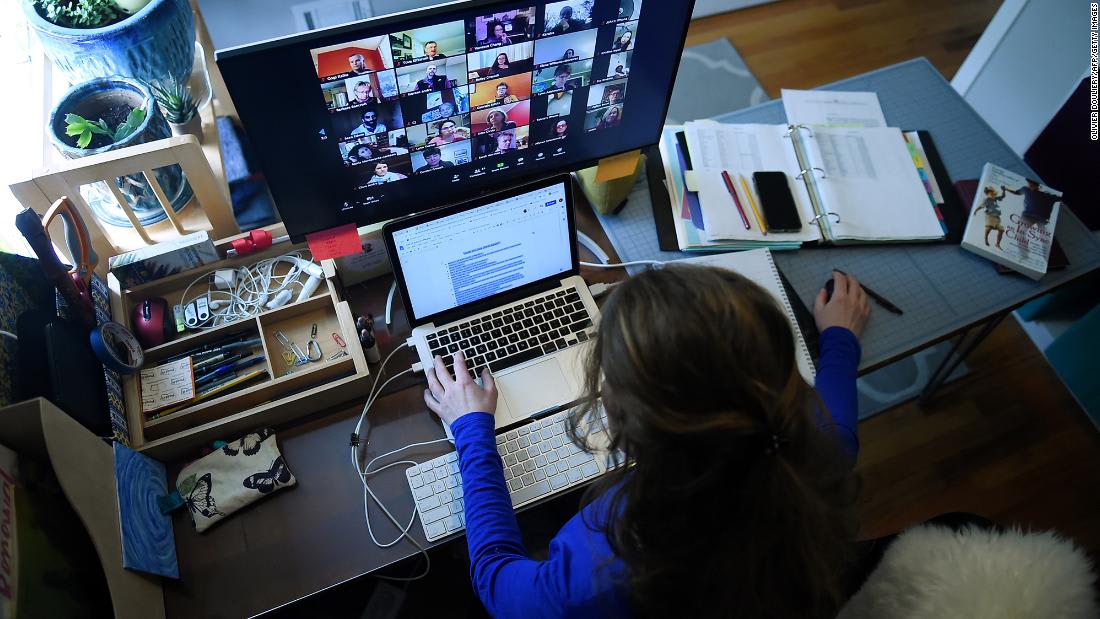 The vaccine news is great for most stocks -- unless you're Zoom