Vaccine maker Novavax said Monday it had won fast-track designation for its experimental coronavirus vaccine from the US Food and Drug Administration – something that could help speed regulatory approval or emergency use authorization.

"Novavax expects to begin its pivotal Phase 3 clinical trial in the United States and Mexico by the end of November," the company said in a statement.

That would make it the fifth coronavirus vaccine to enter late-stage clinical trials in the US. Vaccines being made by Moderna and Pfizer have also received FDA fast-track designation.

The Maryland-based company has been awarded $1.6 billion from the federal government’s Operation Warp Speed to help it run clinical trials of the vaccine.

Like several other experimental coronavirus vaccines, Novavax’s would require two doses. It hopes deliver 100 million doses by the end of this year.

Novavax's vaccine is made by growing synthetic versions of the coronavirus spike protein in armyworm moth cells. The vaccine combines these particles with the company’s adjuvant -- a plant-based compound that helps boost the immune response to the vaccine.

Coronavirus rates are rising quickly in California with cases, positivity rate, hospitalizations, and the number of people in intensive care all climbing.

Hospitalizations are up 28.6% over the past two weeks and the number of patients in ICU has increased 27.3% over the past three weeks, Governor Gavin Newsom announced Monday.

The positivity rate has gone up significantly in that time frame, from a low of 2.5% on October 19 to 3.7% today.

Newsom said the reason for the increase was obvious.

Testing for coronavirus is also climbing in California, with 194,000 tests conducted on Sunday.

"We anticipated seeing more cases with increased testing, but the positivity rate is a better indicator of what’s actually happening," Newsom said.

Newsom said he expects an announcement on Tuesday that some counties will move backwards in the state's tier system. For some areas, that could include closing some non-essential business and reinstituting stricter health orders.

Izzo said he had "some minor symptoms," but remained in good health.

"I've been extremely diligent for many months now, wearing my mask in public and around the office, while adhering to social distancing guidelines," said the National Basketball Hall of Famer.
"I've been racking my brain, trying to figure out if there was a time where I let my guard down for just an instance. And while I haven't identified any area of exposure, what I have determined is that this shows the power of the virus.
"You'd be hard pressed to find a coach who's taken more precautions than I have, following all the protocols put in place by our medical team, and yet I still contracted the virus."

Izzo said technology would allow him to stay connected with his staff and players, and he would be following advice from medical staff, and taking all the steps necessary to return as soon as possible.

He said he was "proof that no one is immune," but urged people to listen to experts and take steps to reduce their chances of contracting the virus.

The drugmaker announced Monday that its vaccine appears to be more than 90% effective, based on early data. Wen said that efficacy figure refers to the vaccine's ability to prevent any Covid-19 infection, as opposed to severe infection from the virus.

"I think what most of us care about is the endpoint of preventing severe infection – preventing somebody from getting very ill, from being hospitalized, from dying – and we just don't have those data yet," Wen told CNN’s Brianna Keilar.

Wen said she hopes Pfizer will make its data publicly available. The company is expected to do so when it applies to the US Food and Drug Administration for emergency use authorization.

"What we do know is that if you get the vaccine, it appears that you have a much lower likelihood of getting infected with Covid-19, but we don't know whether getting this vaccine prevents you from the severe illness, and we also don't know whether this vaccination will reduce the risk of your transmitting Covid-19 to others," Wen added.

Wen added that "there is a long road between actually getting the vaccine approved and getting it distributed to hundreds of millions of Americans," emphasizing the importance of basic public health measures in the meantime.

Utah Governor Gary Herbert said Monday that the state's hospitals were almost at capacity, explaining this was the reason a state of emergency and statewide mask mandate were declared yesterday.

They are really at the brink of not being able to take any more people [...] particularly in our intensive care units," Herbert said.

Utah's Covid-19 dashboard reports that 78.2% of the state’s ICU beds are currently occupied. The state hit record highs in its 7-day case average and test positivity percentage today, which reached 2,437.4 and 21.25% Monday.

He laid the blame for the surge in Covid-19 cases largely with young people and "unstructured events."

"It is coming from these casual gatherings where we get together with family and friends and, probably, our guard goes down -- we're a little more complacent," the governor said.

He said the highest infection rates were among 15- to 24-year-olds, and said he would "accelerate the testing program today" to include college students, who he said should be tested once a week.

The Governor said this was "less about government mandates and us telling you what to do -- it's more about taking personal responsibility."

"We all, as a society working together, should unite and do our part to do the right thing without having to have somebody come and say 'we'll find you if you don't do it.'"

Herbert also bemoaned the injection of politics into the pandemic response nationwide.

"I think it is, in fact, unfortunate that we've had this pandemic during a political year," he said. "The politics has gotten in the way of really doing the right thing and the right way as soon as we can and uniting the public."

The regions of Abruzzo, Umbria, Toscana, Liguria and Basilicata will join Puglia and Sicily, which were declared orange zones last Wednesday.

The restrictions mean that:

Stricter measures have also been imposed starting from Monday on the autonomous province of Bolzano -- Alto Adige in northern Italy, because of an increase in cases there.

The epidemic is worsening,” Gianni Rezza, head of the Health Ministry’s prevention department, said in a video message.

"We also notice an increase in hospitalizations and in people that required intensive care," Rezza said, adding: "this situation justified the further restrictions."

An adviser for President Donald Trump's campaign, David Bossie, has tested positive for coronavirus only days after he was tapped to oversee legal challenges contesting the outcome of the election, two sources confirmed to CNN.

Bossie did not immediately respond to a request for comment. He has been in the campaign headquarters in Virginia several times in the last week and has traveled extensively. 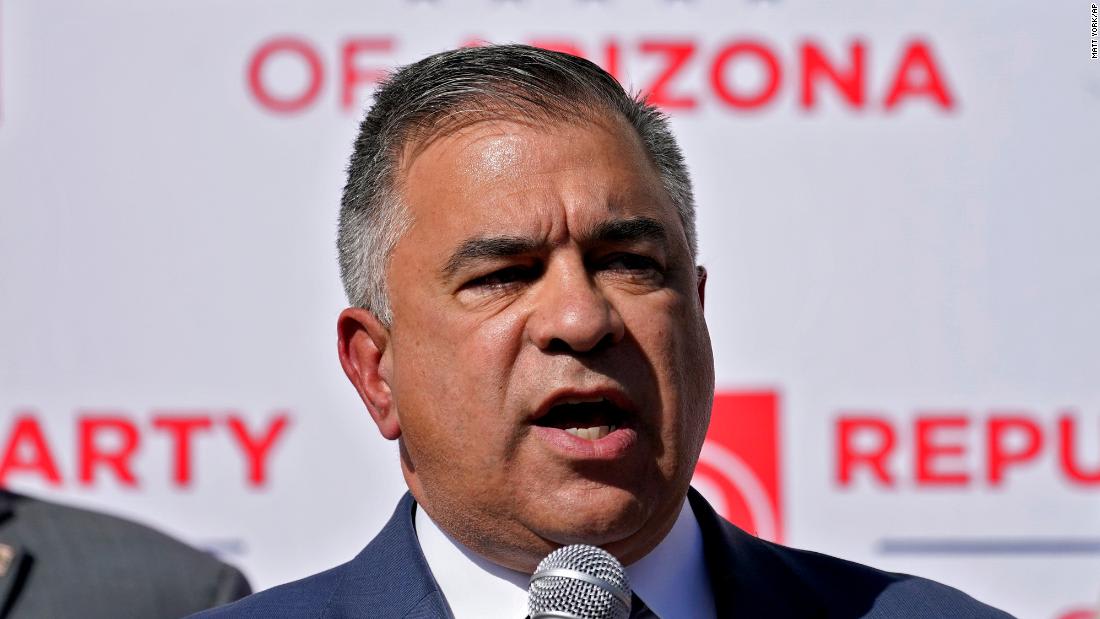 The second wave of coronavirus has yet to peak in France, the country's national health agency director Jerome Salomon said on Monday in Paris.

Salomon said the second wave was affecting all metropolitan areas, but he added that cities where a curfew and other restrictions were put in place early are now beginning to observe a slower progression of the epidemic.

On Monday, France reported 20,155 new coronavirus cases, with 551 deaths occurring in the last 24 hours in French hospitals. France has reported a total of 1,807,479 cases and 40,987 deaths since the start of the pandemic, according to Salomon and the latest data from the National Health Agency.

Salomon noted that France ranks fourth highest in the world for total cases.

The governor said 2,075 new Covid 19 cases and 11 additional deaths had been recorded on Monday; the state's positivity rate is 7.52%. Since the last news conference on Thursday, 9,524 new cases have been reported. Hospitalizations are up, but ventilator use is down overall, according to Murphy.

New rules for bars and restaurants:

All interstate games and tournaments for indoor youth sports will be prohibited starting Thursday, Murphy said.

Murphy told reporters that the state was "taking surgical steps to help mitigate the increasing spread" of Covid seen across the state.

He urged New Jersey residents to "shake off" Covid fatigue, encouraging the state to crush the curve, as it did in the spring.