President Donald Trump's refusal to coordinate with President-elect Joe Biden on the critical Covid-19 vaccine is bringing a staggering possibility into clearer view: that an outgoing US commander in chief is actively working to sabotage his successor.

Trump's denial of his election defeat, his lies about nonexistent mass coordinated voter fraud and his strangling of the rituals of transferring power between administrations are not just democracy-damaging aberrations.

Given the current national emergency, they threaten to cause practical fallout that could damage Biden's incoming White House not just in a political sense. There are increasing concerns that Trump's obstruction will slow and complicate the delivery of the vaccine that brings the tantalizing prospect of a return to normal life amid stunning news from trials showing doses are effective in stopping more than 90% of coronavirus infections.

The distribution operation will be a massively complex and historic public vaccination effort targeting hundreds of millions of Americans -- many millions of whom have resisted following basic safety protocols like wearing masks because Trump has encouraged them not to. The inoculation campaign will require a high level of public trust and will involve sharp ethical debates among officials about who should get the vaccine first. The entire program could be damaged if it is politicized. But unless something changes, the Biden team may face the task of tackling those issues afresh, in a frantic catch-up operation. 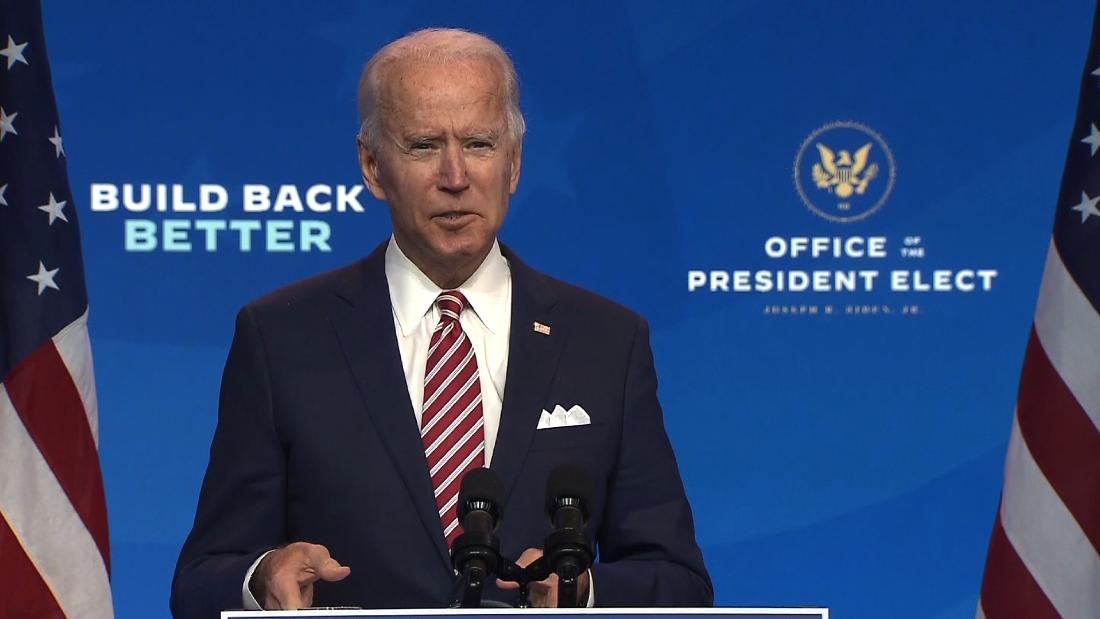 The World Health Organization's chief scientist said Monday that she was encouraged by early results suggesting Moderna's vaccine was nearly 95% effective, but that questions remain.

Of course, we need to wait and see what the final efficacy and the safety profile of this vaccine will be when the whole data is analyzed after they reach their primary endpoint," Dr. Soumya Swaminathan said.

Moderna is the second vaccine in the US to have a stunningly high success rate. BioNTech and Pfizer announced last week that their jointly developed vaccine was more than 90% effective.

One of the major differences between the two vaccines is the temperature at which they must be stored, which will have a big impact on their distribution. Pfizer's vaccine has to be kept at minus 75 degrees Celsius — or about minus 103 degrees Fahrenheit. Moderna's vaccine can be kept at minus 20 degrees Celsius, which is about minus 4 degrees Fahrenheit.

The coronavirus situation in Germany remains "serious, even very serious," Chancellor Angela Merkel said Tuesday, adding that restricting contact between people was one of the toughest decisions she has had to make in office.

Speaking at an economic forum hosted by the German daily newspaper Sueddeutsche Zeitung, Merkel warned that 2021 was going to be "demanding."

The way out of the crisis is arduous, and it is up to us all (to make it happen)," Merkel said, adding that Germany would succeed with "consideration, perseverance, reason and confidence."

The Chancellor also spoke about the vaccine jointly developed by German company BioNTech and American pharmaceutical giant Pfizer, which was shown to be more than 90% effective in early data released by the drugmakers last week. Merkel said she was happy to have vaccines that are making progress.

People in Austria will be banned from leaving their houses apart from a few specific reasons as the country imposes stricter lockdown measures to curb the spread of Covid-19 from Tuesday.

Here's what the restrictions mean:

The stricter lockdown measures are scheduled to run until December 6, according to the Interior Ministry.

Austria has reported more than 208,000 coronavirus cases, including 1,887 deaths, according to Johns Hopkins University.

Health authorities in Adelaide, South Australia have ordered 4,000 people into quarantine as the Australian state fights a new coronavirus outbreak.

South Australia reported five new coronavirus cases on Tuesday, bringing the total number of the latest cluster to 21. More than 6,000 tests were conducted Tuesday, according to the state's Premier Steven Marshall.

The cases are all considered to be linked to a worker in a medi-hotel, where international arrivals into Adelaide are required to quarantine for 14 days.

There are currently 34 active cases in the state, including imported cases.

The US Centers for Disease Control and Prevention issued revised guidance on Monday for women who are breastfeeding while they have suspected or confirmed Covid-19, saying breast milk is "not a likely source of infection."

Previously, the CDC had said it was not known whether mothers could transmit the virus via breast milk.

In the latest guidance, the agency said a woman with suspected or confirmed Covid-19 should follow guidelines on home quarantine or isolation. The child being breastfed should be considered a close contact and be quarantined during the parent's recommended period of home isolation and for 14 days thereafter.

The guidelines also suggest precautions while breastfeeding for those with suspected or confirmed Covid-19:

If the mother prefers not to breast feed or bottle feed their child while sick, the CDC said a healthy caregiver who is not at risk for severe illness from Covid-19 may feed expressed breast milk to the child.

If the child has suspected or confirmed Covid-19, the agency recommends mothers wear masks while breastfeeding and wash hands frequently.

The US Food and Drug Administration (FDA) has warned against using blood from people who have received experimental vaccine shots when taking convalescent plasma to treat coronavirus patients.

"You should not collect Covid-19 convalescent plasma from individuals who have received an investigational Covid-19 vaccine because of the uncertainty,” it said in an updated guidance.

The FDA also extended the enforcement discretion for its emergency use authorization (EUA) for convalescent plasma through the end of February.

Some context: The agency issued an EUA in August for the use of blood plasma from people who have recovered from coronavirus infections to treat hospitalized patients with Covid-19. Their plasma is filled with antibodies against the virus and can kickstart a patient’s immune response -- although the levels of antibodies and other immune compounds varies depending on the donor.

The limbs of a lifeless body hang off a stretcher in a hospital ward as coronavirus patients battle for their lives just a few feet away. An elderly woman gasps for breath, her desperate panting a grim soundtrack to one of many disturbing cell-phone videos emerging from hospitals across Russia.

"This is how our nights look: horrifying," says a male voice narrating the footage, given to CNN by a prominent opposition-linked Russian doctors' union, "Doctors' Alliance," which says it was recorded in mid-October by a hospital staff member in Ulyanovsk, a city around 500 miles east of Moscow.

"Two more down in our ward," he says, while filming a corpse. "This is how Covid-19 is killing everybody."

This grisly video is just one of several obtained by CNN that reveal appalling conditions inside overcrowded facilities. Some footage shows morgues with bodies, stripped naked, piled on top of each other on grimy floors, in scenes that look like war zones more than hospitals.

As Russia struggles to get the pandemic under control, the videos are one of several signs pointing to an actual death toll far higher than official figures suggest.

Russia says as of November 16 more than 33,000 people have died of Covid-19. But that number is disputed by critics who say the Kremlin is underreporting the numbers.

"I think the real figure is (around) 130,000 people," said Alexey Raksha, a former government statistician who has made his estimates based on official data on excess deaths -- the number of fatalities above what would normally be expected -- to assess the toll of the pandemic. 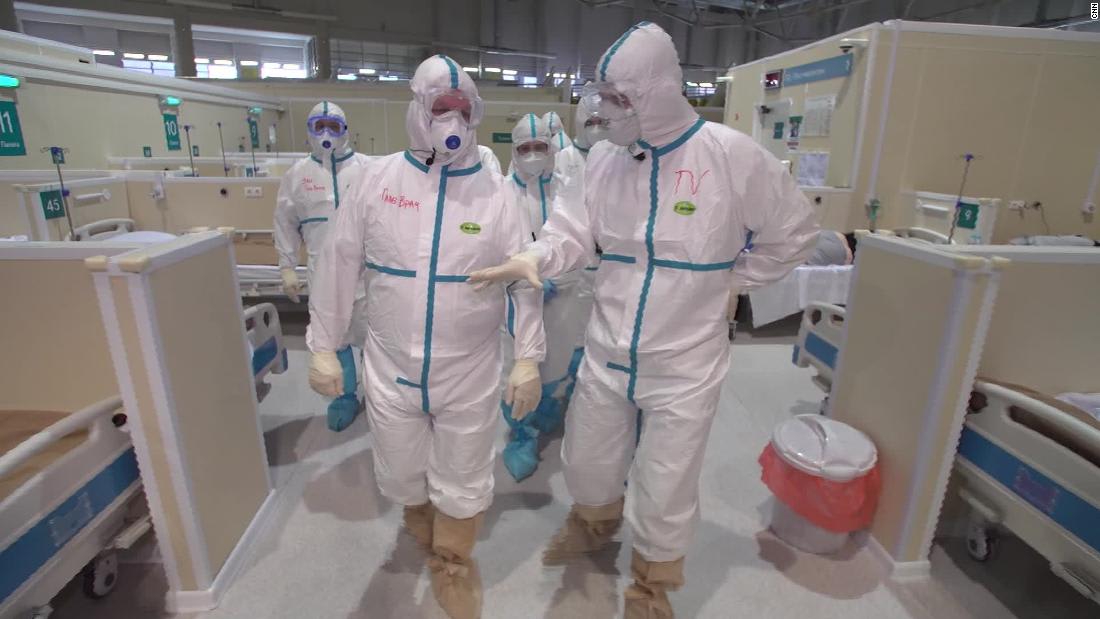 CNN is tracking US Covid-19 cases: