The Navajo Nation began a three-week “stay-at-home lockdown” period on Monday in response to a surge in coronavirus cases,

Residents are allowed to leave their homes only for emergencies and “essential activities” like shopping for groceries or working at an essential business. Those businesses must close each day at 3 p.m.

“We have a three-week lockdown in place now to help isolate those individuals who are positive for COVID-19,” Navajo Nation President Jonathan Nez said in a statement. “When we isolate people, we isolate the virus.”

The Navajo Nation -- which is located within parts of New Mexico, Arizona and Utah -- announced 197 new Covid-19 cases on Monday. That raises the tribe's total number of recorded infections to 13,596 since the pandemic began.

Last week, the Navajo Department of Health identified 34 communities with “uncontrolled spread.” Data from the Centers for Disease Control and Prevention (CDC) shows that across the US, Native Americans infected with Covid-19 are about 4.1 times more likely to be hospitalized than non-Hispanic White people. 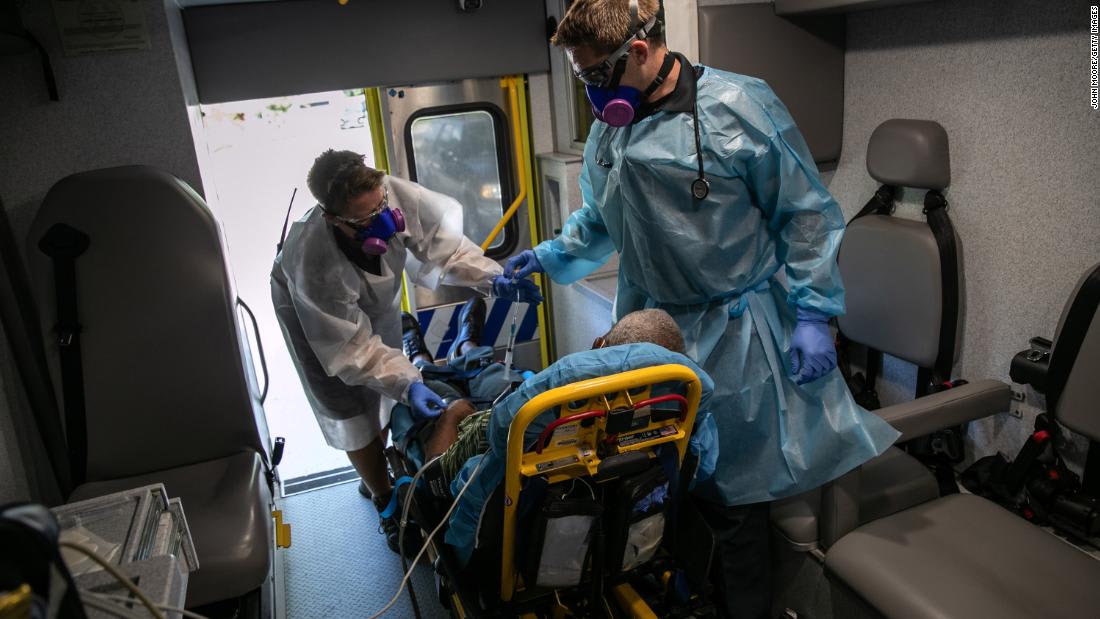 Covid-19 is sending Black, Latino and Native American people to the hospital at about 4 times the rate of others

Drugmaker Pfizer announced on Monday it would test distribution of its coronavirus vaccine candidate in four US states: Rhode Island, Texas, New Mexico, and Tennessee.

Pfizer said last week that preliminary data indicated its experimental vaccine is more than 90% effective in preventing symptomatic infections in people. The company still has to gather more data before it can apply to the US Food and Drug Administration for emergency use authorization for the vaccine.

Temperature testing: A key part of this testing will gauge how hard it is to deal with a product that has to be kept at temperatures well below the capacity of standard freezers.

State and local health officials, hospital representatives and others have expressed concern about the difficulty of distributing a fragile vaccine that needs constant, ultra-cold refrigeration. Careful records will also have to be kept, to ensure that everyone who gets the vaccine receives two doses, spaced three weeks apart.

The four states: “To build on our coordination with the relevant U.S. agencies, Pfizer launched this pilot program to help better support the states’ planning, deployment, and administration of the Covid-19 vaccine candidate,” the company said in a statement.

It did not say what, precisely, would happen in the pilot program but said it would learn from the scheme to help create plans for other states.

The four states were selected because of their differences in size, population diversity, and their varied urban and rural settings, Pfizer said.

Dr. Anthony Fauci, the director of the National Institute of Allergy and Infectious Diseases, emphasized on Monday that the vaccine development process is safe and transparent.

It is not possible to “sneak through” a vaccine that is not safe, Fauci told the American Medical Informatics Association 2020 Virtual Annual Symposium.

“The process upon which a vaccine decision is made as to safety and efficacy is a well-tried and true process,” he said.

Just because Covid-19 vaccines have been developed quickly, it doesn’t mean safety and efficacy have been compromised, Fauci noted.

“When you have an independent body, I think most people think that there could be shenanigans going on that, you know, the company makes a deal with these people to get the vaccine. That is impossible to happen ... The idea that we can sneak through something that is not transparent and secretive is an impossibility."

A store in Japan's Osaka prefecture is experimenting with a new "clerk robot" that can detect if a customer is not wearing a mask.

The robot is designed to move around the store and provide customer service such as guiding customers to products, according to a news release from the developer, Advanced Telecommunications Research Institute International (ATR).

It also uses an attached camera to monitor customers for "unsuitable actions" like not wearing a mask or social distancing.

"If such behavior is discovered, the clerk robot will approach the customer and alert them," the news release said.

ATR developed the robot in November, and is testing it at J-League soccer club Cerezo Osaka's mega store in Osaka.

The release added that robot development is essential for tasks because of labor shortages from a declining birthrate and ageing population in Japan.

"Demonstration experiments of a clerk robot that simultaneously provides customer service and alert service while moving in a small environment such as inside a store is the most advanced attempt in the world," ATR said.

Japan reported 952 new Covid-19 cases on Monday after a run of seven consecutive days with more than 1,000 new infections. The nationwide total stands at 120,038.

Los Angeles Mayor Eric Garcetti urged residents to stay at home as much as possible for the next few weeks, as coronavirus cases surge across the county and California.

“Los Angeles is in a very dangerous situation,” Garcetti said. “We must stay home as much as possible for the next two to three weeks except for accessing essential services.”

The county is currently seeing the highest daily case numbers since the middle of July, according to Garcetti. Infection rates are rising, and hospitalizations are increasing.

Coronavirus response: The county is expanding its testing sites and will be offering testing for passengers and employees at Los Angeles International Airport, where results can be expected within 24 hours.

A statewide travel advisory was issued on Friday asking all California residents to avoid non-essential travel to other states or countries.

There are now more than 70,000 people hospitalized in the United States with Covid-19, according to the Covid Tracking Project.

On Monday, 73,014 people were hospitalized with Covid-19, according to CTP. This is the highest number of Covid-19 hospitalizations the nation has ever experienced, and is at least 10,000 more hospitalizations higher than its spring and summer peaks.

The US currently averages more than 3,500 new hospitalizations per day, CTP data shows.

According to CTP data, these are the highest hospitalization numbers:

“This is a dangerous virus, which can attack every system in the body,” he said during a news conference in Geneva on Monday. “Those countries that are letting the virus run unchecked are playing with fire.”

Tedros did not name any particular country, but said there will be further needless deaths and suffering, and there are a significant number of people who are experiencing long-term effects of the virus. Health workers are facing extreme mental health pressure and cases are burdening health systems severely in too many countries, Tedros said.

He said that health workers went into medicine to save lives, and they must not be put in a position where they have to make impossible choices about who to care for.

“We need to do everything we can to support health workers, keep schools open, protect the vulnerable and safeguard the economy,” Tedros said.

“There is no excuse for inaction. My message is very clear: act fast, act now, act decisively,” Tedros said. “A laissez-faire attitude to the virus -- not using the full range of tools available -- leads to death, suffering and hurts livelihoods and economies.”

The UK government has reached an “initial agreement” with pharmaceutical company Moderna to secure 5 million doses of their candidate vaccine, should it be approved by regulators, UK Health Secretary Matt Hancock announced Monday.

“Should this latest vaccine be approved, the doses would be available from spring next year and I can announce that we have today secured an initial agreement for 5 million doses of the Moderna vaccine,” Hancock said during a Downing Street briefing.
“This is another encouraging step forward, although I stress that this is preliminary. The safety data is limited, and their production facilities are not yet at scale,” he added.

Earlier on Monday, Moderna announced that early data shows that its vaccine is 94.5% effective against coronavirus, making it the second vaccine in the United States to have a stunningly high success rate.

The Moderna vaccine is 94.5% effective against coronavirus, according to early data released Monday by the company, making it the second vaccine in the United States to have a stunningly high success rate.

"These are obviously very exciting results," said Dr. Anthony Fauci, the nation's top infectious disease doctor. "It's just as good as it gets -- 94.5% is truly outstanding."

Moderna heard its results on a call Sunday afternoon with members of the Data Safety and Monitoring Board, an independent panel analyzing Moderna's clinical trial data.

"It was one of the greatest moments in my life and my career. It is absolutely amazing to be able to develop this vaccine and see the ability to prevent symptomatic disease with such high efficacy," said Dr. Tal Zacks, Moderna's chief medical officer.

Vaccinations could begin in the second half of December, Fauci said. Vaccinations are expected to begin with high-risk groups and to be available for the rest of the population next spring. 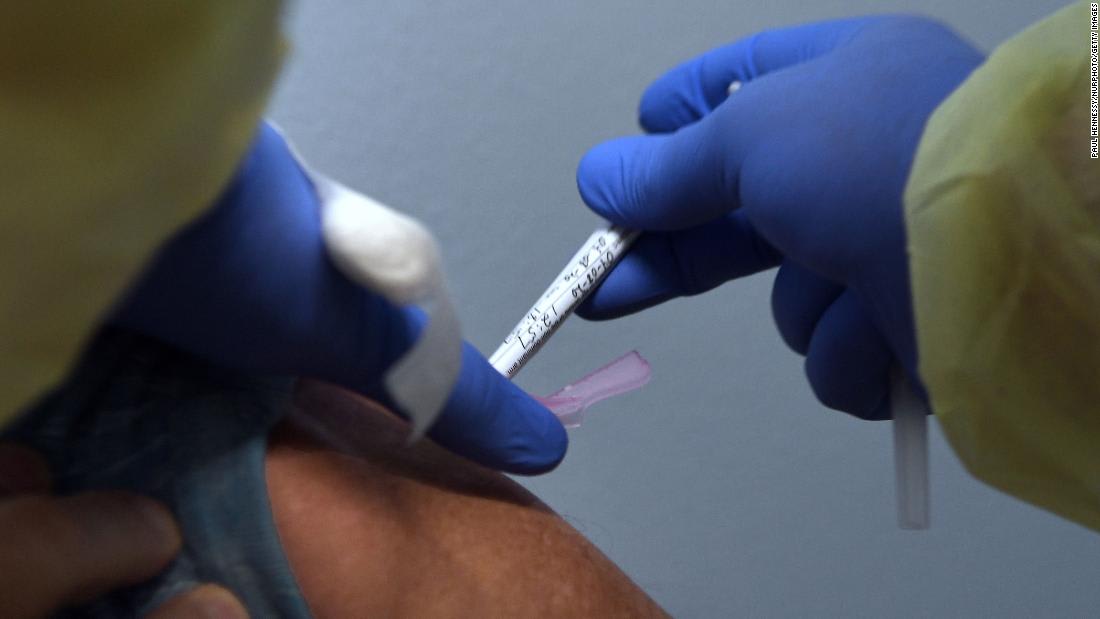 Moderna's coronavirus vaccine is 94.5% effective, according to company data