The pandemic is far from over as infections are on the rise and millions of Americans remain unemployed.

That was a up from the week before and the first increase in unemployment claims since the week of Oct.10.

Meanwhile, 320,237 workers filed claims under the Pandemic Unemployment Assistance program, which is designed to help those who aren't usually eligible for jobless benefits, such as the self-employed. That number also rose from the prior week.

Added together, first-time claims stood at 1.1 million, not adjusted for seasonal changes.

Continued jobless claims, which count people who have applied for benefits for at least two weeks in a row, came in at 6.4 million.

Economists worry that a growing number of people are exhausting their states' regular jobless benefits, which commonly last for 26 weeks. After that, the unemployed get rolled onto other government programs, including the Pandemic Emergency Unemployment Compensation program.

New York City is closing down its public school buildings starting today after the city's 7-day average reached the 3% positive testing rate threshold. All students will transition to remote learning.

Mayor Bill de Blasio tweeted yesterday that schools are being closed out of "an abundance of caution."

New York City is the largest public school district in the country.

New York Gov. Andrew Cuomo said during a briefing on Wednesday that the state is in a "dangerous" situation and a number of factors could fuel a surge in positive cases. Cuomo cited Covid-19 fatigue, cold weather keeping people indoors and the upcoming holidays as possible factors.

Cuomo said that reopening schools in NYC would require a different plan than the rest of the state because by sheer volume it wouldn't be possible to test every student in the city.

No further cases of the mutated strain of coronavirus have been found in Danish minks, leading scientists to believe that the strain has "most likely become extinct."

The Danish Health Ministry said that mink in seven municipalities have now been killed and temporary restrictions on people can be relaxed.

The discovery of the virus in mink earlier this month prompted authorities to order all mink in Denmark to be culled.

The Danish Medicines Agency said it is “unlikely” that the mutated form of coronavirus will have any significant impact on the efficacy of the first generation of vaccines.

Danish officials had previously expressed concern that the outbreak in mink could pose a risk to vaccine efficacy.

The World Health Organization’s Senior Emergency Officer in Europe, Catherine Smallwood, reiterated on Thursday that culling was an “appropriate measure.”

However, the culling sparked a government backtrack after it discovered it had no legal authority to mandate the killing of mink of farms that did not have cases of coronavirus. Instead the government was only able to make a recommendation to farmers.

Poland has registered a record number of Covid-19 deaths for a second day in a row, according to new data from the country’s Health Ministry.

Figures released on Thursday show a further 637 people died, compared to the 603 deaths reported on Wednesday.

Overall, Poland’s death toll from the pandemic has reached 12,088.

The country reported 23,975 new coronavirus cases in its Thursday update, bringing the total to 796,798 since the pandemic began.

On Wednesday, the WHO listed Poland as having one of Europe's highest mortality rates (60 people per 1 million).

Quarantine for Americans is a much more difficult concept to grapple and come to terms with, compared to Asian countries such as China or South Korea, where there is a more entrenched infectious disease prevention policy.

But should Americans feel like that? After all, quarantines were strictly observed in Italy, New Zealand and Spain. Even Canadians are confounded as to why Americans seem to feel quarantine is a breach of civic freedom.

Lambeth Hochwald, a New York City-based writer and professor of journalism at New York University has spoken to a Singaporean and Canadian about how they view Americas reticence to quarantine.

Civic responsibility has to be more important than everything else."

"What worries me looking at our good neighbors to the south is that the deep divisiveness that exists now seems to be mitigating against something we take for granted here, this common good, this belief that we're all in this together. We're each other's neighbors, and it's our obligation to not make somebody else ill if we can help it." 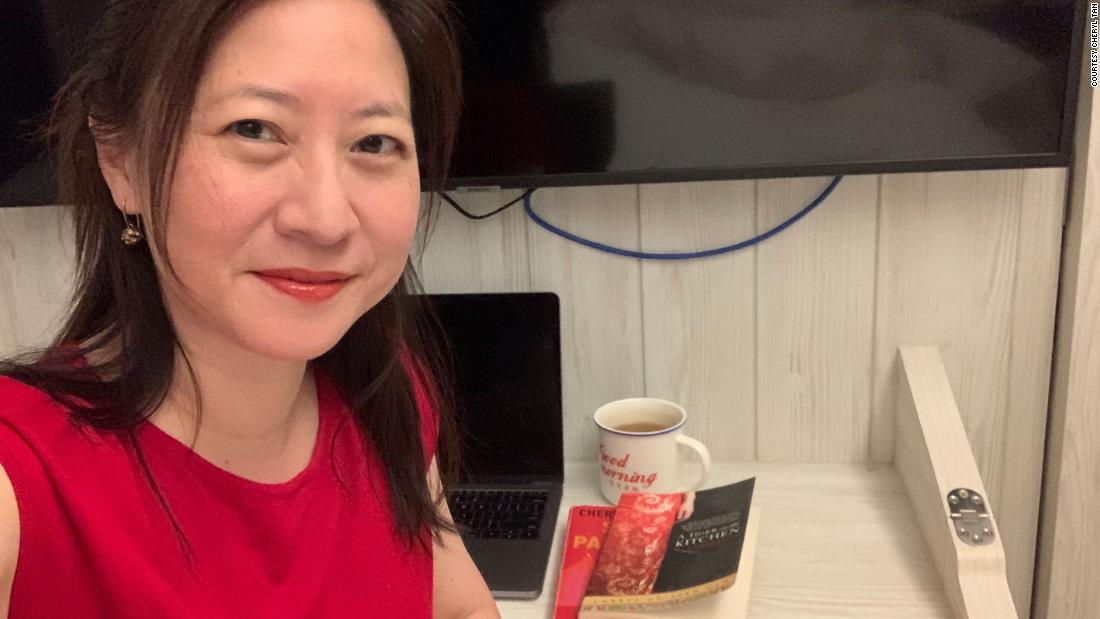 Are American adults capable of quarantining?

Lothar Wieler said Germany “cannot afford to have higher Covid-19 numbers” and that while the numbers has stabilized, the country has not yet "turned a corner."

Wieler, however, did add that he was "optimistic that the positive trend of Covid-19 cases would continue."

The news was not all so positive, with some grisly figures coming out of Germany.

Ute Rexroth, head of RKI's surveillance unit, added that while the new restrictions were working, Covid-19 deaths and patients in ICU were rising.

An end to the Covid-19 pandemic may now be in sight with more good news on vaccine candidates, but for now "this will get worse," a top US official said Wednesday.

"We have had 1 million cases documented over the past week, our rate of rise is higher than it even was in the summer, we have hospitalizations going up 25% week over week," Adm. Brett Giroir, assistant secretary for health at the Department of Health and Human Services, told CNN. "There are so many more cases that we have, that deaths are going up."

It is what experts have repeatedly warned in the past weeks, as Covid-19 conditions continue to deteriorate across the country: things will get worse before they get better.

Infection numbers in Massachusetts are eight times what they were on Labor Day and hospitalizations have quadrupled. Only 6% of Oklahoma's ICU beds remain available. In Arkansas, more than 1,000 people could lose their lives in the next five weeks, according to the governor. In Illinois, the virus is now the third leading cause of death behind heart disease and cancer.

More than 250,000 Americans have so far died of the virus -- a higher death toll than any other country -- and another 188,000 are projected to lose their lives over the next three and a half months, according to the University of Washington's Institute for Health Metrics and Evaluation. By mid-January, the IHME model predicts more than 2,100 Americans could be dying daily.

"As you've heard so many times before, we know how to fix this," Giroir told CNN Wednesday night. "It's all about absolute adherence to wearing a mask, avoiding crowds, and yes, we can keep the economy open but we're going to have to diminish indoor places like indoor dining and restaurants." 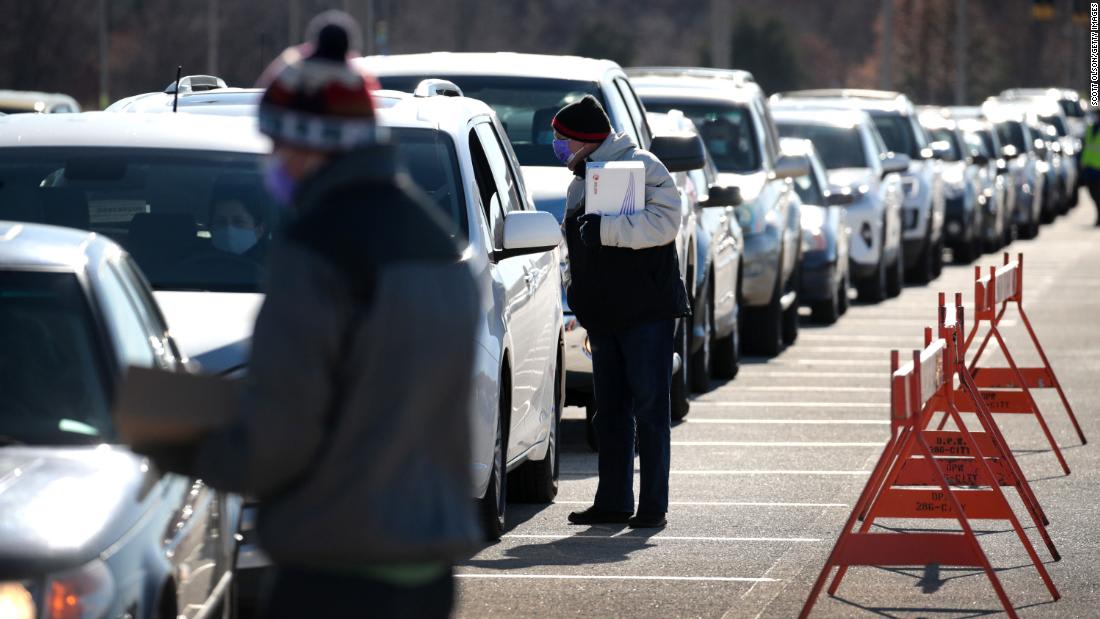 'This will get worse.' A top US official says hospitalizations and deaths will keep climbing as Covid-19 cases explode nationwide

A retired orchestra teacher battling Covid-19 in a Utah hospital turned to his true passion -- music -- to help spread some joy in the ICU.

Even while being intubated and unable to speak, Grover Wilhelmsen wanted to show his gratitude to the health care workers at McKay-Dee Hospital in Ogden.

The 70-year-old patient used pen and paper to communicate with a nurse and had one request.

"Toward the middle of my shift he wrote, 'You know, I really want to play here at the hospital. What do you think about my wife bringing in my violin and viola?,'" Ciara Sase, a RN at McKay-Dee Hospital, said in a news release.

While the request took some planning and approval by doctors, Sase was ultimately able to grant him his wish. She stayed in his room and monitored him as he played church hymns and the "Tennessee Waltz," according to the news release.

AstraZeneca’s experimental coronavirus vaccine appears to work safely in older people, generating as strong an immune response in those over the age of 70 as it does in younger people, British researchers reported Thursday.

The Phase 2 trial did not show whether the vaccine protected volunteers from infection, but it generated an immune response that would be expected to provide protection, the researchers reported in the Lancet medical journal.

AstraZeneca, which developed its vaccine with researchers at Britain’s Oxford University, is testing its vaccine in Phase 3 clinical trials around the world -- the last stage before seeking regulatory approval.

The results: The Phase 2 results published Thursday involved 560 volunteers aged 18 and up; 240 of them over 70. That’s important, because older people are more likely to develop severe disease and to die from infection.

“Our findings show that the ChAdOx1 nCoV-19 vaccine was safe and well tolerated,” the researchers reported in the Lancet.
“If these responses correlate with protection in humans, these findings are encouraging because older individuals are at disproportionate risk of severe Covid-19 and so any vaccine adopted for use against SARS-CoV-2 must be effective in older adults.”

How does the vaccine work? ChAdOx1 is the vaccine’s experimental name. It’s made differently from the Pfizer and Moderna vaccines. It uses a modified cold virus called an adenovirus, but it's one that infects chimpanzees and doesn't make people sick. The virus is genetically engineered to carry a little piece of the coronavirus into the body and train the immune system to recognize and attack it.

The vaccines prompted the body to produce both antibodies and immune cells called T-cells. “The robust antibody and T-cell responses seen in older people in our study are encouraging. The populations at greatest risk of serious Covid-19 disease include people with existing health conditions and older adults,” Dr. Maheshi Ramasamy of the University of Oxford, who worked on the study, said in a statement.

Some context: The study comes after two Covid-19 vaccine candidates in the US reported 95% efficacy. Pfizer says it expects to seek emergency use authorization from the US Food and Drug Administration for its vaccine on Friday, and Moderna says it also plans to seek authorization soon.