Pfizer and BioNTech said they will request an emergency use authorization for their coronavirus vaccine from the US Food and Drug Administration today.

This is the first coronavirus vaccine to seek a regulatory OK in the United States. The companies said in a statement that their vaccine candidate, known as BNT162b2, will potentially be available for use in high-risk populations in the United States by the middle to end of December.

“Filing in the US represents a critical milestone in our journey to deliver a COVID-19 vaccine to the world and we now have a more complete picture of both the efficacy and safety profile of our vaccine, giving us confidence in its potential,” Pfizer CEO Albert Bourla said in a statement.

The submission to the FDA is based on results from the Phase 3 clinical trial of Pfizer’s vaccine, which began in the United States on July 27 and enrolled more than 43,000 volunteers. The final analysis from the trial found the coronavirus vaccine was 95% effective in preventing infections, even in older adults, and caused no serious safety concerns, Pfizer and its German partner, BioNTech, announced this week. The submission also includes safety data on about 100 children ages 12 to 15.

Dr. Paul Offit, who is on FDA's vaccine advisory committee, explains how the approval process works:

A "very substantial" part of the Spanish population could be vaccinated in the first half of 2021, according to Spanish Prime Minister Pedro Sanchez.

His comments follow German Chancellor Angela Merkel's announcement that she expects a coronavirus vaccine to be approved in Europe in December, or "very soon after the turn of the year."

"Spain will be the first European country, together with Germany, to have a vaccination plan. We’ve been working since the month of September. We are ready,” Sanchez said.

The Prime Minister added that a large majority of the vaccines would be acquired through the European Union. The bloc has been moving towards coordinating the purchase and delivery of vaccines, to be shared equally among its member states, based on population numbers.

"The EU has already signed three contracts with pharmaceuticals. Our country would be entitled to 10% of contracted doses. We have a hopeful horizon," he said, adding that "any euphoria must be compensated by caution.”

The data shows that Moscow is the worst affected city, with 6,902 cases, which is also a new record. The center also reported the overall death toll to be 35,311.

A CNN investigation earlier this week, however, revealed that official Russian coronavirus death figures may be grossly understating the real toll by excluding people whose cause of death is attributable to other conditions. Most countries count a death from other conditions, such as pneumonia, as a Covid-19 death if the coronavirus infection triggered the person's deteriorating health.

Russian President Vladimir Putin admitted on Wednesday that the coronavirus situation in the country remains “challenging but controllable” and urged regional governors not to “conceal" the real scale of the problem.

The head of the Serbian Orthodox Church, Patriarch Irinej, died in a Belgrade hospital on Friday after contracting coronavirus, according to a statement by the church.

Serbian President Aleksandar Vučić confirmed the death on Instagram, posting a photo of Irinej with the caption: “I was honored to know you. People like you never depart.”

Irinej was admitted to hospital on November 4 after he tested positive for Covid-19. An earlier statement from the Serbian Orthodox Church said he was intubated after his condition deteriorated Thursday.

He had been at the funeral of the late Metropolitan of Montenegro and the Littoral, Amfilohije Radović, in Podgorica, Montenegro, on November 1, who also died of coronavirus-related ailments.

According to CNN affiliate N1 Serbia, Radović's body was in an open casket during the service before being interred in the crypt of the church. N1 reported that a large crowd gathered in front of the crowded church, with few of the people in the church and none of the priests wearing masks.

Born Miroslav Gavrilović on August 27, 1930, Irinej was enthroned as the spiritual leader of Eastern Orthodox Serbs in 2010.

Starting today, restaurants and bars in Sweden will no longer be able to serve alcohol after 10 p.m. local time.

The measure, announced last week, is an effort to tamp down a spike in coronavirus cases.

Sweden has now recorded more than four times as many Covid-19 deaths than its three Nordic neighbors combined -- 6,340 as of Thursday.

But the Swedish government has largely relied on recommendations, not rules, to promote social distancing measures and coronavirus restrictions.

There are “encouraging signs” the number of coronavirus cases in the United Kingdom are starting to flatten, the country’s Health Secretary Matt Hancock said.

But he warned it won’t be a normal Christmas.

The four nations of the UK have all tightened restrictions in recent weeks as a second wave of infections took hold.

“There are encouraging signs that the number of cases is starting to flatten, and that the lockdown that we brought in earlier this month is working,” Hancock told Sky News on Friday.
“We’ve all been looking for the way out -- the exit strategy,” he said, but added that it’s still important for people to stick to the restrictions and stay home if possible.

Asked about plans to ease restrictions for Christmas, Hancock said the government was hoping to come up with a uniform set of rules across the UK.

“It of course won't be like a normal Christmas, there will have to be rules in place. But we hope that they'll allow for a bit more of that normal Christmas that people really look forward to,” he said.

The UK has recorded more than 1.4 million virus cases and 53,870 deaths, according to Johns Hopkins University.

German Chancellor Angela Merkel expects a coronavirus vaccine to be approved in Europe in December or "very soon after the turn of the year."

“I must say that the news in recent days about a vaccine is very positive and we think that there will be vaccine approvals by December or at least at the very beginning of next year and then of course vaccinations can begin,” she said.

Merkel added that the ethical basis of vaccinating is being discussed among all EU member states, adding that “vaccination priorities are similar in most member states -- first medical staff, then vulnerable persons, and I think the EU path will be similar.”

South Australia Police have clarified what restrictions will be eased after the state's premier said a six-day lockdown would be lifted early.

South Australia Premier Steven Marshall said on Friday that the statewide lockdown would be lifted on Saturday -- a few days before it was originally scheduled to -- after health authorities found that a person lied to contact tracing officials.

"We understand this may cause some confusion and we'll endeavour to provide you with information as it becomes available," South Australia Police said in a Facebook post.

As of 12:01 a.m. on November 22, South Australia will revert back to similar restrictions that were in place before the six-day lockdown.

Retired Army Brig. Gen. Anthony Tata, a top US Pentagon official, has tested positive for Covid-19 after meeting with the Lithuanian minister of defense, according to a Pentagon statement.

Tata will isolate at home for the next 14 days.

Pentagon spokesman Jonathan Hoffman said in a statement that Tata met with Lithuanian Minister of Defense Raimundas Karoblis last Friday. Karoblis has since tested positive for Covid-19 and the Lithuanian Embassy told the Pentagon on Thursday of his infection.

"Mr. Tata was tested today and has tested positive for Covid-19 on two successive tests. He will isolate at home for the next 14 days in accordance with Center for Disease Control protocols," Hoffman said.

Karoblis also met with multiple senior Pentagon leaders, including acting Defense Secretary Chris Miller, the secretaries of the Army and Air Force and the secretary of the Navy. Each of those officials have been tested since their meeting, Hoffman said. He did not say how those leaders had tested. 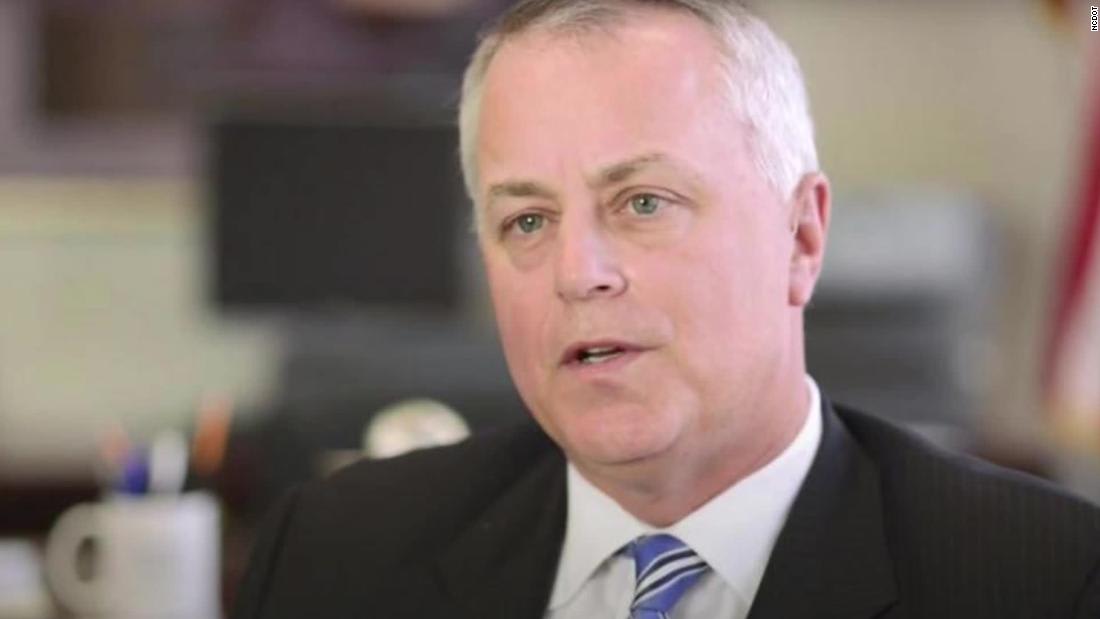