This weekend's virtual G20 summit is underway, and Saudi King Salman bin Abdulaziz Al-Saud opened the event by telling leaders they must prepare for any future pandemics.

Addressing the leaders by video conference, King Salman said “although we are optimistic about the progress made in developing vaccines, therapeutics and diagnostics tools for Covid-19, we must work to create the conditions for affordable and equitable access to these tools for all peoples. At the same time, we must prepare better for any future pandemic.”

Saudi Arabia is hosting this year's virtual summit. US President Trump and the rest of the G20 leaders appeared on small windows on the screen with King Salman at the center, and his son Crown Prince Mohammed Bin Salman right by his side. 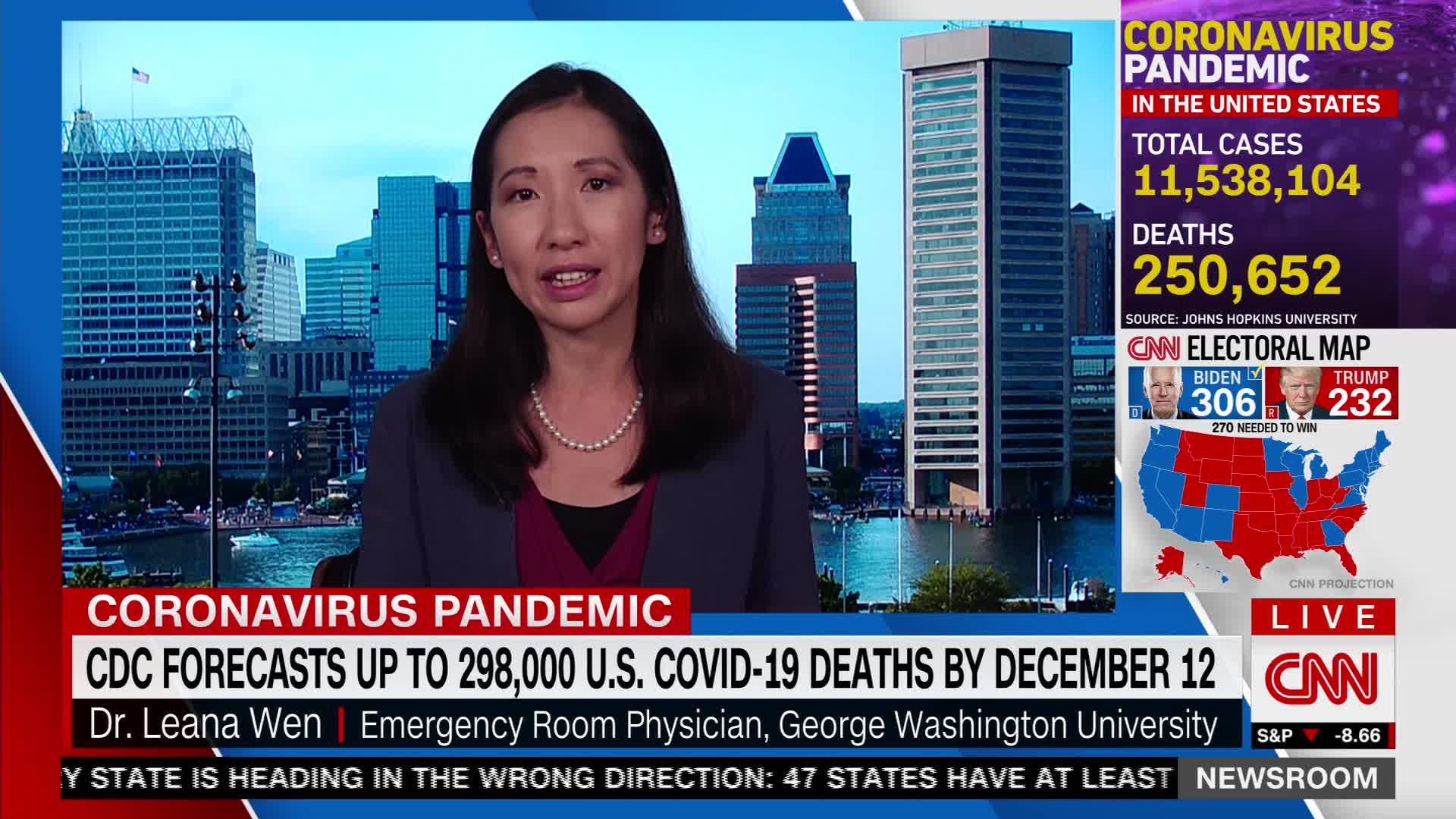 With Thanksgiving just around the corner, we asked CNN Medical Analyst Dr. Leana Wen if it's possible to visit family this holiday season.

No, not the way that we would normally visit family, staying in one another's homes and having holiday dinners around the dining table. That's because Covid-19 is surging all across the country to the point that most communities within the United States are coronavirus hotspots. It is not safe to gather indoors with extended family and friends.

That said, you can still visit family by socializing outdoors. People not in the same household must stay 6 feet apart at all times. Bundle up, like people do when they play outside in winter, and you can do it.

If you do want to get together indoors, the safe way to do this is by everyone quarantining for 14 days and then getting tested. That's going to be very difficult for most people, in which case you should see extended family and friends outdoors only.

I know this is very hard but getting Covid-19 could be worse. So many people have suffered a lot already, and it's during times of stress that we want to be with our loved ones more than ever. Remember that help is coming. There is very promising news about vaccines, and by spring or summer 2021, we could well have a vaccine and better therapeutics. We need to get through this winter.

Wen answered more of our questions about the holidays and the pandemic. You can read up here. 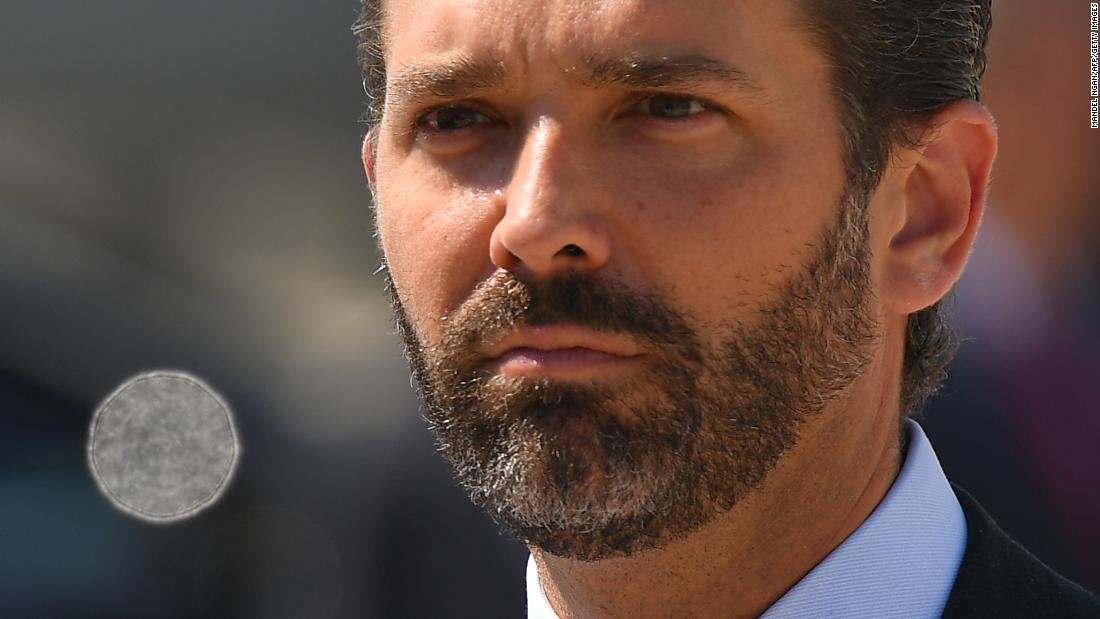 President Trump tweeted this morning that his son Donald Trump Jr. is doing "very well" after he tested positive for the coronavirus earlier in the week.

Trump Jr. said he has been "totally asymptomatic," but is self-isolating and following the "regular protocols." He told followers he found out he was positive for the virus after getting tested ahead of a planned trip with his son.

He later speculated that maybe the test he took was a "false positive," adding that he would continue to follow safety protocols for now and "maybe get another couple tests" to see if he will be able to spend the holidays with his family.

"You know take it seriously," he said, speaking about the precautions he was taking. "No reason to do anything otherwise, but again totally asymptomatic, which is what’s weird about it."

Remember: Trump Jr. has spread a significant amount of misinformation about the coronavirus, including on his Instagram account. Late last month, he told Fox News that the number of deaths from Covid-19 is "almost nothing" at a time when 228,000-plus Americans had succumbed to the virus.

It's Saturday morning in the US, and coronavirus cases are surging. The country reported reported more than 195,000 new Covid-19 cases yesterday — a record one-day total for the second straight day.

Here's a look at the latest news on the pandemic:

UK Prime Minister Boris Johnson has said he will urge fellow G20 leaders to make “bold pledges” on climate change and to work together to defeat the Covid-19 pandemic when the nations meet over the weekend.

In a video released ahead of the virtual summit, Johnson said: “It’s only by joining forces and working together that we will defeat coronavirus and build back better from this crisis. Our fates are in each other’s hands.

“The UK has committed to equitable global access for any vaccine and I would like to see the G20 nations collectively step up and support that effort.”

The summit is being hosted by Saudi Arabia, but many meetings will take place virtually.

Russia reported 24,822 new cases of coronavirus on Saturday, the highest number of cases it has ever reported in a single day, according to data from the country’s coronavirus response center.

Moscow, the worst-affected city, accounted for 7,168 cases, also a new daily record for the Russian capital.

The number of deaths due to coronavirus in Russia increased by 467 -- another record daily increase. The country’s coronavirus response center reports an overall death toll so far of 35,778.

A CNN investigation earlier this week revealed that official Russian coronavirus death figures may grossly understate the real toll by excluding people who are presumed to have Covid-19 post mortem and even those with pre-existing conditions that proved fatal due to the infection.

Hong Kong has postponed a much-hyped travel bubble with Singapore due to a rise in coronavirus cases in the city, just hours after their counterparts in Singapore said it would go ahead.

Edward Yau, Hong Kong's secretary for commerce and economic development, announced the two-week delay during a press conference on Saturday.

"We had planned to launch the HK-Singapore travel bubble tomorrow,” Yau said. “But in the light of the recent upsurge of local cases, we have decided together with Singapore government that we would defer the launching of the Air Travel bubble by two weeks.”

"We will make further announcements perhaps by early December on the formal launching of the scheme," he added.

Singapore's Transport Minister Ong Ye Kung also announced in a Twitter post that the bubble has been delayed.

But hours earlier, Singapore had said the bubble would go ahead despite the spike in Hong Kong, with extra precautions added to ensure safety.

The "Civil Aviation Authority of Singapore announced that the Singapore-Hong Kong Air Travel Bubble (ATB) will be launched as scheduled, with arriving passengers subject to an on-arrival test as a further precaution," Ong explained on Saturday.

"Given the evolving situation in Hong Kong, Secretary Edward Yau and I discussed further this afternoon, and decided that it would be better to defer the launch of the ATB, by two weeks. We will review within two weeks on the new launch date and update again,” Ong said.

Hong Kong has experienced a sharp rise in Covid-19 cases in the last few days after weeks of steadily low cases loads.

“The scale of the increase is very alarming,” said Doctor Chuang Shuk-kwan, head of the Communicable Disease Branch at Hong Kong’s Centre for Health Protection. She warned on Saturday that this new increase in cases will be “very difficult to control."

November has been a month full of devastating Covid-19 records in the US.

Almost every single state has sounded the alarm on a rapid surge in cases and nationwide numbers have been climbing much faster than ever before -- with the country reporting a staggering 2.7 million infections since the beginning of the month.

On Friday, more than 195,500 new infections were reported -- a level many could not imagine just weeks ago. The highest number of single-day cases during the country's summer surge was a little more than 77,100 in July.

But despite the alarming numbers, multiple experts this week predicted things will likely get worse before they get better.

The virus is still running unabated in the US and the rate of rising cases is now "dramatically" different from what it was before, White House Coronavirus Task Force Coordinator Dr. Deborah Birx told CNN's Chief Medical Correspondent Dr. Sanjay Gupta.

"This is faster. It's broader. And what worries me, it could be longer," she said.

Louisiana's health department announced that about 90% of new cases reported were community spread, while 10% of them were in congregate settings. Colorado officials said a new modeling report estimates about one out of every 49 residents in the state is infected with Covid-19 -- by far the highest prevalence since the virus arrived there. In Washington state, Gov. Jay Inslee said the "state is on fire," with the virus "raging" across its communities.

Those announcements come ahead of Thanksgiving week, when health officials fear many Americans will opt to visit family and friends and further fuel the spread of the virus -- many times, without knowing it. 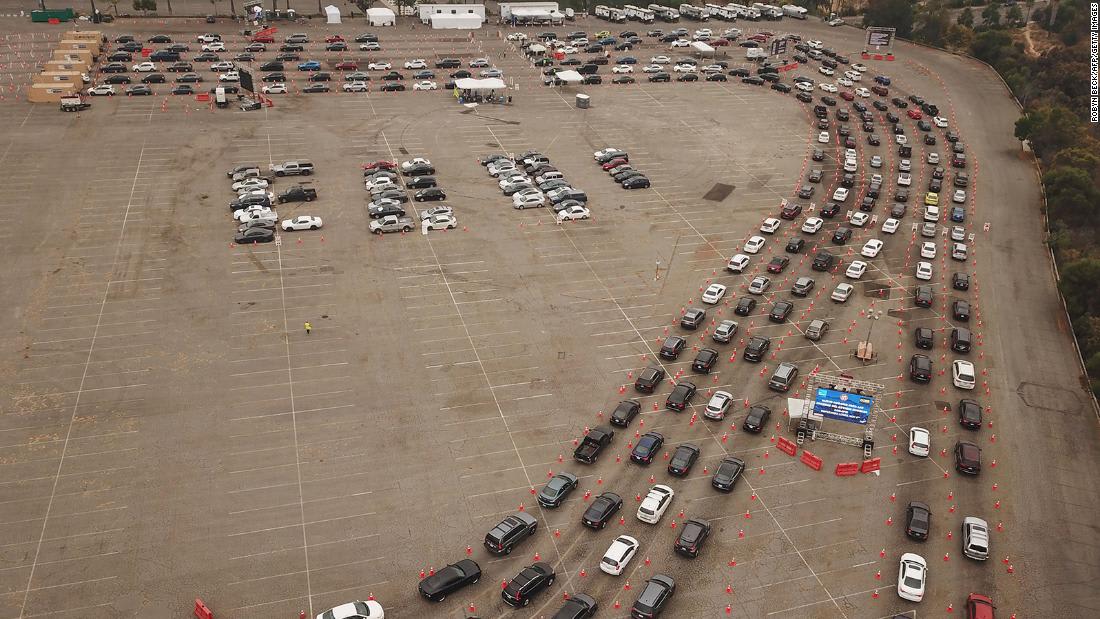 Vaccines like to be kept cool, none more so than the Pfizer candidate for Covid-19, which has to be deep-frozen. And that's going to be an issue for developing countries -- and for rural areas in the developed world.

The "cold chain" is just one of the challenges in distributing vaccines worldwide.

There are plenty of others: decisions about priority populations and databases to keep track of who's received what vaccine, where and when. Additionally, different vaccines may have more or less efficacy with different population groups; and governments will need PR campaigns to persuade people that vaccines are safe.

But the logistics of transporting and storing vaccines -- getting them from the factory gate to the patient's arm -- are critical. And as most vaccines are likely to require two doses, the whole chain needs must be repeated within weeks. 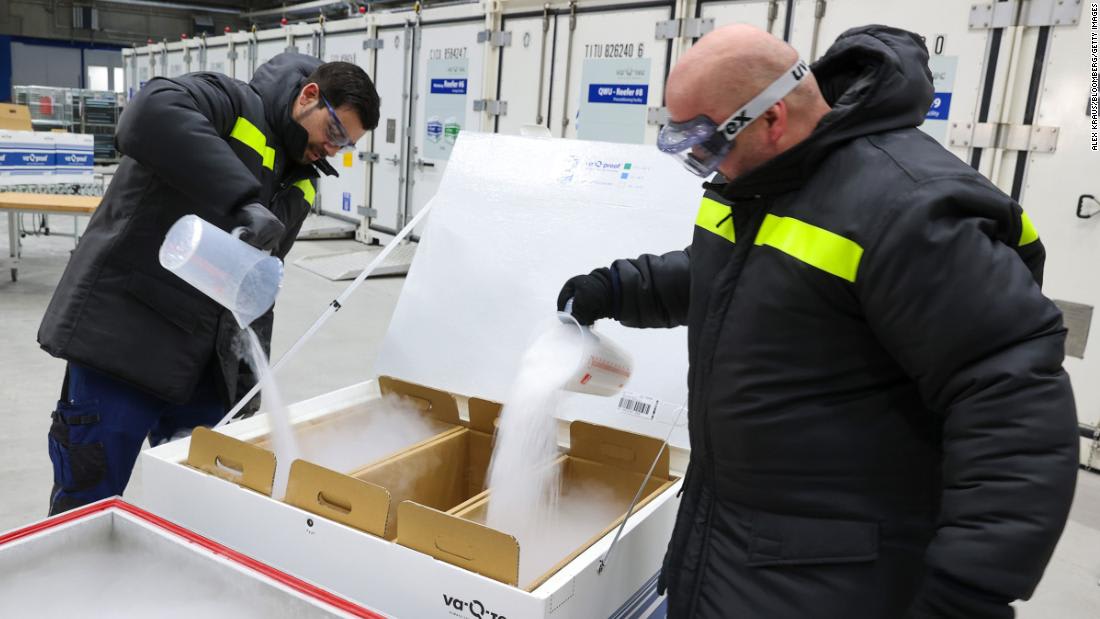 The world's now scrambling for dry ice. It's just one headache in getting coronavirus vaccines where they need to go