The order, which will go into effect on Wednesday November 25 at 10 p.m., also includes dining at breweries, wineries, and bars.

“To reduce the possibility for crowding and the potential for exposures for people in settings which are not wearing their face coverings, restaurants, breweries, wineries and bars will only be able to offer take out, drive through and delivery services,” the release said.

There are currently 1,401 people hospitalized with the disease in the county, with 26% of those in the ICU, the release said.

UK Prime Minister Boris Johnson on Monday is expected to announce an “extensive community testing” program for regions living under the “very high alert” top tier of Covid restrictions, as well as offering testing support from the National Health Service (NHS) and the armed forces.

The government’s Covid Winter Plan will employ repeated testing of contacts so that they can avoid the need to isolate after having contact with a positive individual, according to a Downing Street news release.

The release said the program of “repeated testing of contacts instead of isolation” will be trialed in Liverpool starting next week and then expanded across the NHS and care homes in December before being rolled out to the general population in January.

The expanded availability of testing under the Covid Winter Plan will allow care home residents to see two visitors twice a week, the release said.

Johnson, according to the release, is expected to say the "selflessness" of people who are following best practices such as mask usage is making a difference, but he will warn: "We are not out of the woods yet. The virus is still present in communities across the country, and remains both far more infectious and far more deadly than seasonal flu."

Johnson will announce that testing will be expanded to catch asymptomatic individuals who can still spread the virus and that weekly testing will be available for employees in food manufacturing, prison staff, and workers delivering and administering Covid vaccines.

November isn't even over, and the US has already seen more new Covid-19 cases than any other month of this entire pandemic.

More than 3 million new cases were reported between November 1 and 22, according to data from Johns Hopkins University. That's about a quarter of all US cases since the beginning of this pandemic.

Yes, testing has increased. But it hasn't kept pace with the rate of new infections.

As of late last week, the number of daily new cases increased 25% compared to the previous week, according to Johns Hopkins data.

But the number of new tests increased only 14.55%, according to the Covid Tracking Project.

And in 44 states, the percentage of positive tests is higher than the recommended 5% threshold.

"If a positivity rate is too high, that may indicate that the state is only testing the sickest patients who seek medical attention, and is not casting a wide enough net to know how much of the virus is spreading within its communities," Johns Hopkins said.

And every surge in new cases leads to more hospitalizations and deaths in the following weeks. 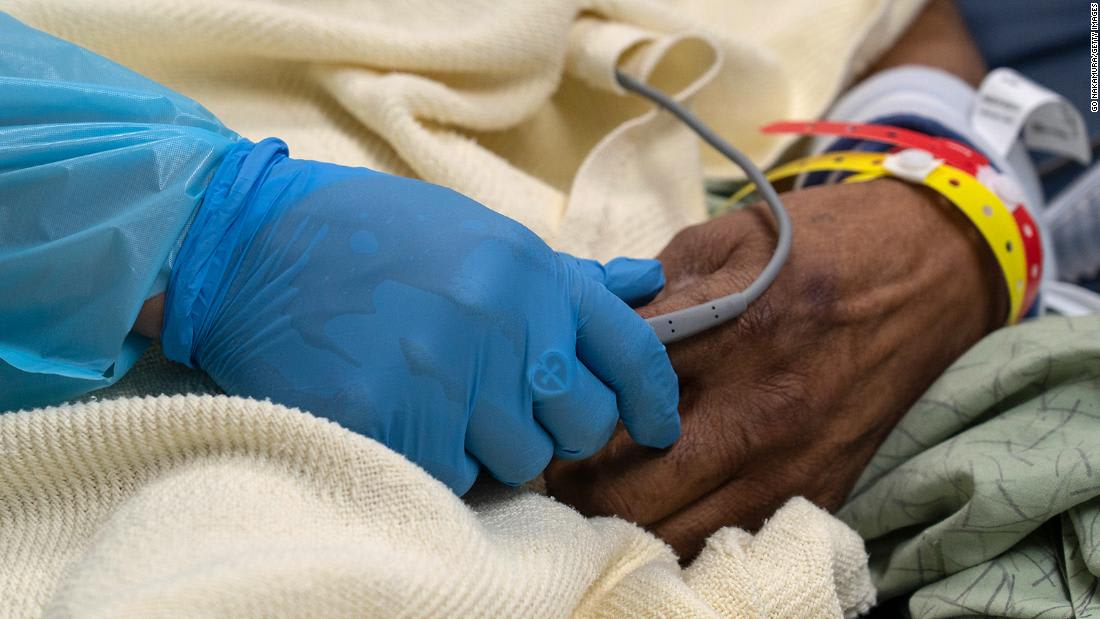 "Our plan is to be able to ship vaccines to the immunization sites within 24 hours from the approval, so I would expect maybe on day two after approval, on the 11th or on the 12th of December, hopefully, the first people will be immunized across the United States, across all states, in all the areas where the State Departments of Health will have told us where to deliver the vaccine," Slaoui told CNN's Jake Tapper on "State of the Union" Sunday.

On Friday, Pfizer submitted an application to the US Food and Drug Administration for emergency use authorization for its Covid-19 vaccine candidate, and an FDA vaccine advisory committee is slated to meet December 10.

Slaoui said that means, if authorized, the vaccine could be rolled out the next day.

Slaoui also said that based on plans, the amount of the population who need to be vaccinated for life to return to normal is likely to happen in May.

How to achieve herd immunity: Slaoui told Tapper that with the level of efficacy that has been shown in both Pfizer and Moderna's vaccines, "70% or so of the population being immunized would allow for true herd immunity to take place, that is likely to happen somewhere in the month of May, or something like that based on our plans."

Following Slaoui's comments on Sunday, Dr. Anthony Fauci, the nation's top infectious disease expert, told CBS' Margaret Brennan on "Face The Nation," that while he "totally agree(s)" with Slaoui that there could be herd immunity by May, it would require that a majority of the country be vaccinated.

"If you have a highly efficacious vaccine, and only a relatively small 40, 50% of the people get vaccinated, you're not going to get the herd immunity you need," Fauci said. "What we do need is we need to get as many people as possible vaccinated."

A new Gallup poll found that 58% of Americans said they would get vaccinated against the coronavirus if there was an FDA-approved vaccine available right now at no cost. 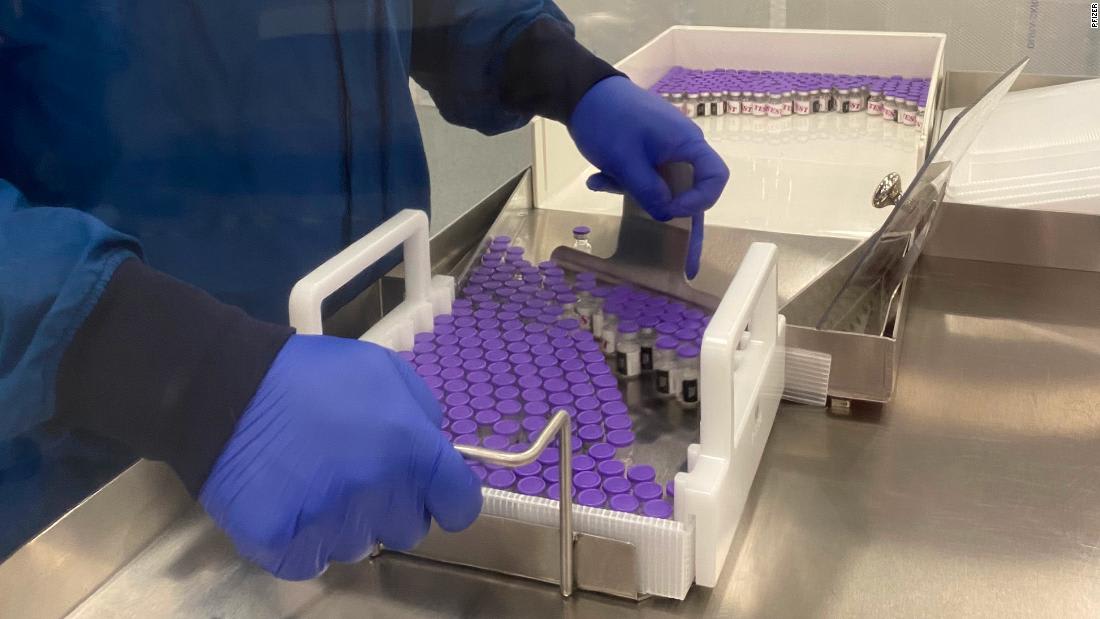 Thanksgiving travel is surging as new coronavirus cases approach 200,000 a day in the United States.

The US Centers for Disease Control and Prevention issued guidance on Thursday urging Americans not to travel for Thanksgiving. But millions of people are still planning to travel over the holiday week.

On Friday, the number of travelers screened at US airport security checkpoints topped 1 million for only the second time since March, according to Transportation Security Administration figures. That's still just 40% of the volume screened on the Friday before Thanksgiving a year ago.

Many weary Americans eager to join family and friends for Thanksgiving face another risk calculation as they weigh scrapping travel plans at the last minute or going ahead as Covid-19 cases surge.

Gail Duilio, a retired public health nurse in Portland, Oregon, has canceled her flight to Minnesota for the holiday and her mother's 93rd birthday.

"When making the arrangements a month ago, I felt the risks vs. benefits weighed on the side of going," she told CNN. This week, the risks tipped the scales in the other direction for her.

Travel organization AAA has said that it expects at least a 10% drop in travel this Thanksgiving because of spiking coronavirus cases, shifting travel restrictions and calls by health and government officials for people to stay home.

AAA forecasts nearly 48 million travelers will drive to their destinations -- representing a 4.3% drop from last year in the number of people traveling by car over the holiday period, which AAA defines as Wednesday to Sunday.

Air travel is expected to see its largest one-year decrease on record for Thanksgiving, a nearly 48% drop, with just 2.4 million travelers expected to fly, according to the organization. 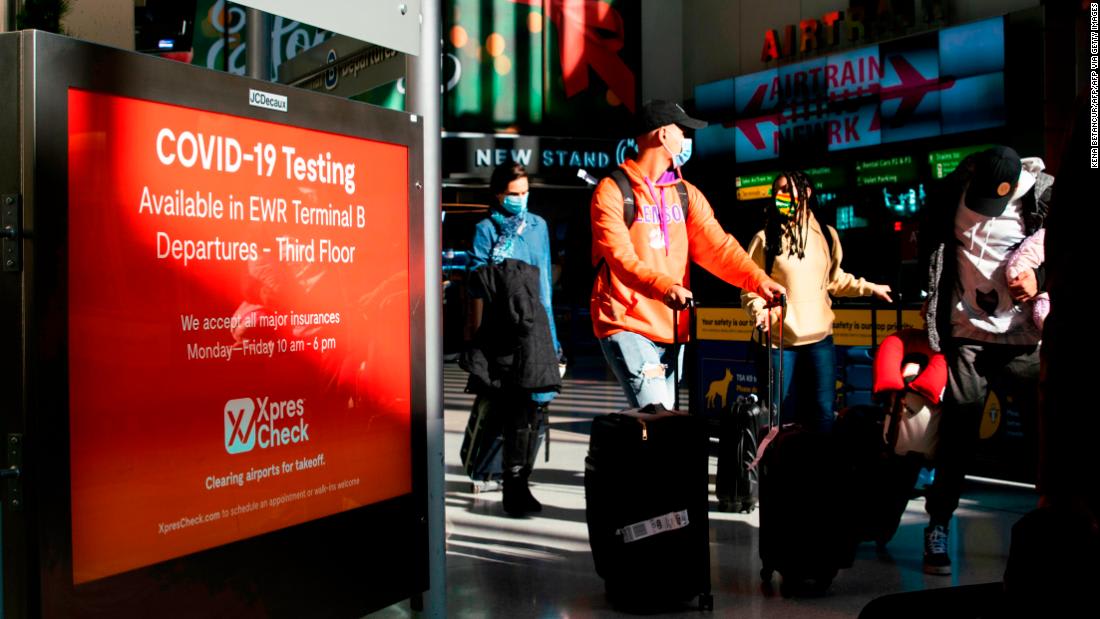