The United States reported 2,146 deaths from Covid-19 on Tuesday, according to data from Johns Hopkins University.

This is the 21st time that the US has added more than 2,000 coronavirus fatalities in a day and the highest new death numbers since May. The most deaths in a single day were recorded April 15 -- 2,603 people.

Some face masks can be used even if their manufacturer’s expiration date has passed, the US Food and Drug Administration said Tuesday.

The FDA posted extensive new guidance about face masks, surgical masks, and respirators on its website Tuesday, with advice about when to use each kind.

Some are OK to use even if they are old, the FDA said. “Face masks and surgical masks are designed to serve as protective barriers and may still offer some protection even if they are used beyond the manufacturer's designated shelf life or expiration date,” the agency advised.

Hospitals, clinics, and other health care facilities have reported shortages and problems managing protective personal equipment, including face masks. But certain types should not be re-used, the FDA said.

“The CDC does not recommend the reuse of disposable surgical masks that are intended to be used once. The FDA recognizes that there may be availability concerns with surgical masks during the COVID-19 public health emergency, but there are strategies to conserve surgical masks," it said.

Respirators, such as N-95 masks, are to be used once and should not be washed, but some can be decontaminated and reused. “The FDA has issued Emergency Use Authorizations (EUAs) for devices that decontaminate certain respirators,” it said.

Mask protection: While the FDA referred frequently to the US Centers for Disease Control and Prevention, its new website doesn’t reference the CDC’s latest guidance that suggests face masks protect the wearers as well as those around them.

Fred Sasakamoose, a trailblazer for Indigenous players in the National Hockey League, died Tuesday at 86, according to his son Neil Sasakamoose, who delivered the news in an emotional video on Facebook. Fred Sasakamoose's death came five days after being hospitalized in Saskatchewan, Canada, with Covid-19.

Sasakamoose played 11 games for the Chicago Black Hawks during the 1953-54 season, according to NHL's website. He is widely believed to be the first Indigenous player in the league's history, though the NHL tells CNN this is impossible to determine. 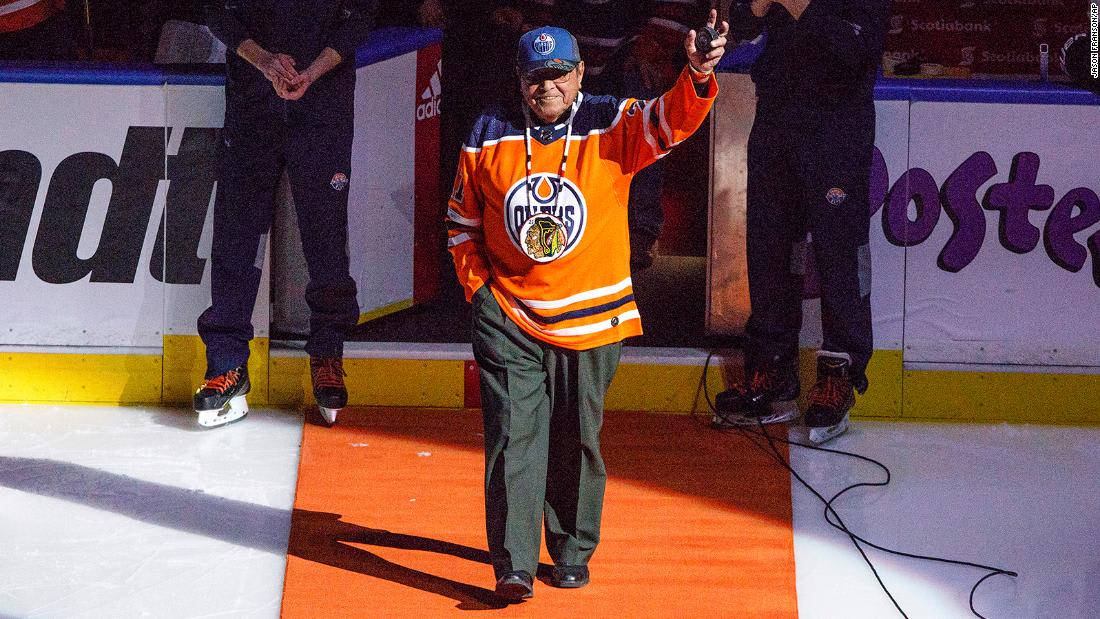 Brazil’s death toll is the second highest worldwide after the United States, and the country ranks third for most Covid-19 cases globally after both the US and India, according to Johns Hopkins University.

Senior Indian politician Ahmed Patel, a member of the country’s main opposition Congress party, died on Wednesday at the age of 71 due to complications after testing positive for Covid-19 last month.

In a tweet, his son Faisal confirmed the death of the western Gujarat state parliamentarian.

"With profound grief & sorrow, I regret to announce the sad and untimely demise of my father, Mr. Ahmed Patel at 25/11/2020, 03:30 AM. After testing positive for COVID-19 around a month back, his health worsened further due to multiple organ failures,” he tweeted, requesting well-wishers adhere to Covid-19 restrictions by avoiding mass gatherings.

Patel served as political secretary to Congress party president Sonia Gandhi for several years. While he never held a position within the government, he was considered one of the most influential senior leaders within the party.

“In Ahmed Patel, I have lost a colleague whose entire life was dedicated to the Congress Party. His faithfulness and dedication, his commitment to his duty, his always being there to help, his generosity were rare qualities that distinguished him from others," wrote Gandhi in a statement posted by the Congress party on Twitter.
"I have lost an irreplaceable comrade, a faithful colleague and a friend. I mourn his passing and I feel deeply for his bereaved family to whom I offer my sincere feelings of empathy and support,” the statement continued.

Prime Minister Narendra Modi also tweeted his condolences, writing, “Saddened by the demise of Ahmed Patel Ji. He spent years in public life, serving society. Known for his sharp mind, his role in strengthening the Congress Party would always be remembered. Spoke to his son Faisal and expressed condolences. May Ahmed Bhai’s soul rest in peace.”

“One of the ways we think the Midwest was seeded with virus during the summer was with the Sturgis, South Dakota, motorcycle rally where people were infected and then dispersed out through the Midwest."

“Now imagine that on a massive scale -- people leaving from every airport in the United States, and carrying virus with them,” he added.

Why tests don't guarantee safe travel: Reiner cautioned that testing doesn’t always reveal whether someone is infected at a given point in time. For example, if a person is infected with Covid-19 and has a test a day or two later, there might not be enough viral RNA to detect the virus, he said.

So, testing as a litmus test for traveling won’t work, unless it reveals a positive result and the person stays home as a result, Reiner said.

“If you bring a lot of people together at a White House Party now, particularly a party that has food, where you have to take your mask off, there’s no safe way to do that in public,” said Reiner, a cardiologist at George Washington University.
“It's another super spreader event,” he warned. “It's completely optional and harmful in this pandemic environment. It should not be done. I realize this is the last year, but it should not be done.” 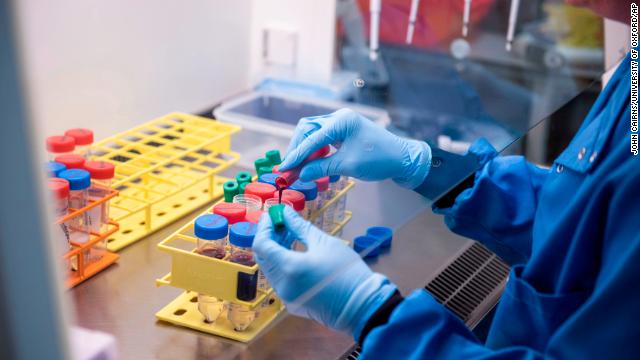 The US government’s Operation Warp Speed effort is trying to understand discrepancies in data coming out of trials of AstraZeneca’s experimental coronavirus vaccine, Moncef Slaoui, chief science adviser to the mission, said Tuesday.

It might be possible to adjust the US trial arm if it turns out a different dose of the vaccine works better, he said.

AstraZeneca said Phase 3 trial data from testing in Britain and Brazil indicated the vaccine was 62% effective -- except for a batch tested in 3,000 volunteers that looked to be 90% effective in preventing infection. The vaccine, developed with the University of Oxford, is also being tested in the US but there’s no data from that arm of the trial yet.

“We are, of course, also reviewing in depth with the AstraZeneca and Oxford teams all the specifics of the data generated to understand what difference there is between a schedule that gives a 62% efficacy and one that gives 90% efficacy,” Slaoui told an Operation Warp Speed briefing Tuesday.

AstraZeneca said surprisingly, the stronger effects were seen in volunteers who got a half dose of the vaccine, boosted by a full dose a month later. The 62% efficacy was seen in the majority of volunteers who got the proper dosing for both shots.

“We have been made aware of what's called now the half dose at the time it happened, was a change in the way the quantity of vaccine put in a vial was tested,” Slaoui said.

He seemed to indicate the half dose was given by mistake. “And when they realized there was an error or change in the approach, technique used, they corrected it. In the meantime, about 3,000 subjects were recruited, half in the placebo and half in the vaccine group.”

That would skew the results. Clinical trials are carefully designed, and results that came from mistakes usually are not included in the final reports of those trials. But clinical trials can be adjusted if mistakes show a different dosing regimen, for instance, can provide better outcomes.

The United States set a record for the number of people currently hospitalized with Covid-19 on Tuesday, according to the Covid Tracking Project.

As of Tuesday, 88,080 people are currently hospitalized with Covid-19, according to CTP. This is the highest number of Covid-19 hospitalizations the nation has ever experienced.

According to CTP data, the highest hospitalization numbers are:

Some areas of the United States will soon see their health care systems overwhelmed, as coronavirus hospitalizations surge around the nation, Dr. Robert Redfield, director of the US Centers for Disease Control and Prevention, said Tuesday.

“In some areas, we are going to see the health care system overwhelmed,” Redfield said in an interview with Fox News.

But he said Americans are not defenseless against the virus, and can blunt the surge by practicing mitigation measures.

“This is why, again, the vigilance in the mitigation steps is so important to keep those health care systems from going over the top in terms of being able to maintain their resilience -- not just to serve people with Covid, but to serve (people) without Covid,” Redfield said.

He said definitively that safety precautions, such as wearing masks, work.

“Hope’s on the way with a vaccine,” Redfield said, adding that until then, “We still need to really be vigilant about these mitigation steps, and stop the debate about whether they work or not.”