A record 101,487 Covid-19 patients were in US hospitals on Sunday, according to the Covid Tracking Project, underscoring the immense pressure on the nation's hospitals and health care workers.

"Our hospitals are already at the brink," said CNN medical analyst Dr. Leana Wen, a former Baltimore City health commissioner. "And they are just at the brink of becoming so overwhelmed that patients are going to get less than ideal care."

Already stretched thin, experts and health care workers fear things will only get worse, with a potential surge of infections fueled by Thanksgiving travel and gatherings.

Just one week after the holiday, the US has yet to feel the full effects. But Wen said we will see an "exponential rise" in cases in the next few weeks, and she urged Americans do their part to combat the spread of the virus and relieve the strain on hospitals.

"Because otherwise we have a catastrophe on our hands that's worse than any of us can possibly imagine," she said.

December has brought the highest hospitalization numbers in the US since the pandemic began as the virus continues to spread like wildfire.

It took almost 100 days for the US to reach 1 million coronavirus infections after the first cases were confirmed on January 20. But in the first five days of the month, from Tuesday to Saturday, 1,000,882 cases were reported in the US, according to data from Johns Hopkins University.

More than 14.7 million confirmed cases had been reported in the US as of Sunday night, and more than 282,200 people have died. 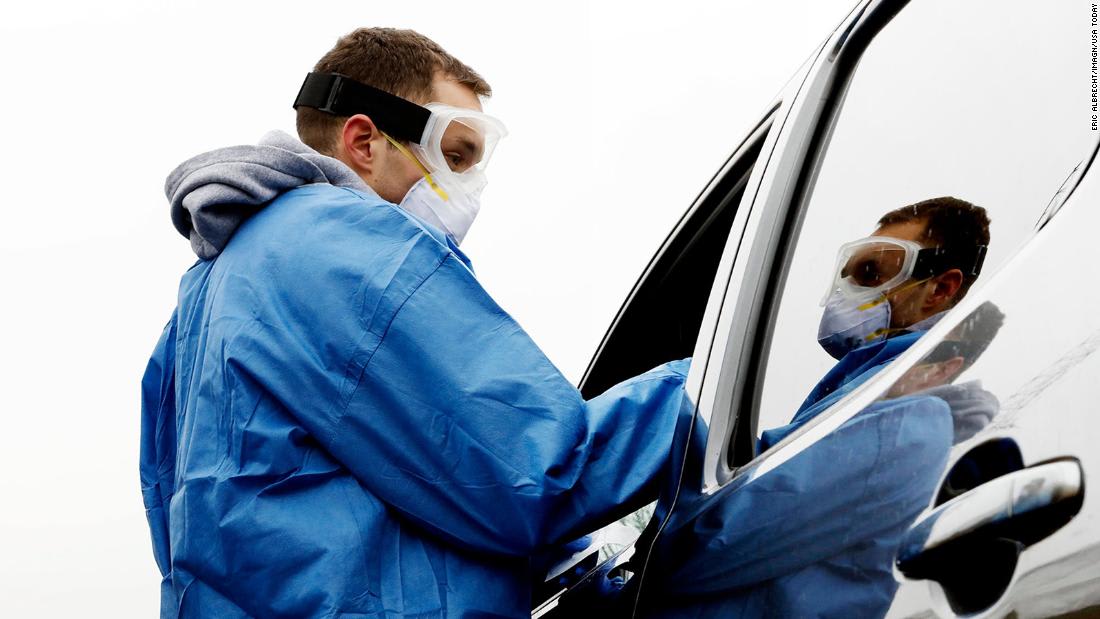 "Get better soon Rudy, we will carry on!!!" Trump wrote on Twitter.

Giuliani was admitted to Georgetown University Hospital on Sunday, a source familiar confirmed to CNN.

There have been no additional details provided about his condition, and it is unclear when Giuliani received a positive test for Covid-19. He and his spokeswoman have not responded to CNN's requests for comment.

The former mayor of New York has been crisscrossing the country to battleground states, leading the President's long-shot legal battle to overturn the results of the 2020 presidential election.

Giuliani has repeatedly disregarded public health guidelines, appearing maskless in state capitols, hotel ballrooms and at indoor news conferences in recent weeks. At many of the events, most of the other people in the indoor settings were also not wearing masks.

At some of those events, Giuliani was spotted shaking hands, hugging and taking pictures with people while not wearing a mask. 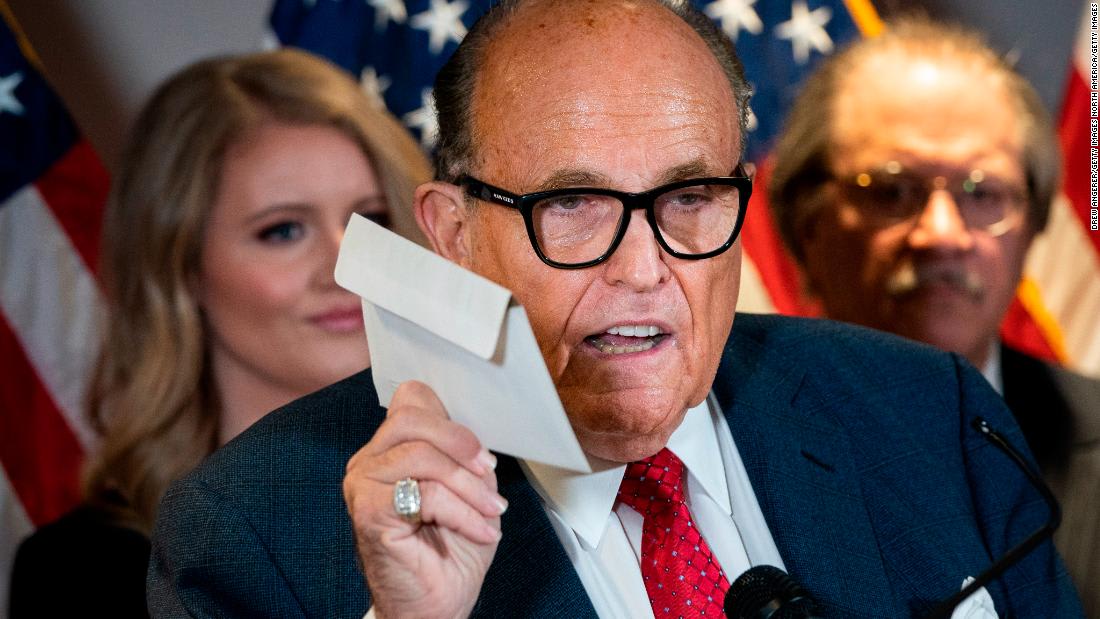