Intensive care unit capacity could run out by December 27 if Covid-19 numbers continue to climb as fast as they are now, health officials project.

That is "in just 17 days," the city's health director Dr. Grant Colfax said Wednesday. "And that's if things don't even get worse, but they very well may."

There are 123 Covid-19 patients across San Francisco, Colfax said, a number higher than ever before that shows "no signs of going down." Thirty of those patients are in intensive care units.

This number is climbing, and climbing rapidly. Now, not only by the day, but by the hour," he added.

The city is experiencing by far its worst surge to date, Colfax said, adding the virus was "everywhere in our city right now."

"Even lower-risk activities now carry substantial risk because there's more virus out there than ever before," he said.

The surge has also been fueled by the gatherings that took place over the Thanksgiving holiday. Since then, at least 167 people are testing positive for the virus daily, and the average case rate per 100,000 has skyrocketed since Thanksgiving week -- from 15 to 30.

"The reality is unfortunately proving to be as harsh as we expected," Colfax said. 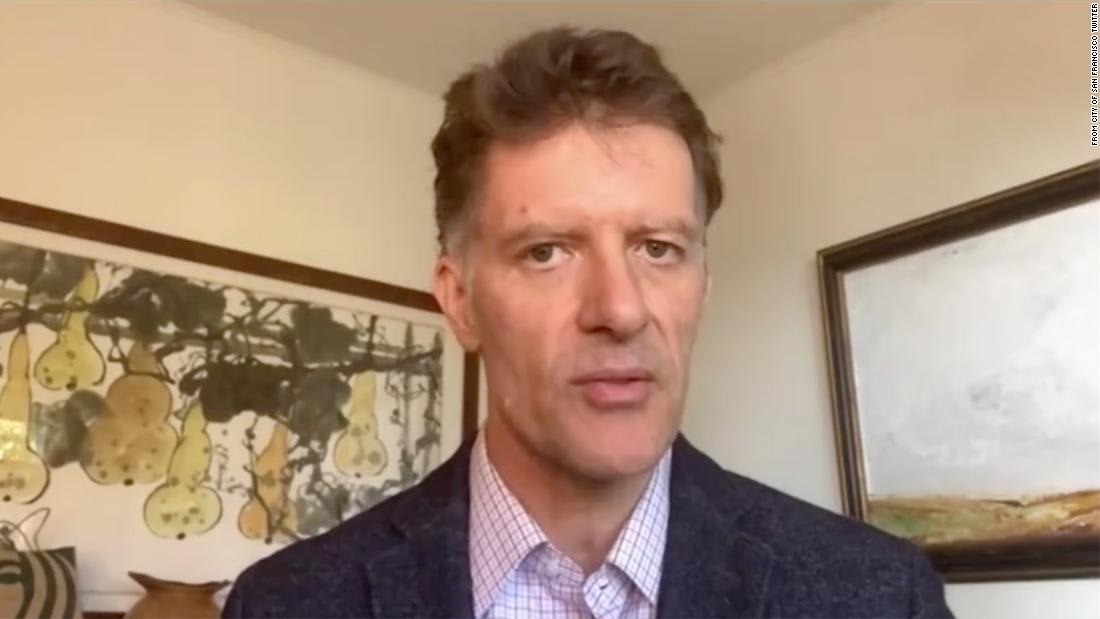 As the number of coronavirus cases across the United States continues to surge, one hospital in Reno, Nevada has turned its parking garage into a specialist wing for coronavirus patients.

Renown Regional Medical Center has come under increased pressure with Washoe County — the region Renown serves — now registering 10 times the number of cases that it did a couple of months ago.

"It's scary, you know, you don't expect to go to work and be working out of a parking garage," said Janet Baum, nursing manager of the site. "We've made it a hospital, so we don't consider it a garage anymore."

According to hospital CEO Anthony Slonim, the building went from garage to health center in about 10 days and now houses 700 hospital beds. Among those receiving care at Renown is Rosalia Martinez and her husband of 35 years, Luis.

"When I found out she was sick; I cried. I thought she was going to die," Luis Martinez said. Now, he is recovering from the virus as well, four beds down.

He coughs at nighttime, I can hear him. And if I yell, he can hear me," Rosalia said. "He knows that I'm still alive."

Though coronavirus patients in parking spaces may sound odd, Luis Martinez said he feels safe there. The space is clean, and the staff are working hard to make sure their patients are all attended to, he said.

On Wednesday, Nevada registered a total of 176,334 coronavirus cases and 2,384 deaths, according to Johns Hopkins University's tally of cases in the United States. 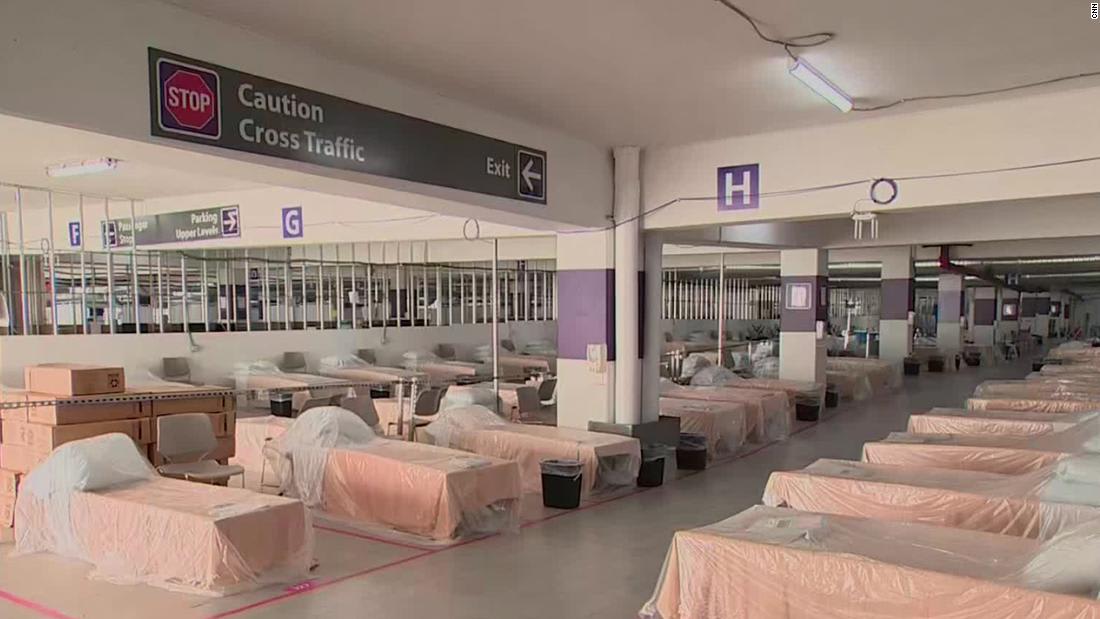 Germany's coronavirus situation remains ''very tense,'' the head of the country's infectious disease agency said Thursday, adding that infections are “rising and that is worrying.''

Lothar Wieler, president of the Robert Koch Institute (RKI), told journalists “we need people to reduce contacts by more than 60%" or “other measures” will have to be considered.

He warned that after plateauing for a few weeks, infections could again spill over into exponential growth.

Worrying figures: Germany on Thursday reported a daily record of 23,769 new Covid-19 infections within the past 24 hours. It reported 440 coronavirus-related deaths, a day after hitting a record 590 daily fatalities.

Wieler said that some regions were containing the virus better than others, which showed that ''these measures are working” if implemented correctly.

The head of RKI's surveillance unit, Ute Rexroth, warned: ''It is very likely that we will see rising numbers of infections and deaths in the coming weeks."

''We are seeing double the amount of infection numbers in care homes than in spring this year," he added.

In an unusually impassioned speech, Merkel asked the public to limit their social contact or risk losing more lives.

"If we have too many contacts now before Christmas, and that ends up making it the last Christmas with the grandparents, then we will have failed. We should not do that,” she told lawmakers in parliament.

Merkel warned that nationwide restrictions brought in on November 2 had not proven effective enough, with too many people dying of Covid-19 or admitted to intensive care.

She called for a full lockdown to be implemented for several days -- possibly for as long as two weeks -- after Christmas in order to bring down infection rates.

Hackers targeting the European medical regulator “unlawfully accessed” documents related to the Pfizer and BioNTech vaccine submission, the companies said in a statement.

The US drug giant and German firm said their own systems -- including personal data of participants -- had not been breached.

“We were informed by the European Medicines Agency (EMA) that the agency has been subject to a cyber attack and that some documents relating to the regulatory submission for Pfizer and BioNTech’s COVID-19 vaccine candidate, BNT162b2, which has been stored on an EMA server, had been unlawfully accessed,” a statement from BioNTech said Wednesday.

The company stressed that no BioNTech or Pfizer systems had been breached and they were “unaware that any study participants have been identified through the data being accessed.”

“At this time, we await further information about EMA’s investigation and will respond appropriately and in accordance with EU law,” the statement said.

“EMA has assured us that the cyber attack will have no impact on the timeline for its review,” it added.

The EMA on Wednesday said it had launched a full investigation into the cyberattack and was in “close cooperation” with law enforcement officials and other relevant entities.

Neither the BioNTech nor EMA statement gave any further details on how the cyberattack took place or who was responsible.

A green light for a Covid-19 vaccine could come any day now in the US, but leading health experts warn the nation is only at the start of a winter that's projected to be one of the most difficult in the nation's history.

December has already proved devastating. Wednesday recorded more than 3,100 Covid-19 deaths -- the highest daily death toll ever since the pandemic's start, beating a record set just days ago. There are now more than 106,600 Covid-19 patients nationwide, the most ever, according to the COVID Tracking Project. And the country's average of daily new cases is now more than 200,000 -- and that's as experts are soon expecting another surge to kick off, one fueled by the Thanksgiving travel and gatherings that took place last month.

Covid-19 vaccines are a "really significant light at the end of the tunnel," Sebelius said, but in the coming months it's crucial that Americans stay vigilant and follow safety guidelines, like wearing face masks, social distancing and staying away from indoor gatherings.

"We've got to take what we've learned in the last eight months and really put it into practice, so we don't continue to have this unthinkable death toll and disease toll," she said.

Her warning has in the past week been echoed by other leading health officials and experts who warn that while a vaccine may be almost here, the country will likely not see any meaningful impact until well into 2021 -- and that's if enough people get vaccinated. 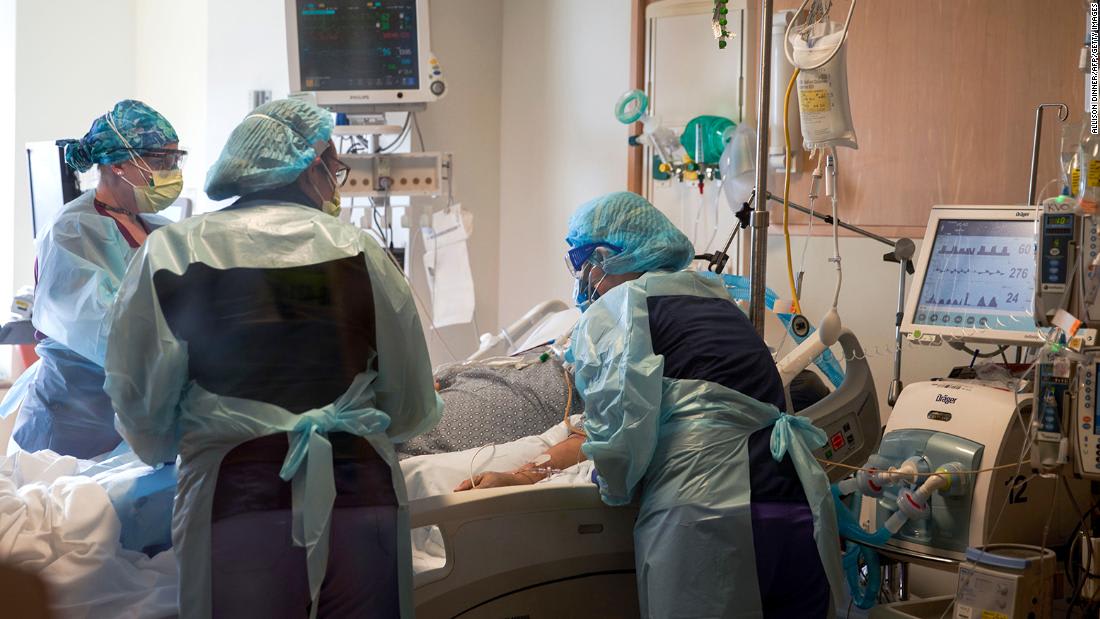 A vaccine could soon get the green light, but Americans need to stay vigilant to avoid 'unthinkable death toll,' expert says

Americans could get the first real glimmer of hope that there will be an end to the pandemic that has upended their lives Thursday, when a key advisory panel takes a vote that could clear the way for the US Food and Drug Administration to greenlight a Covid-19 vaccine within days.

The FDA advisory panel will meet Thursday to discuss whether the agency should authorize emergency use of the Pfizer and BioNTech vaccine at a dark moment in the pandemic, when the US recorded the highest single day tally of more than 3,000 deaths -- and some communities continue to resist precautionary measures like mask mandates as a vocal few falsely claim that the pandemic does not exist.

These times cry out for leadership from the White House. Instead, President Donald Trump is pursuing a new round in his quixotic bid to overturn the November election by attempting to intervene in a lawsuit filed with the Supreme Court.

The contentious transition he has forced with President-elect Joe Biden's team has magnified the giant hurdles that loom for government officials as they try to ensure the smooth delivery of millions of vaccine doses within the 50 states, as they try to ensure smooth delivery of millions of vaccines doses to states and cities with different ideas about the best way to administer them.

With the reality of shots in arms coming ever closer, the crucial question is whether Trump and his administration are equipping the incoming Biden administration with the knowledge and tools they need to carry out an unprecedented vaccination operation as Trump's White House grudgingly passes the baton. 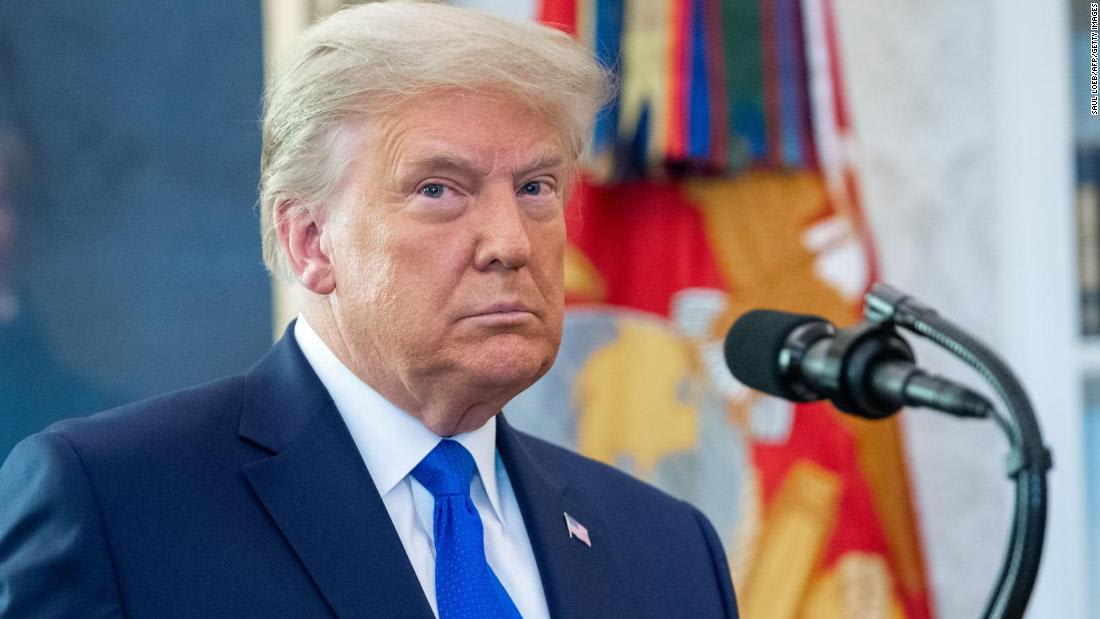 Analysis: Vaccine meeting offers glimmer of hope for the future while Trump harps on the past

The day before, the country reported its highest number of Coivid-19 deaths in a single day, with 590 fatalities reported Wednesday.

At least 20,372 people have died of Covid-19 in Germany, the public health agency's data showed.

Germany is struggling to contain a surge in new coronavirus infections. Speaking in the German parliament Wednesday, Chancellor Angela Merkel warned that nationwide restrictions brought in on Nov. 2 had not proven effective enough, with too many people now dead or in intensive care units with Covid-19.

Merkel urged federal state leaders to start the Christmas holidays sooner, on Dec. 16 rather than Dec. 19, to help people limit contact with others and allow them to isolate for longer before seeing older relatives.

The United States reported 3,124 coronavirus-related deaths Wednesday, the highest single-day total of the pandemic, according to Johns Hopkins University.

That brings the total number of Covid-19 fatalities recorded in the country to at least 289,373.

Japan added 2,810 new coronavirus cases in the past 24 hours -- a record-high since the outbreak began, according to figures from the country's Health Ministry on Thursday.

That brings Japan's total number of reported cases to 169,285.

The ministry also added 45 fatalities from Wednesday, bringing the death toll to 2,478.

The number of people in intensive care continues to rise in the country, with 555 people on respirators as of Wednesday, up 19 from the previous day.

The capital Tokyo reported 572 new cases on Wednesday, its second highest daily increase since the start of the pandemic. Tokyo's total number of reported infections now stands at 44,927.

Call for travel scheme pause: On Wednesday, Shigeru Omi, the head of the government’s panel on virus countermeasures, said the domestic "Go To Travel" subsidy program should be suspended in areas of the country that have seen a rapid spread of infections.

"It is better to suspend it under the current situation of virus infections. The government should restart it after the number of infections drops to gain public understanding and help the economy," Omi said at the subcommittee of the lower house.