The orders will impact restaurants -- which are limited to carry-out and delivery orders only -- bars, gyms, theaters, casinos and other places of "public accommodation," and will remain in place until April 30.

"By extending these Executive Orders, we ensure that our state continues to do all it can to suppress the spread of COVID-19 by limiting in-person interactions and services as much as possible right now, while also ensuring that vital goods and supplies get to the people who need them most as quickly and safely as possible," Whitmer said in a statement.

Whitmer's office also announced an executive order tasking the Michigan Liquor Control Commission with initiating a spirits buy-back program, in the hopes it would offer financial relief to bars and restaurants.

“Michigan’s 8,500 on-premises liquor licensees continue to make unprecedented sacrifices to help slow the spread of COVID-19 across our state,” she said. “This buy-back program will help our bars and restaurants critical to Michigan’s economy weather the storm through this challenging time in our history.”

The New York Fire Department has reported no new cases of Covid-19 today -- the first time that's happened since the pandemic hit the city, according to spokesman Jim Long.

New York City has been one of the hardest-hit places in the United States. More than 100,000 people have been infected there, according to a tally by Johns Hopkins University, and at least 7,349 people have died.

FDNY Commissioner Daniel Nigro said during an interview with television station NY1 that about 650 members of the department have Covid-19 right now. That number doesn't include people that have gone back to work who previously tested positive for the virus.

“Some of our members have been sick with the virus themselves and got well and have come back to work to serve the city, serve the people of the city. I’m really incredibly proud of them,” Nigro said.
“More people right now have gone back to work each day than go out sick."

It's just after lunchtime at a central Seoul market and a crowd in hot pink jackets is gathering.

Pink is the color of the country's main opposition party, the conservative United Future Party, and this crowd of supporters is staging a legal campaign rally ahead of Wednesday's election of 300 members of the National Assembly.

Large public gatherings are a jarring sight during a pandemic.

But South Korea has never postponed an election -- and the coronavirus is not stopping this one.

Like many democracies around the world, South Korea has been faced with a predicament: how to hold an election during a pandemic without spreading the virus.

At least 47 countries have postponed elections due to the coronavirus outbreak, including Sri Lanka, the United Kingdom, France and Ethiopia. Others, like the United States and New Zealand, are still deciding whether to proceed with their scheduled votes.

Read more about the challenges of holding an election during a global pandemic here: 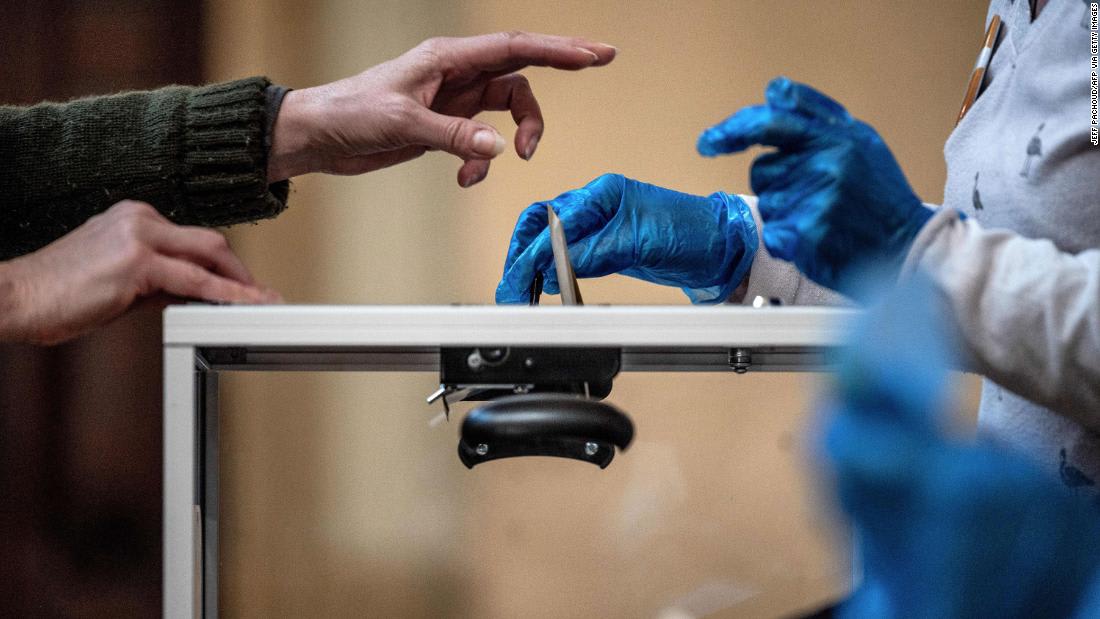 How to hold an election during a pandemic

At least 581,679 patients have been infected by the coronavirus in the United States, according to Johns Hopkins University's tally of Covid-19 cases.

The death toll in the country stands at 23,604, Johns Hopkins reported.

The numbers includes cases from all 50 states, the District of Columbia, US territories and repatriated cases from abroad. 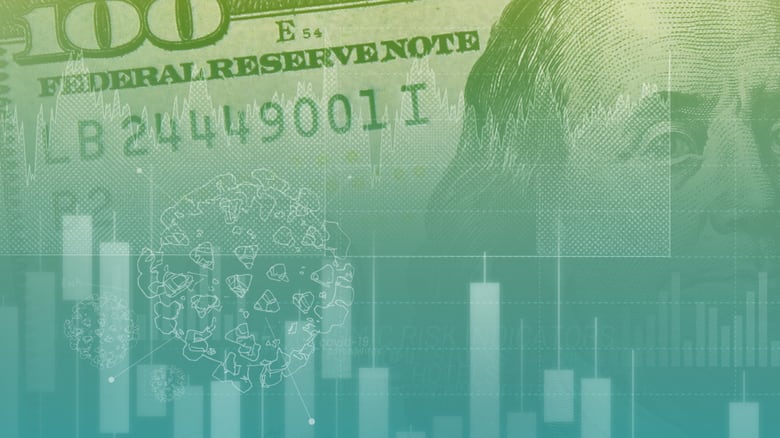 Malaysia will run out of personal protective equipment for frontline medical workers in two weeks unless it can purchase more or receives donations, said Dr. Noor Hisham Abdullah, the director-general of the country's health ministry.

Abdullah said that the country is using two to 10 times more PPE than usual and asked that nongovernmental organizations donate equipment, according to the country's state-run Bernama News Agency. He said the country has enough ventilators.

“What is important is that we have to continue to procure the PPE. So far, we have enough to last for at least another two weeks,” he said.

It's the largest single-day increase since the outbreak began in the country, according to the Ministry of Health.

This brings the country's total to 2,918, with all the new cases identified as locally transmitted cases, the ministry said.

Among the new cases, 280 have been linked to known clusters, of which the vast majority are foreign workers residing in dormitories. Twelve others are linked to existing cases, while 94 are pending contact tracing.

Meanwhile, a 65-year-old man died of complications resulting from coronavirus on Monday, bringing the national death toll to nine.

President Donald Trump lashed out at criticism of his handling of the coronavirus crisis during a grievance-fueled appearance from the White House.

The appearance only affirmed the impression that some of Trump's chief concerns amid the global public health disaster are how his performance is viewed in the media and whether he's being fairly judged.

He clearly did not believe that was the case Monday. He stepped to the podium armed with a video meant to frame his response in a positive light after his initial handling of the crisis has come under increasing scrutiny.

After it aired, Trump grew increasingly irate as reporters probed the time line of his response, claiming the criticism wasn't fair and that he'd handled the outbreak effectively.

"Everything we did was right," Trump insisted after an extended tirade against negative coverage.

Pressed later about his authority to reopen parts of the country, Trump delivered an eyebrow-raising statement asserting absolute control over the country.

"When somebody is president of the United States, your authority is total," he said.

He later added he would issue reports backing up his claim, which legal experts say isn't supported by the Constitution. 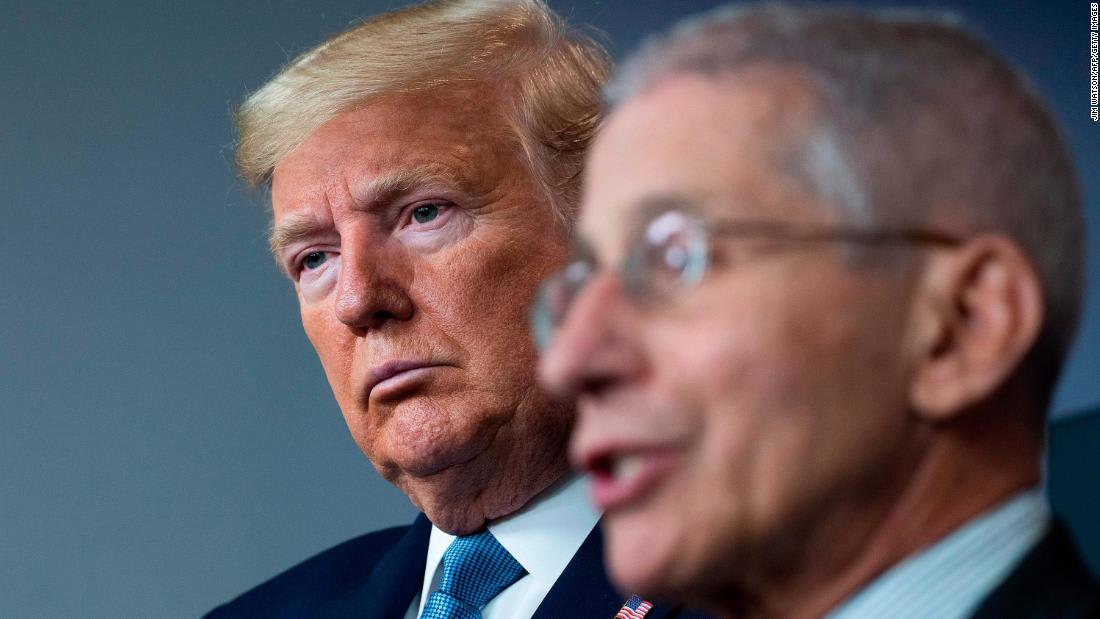 President Donald Trump said he will ask for a “major delay” to the 2020 Census to make sure it is completed safely and accurately.

“During this difficult time we’re also working to ensure that the 2020 Census is completed safely and accurately. We may be asking for an extension because obviously they can't be doing very much right now. They wouldn't even be allowed to do it. So the Census, we are going to be asking for a delay, a major delay,” Trump said.

Trump said that the Census Bureau will ask Congress for a 120 day extension -- an extension he feels is not long enough.

“In addition as millions of Americans continue to complete their questionnaire online, the Census Bureau asked Congress for a 120 day extension. I don't know if you even have to ask them. This is called an act of God. This is called a situation that has to be -- they have to give it and I think 120 days isn't nearly enough,” Trump said.

Why the Census Bureau is asking for an extension: The late revisions to the census data collection timeline means officials need more time to compile the data that is used to apportion members of Congress among the states, as well as the data that states use to draw congressional districts.

Federal law requires some of that data be compiled before the end of this year, so being granted the extension would allow the final counts to be delivered to the President in April and July of 2021.

Responding to criticism of his administration's response to the coronavirus, President Donald Trump touted his decision to limit travel from areas which had more coronavirus cases than the US at the time.

Trump told reporters Monday, "I did a ban on China, you think that was easy? Then I did a ban on Europe and many said it was an incredible thing to do."

Asked later about whether he’d be willing to lift travel restrictions as part of opening up the country, Trump added, “Right now we have a very strong ban. We will keep it that way until they heal.”

Facts First: It's misleading to call the travel restrictions Trump announced against China and Europe a ban because they contained multiple exemptions. Only foreign nationals who had been in China, Europe's Schengen area, the UK or Ireland within the past 14 days are outright banned from entering the US.

As of February 2, US citizens who had been in China's Hubei province in the two weeks prior to their return to the United States are subject to a mandatory quarantine of up to 14 days upon their return to the US. American citizens returning from the rest of mainland China may also face up to 14 days of quarantine after undergoing health screenings at selected ports of entry.

The broader European travel suspension Trump announced on March 11 applied to the 26 countries in the Schengen area, a European zone in which people can move freely across internal borders without being subjected to border checks. While Trump initially identified the United Kingdom as exempt, additional countries that are not in the Schengen area and thus also exempt from the restrictions include Ireland, Croatia, Cyprus, Bulgaria, Romania, Ukraine, Serbia, Armenia, Montenegro, Belarus and Russia. As of March 14, the ban was expanded to include foreign nationals traveling from the UK and Ireland.

The restrictions also did not apply to US citizens returning from Europe as well as permanent US residents and certain family members of both citizens and permanent residents. 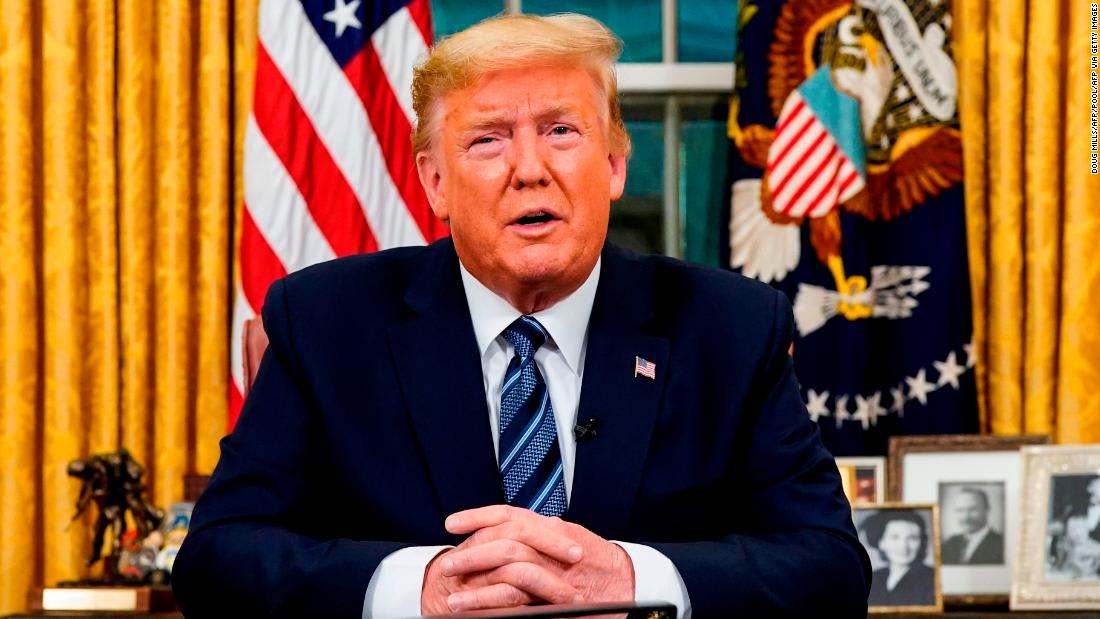