Alaska Gov. Mike Dunleavy announced Wednesday that residents will be allowed to have non-urgent doctor’s appointments again beginning on April 20 as the state makes its first step toward rolling back coronavirus restrictions.

Procedures that will be allowed include regular checkups, chiropractic procedures and physical therapy.

Patients will have to be prescreened before going to the practitioner’s office to make sure they are not experiencing Covid-19 symptoms. The order also says that most elective medical procedures will be allowed under the same provisions starting two weeks later, on May 4.

Alaska has reported at least 293 confirmed coronavirus cases, and nine deaths, according to Johns Hopkins University.

Minnesota should increase testing for Covid-19 before it considers reopening and allowing everyone to return to work, Gov. Tim Walz said at a news conference on Wednesday.

“I want to have the testing be at a pace that over the next 12 months to 18 months or whatever it takes to get a vaccine, we’re able to stay on top of this.
"Basically, this is a wildfire that's going to have some hot embers burning and when those start to flare up again, we’re going to have the fire department there to put them out immediately. And that’s what testing does.”

Walz lamented the lack of testing on a national scale, but said he thought Minnesota had an opportunity for more antibody testing. There should be no rush to send everyone back to work, he said.

Minnesota has reported at least 1,809 confirmed coronavirus cases, including 87 deaths, according to Johns Hopkins University.

French President Emmanuel Macron said he has backing for a world truce during the coronavirus pandemic and is hopeful he can secure Russian President Vladimir Putin's support.

Speaking on French radio, Macron said he had secured the agreement of several of the five permanent members of the United Nations Security Council to back a call by the UN Secretary-General Antonio Guterres for a global ceasefire.

In a wide-ranging interview with RFI on Tuesday evening, Macron said that China, the US and the UK were on board and he was optimistic about Russia.

Macron did not provide more details about his conversations with those world leaders.

What other world leaders are saying: CNN has contacted the Chinese mission to the UN and the US State Department for comment.

Putin's spokesman Dmitry Peskov said Wednesday: "Most likely, work is underway -- at the expert level, our diplomats are working on this before we can join it. As soon as this work is completed and (passes) approval with other partners, relevant statements will be made."

The UK signed up to the plan two weeks ago in response to the call from Guterres.

"The UK supports the UN secretary-general's call for a global ceasefire; the UN's ability to deliver humanitarian aid is a priority," a spokesman for the UK's Foreign and Commonwealth Office told CNN. 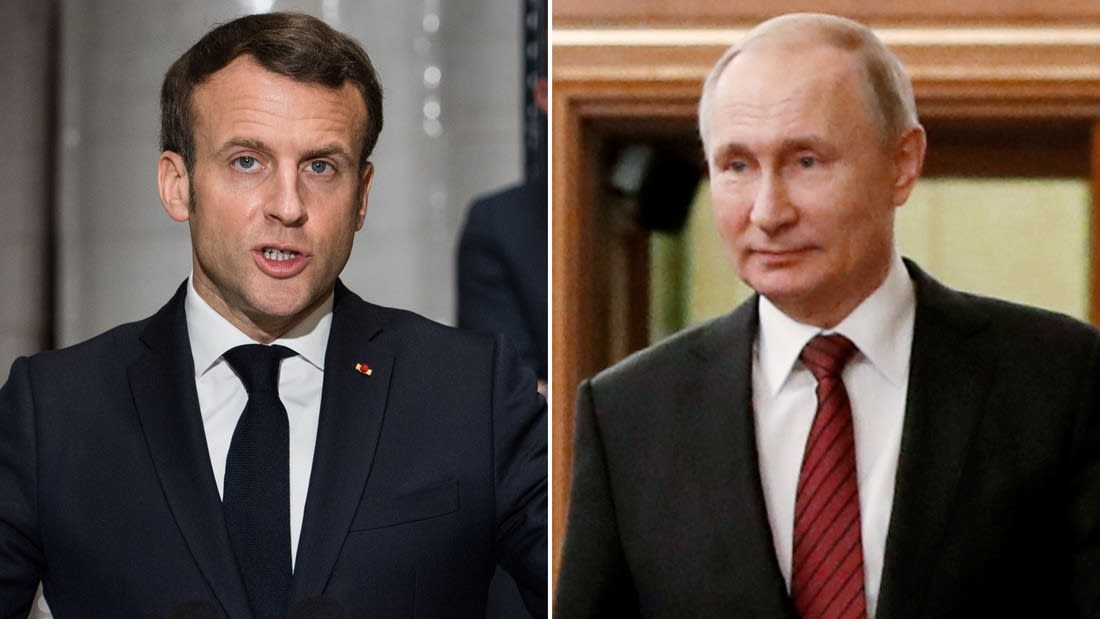 Los Angeles Mayor Eric Garcetti told CNN’s Wolf Blitzer that it will be difficult to see large gatherings or sporting events until next year.

During a news conference Wednesday, Garcetti was asked if it would be possible to see athletes play without an audience.

“I think that's probably something that we will see before we see stadiums full," he replied.

He said it’s going to be difficult to imagine going back to large gatherings this year -- and we don’t know when those things will return.

We do know that the more we do now, the sooner it’ll come, he added, as he urged residents to continue practicing physical distancing.

“Right now, there are no small gatherings and getting back to medium and large gatherings will take time,” he said.

Brian Allen, a center for the Los Angeles Rams, has tested positive for the coronavirus, a Rams spokesman told CNN on Wednesday.

This news was first reported by Jay Glazer of FOX Sports.

At least 638,111 cases of coronavirus have been reported in the United States, including at least 30,844 deaths, according to Johns Hopkins University's tally.

On Wednesday, Johns Hopkins recorded 28,871 new cases and 4,811 reported deaths in the US.

Johns Hopkins University tells CNN they are working on the “probable deaths” presently. The 4,811 deaths noted above are likely to include the probable deaths and therefore the number is likely inflated.

Check out CNN’s map which uses JHU data and refreshes every 15 mins.

Ermando Piveta was discharged from the Armed Forces Hospital in Brasilia on Tuesday, after receiving treatment for eight days.

Piveta is the oldest person to have overcome the virus in the Brazil, according to the Ministry of Defense.

Piveta arrived at the hospital on April 6, after he showed symptoms of the virus and later tested positive for Covid-19.

Doctors had been monitoring him from home since March 23.

“The diagnosis was already serious due to his age. But surprisingly, his condition improved as well as his recovery. These cases give us courage to continue in this fight,” said the infectious disease doctor who accompanied Piveta, frigate captain Hemerson Cruz.

Medics said goodbye to Piveta with a round of applause as he left the hospital.

Top Republican lawmakers confirmed Wednesday that the Missouri Legislature will resume its legislative session, with lawmakers coming back to work on April 27, despite Democratic concerns that the move could be unsafe and spread infection.

Lawmakers will travel to Jefferson City, the state capital, just three days after the state’s current stay-at-home order is set to expire.

“The decision to move forward on April 27 was not an easy one, however it is absolutely critical for the people of Missouri that we keep the state government funded and services operating without interruption,” a statement tweeted Wednesday by state House Speaker Elijah Haahr read.

As of Wednesday night, more than 150 Missourians had died from Covid-19 since the outbreak began.

On Tuesday, Missouri Gov. Mike Parson gave conditional support to the effort. "I think as long as they abide by the rules, be careful on the safety issues on the social distancing, I think it would be fine for them to come back and go to work," he said at a news conference.

It won’t just be lawmakers and skeleton staff inside the Capitol -- the legislature will allow the public to attend committee hearings and legislative procedures, the statement said, encouraging people to follow social distancing guidelines when they do.

Rowden said the body will take additional measures like temperature checks, screening questions and routing lobbyists and members of the public into certain areas where they won’t cross paths with members.

The United States Soccer Development Academy has been shut down due to the coronavirus, US Soccer announced on Wednesday.

“This was an incredibly difficult decision to make, but the extraordinary and unanticipated circumstances around the Covid-19 pandemic have resulted in a financial situation that does not allow for the continuation of the Development Academy program into the future,” US Soccer said in a statement.

“We know that suddenly discontinuing a program that has been with U.S. Soccer for many years is shocking, but these unprecedented times required acting now.”