Nearly a dozen African American pastors from Philadelphia to Los Angeles issued a "moral appeal" to the Trump administration over the "alarming number of deaths" in black communities from Covid-19.

Testing, treatment, and protective gear must be equally distributed and readily available to black and poor communities, and to essential wage workers, healthcare workers, prisons, and shelters, the pastors said at a virtual news conference Wednesday.

"Black and brown people are being tested the least but dying the most," said Rev. Dr. Frederick Douglass Haynes III, a pastor in Dallas. "We appeal to federal and state leadership to prioritize healing humanity over restarting the economy."

Rev. Traci Blackmon, who pastors a church in St. Louis, became emotional as she spoke about the suffering she is seeing among her congregants.

"I pastor a small congregation where approximately 80 people gather on a Sunday, and out of those 80, five of those have tested positive for Covid-19. I have two funerals to do this week of people who died," Blackmon said.

Three of those five had to go to the hospital three times before they were given a test, Blackmon said. 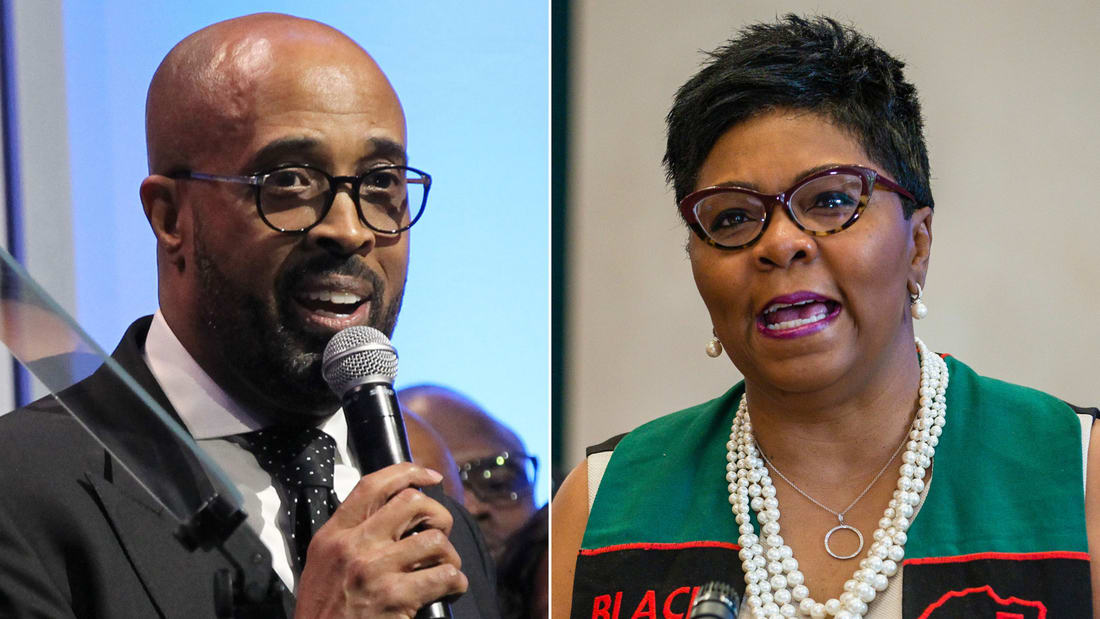 Singapore recorded 447 new coronavirus cases on Wednesday -- the largest single-day increase since the outbreak began in the country, the Ministry of Health said in a statement.

The new cases bring the country’s total number of reported cases to 3,699.

Among the new cases, 404 have been linked to known clusters, of which the vast majority are foreign workers residing in dormitories, the ministry said.

In the same news statement, the ministry said the average number of new daily cases has increased significantly "from 48 cases per day last week, to 260 cases per day in the past week."

Last week, Singapore announced it would move foreign workers into alternative living arrangements such as military camps and vacant government apartments amid a spike in cases.

That brings the country's total number of reported infections to 9,294, including 712 from the Diamond Princess cruise ship.

The total death toll is 148, including 12 from the cruise ship.

The background: Much of Japan entered a state of emergency last week, after initially appearing to have the outbreak under control.

Prime Minister Shinzo Abe has faced criticism for not activating emergency measures earlier, as experts warned the true number of cases could be far higher than the official statistics suggest, due to a lack of widespread testing.

Abe has also been accused of being tone-deaf after he posted a video of himself relaxing at home as people across the country struggle to work from home.

South Korea has reported another 22 new coronavirus cases, according to the South Korean Centers for Disease Control and Prevention (KCDC).

An election during an outbreak: Despite the pandemic, the country held a parliamentary election yesterday for the 300 seats in the National Assembly.

The vote saw a 66.2% turnout -- the highest for a parliamentary election since 1992, which had a 71.9% turnout. More than a quarter of the country's 44 million voters cast their ballot early -- a record proportion of early voters.

That would be the biggest win by any party since the current democratic constitution was established in 1987. Prior to the election, Moon's response to the coronavirus crisis boosted his approval rating, according to Gallup Korea surveys.

Polamma carefully descends the 250 steps from the hilltop slum where she lives in southern India to walk one kilometer to the nearest grocery store.

She is nine months pregnant and has four children to feed, but at the bottom of the steps community leaders of a dominant caste force her to go back empty-handed.

Since India went into lockdown to stop the spread of coronavirus on March 25, 57 families who live in Polamma's hilltop village in Vijayawada, Andhra Pradesh, have been barred from going down the hill, even to purchase essentials such as food and medicine.

The families are part of the Yanadi community, who work mainly as waste pickers and drain cleaners and who -- even before the coronavirus -- were segregated because of their caste.

"We've been locked up here, like prisoners -- we live near a milk factory, and there is not a drop of milk for my children to drink. We are called dirty and they say we spread the disease," said Polamma, who only goes by one name.

The background: India's caste system was officially abolished in 1950, but the 2,000-year-old social hierarchy imposed on people by birth still exists in many aspects of life. The caste system categorizes Hindus at birth, defining their place in society, what jobs they can do and who they can marry.

Those at the bottom of the hierarchy, who fall outside the four main categories of Brahmins (priests and teachers), Kshatriyas (warriors and rulers), Vaishyas (traders and merchants) and the Shudras (laborers), are considered "untouchables" or Dalits.

Millions of people, about 25% of India's population of 1.3 billion people, are grouped under the scheduled castes (Dalits) and scheduled tribes (Adivasis) in India's constitution. Adivasis are indigenous Indians who have been socially and economically marginalized for centuries.

Both groups have long endured social isolation, but it's feared the rapid spread of the coronavirus and measures to stop it have worsened their segregation. 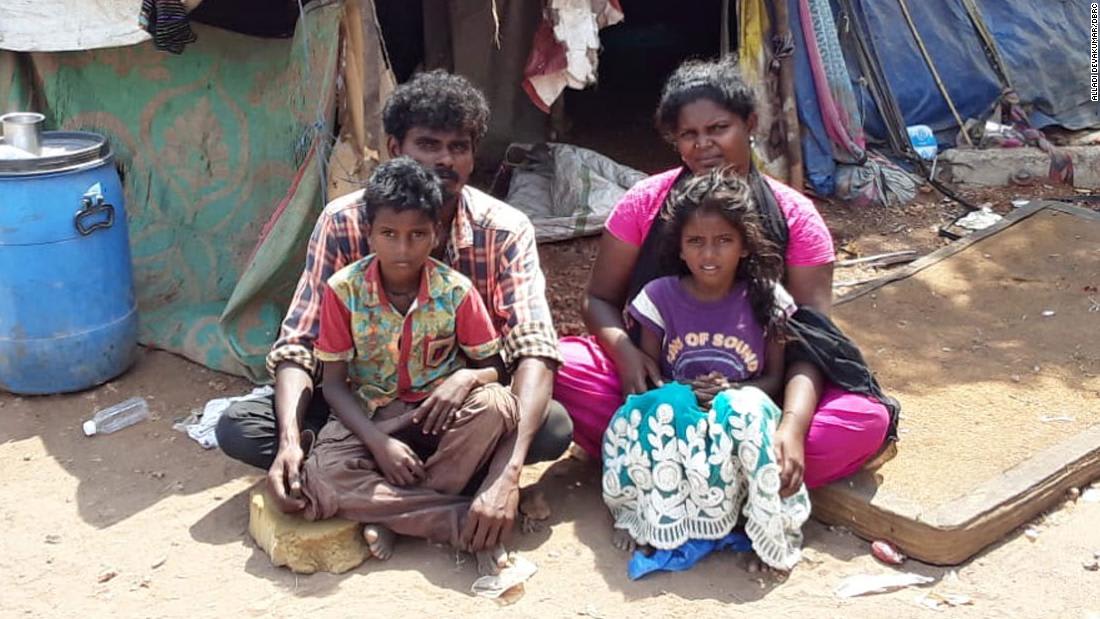 Under India's caste system Dalits are considered untouchable. The coronavirus is intensifying that slur

If you're just joining us, here are the latest developments in the global fight against the coronavirus pandemic.

A total of 644 cases of Covid-19 are related to a Smithfield Foods plant, South Dakota Gov. Kristi Noem acknowledged at a public broadcasting town hall on Wednesday.

Noem echoed state public health officials, acknowledging that 518 employees of the plant are confirmed to have Covid-19, while an additional 126 people have been identified as cases stemming from close contact with employees.

At a news conference earlier in the day, Noem said she is "working on a plan to safely reopen the plant and get it back online.”

The state has reported at least 1,168 confirmed cases of coronavirus, according to Johns Hopkins University.

At least 42 workers have tested positive for coronavirus at a construction site in Waynesboro, Georgia, a spokesman for Georgia Power told CNN.

The company is awaiting test results for 57 workers.

The site is constructing the Plant Vogtle Units 3&4, which will be the first new nuclear units built in the United States in the past three decades, according to Georgia Power’s website.

The Vogtle site will produce enough electricity to power 1 million Georgia homes and businesses once completed.

Georgia has reported at least 14,987 coronavirus cases, including 552 death, according to Johns Hopkins University.

A total of 12,380 coronavirus cases have been confirmed in India, including 414 deaths, as of Thursday morning, local time.

The total includes 1,489 people who have been discharged or recovered.

In the past 24 hours, 941 new cases of Covid-19 have been reported. Another 37 deaths were also reported.

As of Wednesday night, a total of 274,599 samples have been tested.