At least 671,425 cases of coronavirus have been recorded in the United States, including 33,286 deaths, according to Johns Hopkins University's tally of cases.

Cathay Pacific Airways is laying off hundreds of cabin crew in the United States, as demand collapses because of the coronavirus pandemic.

The Hong Kong carrier said Friday that it is shutting down cabin crew bases in New York, San Francisco and Los Angeles, effectively laying off 286 staff.

“As a result of the Covid-19 pandemic which has virtually halted global travel, Cathay Pacific has made the difficult decision to close its US cabin crew bases,” the company said in a statement.

Like all global airlines, Cathay has been hard hit by restrictions and travel bans issued by various countries in an effort to curb the transmission of Covid-19. The measures have led to a collapse in demand for air travel.

Cathay said in an email to customers on Thursday that it has reduced passenger capacity by 97% across its network for the month of April.

Pandemic forces airline industry into crisis: On Tuesday, the International Air Transport Association said that it now expects worldwide losses due to the coronavirus to top $314 billion, higher than the $252 billion in losses it had forecast just weeks earlier. The aviation group said travel worldwide has plummeted by 80%, much deeper than its earlier predictions.

Among the new cases, 11 were identified from the country's airport screening process, while the rest came from North Gyeongsang province, Seoul and other areas.

South Korea has now recorded a total of 10,635 cases and 230 deaths, according to the KCDC.

The difficulties of isolation and working from home are most acutely felt by those in small apartments and other confined spaces. This may especially be the case in densely populated cities like New York and London -- and is almost a given in places like Hong Kong and Tokyo, where space comes at an eye-watering premium.

US-born designer and author Azby Brown, who has lived in Japan since 1985 and founded the KIT Future Design Institute in Tokyo, has some tips on adapting.

Change up your windows: "Pay attention to your windows. Just change them up. The novelty will be mentally and emotionally helpful. Put some decorations around them, just something to liven them up so you don't feel that you're stuck," she said.

Getting away from work: "Put your work away when it's time to eat. Maybe you can get a side storage unit on wheels where you can just put that stuff in and roll it out of sight for a while."

Best way to deal with privacy while on a conference call: "Find a way to decorate a little corner somewhere. Maybe you get a stand to put your laptop on and put a better microphone there. Create a little communications nook, and that's your window to the outside world.

Preventing distractions while working: "If you really want privacy, it is psychologically important to have a "do not disturb" signal. In a house that's very compact, it could simply be facing your chair the other way and telling others that if you're facing that way, you're working." 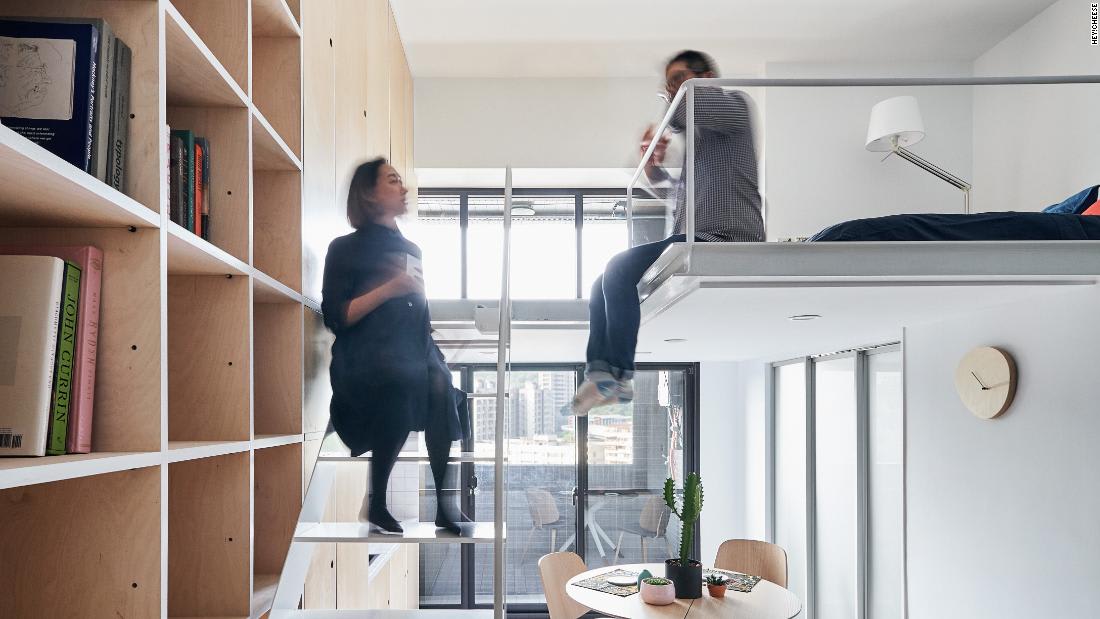 More with less: How to adapt small spaces for lockdown

A pizza delivery boy -- who had delivered food to 72 families over the past 20 days -- tested positive for coronavirus on Monday night in the Indian capital, New Delhi, according to a senior official with the Delhi administration.

Some 16 other delivery boys who worked with the infected employee have been placed in government quarantine and all other employees of the restaurant are being tested, said B N Mishra, district magistrate of South Delhi.

No one else in the company has tested positive so far, Mishra said.

"He had been displaying symptoms since March 20 before he tested positive for the virus. We have traced and contacted all families he had been in contact with and the restaurant has been closed and disinfected," Mishra told CNN.

Zomato, a widely used food delivery application in India, said in a statement on Wednesday that "some of the orders delivered by the restaurant staff were placed on Zomato. We are not sure whether the rider was infected at the time of delivery".

"This restaurant has instructed their riders to wear masks, and follow strict hygiene to keep customers safe from any unintended mishap," the statement added.

At least 20 coronavirus hot spots have been declared in New Delhi. Within these zones, only essential services are allowed to operate and no movement in and out of the locality is permitted.

At the beginning of the year, parts of East Asia were a somewhat scary place to be as the coronavirus rapidly spread across mainland China and its neighbors.

But now East Asian governments have reported a steady drop in new cases and are gradually beginning to relax lockdown measures. As the situation has grown increasingly dire in the West, Asia now feels like one of the safest places in the world.

But the West didn't have to go through the same cycles as Asia, where governments and public health systems had little warning of the virus. Anger is growing in many countries over governments' failure to respond when the situation was clear.

Someone else's problem: While authorities were taken unaware by how quickly and widely the virus spread itself, multiple experts agreed there was also a general sense of complacency among governments in the West that the outbreak was a China -- or an Asian -- problem, and would not necessarily behave the same way inside their borders.

Failure to act: For all the blame laid at China's door for its failure to act early in the pandemic, officials there did not know what they were dealing with. By comparison, officials in Europe and the US knew what they were facing once the outbreak reached their borders, but were often slow to react, wasting time as the virus spread through Asia and ignoring lessons learned by other countries.

The last war: From the get-go, the current pandemic was seen as a rerun of severe acute respiratory syndrome (SARS), from its emergence in China, to that government's apparent attempt at a coverup, to how it spread through Asia. In East Asia, which was badly affected by the 2003 outbreak, it put governments and the public on greater guard, with people faster to wear face masks and exercise social distancing.

But while SARS may have led to faster action in one part of the world, the 2003 outbreak may have led officials elsewhere to take the opposite approach. 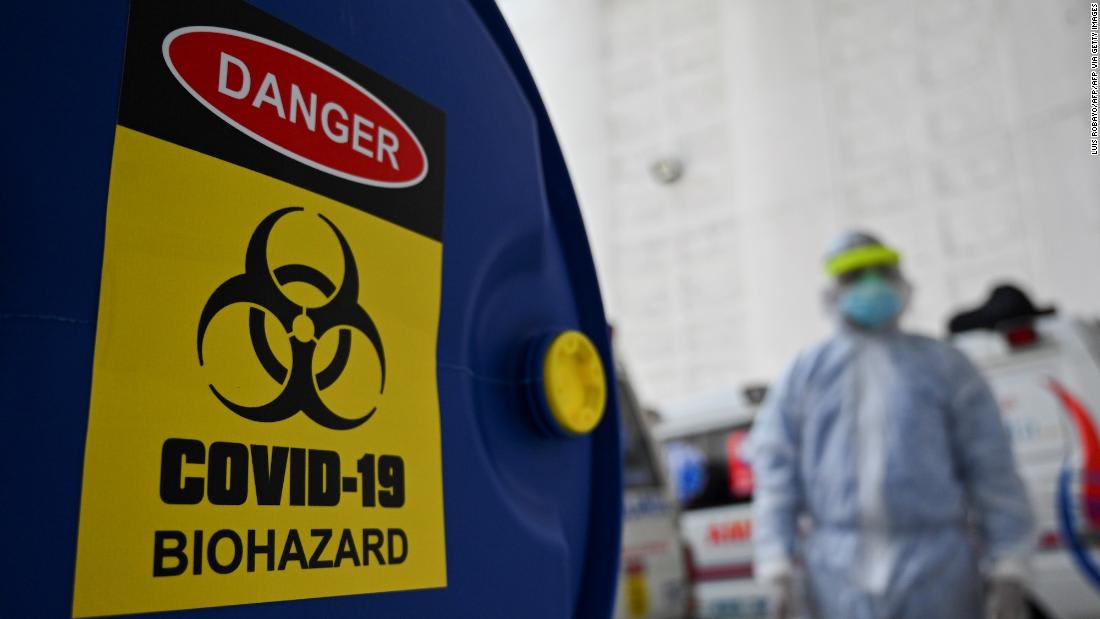 Asia gave the west warning and time to prepare for coronavirus, why wasn't it used?

The new death toll for Wuhan as of end of day Thursday is 3,869, the city government said.

Wuhan also revised the confirmed number of coronavirus cases by increasing its total number by 325, bringing the total to 50,333 cases.

Officials said they revised the figures to show “accountability to history, to the people and the victims,” as well as to ensure “open and transparent disclosure of information and data accuracy” -- and the new data is the result of extensive work involving numerous government agencies and institutions.

Official said the reasons for the discrepancies are:

China has faced increased scrutiny this week by the United States to be transparent in its reporting on the coronavirus pandemic.

This post was updated to focus on the Wuhan death toll.

At least 44 migrants who were deported from the United States to Guatemala tested positive for Covid-19, two Guatemalan government sources told CNN on Thursday.

The migrants were returned to Central America on a Monday flight from Brownsville, Texas, the sources said.

Covid-19 tests “would be carried out again on the cases that tested positive and also on the people who tested negative” in both countries, he said.

“The health and welfare of detainees in ICE custody is of the highest priority to the agency. ICE closely follows CDC guidance as a standard practice and particularly in response to the changing dynamic of this global pandemic. Currently, CDC is on the ground in Guatemala to review and validate the COVID-19 tests performed on those arriving from ICE Air flights. Once results are available, ICE will determine whether to re-evaluate current medical procedures with CDC guidance to ensure that any newly necessary practices are implemented.”

Joaquín Samayoa, a spokesman for Guatemala’s foreign affairs ministry, told a WhatsApp media group Thursday that flights will be suspended between Guatemala and the US until further notice. He said the decision was agreed upon by both countries.

The total number of infections recorded across the country now stands at 9,879, of which 712 were linked to the Diamond Princess cruise ship.