At least 160,606 new Covid-19 cases and 2,051 related deaths were reported in the United States on Friday, according to Johns Hopkins University's tally.

The World Health Organization (WHO) has approved the Pfizer/BioNTech vaccine for emergency use, paving the way for lower and middle-income countries to start immunizing their populations against Covid-19.

The vaccine was first approved in the UK on December 8 for emergency use within the country, with the US, Canada and European Union following soon after. All have begun their own vaccination drives.

But the WHO green means countries without their own regulatory bodies, or the means to rigorously assess the efficacy and safety of vaccines, can expedite their own approval processes and begin rolling out vaccination programs.

There have been concerns about unequal distribution of vaccines as wealthier countries have bought or signed contracts to purchase large amounts of the doses available or those waiting for approval.

In a statement Thursday, WHO said groups like UNICEF and the Pan-American Health Organization could now procure the vaccine for distribution to countries in need. 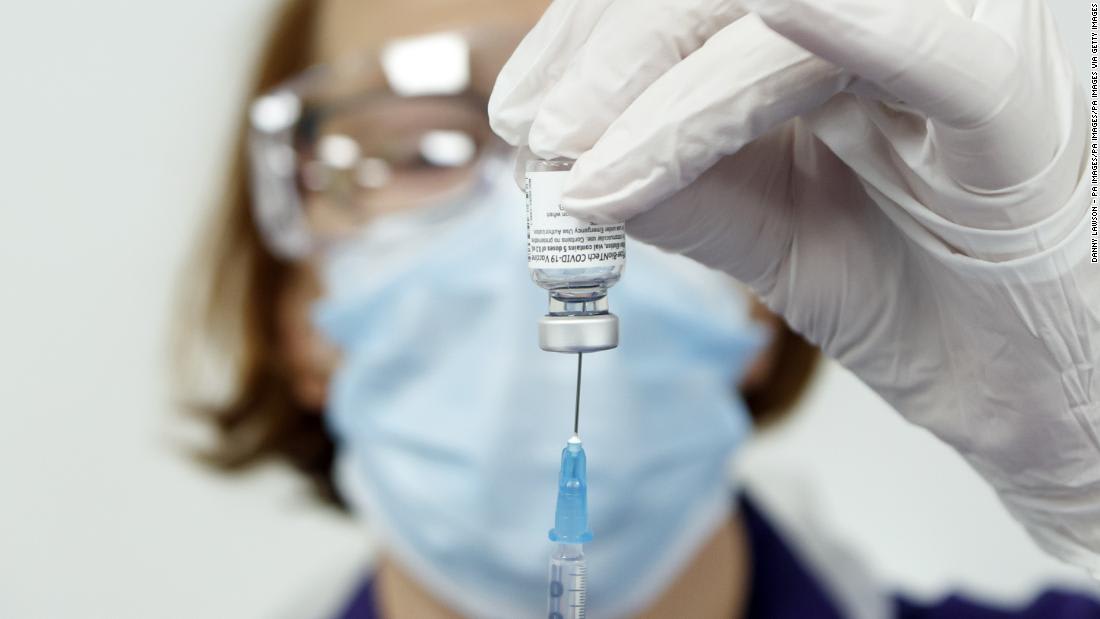 WHO approves Pfizer/BioNTech vaccine in breakthrough for developing nations

The Australian city of Sydney is mandating that people wear face masks in indoor spaces starting Sunday. Violations of the new measure will be punishable by a fine starting Monday.

The Premier of the state of New South Wales, Gladys Berejiklian, announced the new regulations for Greater Sydney on Saturday.

Residents will be fined 200 Australian dollars ($154) if they are caught without face masks in the following places:

Staff in all hospitality venues and casinos must also wear masks.

Australia was able to successfully stop the virus' spread last year by closing its borders to most travelers and enacting strict lockdowns. However, cases have tincreased in recent days.

New South Wales reported seven new locally acquired cases in the 24 hours to 8 p.m. local time Friday, with an additional 12 cases identified in returned travelers in hotel quarantine, according to the state government.

Virginia state Sen. Ben Chafin Jr. has died after contracting Covid-19, according to a statement from his office. He was 60 years old.

The Republican lawmaker's family thanked the VCU Medical Center in Richmond, Virginia, for "its vigorous care and heartfelt support during his two weeks of medical services there."

Chafin, a cattle farmer and attorney, served Virginia's 38th District. He was elected to the state's House of Delegates in 2013 before moving to the Senate in 2014. 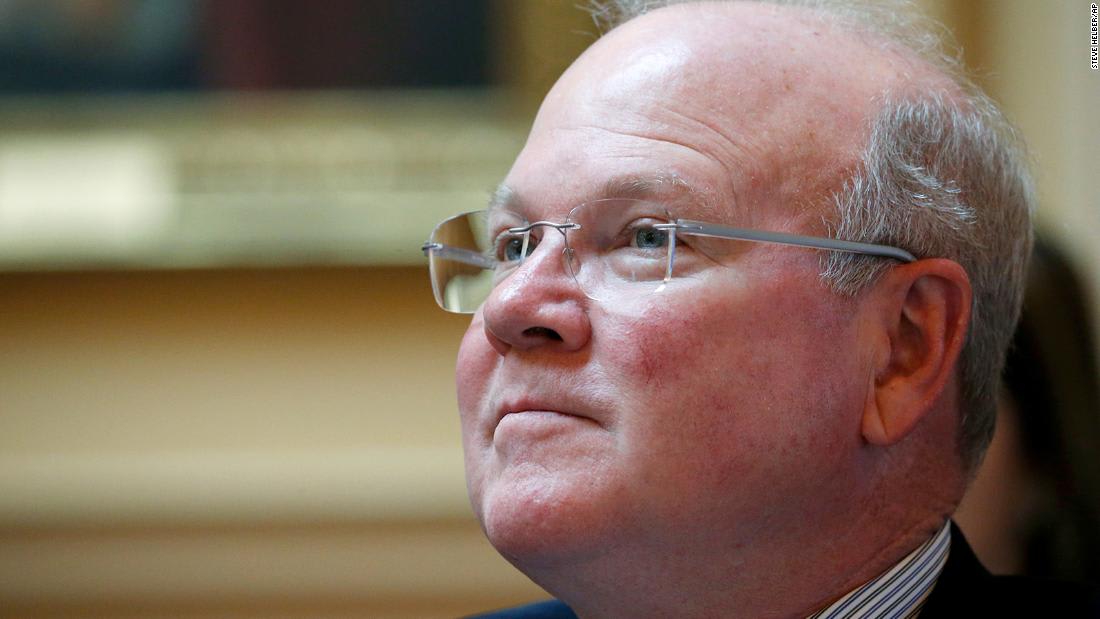 Previously, South Korea boasted one of the world's most successful responses to the epidemic. Despite being among the first countries hit, it has managed to avoid the type of stringent lockdown measures seen elsewhere in the world, thanks largely to a combination of aggressive testing and sophisticated track-and-trace techniques.

But a rise in recent untraceable infections has concerned authorities and forced them to consider enacting a lockdown. Of the infections identified yesterday, 788 are locally transmitted.

The KDCA said the Covid-19 variant found in South Africa has been detected from a person who arrived from South Africa on December 26. The person had tested positive upon arrival, according to the release.

Gatherings limited: South Koreans will be banned from gathering in groups of more than 5 people until January 17, according to the Health Ministry. The measure was already in place in the capital, Seoul, but has been extended to the entire country.

At least 125,057 people in the United States were in hospital with the coronavirus on Friday, according to the Covid Tracking Project.

It was the 31st day in a row that the country has remained above 100,000 current hospitalizations.

Japan's Ministry of Health has reported 716 patients in serious condition due to Covid-19 – a new record for the country.

Cases have been on the rise in Japan this winter. On Friday, the ministry identified 3,114 new coronavirus infections and 54 related deaths.

At least 238,724 cases have been reported in the country since the pandemic began, as well as more than 3,500 deaths.

Authorities said a total of 36,186 people had been hospitalized.

The situation in Tokyo: The Japanese capital reported 783 new cases on Friday. On Thursday, Tokyo identified 1,337 infections – a single-day record and the first time the city exceeded 1,000 cases in a day.

The US will continue giving two doses of the coronavirus vaccines a few weeks apart and will not follow the UK’s decision to delay the second shot, Dr. Anthony Fauci told CNN on Friday.

“I would not be in favor of that,” Fauci said when asked about the UK’s new dosing regimen. “We're going to keep doing what we're doing,”

So far, the coronavirus vaccines approved in the US require two doses based a few weeks apart.

The British government announced Wednesday that “the UK will prioritize giving the first dose of the vaccine to those in the most high-risk group” and allow the second dose to be given up to 12 weeks later.

The UK adopted the strategy to give as many people as possible the first dose as quickly as possible, saying it affords some amount of protection.

Asked on Thursday by NBC’s Today Show if the US should change its approach and adopt the UK’s plan, Fauci answered, “that’s under consideration.” He told CNN Friday that this comment had been “misinterpreted.”

Fauci, director of the National Institute of Allergy and Infectious Diseases, noted that in their clinical trials, Pfizer and Moderna – the makers of the two vaccines approved in the US – studied the effectiveness of two doses a few weeks apart, not a few months apart.

“The fact is we want to stick with what the science tells us, and the data that we have for both (vaccines) indicate you give a prime, followed by a boost in 21 days with Pfizer and 28 days with Moderna. And right now, that’s the way we’re going with it, and that’s the decision that is made,” he said.

“We make decisions based on data. We don't have any data of giving a single dose and waiting for more than the normal period of time (to give the second dose)."

When he indicated on the Today Show that following the UK’s example was “under consideration,” Fauci said Friday what he meant was some people – not US health authorities – were talking about it.

“It was somewhat of a misinterpretation. I think some – not everybody – but people misinterpreted when I said it's under consideration (as) like we're going to change. We're not,” he said.

Scientists are studying whether a new variant of the novel coronavirus found in South Africa will pose a threat to existing vaccines, Dr. Anthony Fauci told CNN Friday.

“The proof of the pudding is we have to test it, and that is what is happening now, testing the strain found in South Africa against the antibodies produced by the vaccines. We don’t have that answer, but I am sure that answer is forthcoming soon,” Fauci said.

Fauci, director of the National Institute of Allergy and Infectious Diseases, said scientists in South Africa are testing to see if the vaccines are effective against the variant, and that testing is also happening – or will happen soon – in the US.

“I don’t know whether it’s going to be Monday or Tuesday, and there are a lot of groups that are doing it,” he said.

Fauci said Wednesday that Covid-19 vaccines should be effective against a new strain of the virus found in the UK.

The South African variant has been traced back to about Nov. 20, according to Tulio de Oliveira, the virologist who first identified it. It has 22 significant changes from previous strains of the coronavirus, and the UK strain has 17 mutations. Both are an unusually high number of mutations, and some of them are related to the spike proteins found on top of the virus, which is the target for antibodies generated by the vaccines.