The first patient in the UK has received the Oxford University/AstraZeneca vaccine.

"I am so pleased to be getting the Covid vaccine today and really proud that it is one that was invented in Oxford," he said.
“The vaccine means everything to me, to my mind it is the only way to get back to normal life. This virus is terrible, isn’t it?”

Pinker said he first knew on Saturday that he was going to get vaccinated and was told he would be the very first patient. “Took me long enough to be a star,” he said.

The AstraZeneca vaccine rollout began today in the UK and the country’s health secretary described it as a “real pivotal moment" as Covid-19 cases continue to rise in parts of the country.

Chief Nurse Sam Foster, who administered the vaccine, said: “It was a real privilege to be able to deliver the first Oxford vaccine at the Churchill Hospital here in Oxford, just a few hundred meters from where it was developed."

Pinker is a retired maintenance manager who has been having dialysis for kidney disease at the hospital. Others should get vaccinated too because “it is a no brainer,” he said.

"The nurses, doctors and staff today have all been brilliant and I can now really look forward to celebrating my 48th wedding anniversary with my wife Shirley later this year.”

The NHS is the first health service in the world to deploy the AstraZeneca vaccine and it's the only one approved that can be stored at fridge temperatures. The first vaccinations will be delivered at a small number of hospitals for the first few days for surveillance purposes, as is standard practice, before the bulk of supplies are sent to more GP-led services later in the week, NHS England said in a statement.

The United Kingdom is starting its rollout of the Oxford University/AstraZeneca vaccine today and the country’s health secretary described it as a “real pivotal moment.”

“The very positive news this morning of the Oxford vaccine starting to be rolled out -- that’s a triumph of British science that we’ve managed to get to where we are,” Matt Hancock told Sky News Monday morning.

The vaccine comes at a crucial time in Britain and Hancock said that the number of Covid-19 cases was sharply rising in parts of the country.

"Some of the Tier 3 areas are seeing sharp rises in cases, and each week we look at all of the areas of the country to check that they are in the right position in terms of the tiers. But, it is a very difficult situation in terms of the growth of the virus," he said.

But then we also have this very good news this morning, it’s a real pivotal moment with the arrival, actually in the hospitals of the UK, of the Oxford vaccine.”

South Korea will expedite the vaccine approval process for the Oxford University/AstraZeneca coronavirus vaccine, according to the country’s Ministry of Food and Drug Safety.

AstraZeneca has filed for approval of its vaccine, which could take only 40 days. Normal vaccine approval takes 180 days, according to the ministry.

Separately, a quality assurance permit approval will also be expedited to be completed within 20 days -- the full approval is expected to come in February.

AstraZeneca is producing the vaccine in South Korea at local firm SK BioScience, the ministry said.

The ministry said it's preparing cold-chain storage and logistical methods to deliver the vaccines.

The first people to receive the Oxford University/AstraZeneca coronavirus vaccine will be inoculated Monday as the NHS expands Covid-19 vaccination programs across the United Kingdom, according to the Department of Health and Social Care.

The NHS is the first health service in the world to deploy the AstraZeneca shot and it's the only approved vaccine that can be stored at fridge temperatures, the department said in a statement.

The government has secured access to 100 million doses of the vaccine for the whole of the UK, crown dependencies and overseas territories. More than half a million doses are available from Monday, and the Health Department said tens of millions more will be delivered in the coming weeks and months.

More than 730 vaccination sites have been established across the UK with hundreds more set to open this week.

“I am delighted that today we are rolling out the Oxford vaccine -- a testament to British science. This is a pivotal moment in our fight against this awful virus and I hope it provides renewed hope to everybody that the end of this pandemic is in sight," said UK Health Secretary Matt Hancock.
“Through its vaccine delivery plan the NHS is doing everything it can to vaccinate those most at risk as quickly as possible and we will rapidly accelerate our vaccination program.

More than a million people in the UK have been vaccinated with the Pfizer/BioNTech vaccine, the statement said.

Japan may enter a state of emergency this week as the country grapples with soaring coronavirus cases, a number of which have been linked to a new, potentially more infectious variant.

Speaking at a new year news conference Monday, Prime Minister Yoshihide Suga said an emergency declaration was being considered, and would apply to Tokyo and the three neighboring prefectures of Chiba, Saitama and Kanagawa.

The governors of all four regions have all urged Suga to do so already, as cases rise.

"lf necessary, we won't hesitate to dispatch the medical staff from Self-Defense Forces," Suga added, saying the government will support medical facilities to ensure they are not overwhelmed.

Suga did not say when the government would make a decision, or what restrictions could be enacted. Japan's first state of emergency, declared last spring, relatively early in the pandemic, lasted more than a month, and saw schools and non-essential businesses closed.

Japanese authorities are currently limited in their powers to punish those who breach restrictions, even in a state of emergency, something Suga's government is reportedly planning to change to enable local governments to force compliance. 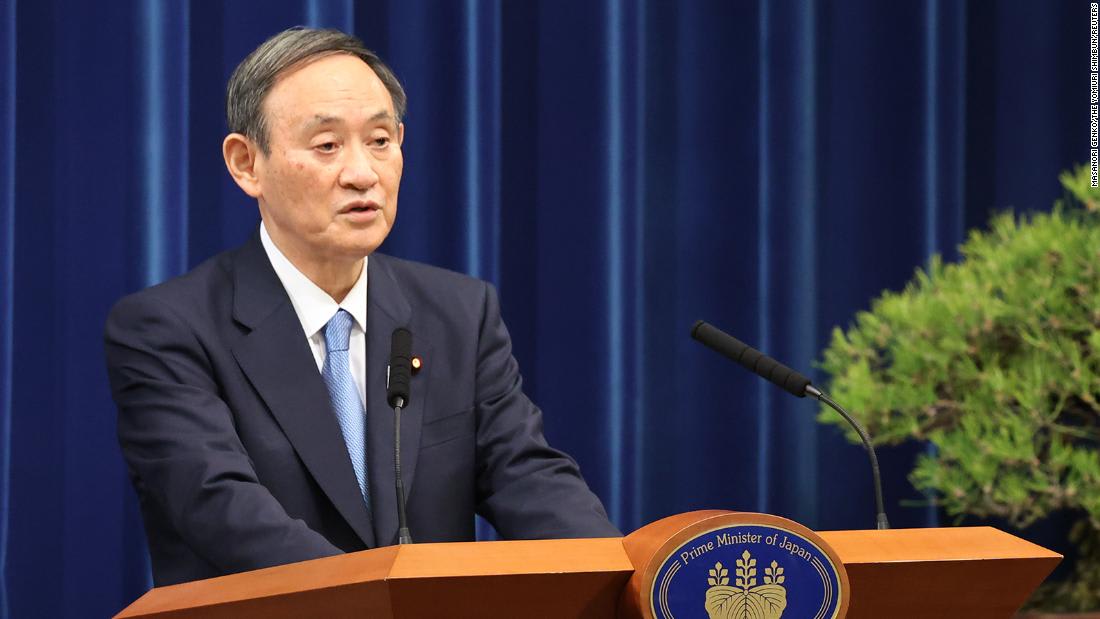 Japan poised for state of emergency as Covid-19 cases soar

Over 5,000 armed forces personnel have been deployed in support of the UK's Covid-19 response, in the “biggest homeland operation in peacetime,” the British Ministry of Defence said in a statement on Monday.

Members of the military are working on "70 different tasks ranging from schools testing to the rollout of vaccines," the statement said.

“The new year will see new levels of Armed Forces support to overcoming this pandemic. Thousands of service personnel are working throughout the United Kingdom, wherever they are needed to assist the civil authorities," UK Defence Secretary Ben Wallace said.

According to the Ministry of Defence website, the military has responded to 275 requests for assistance by civil authorities in the UK between March 18 and December 31, 2020.

The majority of new cases -- 685 -- were found in the Seoul metropolitan area, according to KDCA.

The United States reported 210,479 new Covid-19 cases and 1,394 deaths on Sunday, according to Johns Hopkins University.

At least 13,071,925 vaccine doses have been distributed in the country and at least 4,225,756 shots administered, according to the US Centers for Disease Control and Prevention.

But around the US, hospitals are racing to keep up with surges of Covid-19 patients at numbers they have not seen at any other time in the pandemic.

On Sunday, the country reported 125,544 current Covid-19 hospitalizations, setting a new record, according to the Covid Tracking Project. The number has exceeded 100,000 for more than a month.

Health experts worry what will happen to those numbers if infections continue to spread.

"This is about total collapse of the health care system if we have another spike," said Dr. Brad Spellberg, chief medical officer at the Los Angeles County-University of Southern California Medical Center. 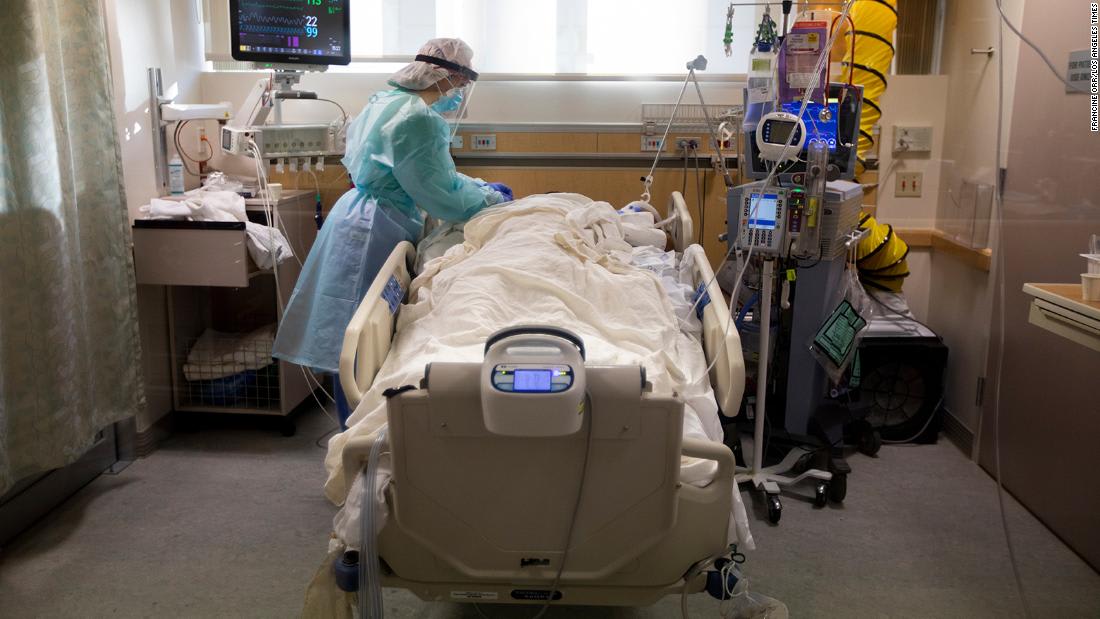 For more than a month, US hospitals have had more than 100,000 coronavirus patients every day

Strengthening disease prevention measures is a top priority for North Korea in the new year, the country's state-run newspaper Rodong Sinmun said in an article Monday.

Earlier, the paper announced that North Korea's 8th ruling Workers’ Party congress will be held in early January and that delegates had started to gather in the capital Pyongyang in December.

The article said that as the country prepares for the party congress, the public must redouble their efforts in responding to the health crisis by "tightening the bootstraps further and maintaining the alert-level."

The North Korean government has maintained that there have not been any positive cases of Covid-19 detected in the country, a claim widely questioned by experts.