The Czech Health Ministry identified 17,278 cases of Covid-19 on Tuesday, a new record for the number of cases recorded in a single day.

Cases are spiking in the Czech Republic despite strict anti-Covid measures that have been enacted throughout the country. A 9 p.m. to 5 a.m. curfew is in place and most shops, services and schools are closed.

The first dose of a Covid-19 vaccine was administered in the Netherlands on Wednesday, according to national broadcaster NOS.

The first person to receive it was Sanna Elkadiri, 39, a care home worker in Veghel, NOS reported.

"Finally, after 10 months in crisis mode, we are starting to end this crisis here. But it will really take a while before we have the misery behind us," he said.

Around 269,000 care home workers are being invited to receive their vaccinations as a first step, the National Institute of Health and the Environment said on Tuesday.

Slow start: The Dutch government has been criticized for what some saw as a slow start to it's Covid-19 vaccination program. The European Union officially started its vaccination campaign on December 27, days after approving the Pfizer/BioNTech coronavirus vaccine on December 21.

A man who tested positive for the coronavirus after Christmas has posted several videos on social media warning others to wear their masks and learn from his mistake.

"I didn't think masks would make that much of a difference," Chuck Stacey told CNN on Tuesday. "I was wrong."

Stacey is currently in a Florida hospital for the second time since testing positive on December 27, 2020.

The 50-year-old told CNN when the pandemic started he equated the virus to a really bad flu and didn't take many precautions to protect himself.

"I admit it I was wrong," he said. "This has been brutal. I never knew that the human body could hurt so bad." 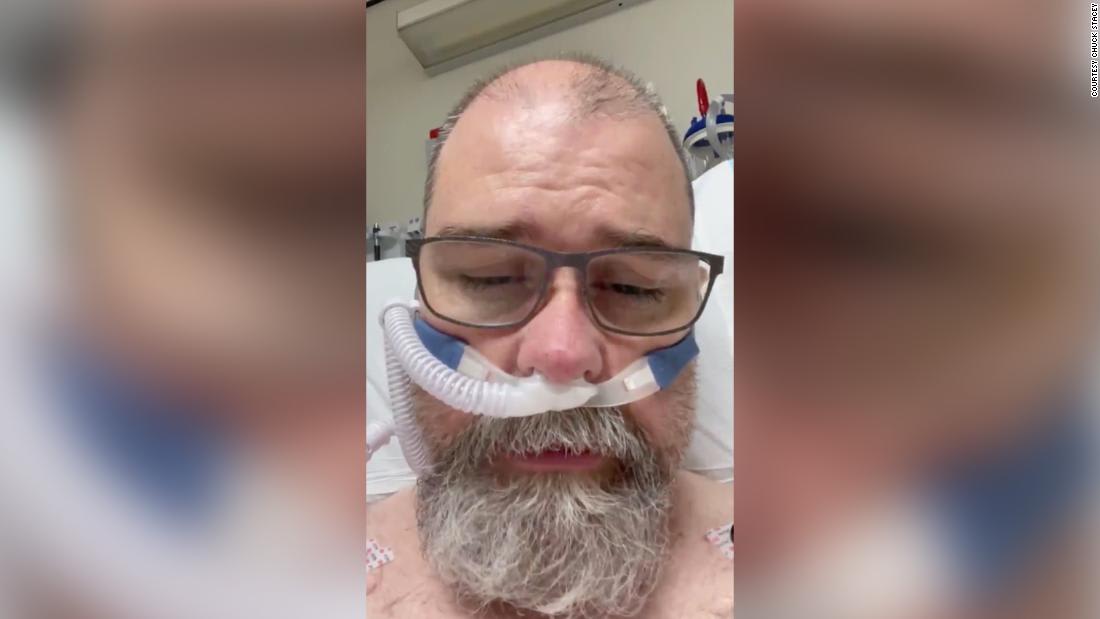 He was skeptical of Covid-19. Now, from his hospital bed, he posts videos on social media urging others to wear their masks

South Korea will test every prisoner held in the country's 52 detention facilities for Covid-19 after a cluster of cases emerged at a detention center in the capital Seoul.

Health Ministry official Yoon Tae-ho announced the plan at a briefing Wednesday. Yoon said that prisoners at 11 facilities had already been tested and, so far, no positive cases had been reported. Prisoners at the other 41 facilities have not yet been tested, Yoon said.

Viruses can spread easily in prisons because of their small, cramped quarters and lack of fresh air. The cluster in Seoul's Dongbu Detention Center exploded in just weeks. It was detected in mid-December, and authorities have now found 1,118 cases tied to the detention center, mostly among the prison population. The facility housed 2,292 inmates when the first cases were identified.

Justice Ministry official Kim Jae-sul said the detention center was overcrowded when the cluster was detected, which would make it easier for the virus to spread. Yoon, the Health Ministry official, said 972 prisoners have been transferred to different facilities, lowering the population density.

New cases: South Korea identified 809 local and 31 imported coronavirus cases on Tuesday, the Korea Disease Control and Prevention Agency (KDCA) said in statement. Of those, 567 cases were found in the Seoul metropolitan area.

Though cases are slowly declining, a winter surge had authorities scrambling to find new hospital beds, especially in Seoul. Yoon said authorities had "secured" more beds for Covid-19 patients and that there were now a total of 177 ICU beds available for coronavirus treatment nationwide.

At least 3,775 Covid-19 deaths were reported in the United States on Tuesday, according to data from Johns Hopkins University -- the highest number of fatalities recorded in a single day since the pandemic began.

California health officials have ordered that non-essential surgeries be delayed in regions where ICU bed capacity is 10% or less.

The move was made in order to ease the burden on California hospitals, which are treating a record number of Covid-19 patients, according to the California Department of Public Health (CDPH). It is effective immediately and will last for three weeks.

CDPH said the order will help “reduce pressure on strained hospital systems and redistribute the responsibility of medical care across the state so patients can continue to receive lifesaving care.”

“California is experiencing an unprecedented and exponential surge in COVID-19 cases, and staffing and other resources are becoming strained,” State Public Health Officer Tomás Aragón said in the public health order.

“Large proportions of California hospitals have reached significant strain on their ability to provide adequate medical care to their communities.”

Surgeries for patients who have serious and urgent medical conditions will continue, officials said.

California is the epicenter of the current surge of Covid-19 cases in the United States. On Tuesday, the state reported 31,440 new cases and another 368 people died from the virus, pushing the statewide death toll to more than 27,000.

Only New York and Texas have reported a higher number of virus-related fatalities.

Officials in President Donald Trump's administration have been promising to speed up vaccine distribution. They have admitted they have fallen far short of promises to have vaccinated 20 million people by the end of 2020.

“On behalf of Operation Warp Speed, I am proud to report that today, 3,087,100 vaccines were distributed to the American people,” Acting Secretary of Defense Christopher Miller said in a statement.
“Today’s great work brings the total number of doses distributed to 19,141,175 over the last 21 days since the first vaccine doses showed up at administration sites.”

Earlier Tuesday, the Centers for Disease Control and Prevention reported 17 million vaccine doses had been distributed and more than 4.8 million people had been given their first doses of vaccine.