Another day, another grim Covid-19 record in the United States.

At least 3,865 Covid-19-related deaths were reported in the country on Wednesday, according to Johns Hopkins University -- the most in a single day of the pandemic.

The previous record -- 3,775 -- was set Tuesday, and public health officials have warned things could get worse before they get better.

The US has reported 361,123 total deaths, according to JHU data.

Winter surge: Coronavirus cases have skyrocketed throughout the country in recent months, partly due to the cold winter weather and surges caused by people gathering during the holiday season. The nation's epicenter remains in Los Angeles County, where more than 1,000 people were killed by the virus in less than a week.

Vaccines provide a glimmer of hope as case numbers climb, but their distribution has gone slower than expected. US governors are now taking new measures to get the distributed vaccines into arms faster, including mobilizing National Guard members and training more volunteers to administer doses.

The US coronavirus vaccine rollout has been slow, and some states eager to move more doses are beginning to vaccinate more than the health care workers and nursing home residents initially at the front of the line.

Just 5.3 million of the 17.3 million doses distributed have been administered in the United States -- only 30.7%. That doesn't come to close to the target the Trump administration set in the fall to administer 20 million vaccines to Americans by the end of 2020.

So, many states are taking steps to speed things up.

Read more about what states are doing: 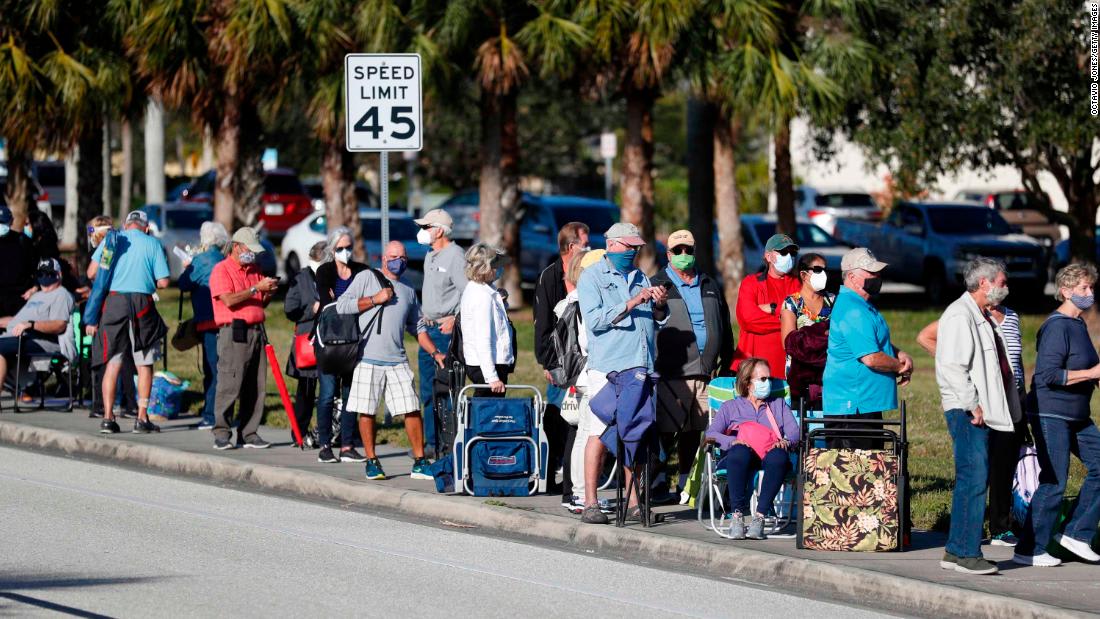 California officials are urging residents to limit all non-essential travel to within 120 miles from one’s home and avoid traveling to neighboring states or countries.

Anyone arriving in or returning to the state is urged to self-quarantine for 10 days, the California Department of Public Health (CDPH) said in a statement.

California -- the epicenter of the current coronavirus surge in the United States -- is also discouraging any non-essential visitors from out of state.

The recommendations are not mandatory, but the statement said local officials could consider enacting "measures that are more restrictive than this statewide order."

The department warned that visitors or residents returning to California could introduce new sources of infection, including the new strains of the virus.

“Intra-state travel, likewise threatens to exacerbate community spread within California— particularly because travel itself (especially the use of shared conveyances in air, bus, or rail travel) can increase a person's chance of spreading and getting Covid-19,” CDPH said.

The government is preparing to declare a state of emergency in Tokyo and three neighboring prefectures -- Saitama, Chiba and Kangawa -- where cases are spiking. Tokyo set its own record for number of infections identified in a day on Wednesday, with 1,591 new cases.

Health Ministry data shows that as of Wednesday, the number of patients in serious condition across Japan rose to 784, while 41,054 patients are being treated in hospital.

The United States reported 132,476 current Covid-19 hospitalizations on Wednesday, setting a new record high since the pandemic began, according to the Covid Tracking Project (CTP).

This is the 36th consecutive day the US has remained above 100,000 current hospitalizations.

An ensemble forecast published Wednesday by the US Centers for Disease Control and Prevention (CDC) projects there will be between 405,000 and 438,000 coronavirus deaths in the United States by January 30.

Unlike some individual models, the CDC’s ensemble forecast only offers projections a few weeks into the future. The previous ensemble forecast, published December 30, projected up to 424,000 coronavirus deaths by January 23.

As of 8 p.m. ET on Wednesday, at least 360,693 people have already died from Covid-19 in the US, according to data compiled by Johns Hopkins University.

At least 52 cases of a coronavirus variant first identified in the United Kingdom have been found in the United States, according to data posted Wednesday by the US Centers for Disease Control and Prevention.

This includes at least 26 cases in California, 22 cases in Florida, two cases in Colorado, and one case each in Georgia and New York.

CDC says this does not represent the total number of cases circulating in the US, but rather just those that have been found by analyzing positive samples. The agency cautions that its numbers, which are expected to update Tuesdays and Thursdays, may not immediately match those of state and local health department.

Experts suspect there could be many more cases in the country and have criticized the US for not doing more genetic sequencing of virus samples to surveil for mutations. 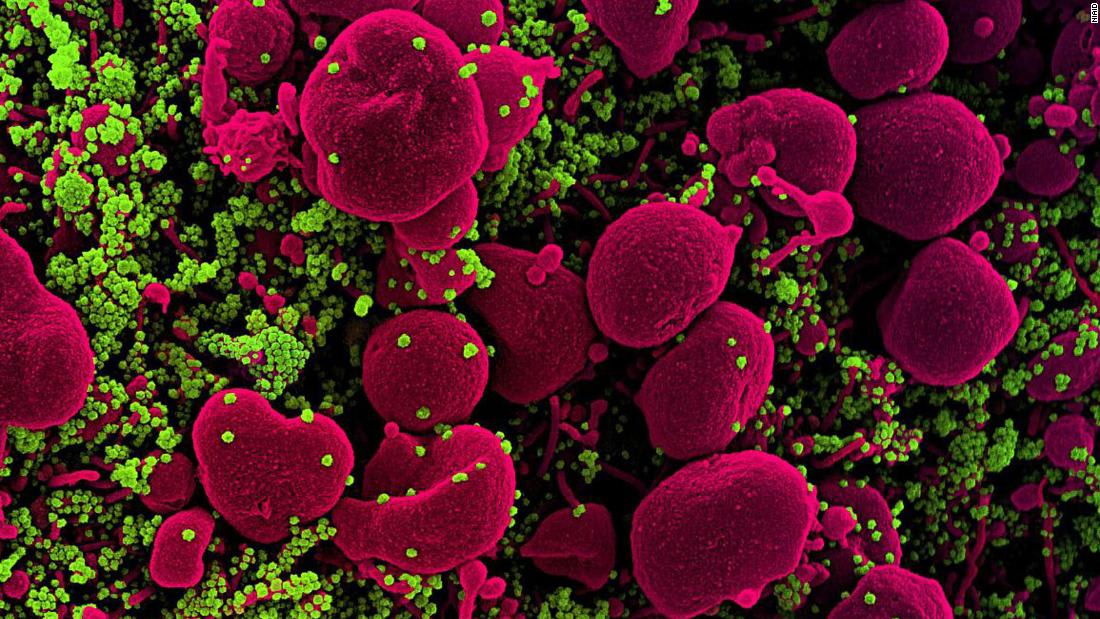 The European Union has authorized Moderna's Covid-19 vaccine, the second coronavirus vaccine to be approved for use in the EU.

The move finalizes the recommendation of the European Union drugs regulator, which earlier on Wednesday recommended granting the drug a conditional marketing authorization.

Emer Cooke, the European Medicines Agency (EMA) executive director, said on Wednesday that "this vaccine provides us with another tool to overcome the current emergency."

"It is a testament to the efforts and commitment of all involved that we have this second positive vaccine recommendation just short of a year since the pandemic was declared by WHO," she said.

The EU has secured the purchase of up to 160 million doses of the Moderna vaccine -- enough to vaccinate 80 million people of its 448 million citizens -- as part of a joint vaccine strategy aimed to ensure equitable access across the bloc.

Under that contract, the US biotech firm has promised to deliver all their doses between now and September 2021, the European Commission said.

Moderna said in a statement that the first deliveries of their vaccine "from Moderna's dedicated non-US supply chain are expected to begin next week." 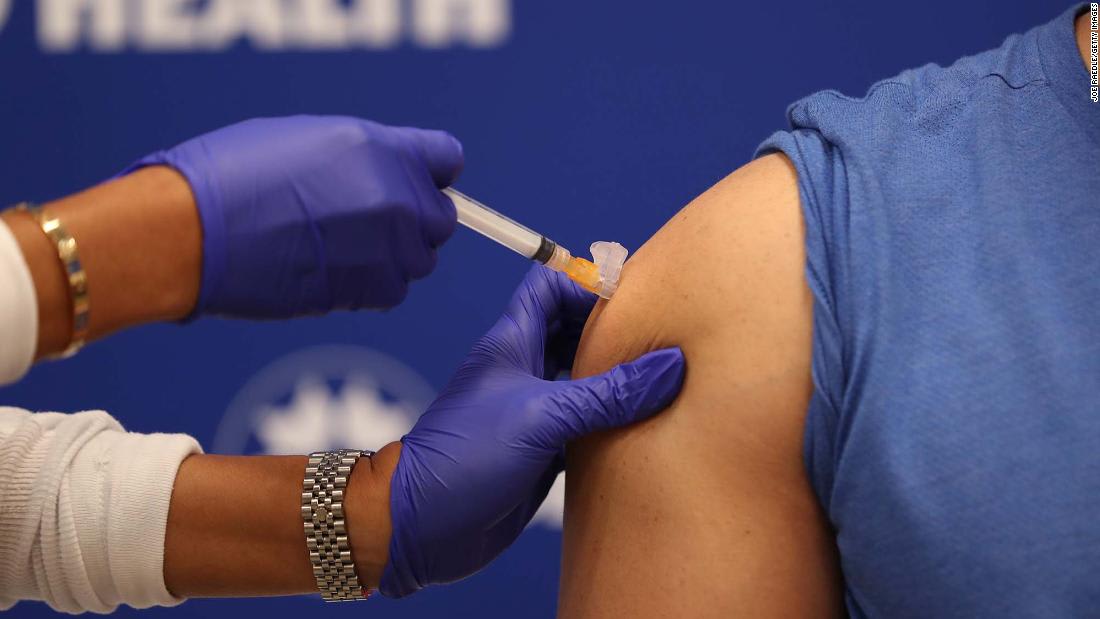