It took just six weeks for the world to report the most recent 500,000 deaths from Covid-19, according to data from Johns Hopkins University.

According to the same data, it took the world more than six months to report the first 500,000 Covid-19 deaths.

As of Saturday morning, the United States has reported 392,351 Covid-19 deaths – the most of any country in the world.

Death rates began to rise sharply in November 2020 in both Europe and North America. The average number of daily new deaths has remained at a pandemic-era high in both regions for over a month, according to university data.

This is the first vaccine Pakistan has granted for use to combat the pandemic.

According to Johns Hopkins University, Pakistan has reported 516,770 cases of Covid-19 and its death toll has reached 10,908.

Argentina identified its first known case of the Covid-19 variant on Saturday that was first reported in the United Kingdom, Argentina's minister of Science, Technology and Innovation said.

According to Minister Roberto Salvarezza, the patient is an Argentine citizen living in the UK with a traveling history to Austria and Germany. The patient arrived in Argentina from Frankfurt in late December without any symptoms and is now under quarantine.

On Dec. 20, Argentina suspended all direct flights to and from the UK to try to prevent the spread of the variant found in the UK. Nearly a month later, the UK also banned flights from multiple Latin American countries, including Argentina, after a new Covid-19 variant was found in Brazil.

England’s historic Salisbury Cathedral was transformed into a Covid-19 vaccination center on Saturday, with patients vaccinated while organ music was played.

Local general practitioners invited patients that are in the over 80s priority group to visit the cathedral to receive their first vaccine dose.

Former Royal Air Force flight sergeant and Lancaster tail gunner Louis Godwin, 95, was among the first people to receive a dose at the more than 800-year-old cathedral, according to its official Twitter account.

"It has been absolutely marvelous to come into this wonderful building and have this jab," Godwin said in an interview with PA Media. "I've had many jabs in my time, especially in the RAF. After the war, I was sent to Egypt and I had a couple of jabs which knocked me over for a week."

"This one, the doctor said to me 'Well that's done' and I thought he hadn't started. So it's no trouble at all and no pain," he added.

The cathedral’s organist John Challenger said in a tweet he “would be playing Handel’s Largo and much more great organ music” as the cathedral became a vaccination center.

India started its nation-wide vaccination drive for Covid-19 on Saturday.

According to the country’s Ministry of Health and Family Welfare, a total of 165,714 health care workers were vaccinated as of 5:30 p.m. local time Saturday.

A total of 16,755 trained vaccinators were involved at 3,351 sessions nationwide, the ministry added.

Two vaccines: The Indian government issued emergency approval for two vaccines earlier this month, one from Oxford/AstraZeneca and the other from Covaxin, which was developed locally by Indian biotech company Bharat Biotech and a government-run institute.

A total of 47 tennis players are required to quarantine for 14 days after others tested positive for Covid-19 on two separate charter flights into Melbourne for the Australian Open.

Twenty-four players on a charter flight from the United States to Melbourne are required to quarantine for two weeks after a member of the flight crew and a passenger — not a player — returned positive Covid-19 tests. Both had tested negative within 72 hours of boarding the flight, which carried a total of 79 people.

Another 23 players are required to quarantine following a charter flight carrying 64 people from Abu Dhabi to Melbourne. One person — not a player — tested positive after the flight, despite presenting documentation of a negative Covid-19 test prior to takeoff.

All 47 players affected will not be able to leave their hotel rooms for the 14-day period and until they are medically cleared. They will not be eligible to practice.

When the UK Prime Minister addressed the nation on December 20, the news was bad enough: Christmas was canceled.

Boris Johnson plunged the country into harsh new restrictions, blaming a new variant of the disease that had been spreading in London and the southeast of England since September.

But suddenly, things got even worse. Country after country closed their borders to flights from the UK, in a bid to keep the new variant confined to "plague island," as the New York Times dubbed it.

With ferry routes across the Channel blocked, lorries carrying goods to the continent backed up for miles along the motorways. Eventually, a local airport in Kent was turned into a parking lot for 4,000 lorries. Nothing could get into the UK, either. It was, said the wags, a taster of what a no-deal Brexit would be like.

That no-deal was averted -- the government signed an agreement with the EU on December 24. But the crisis is far from over.

UK travelers are still banned from much of the world -- including EU countries -- because of the homegrown variant.

And although the UK was the first country in the world to start a vaccine rollout, its good news was marred by the report on January 13 that the death tally from Covid-19 had passed 100,000. Two days later, the government announced that it was axing their last remaining "travel corridors."

Inbound travel is a lucrative business for the UK -- pre-Covid, Visit Britain forecast that 2020 would see 32.3 million visitors pumping £24.7 billion ($33.6 billion) into the economy. 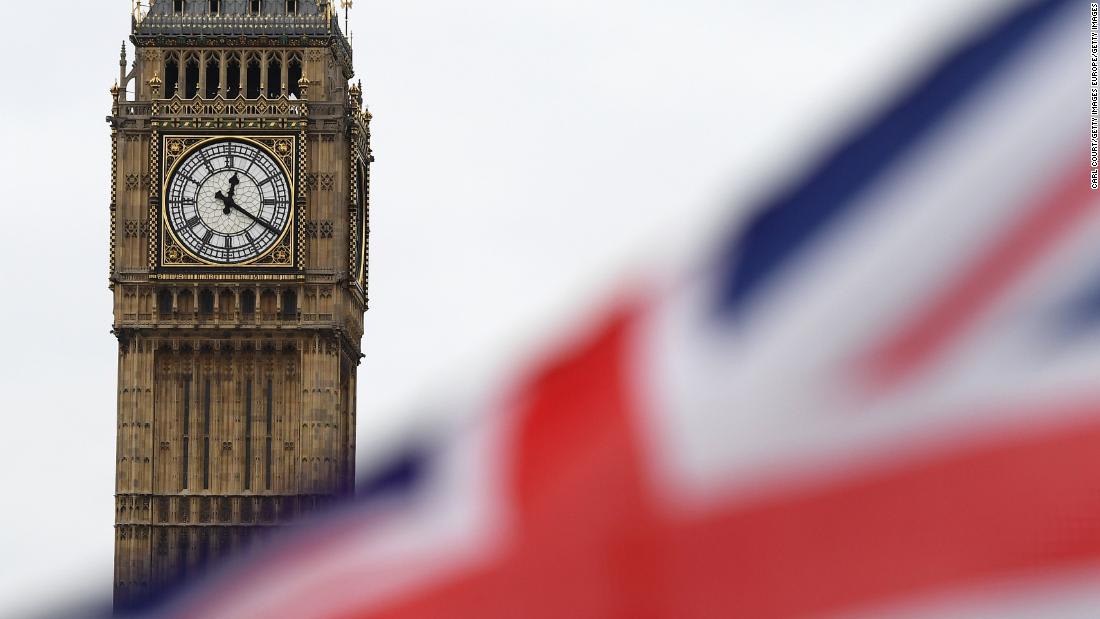 Britain's 'major crisis' is good and bad news for travelers

Turkey has inoculated more than 650,000 people since it started its mass rollout of China’s Sinovac Biotech vaccine on Thursday, according to the Turkish health ministry's online vaccine counter.

Each dose of the vaccine in Turkey is given by appointment with a barcode matched to the patient’s identifying information and scanned into a centralized database.

Turkey received 3 million doses of Sinovac in December and approved the vaccine for use on Wednesday evening.

Phase 3 trial results for the Sinovac vaccine have still not been published.

The Turkish drug and medical device administration did not release details about the data used to determine the vaccine’s safety and efficacy. Advanced Phase 3 trials are ongoing in Turkey, but the vaccine is also being tested in other countries, including Brazil.

“We stand by all vaccines that are scientifically proven to be effective and safe…when we evaluate a vaccine the data we are not looking at its origin, which country it was produced in, or which production technique was used but rather phase 3 trial reports and scientifically published data," the Turkish Medical Association said in a statement.

In order to achieve herd immunity and combat vaccine hesitancy we call for more transparency in all areas,” it added.

The union also called for Turkey to immediately start the process to obtain other vaccines.

States are racing to get Covid-19 vaccine supplies and distribution in order as the US Centers for Disease Control and Prevention (CDC) warned Friday of more contagious variants of coronavirus potentially exacerbating the spread.

CDC officials implored Americans to continue with preventative measures against the coronavirus, while highlighting the variant first identified in Britain known as B.1.1.7.

The B.1.1.7 variant appears to more readily infect human cells and one CDC simulation of its transmissibility raised concerns that it could become the most dominant form of coronavirus in March.

The CDC called for continued and aggressive vaccine distribution to try and stem the tide. "Higher vaccination coverage might need to be achieved to protect the public," CDC researchers warned.

Deaths approach 400,000: On Friday, 3,258 people died of Covid-19 in the US, as the total number of deaths from the pandemic edged closer to 400,000. The nation also recorded its 11th consecutive day of more than 200,000 infections, per Johns Hopkins University data.

Some states were upset by news from Health and Human Services Secretary Alex Azar, who said there is no "reserve stockpile" of vaccines available to release.

"We now have enough confidence that our ongoing production will be quality and available to provide the second dose for people, so we're not sitting on a reserve anymore," Azar told NBC News' Lester Holt in an interview. "We've made that available to the states to order." 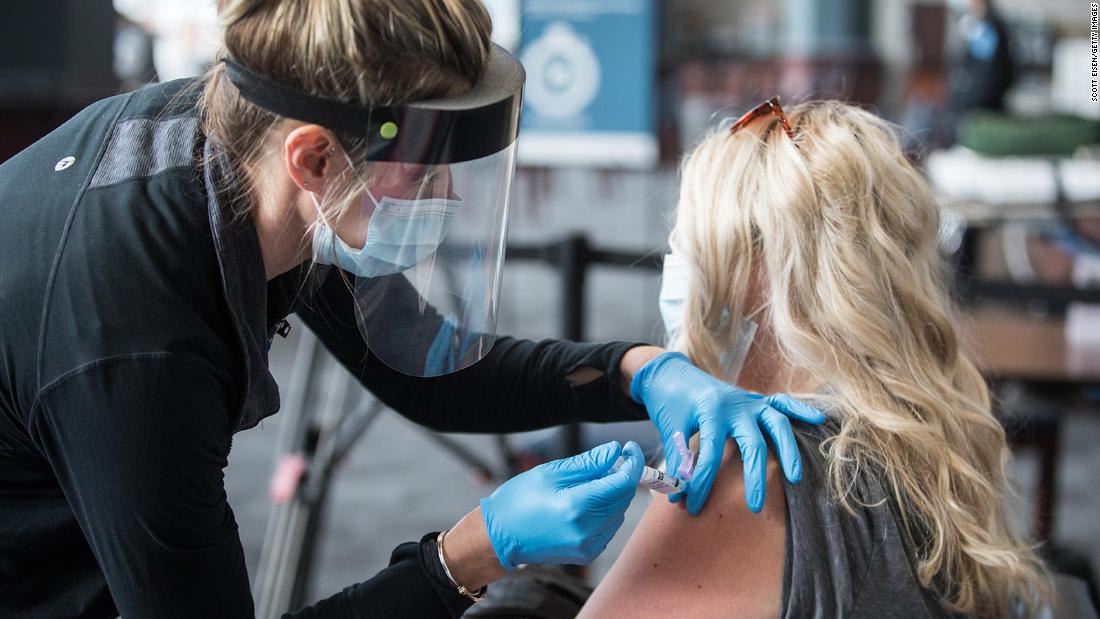