California reported on Sunday 42,229 new Covid-19 cases and 432 additional deaths, according to the state's coronavirus dashboard.

Today's count of daily new cases represents a 1.5% increase compared to the day before, according to the dashboard.

The US is in store for “some dark weeks ahead,” with an expected 500,000 Covid-19 deaths by mid-February, Dr. Rochelle Walensky, incoming director of the Centers for Disease Control and Prevention, said Sunday.

“By the middle of February, we expect half a million deaths in this country,” Walensky said in an interview on CBS.

An ensemble forecast published Wednesday by the CDC projects there will be 440,000 to 477,000 coronavirus deaths in the US by Feb. 6.

“That doesn't speak to the tens of thousands of people who are living with a yet uncharacterized syndrome after they've recovered,” Walensky, chief of infectious diseases at Massachusetts General Hospital, said.

Some people who have had Covid-19 report experiencing symptoms months after testing positive.

“And we still yet haven't seen the ramifications of what happened from the holiday travel, from holiday gathering, in terms of high rates of hospitalizations and the deaths thereafter,” she said. “I think we still have some dark weeks ahead.”

The revelation of a lack of a reserve stockpile of Covid-19 doses was a “misunderstanding,” Dr. Anthony Fauci said Sunday.

Though the Trump administration announced last week that it would release all available Covid-19 vaccine doses instead of holding second doses in reserve, a senior administration official told CNN Friday that many of those reserves were already released last year.

US Health and Human Services Secretary Alex Azar confirmed Friday that there is no reserve of second doses left to release.

Fauci, director of the National Institute of Allergy and Infectious Diseases, said he spoke to Gen. Gustave Perna, chief operating officer for Operation Warp Speed, to clear up the discrepancy.

“I tried, and I think successfully, sorted that out,” Fauci said in an interview on NBC’s Meet the Press. “I had a conversation with General Perna last night and again this morning, and I think there was just a misunderstanding.”

Fauci noted that the Trump administration first approached vaccine distribution with caution, holding back the supply of second doses in case there were any “glitches” in the supply of vaccine.

“After a couple of cycles when it became clear that the cadence of the flow of doses was really going to be consistent and reliable, the decision was made instead of just giving enough for the first dose and holding back for the second dose, that as soon as they got the doses available, they would give it,” Fauci said.

Twenty-five more tennis players are required to quarantine for 14 days after a passenger tested positive for Covid-19 on a flight from Doha, Qatar, into Melbourne for the Australian Open, the tournament organizers announced Sunday.

That brings the total to 72 players forced to quarantine after three flights into Melbourne this weekend.

The passenger, who is not a member of the playing contingent, had tested negative before boarding the flight. There were 58 people on the flight that arrived Saturday morning.

All 25 players affected will not be able to leave their hotel rooms for the 14-day period and until they are medically cleared. They will not be eligible to practice.

On Saturday, the organizers announced that 47 other players are required to quarantine for 14 days after positive tests for Covid-19 by non-players on two separate charter flights, one from Los Angeles, the other from Abu Dhabi.

Originally scheduled to start this month, the Australian Open was rescheduled to February because of Covid-19 concerns.

More than 3.5 million people have received a first dose of a Covid-19 vaccine in the UK, surpassing the number who have tested positive for the virus, according to British government data. A total of 3,559,179 people have been given their first dose as of last Friday, but just 447,261 of them have had a second dose.

The head of the National Health Service in England told the BBC on Sunday than more than half of those aged 80 and above have had the first dose, with the pace of vaccinations to accelerate in the upcoming weeks.

“We will start testing 24/7 in some hospitals over the course of the next 10 days, but we are at the moment vaccinating at the rate of about 140 jabs a minute,” Simon Stevens said.

Stevens said someone is being admitted to hospital with the virus every 30 seconds.

The UK has the highest coronavirus death toll in Europe, according to figures from Johns Hopkins University, with 81,800 dead.

“Since Christmas Day we’ve seen another 15,000 increase in the in-patients in hospitals across England, that’s the equivalent of filling 30 hospitals full of coronavirus patients,” Stevens said.

On Monday, 10 more mass vaccination sites will open across England as the country’s vaccine rollout is sped up.

Thousands of elderly and disabled individuals in the UK have received emergency heating and plumbing repairs at no cost during the pandemic thanks to a kind-hearted plumber.

James Anderson, 53, of Burnley, a town in northern England, has provided over 2,000 free emergency repair services for the disabled and elderly community during the pandemic, he told CNN.

"From the beginning of 2020 and through the pandemic we have worked seven days a week to deliver what the people need," Anderson wrote in a post to Facebook. "We have faced the fight with you and continue to do so until the end, we will never abandon you."

Anderson, a plumber with over 21 years of experience, set out to protect and care for vulnerable individuals in need of emergency repairs, after he witnessed a disabled and elderly man get cheated out of £5,500 (£7,400) for a repair job he didn't need, he told CNN.

In 2017, he founded the non-profit organization DEPHER (Disabled and Elderly Plumbing and Heating Emergency Response) to provide free emergency repair services to disabled and elderly people in the community. Since its inception, the company has helped more than 10,279 families throughout the UK, according to Anderson.

"We basically deliver a lifeline to anybody who is elderly, disabled and vulnerable of any age," said Anderson. 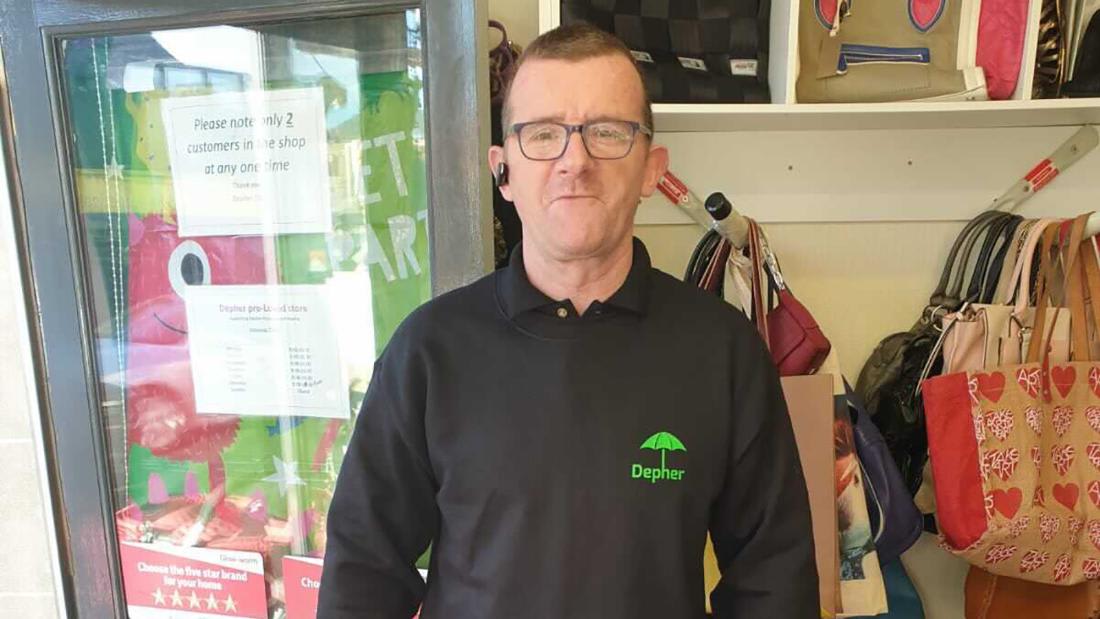 UK plumber has helped over 2,000 vulnerable families fix heating and plumbing during the pandemic for free

The numbers were announced by Iran’s Health Ministry spokeswoman Sima Sadaat Lari in a news conference on state television.

Iran is the Middle East country hardest hit by the coronavirus pandemic in total cases and deaths, and the country continues to keep restrictions in place to try to avoid a larger outbreak of coronavirus cases.

The country’s Health Ministry said 4,374 patients are hospitalized in ICU.

Russian officials have brushed off claims that Brazilian regulators rejected the use of Russia’s vaccine Sputnik V, saying they had merely requested more information.

The news comes in response to earlier reports that regulators in Brazil had blocked its use.

"Such requests from regulators are standard procedure and do not mean that a registration bid was rejected," the Russian Direct Investment Fund (RDIF) said in a statement. The RDIF has funded vaccine production and is responsible for selling it globally.

In a statement published late Saturday, the National Health Surveillance Agency of Brazil (Anvisa) said the request for emergency use by the pharmaceutical company Uniao Química was denied because they do not yet have data from Phase lll clinical trials.

Uniao Química, in partnership with the RDIF, filed a request for the emergency use of 10 million doses of the vaccine on Friday. Brazil is yet to approve any vaccine for use against Covid-19.

Anvisa explained it is yet to grant authorization for Phase III trials of Sputnik V to Uniao Química, which will run the trials, because it says the company has yet to respond to requests for the appropriate documentation.

The RDIF statement added, “the Sputnik V vaccine has already been registered in Serbia, Belarus, Argentina, Bolivia, Algeria, the State of Palestine, Venezuela and Paraguay. Registrations in two more countries are expected next week.”

While some states are seeing improving outlooks in their battle against Covid-19, other parts of the United States are hitting tragic records.

"Things will get worse before they get better," President-elect Joe Biden said, regarding the winter surge.

Biden spoke about his Covid-19 vaccination plan Friday and promised Americans, "We will manage the hell out of this operation."

He acknowledged that there will be stumbles and that the steps may take time, even many months, before the nation is in the place it needs to be. But as the Biden team and state governments plan and administer their vaccine rollouts, Covid-19 case numbers continue to rise each day.

On Saturday, Johns Hopkins University reported 198,218 new coronavirus cases and 3,286 new deaths in the US. More than 395,000 people have died since the beginning of the pandemic.

A recent coronavirus projection from the University of Washington estimates more than 566,000 deaths by May 1 in the US. The university's Institute of Health Metrics and Evaluation (IHME) said the figure could be lowered by thousands with universal mask requirements. 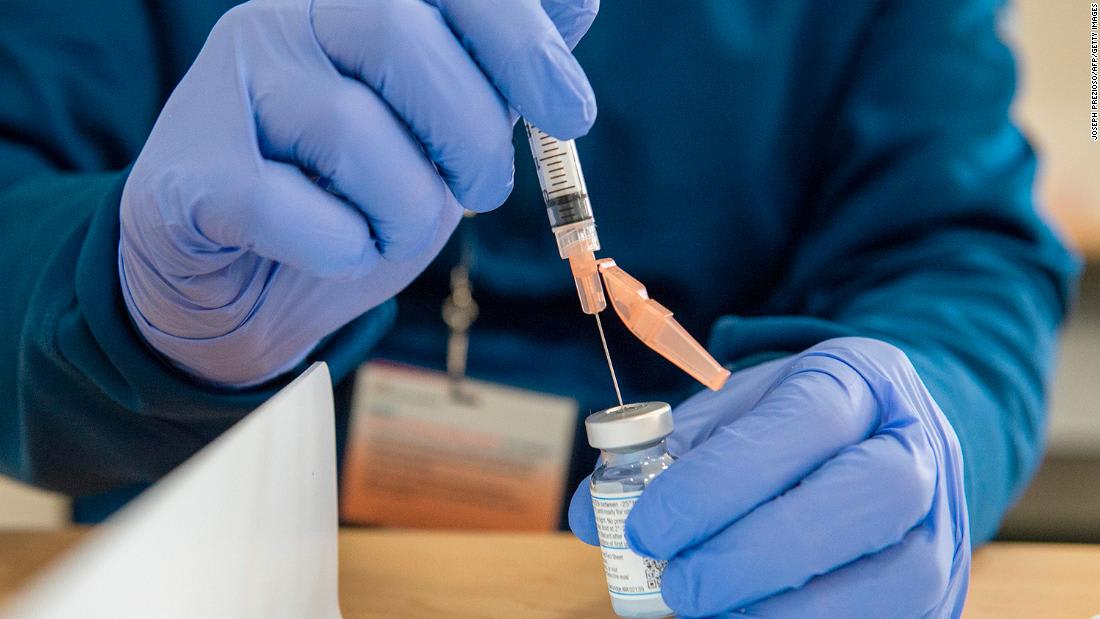