Germany has administered coronavirus vaccine doses to at least 1,048,160 people, according to the country's disease control agency, the Robert Koch Institute.

There had been concerns over the speed of the vaccine rollout in Germany, with Health Minister Jens Spahn asking the population for "patience" in early January.

To date, there have been 2,040,659 confirmed cases of the virus in Germany, with another 7,141 added on Sunday, according to the institute's dashboard.

Another 214 fatalities were also recorded Sunday, bringing the country's death toll to 46,633.

Nine people linked to the Australian Open tennis tournament -- including one unnamed player -- have so far tested positive for Covid-19, according to Victoria State Premier Daniel Andrews on Monday.

Speaking at a news conference, Andrews announced four new cases connected with the tournament, saying "they are all safely tucked away in quarantine."

Andrews defended the decision to impose strict quarantine measures on the competitors, saying "the virus doesn't treat you specially, so neither do we", amid claims from some players that they were not made fully aware of quarantine rules ahead of the start of the grand slam event in Melbourne on February 8.

Among those who have been diagnosed with the virus are a coach, a member of the traveling broadcast team and crew who were working on board the flights which brought the tennis players to Melbourne.

How many players are affected? Seventy-two tennis players are in quarantine as a result of being close contacts on charter flights of people who have tested positive.

The players are required to quarantine for two weeks and will not be able to leave their hotel rooms for the 14-day period, until they are medically cleared. They are not eligible to practice.

Tournament director Craig Tiley confirmed on Sunday that the Australian Open will go ahead next month.

Read more about the tennis players in quarantine: 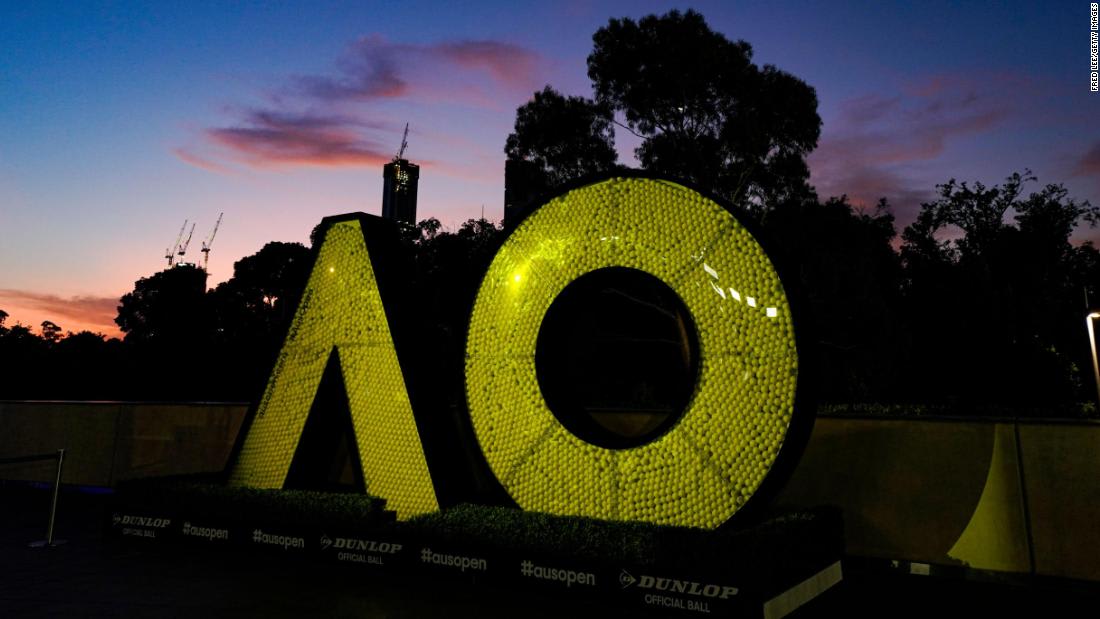 Every morning, teacher Vikas Kumar texts video lessons to his students before going to his second job as an untrained, frontline coronavirus worker.

The 27-year-old normally teaches physical education but, like thousands of other government teachers in New Delhi, he was deployed to the pandemic frontline when the virus started spreading in India last March.

Since June, Kumar has filled a number of roles alongside his teaching duties. First, he said he distributed ration kits to the poor, then he was assigned to conduct door-to-door surveys of neighbors of confirmed Covid cases. In that role, which involved taking residents' temperatures, Kumar says he contracted the virus and was ill in July for 17 days.

In 2020, at least 28,000 teachers were deployed to Covid-19 roles, according to two teachers' associations in New Delhi. At least 35 teachers have died from Covid-19 during the pandemic, and hundreds more fell ill, they said. CNN reached out to the Delhi Ministry of Health to verify these numbers and received no response.

Several teachers in the Indian capital told CNN they were given no training and are juggling their coronavirus duties with their normal teaching roles. Those working for the municipal corporations, which are the local-level governing civic bodies in Delhi, say they haven't been given enough personal protective equipment (PPE) to shield them from the virus. Others say they haven't been paid their normal salaries for months.

"The central government is telling the nation to take health and safety precautions but here, the Delhi Municipal Corporations (DMCs) are telling us to expose ourselves to the virus every day," said Vibha Singh, the senior vice president of Nagar Nigam Shikshak Sangh (NNSS), a union representing about 20,000 teachers in DMC schools.

Teachers who do not report for their assignments can be threatened with action under the Delhi Disaster Management Act, according to Sant Ram, an elected member of the Government School Teachers' Association (GSTA). 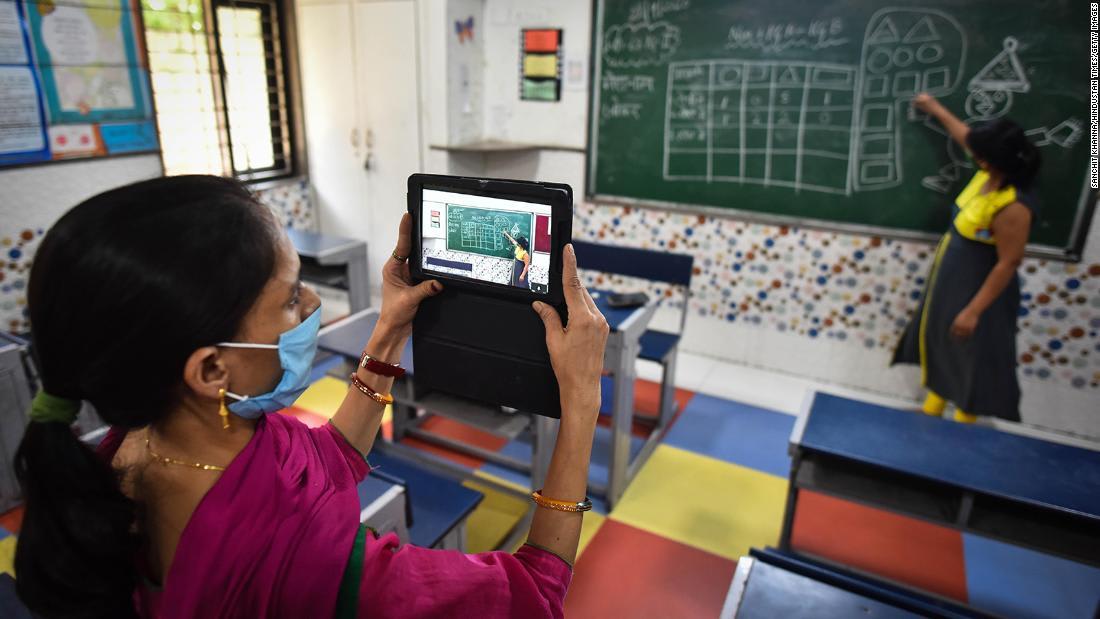 New Delhi's teachers are being sent to the Covid frontlines, some without training, PPE or even pay

“A higher-than-usual number of possible allergic reactions were reported with a specific lot of Moderna vaccine administered at one community vaccination clinic,” Pan said. “Fewer than 10 individuals required medical attention over the span of 24 hours.”

“Out of an extreme abundance of caution and also recognizing the extremely limited supply of vaccine, we are recommending that providers use other available vaccine inventory and pause the administration of vaccines from Moderna Lot 041L20A until the investigation by the CDC, FDA, Moderna and the state is complete. We will provide an update as we learn more," she said in a statement.

According to the statement from the California Department of Public Health (CDPH), all of the individuals appeared to be experiencing a “possible severe allergic reaction” during the standard observation period, something the CDC says some people have experienced after receiving a Covid-19 vaccine.

More than 330,000 doses from the lot have been distributed to 287 providers across California and shipments arrived in the state between January 5 and 12, according to CDPH.

The United States reported 174,513 new coronavirus infections on Sunday, bringing the total number of confirmed cases nationwide to at least 23,933,368, according to Johns Hopkins University data.

Another 1,723 virus-related fatalities were also recorded on Sunday, according to JHU. At least 397,574 people have died from Covid-19 in the US during the pandemic.

Vaccines: At least 31,161,075 vaccine doses have been distributed and at least 12,279,180 shots administered, according to the US Centers for Disease Control and Prevention.

Cuba reported a record of 650 new Covid-19 cases on Sunday, according to the country's Health Ministry.

Cuba's total number of Covid-19 cases as of Sunday stands at 18,151. The country has also recorded a total of 170 coronavirus deaths since the start of the pandemic, according to official data.

Mass public vaccination programs using a Chinese coronavirus vaccine are underway across Indonesia and Turkey, where tens of millions of people are expected to receive doses of the CoronaVac shot made by Beijing-based company Sinovac.

On Wednesday, Indonesian President Joko Widodo was shown receiving the country's first CoronaVac shot, after the government authorized it for emergency use. While on Thursday, Turkish President Recep Tayyip Erdogan announced he had also received the vaccine.

But the rollouts come despite a growing number of questions over the effectiveness of the shot, which last week was revealed to have an efficacy rate of just 50.38% in late-stage trials in Brazil -- significantly lower than earlier results showed. That rate only barely crosses the 50% efficacy threshold as set by the World Health Organization, and is far lower than the 78% previously announced to much fanfare in China earlier this month.

The apparent discrepancy has led to concern among some scientists, and shaken international confidence in Chinese-made vaccines.

"Since many countries are planning to order, or have already ordered Sinovac's vaccines, it might undermine people's willingness to take them, because people may question the usefulness of the vaccines," said Yanzhong Huang, a senior fellow for global health at the US based Council on Foreign Relations and expert on the Chinese health care system. "It could be a potential stumbling block." 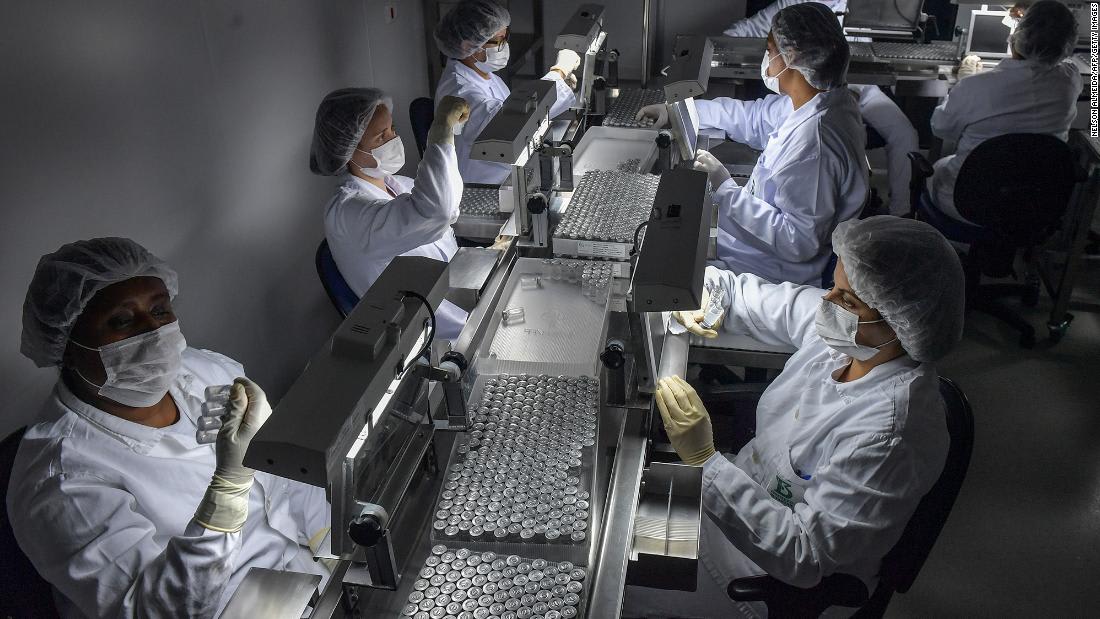 Confidence in Chinese vaccines has taken a hit. But as coronavirus cases grow, some countries are still pushing ahead

More than 200,000 people were vaccinated against coronavirus on the first day of India's nationwide vaccination drive on Saturday, the country's Health Ministry announced in a news release on Sunday.

According to the ministry, the total is "much higher than many other countries such as the USA, the UK, and France."

As of Sunday, India has vaccinated a total of 224,301 people, and to date 447 adverse events following immunization have been reported, of which three patients were hospitalized.

"Protocols are in place for reporting, immediate case management at vaccination session site, transportation and hospitalization, and further care of such cases," the release added.

"Our Prime Minister has been in constant contact with the state chief ministers ... we have developed a common timeline and plan according to which we are all working ... we need to stick to the plan to meet our targets," Vardhan said.

India has reported more than 10.5 million Covid-19 cases, including 152,419 deaths, according to the Health Ministry on Monday.

Some context: India is embarking on one of the world's most ambitious mass immunization programs ever undertaken, with the country of 1.35 billion planning to inoculate 300 million frontline workers, elderly and vulnerable people by August.

Earlier this month, Indian drug regulators gave the go ahead for two coronavirus vaccines, one developed by AstraZeneca and Oxford University, and the other conceived locally by Bharat Biotech and a government-run institute.

China's economy grew more than expected last year, even as the rest of the world was upended by the coronavirus pandemic.

The world's second largest economy expanded 2.3% in 2020 compared to a year earlier, according to government statistics released Monday.

It's China's slowest annual growth rate in decades -- not since 1976 has the country had a worse year, when GDP shrunk 1.6% during a time of social and economic tumult.

But during a year when a crippling pandemic plunged major world economies into recession, China has clearly come out on top. The expansion also beat expectations: The International Monetary Fund, for example, predicted that China's economy would grow 1.9% in 2020. It's the only major world economy the IMF expected to grow at all.

The pace of the recovery is also accelerating. China's economy grew 6.5% in the fourth quarter compared to a year earlier, according to the government. That's faster than the 4.9% growth recorded in the third quarter. 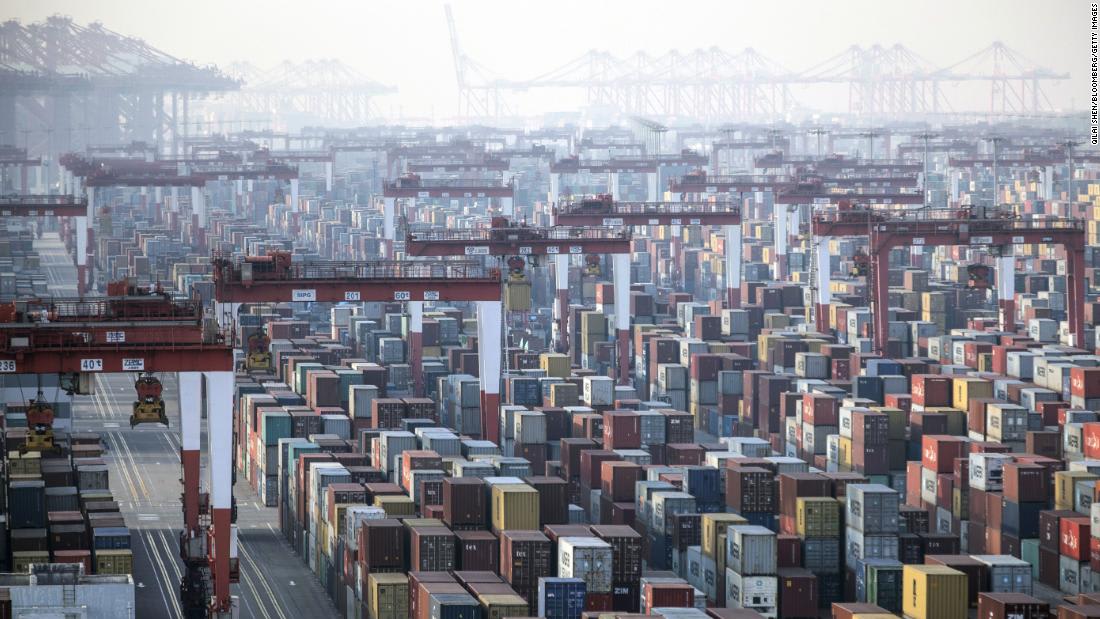