The White House released US President Joe Biden's letter reversing the Trump administration's decision to leave the World Health Organization after the new US leader was sworn in on Wednesday.

US re-engagement: US diplomats around the world have already been notified of changes they must make as they conduct American diplomacy after Biden signed a series of executive orders tonight.

The first department wide memo sent by Acting Secretary of State Dan Smith instructed all US diplomats to re-engage with WHO and halt any staff drawdown at the UN health agency, according to the memo reviewed by CNN.

The memo was sent shortly after Biden signed a series of executive orders, including one to reverse former President Donald Trump’s decision to withdraw from WHO.

The US had been in the process of withdrawing staff at WHO in the final months of the Trump administration. That withdrawal will now be halted and reversed.

The death rate among hospitalized Covid-19 patients in Los Angeles has nearly doubled in recent months, as health officials are seeing a “substantial increase in severity” among those sickened with the disease, according to new information presented by the county’s Department of Health Services (LADHS).

Since November, hospitalized patients in the county have had about a 23% chance of dying from the disease, health officials said Wednesday, a significant increase from the prior three months.

From September to November, Covid-19 patients had an approximately 12% chance of dying, according to LADHS.

There are currently more than 7,200 Covid-19 patients receiving treatment in Los Angeles County hospitals, lifting the patient census about three times higher than in previous surges. About 23% of those patients are in intensive care units, LA County health director Dr. Barbara Ferrer said in a Wednesday briefing, and about 21% are on ventilators.

The length of hospital stays for Covid-19 patients has also increased in LA County, jumping from an average of just under seven days between September and November to about 9.5 days from November to January.

“These changes – despite improvements in treatments – suggest a substantial increase in the severity of illness among hospitalized patients,” LADHS said in an update on Covid-19 modeling projections.

“This trend does not mean the virus has become more virulent or that care in hospitals worsened during the surge,” Health Services Director Christina Ghaly explained. “Rather, we believe these trends are because hospitals, facing capacity constraints in the setting of the surge, became more selective in determining which patients to admit. In other words, hospitals are discharging more of the lower acuity patients home with oxygen. They are admitting only the most critically ill patients.”

California variant: A coronavirus strain known as L452R, sometimes dubbed the California variant, is “beginning to show up in a lot more samples,” Ferrer said, though it is unclear whether that variant might have an impact on the increase in severity.

Texas has reported 450 new Covid-19 deaths and more than 25,000 new confirmed cases on Wednesday, according to the latest update by the Texas Department of State Health Services.

California is the only state to report more total cases than Texas, according to Johns Hopkins University (JHU) data.

The 450 new deaths reported on Wednesday is the third highest daily total of reported deaths, according to JHU. There are now 32,844 total deaths statewide.

There are 13,860 patients hospitalized statewide, the 16th day in a row that Texas has had more than 13,000 people hospitalized with Covid-19. There are 618 ICU beds available statewide, according to the dashboard.

Note: Some of these numbers were released by the state's health department and may not line up exactly in real time with CNN's database drawn from Johns Hopkins University and the Covid Tracking Project.

Only 229 North Korean defectors entered South Korea in 2020, a drop of nearly 78% compared to the previous year, according to South Korea’s Unification Ministry.

The number of people fleeing North Korea’s repressive regime, which bars most of its citizens from traveling abroad, has been on the decline in recent years as the government has tightened its border controls.

But last year’s steep drop is likely due to the Covid-19 pandemic. North Korea severed the last of its scant ties with the outside world in 2020 to prevent an influx of coronavirus cases, even cutting off almost all trade with China -- an economic lifeline the impoverished country needs to keep its people from going hungry.

The White House will require daily testing for coronavirus and N95 masks for staffers in a bid to model good pandemic behavior, according to press secretary Jen Psaki.

She said the new rules also include stringent requirements on social distancing.

Psaki said President Joe Biden "has asked us also to be models to the American people" -- a contrast to the previous administration, which largely ignored government mask and social distancing recommendations.

“We'll have more to share with you in the next few days, hopefully before the weekend, but what we plan to do is not just return these daily briefings … but also to return briefings with our health officials and public health officials,” Psaki said at her first White House briefing.
“We want to do those regularly, in a dependable way with data shared with all of you and with the public, so that they can also track progress we're making on getting the pandemic under control.”

Psaki said that the White House will combat misinformation by giving accurate information to the American people “even when it is hard to hear.”

The Trump administration had briefings with health officials regularly last spring when the coronavirus pandemic initially took hold, however those briefings were often not entirely focused on the pandemic as then-President Donald Trump led them awry.

Those regular briefings ended in April after Trump suggested injecting disinfectant could be a cure for coronavirus.

"The president’s order comes at a critical point, when vaccines, as well as a plan to accelerate their rollout, offer new hope, but also when more easily transmitted variants of the virus present new challenges," the Infectious Diseases Society of America (IDSA) said Wednesday.
"We urge governors, mayors, policymakers and residents of communities across the nation to unite behind this action and to require, support and practice mask wearing to control the spread of the virus."

A coronavirus study commissioned by the UK Department of Health and Social Care (DHSC) has warned that the prevalence of coronavirus is at its highest since the peak of the first wave of the pandemic, adding that infections in England increased by 50% from early December, with one in 63 people infected.

"Prevalence of infection at the beginning of 2021 is at the highest levels since the peak of the first wave in March and April 2020,” the study, carried out by the Imperial College Healthcare NHS Trust and Ipsos MORI, noted.

While the prevalence of coronavirus increased nationally in all adult age groups, the study found it was highest in 18- to 24-year-olds at 2.51%. Among people aged 65 and over, the prevalence has more than doubled -- from 0.41% to 0.94%.

“Our data are showing worrying suggestions of a recent uptick in infections which we will continue to monitor closely. To prevent our already stretched health system from becoming overwhelmed, infections must be brought down,” Paul Elliott, director of the program at Imperial, said.

Speaking in response to the findings, UK Health Secretary Matt Hancock warned that the country “must not let down our guard” over the coming weeks.

“It is absolutely paramount that everyone plays their part to bring down infections. This means staying at home and only going out where absolutely necessary, reducing contact with others and maintaining social distancing,” he added.

The new findings come just after the UK reported its highest daily increase in coronavirus-related deaths, with 1,820 deaths recorded on Wednesday.

At least 144 cases of a variant first identified in the UK have been identified in 20 US states, according to data posted Wednesday by the US Centers for Disease Control and Prevention.

This includes at least 46 cases in Florida, 40 in California, 17 in New York, six in Colorado, five in Georgia, five in Minnesota, four in Indiana, three in Maryland, three in Texas, two each in Connecticut, Massachusetts, New Mexico and Pennsylvania, and one case each in Illinois, Louisiana, Michigan, Oregon, Utah, Wisconsin, and Wyoming.

While the variant, known as B.1.1.7, appears to spread more easily, there's no evidence that it's any more deadly or causes more severe disease, according to CDC. It has also been found in at least 60 countries worldwide, according to the World Health Organization.

Related Coverage: Coronavirus variant discoveries in UK and South Africa began with a bet of a bottle of wine

A panel of experts from Chile’s Institute of Public Health voted to authorize the emergency use of Covid-19 vaccine made by Chinese company Sinovac on Wednesday, for people between the ages of 18 and 59. The vote was 10 in favor, 2 against, and one abstention.

Heriberto Garcia, the director of the Institute, said the vaccine was "safe and effective. It prevents hospitalizations” and fights the “severity of the disease.” He also noted the vaccine has already been authorized in China, Indonesia, Turkey, and Brazil.

Late-stage trials of the Sinovac vaccine in Brazil showed just 50.38% efficacy, significantly lower than earlier results had shown -- raising questions as to the reliability of the data.

Chile is already using the Pfizer/BioNTech vaccine. It has been administered to 10,000 health officials and the elderly. 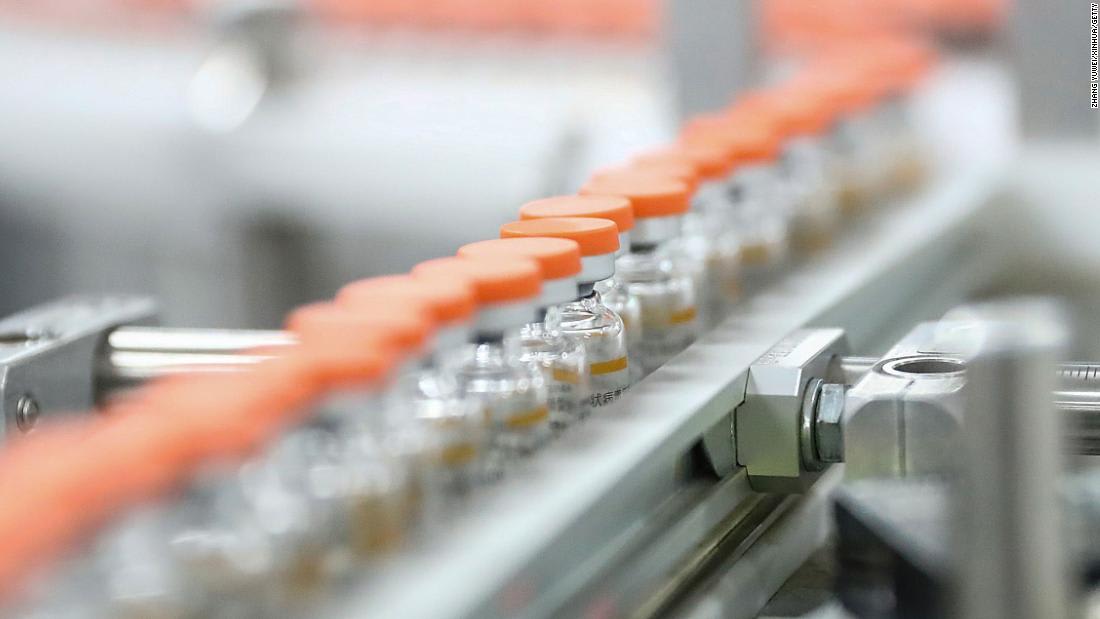