"No Time to Die," the latest film in the James Bond series and one of the most anticipated movies of 2021, has been delayed again.

The film, which stars Daniel Craig as the stylish spy, was set to open on April 2. But MGM announced on Thursday that it would push the action film to October 8.

This is the third time the film has been delayed since the coronavirus pandemic started. It was originally set to open in North American theaters on April 10, 2020.

The shifting schedule of "No Time to Die" is a symbol of the pandemic's impact on Hollywood. The 25th film in the Bond series was the first major movie to be delayed because of the pandemic, but it was far from the last. 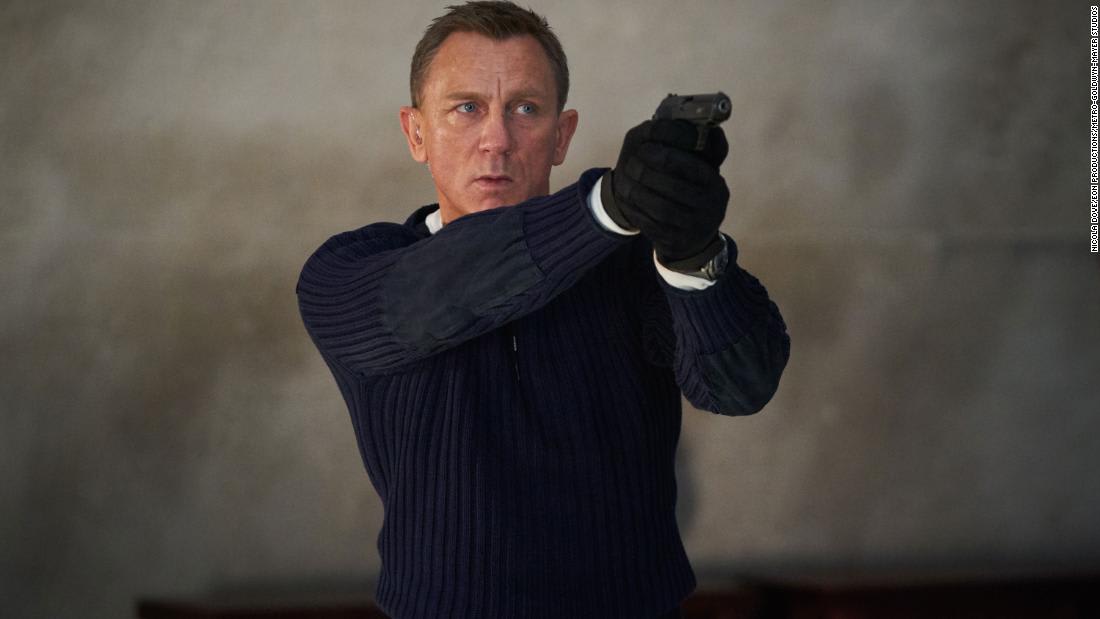 'No Time to Die,' the new James Bond film, is delayed once again

A Japanese government spokesman on Friday denied reports that the Tokyo Olympics has been cancelled.

Speaking at a news conference, Deputy Chief Cabinet Secretary Manabu Sakai said: “I would like to clearly deny there is no such fact” over the report of the possible cancellation of the Games.

On Friday, the Times of London, citing an unnamed senior member of the ruling coalition, reported that Japanese authorities had privately concluded that the Olympics could not proceed due to the ongoing pandemic. CNN has not independently verified this report, which officials in Tokyo were quick to refute. 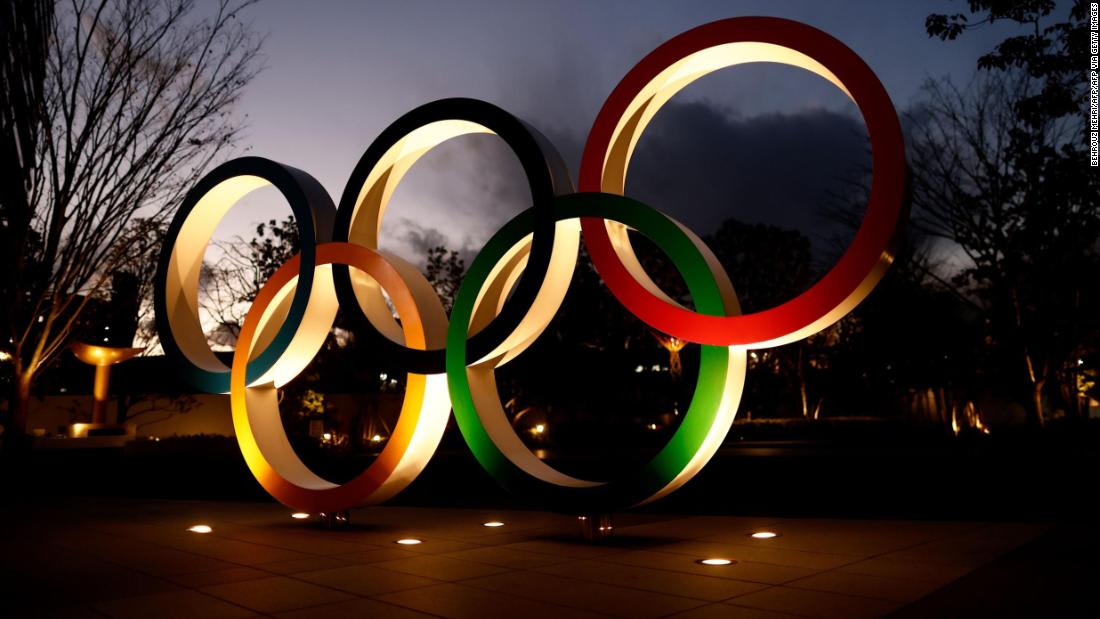 The Japanese government is determined that the Tokyo Olympics will go ahead, organizers said Friday, following an unconfirmed report that a cancellation of the Games might be imminent.

On Friday, the Times of London, citing an unnamed senior member of the ruling coalition, reported that Japanese authorities had privately concluded that the Olympics could not proceed due to the ongoing pandemic. CNN has not independently verified this report, which officials in Tokyo were quick to refute.

In a statement, the Tokyo 2020 organizers said that Prime Minister Yoshihide Suga had expressed to them his determination to hold the Games, and that meetings were ongoing to ensure that they could go ahead while implementing thorough infection countermeasures and other precautions due to the pandemic.

"All our delivery partners including the national government, the Tokyo Metropolitan Government, Tokyo 2020 Organizing Committee, the IOC and the IPC are fully focused on hosting the Games this summer," the statement said. "We hope that daily life can return to normal as soon as possible, and we will continue to make every effort to prepare for a safe and secure Games."

Suga has yet not publicly spoken about the issue and his office declined to comment when approached by CNN on Friday morning.

US President Joe Biden aims to surpass his target of delivering 100 million Covid-19 vaccine doses in his first 100 days in office, according to new US Surgeon General Dr. Vivek Murthy.

“Make no mistake, his goal is not only to meet that, but it’s to exceed that,” Murthy told CNN’s Wolf Blitzer.

He added that Biden is taking an “even-keeled” approach, taking into account areas where things could go wrong, including the supply of vaccine, channels for distribution and vaccine hesitancy.

Murthy said the US needs to do more to help speed the administration of vaccines.

“We cannot take a year in order to get to the critical levels of vaccination that we need in this country,” Murthy said. “We’ve got to get there sooner.”

Murthy said the Biden administration is working to address the vaccine rollout issues that jurisdictions have been grappling with. He said the plan includes setting up more vaccination sites, leaning on partnerships with pharmacies and finding people who can help administer vaccines.

New York City Mayor Bill de Blasio says he is asking the federal government to allow the city to use second doses of Covid-19 vaccines now as first doses because the city is set to run out of vaccines soon.

"We have second doses sitting in reserve waiting weeks until they can be used. Those should be freed up right now to go into the arms of senior citizens who are living in fear. Let's turn those second doses into first doses right now and then backfill with more supply in the coming weeks," de Blasio told CNN's Erin Burnett Thursday.

According to de Blasio, New York City is now vaccinating at a higher rate, with 45,000 people vaccinated on Monday alone. He says the city needs more vaccines to meet the demand.

"We're running out of vaccine and we're not getting any assurance of major new shipments. I could be opening a 24/7 vaccine site at Citi Field where the Mets play, the Yankee stadium. I want to be in all five boroughs, but I can't open them because I'm not getting a major new supply," de Blasio said.

When asked why he thinks New York is running out when the city's website is showing 1 million doses delivered to New York City, but only 539,000 administered, de Blasio said the remaining vaccines have already been allocated.

"Yeah, we've got a lot of appointments that are scheduled this week, and next week, that are going to use up everything we have. There are separate programs under those numbers for nursing homes run by the federal government. The bottom line is supply is not even close to keeping up with demand," said de Blasio.

“With COVID-19 continuing to spread rampantly throughout the U.S., we applaud the Biden Administration for taking immediate action today to activate the Defense Production Act (DPA) to ramp up the production of personal protective equipment (PPE), as well as testing and vaccine supplies desperately needed to stem the spread of illness and deaths,” Bailey said.

After supply chain issues that have left health care workers, their families and patients without adequate testing or protection, Bailey noted that the action against Covid-19 has been a long awaited.

“Since March, the AMA has called on the federal government to implement a coordinated national strategy and pull every lever to ramp up PPE production for N95 masks, gowns, gloves, as well as testing supplies—and coordinate distribution,” she said.

While the two authorized Covid-19 vaccines are “not interchangeable,” it may be acceptable to get one dose of each in order to complete both doses, the US Centers for Disease Control and Prevention said in guidance updated Thursday.

The guidance, which comes amid concerns surrounding vaccine supply and distribution, applies to Pfizer/BioNTech’s and Moderna’s vaccines. Both use genetic material called mRNA as the basis for their vaccines.

“In exceptional situations in which the first-dose vaccine product cannot be determined or is no longer available, any available mRNA COVID-19 vaccine may be administered at a minimum interval of 28 days between doses,” the CDC says.
“If two doses of different mRNA COVID-19 vaccine products are administered in these situations (or inadvertently), no additional doses of either product are recommended at this time.”

CDC says the safety and efficacy of switching vaccines hasn’t been evaluated. “Every effort should be made” to keep track of which vaccine people received and ensure they get the same one for their second dose several weeks later, the recommendations say.

The agency says its guidance may be updated as new information and new types of Covid-19 vaccines become available.

Portugal will suspend flights with the UK starting Saturday, Portuguese Prime Minister Antonio Costa said in a series of tweets late on Thursday.

The decision was made in order to “reduce the risk of contagion” based on the new coronavirus variant originally found in the UK.

“Close coordination in the response to the pandemic is essential,” he tweeted.

Costa said all 27 EU member states expressed concern about the variant at the EU Council on Thursday.

The United States can look forward to getting back to some semblance of normality by fall if enough of the population gets vaccinated this summer, top infectious diseases expert Dr. Anthony Fauci said Thursday.

“If we get 70% to 85% of the country vaccinated, let's say by the end of the summer, middle of the summer, I believe by the time we get to the fall we will be approaching a degree of normality,” Fauci said at a White House news briefing.

It was Fauci’s first appearance at a news briefing held by the new Biden administration, held on its first full day.

It won’t be perfectly normal by then, he said, but it will take the pressure off if three-quarters or more of the population gets vaccinated.

"The concern I have, something we're working on, is getting people who have vaccine hesitancy who don't want to get vaccinated because many people are skeptical about that,” Fauci added.