New York City only has 7,710 doses on hand, and 72,409 second doses yet to be scheduled, Mayor Bill de Blasio said today.

“We have almost no supply to allow us to create new opportunities for people, new appointments for people," the mayor said.

He added “right now I need hundreds of thousands of more doses per week.”

He said earlier that the city has administered over 650,000 doses.

De Blasio spoke this morning with the White House Covid-19 coordinator and is “very convinced” that the commitment is there and “we're going to see a lot of impact from the Biden White House.”

“Right now we are dealing with the residue of what was left to us previously,” the mayor said.

De Blasio is calling for even more flexibility to get as many shots in arms as possible.

What the numbers look like: New York City added 4,844 new confirmed and probable cases, marking a 8.4% positivity – both on a seven-day rolling average.

The mayor said 230 patients were admitted to NYC hospitals for suspected Covid-19 – a 5.14 per 100,000 person hospitalization rate.

New Jersey Gov. Phil Murphy said his state needs many more doses of Covid-19 vaccine to keep up with a plan to vaccinate 70% of the state population within six months.

Though the state has built a network of some 270 vaccine distribution sites, including 6 so-called "megasites," Murphy said there was insufficient supply to meet demand.

A spokesperson for the New Jersey Department of Health confirmed to CNN Tuesday morning that the Meadowlands mega site is temporarily closed due to lack of vaccine, a reality Murphy acknowledged later Tuesday morning in an appearance on MSNBC.

"We've had some amount of having to shut down a location here or there," Murphy said. "Thats something we want to minimize, as you can imagine."

"The constraint right now is supply," he said.

Some background: Each vial of Pfizer’s Covid-19 vaccine was designed to contain five doses, but after some pharmacists reported they could to extract six doses, the FDA allowed an updated label that states: “After dilution, vials of Pfizer-BioNTech COVID-19 Vaccine contain six doses of 0.3mL of vaccine. Low dead-volume syringes and/or needles can be used to extract six doses from a single vial. If standard syringes and needles are used, there may not be sufficient volume to extract a sixth dose from a single vial.”

Bourla previously said that this increase in doses per vial, “provides an additional 20% capacity.”

Pfizer told CNN on Friday that the company planned to base its vaccine commitment to the US government on doses, not vials, meaning it would count any extra doses that pharmacists can squeeze out of each vial.

A source familiar with the matter told CNN last week that Pfizer and the federal government will be keeping track of the sites with the ability to extract the full six doses and Pfizer will not charge for the extra dose per vial if sites aren’t able to extract it.

Officials with the US Centers for Disease Control and Prevention are closely watching at least four coronavirus variants.

Here's what we know so far about them:

You can read more about the variants here.

Today, the historic Indian Treaty Room in the Eisenhower Executive Office Building will double as a vaccination clinic for dozens of West Wing and National Security Council staff invited to receive the Covid vaccine, according to an email from the “Covid-19 Operations Team” reviewed by CNN.

Officials have been told to report to the room where the White House Medical Unit will be administering the Pfizer vaccine to officials who present a valid government ID. The NSC and much of the West Wing has been ordered to telework since President Joe Biden took office, enforcing stricter Covid-prevention protocols than those of the previous administration.

However for the NSC staff, who rely heavily on classified information to carry out their work, teleworking is far from ideal and there is now a rush to have staff vaccinated and back in the office to access the sensitive information that is critical to their work.

Several staffers, who are “holdovers” from the previous administration, already received the first dose of the vaccine before Trump left office, but most of those officials have also been ordered to telework indefinitely while the new administration decides on its Covid work protocols, according to several administration officials.

Brazil has temporarily banned the entry of foreign travelers who have passed through South Africa into the country.

Direct flights from South Africa or flights passing through the country are now prohibited entry in Brazil. Similar restrictions had already been applied back in December for passengers and flights from the United Kingdom and Northern Ireland. The measures aim to prevent the spread of new variants of coronavirus found in these countries.

The ban is "on a temporary basis" and has no defined duration. Foreigners or nationals that are coming from those countries, or have passed through them in the past 14 days, would have then to quarantine for that period in countries that Brazil hasn’t yet declared banned before entering the county.

The request to present a negative RT-PCR test result from not more than 72 hours prior to embarking is valid for all passengers, nationals and foreigners, coming from other countries.

The new restriction was established in an ordinance published today in Brazil's Official Gazette (DOU). The measure also renews the ban of entry via land or sea by any foreign travelers, which has been in force since March.

Airlines UK, the trade body representing airlines such as British Airways and Virgin, said the UK has already “introduced some of the highest levels of restrictions in the world” and “further measures would be catastrophic”.

Responding to speculation about further restrictions being put in place for international arrivals into the UK, Airlines UK in a joint statement with the Airport Operators Association warned the measures “will impact vital freight and PPE supplies and jeopardise tens of thousands of jobs and the many businesses that depend on aviation.”

The UK is set to make an announcement later Tuesday regarding the use of hotel quarantine, according to vaccine minister Nadhim Zahawi.

UK Hospitality, which represents hotels tasked with introducing the quarantine plans, told CNN: “It is vitally important that we take steps to enforce existing quarantine and self-isolation arrangements for the UK.”

“We are happy to play a full part in the national effort to help address this crisis. We have the capacity to help and businesses have already had plans in place to ensure their venues are safe,” it added.

However the UK association of travel agents, ABTA, says these measures could jeopardize summer vacation bookings. “No one is going to book a summer holiday if they have to quarantine at a hotel when they return,” said ABTA.

Travel to and from the UK has been largely limited since the UK suspended its travel corridors earlier in January. British media has reported that the UK government might impose a hotel quarantine on travelers coming from certain countries with known new variants.

Some background on Sputnik V: 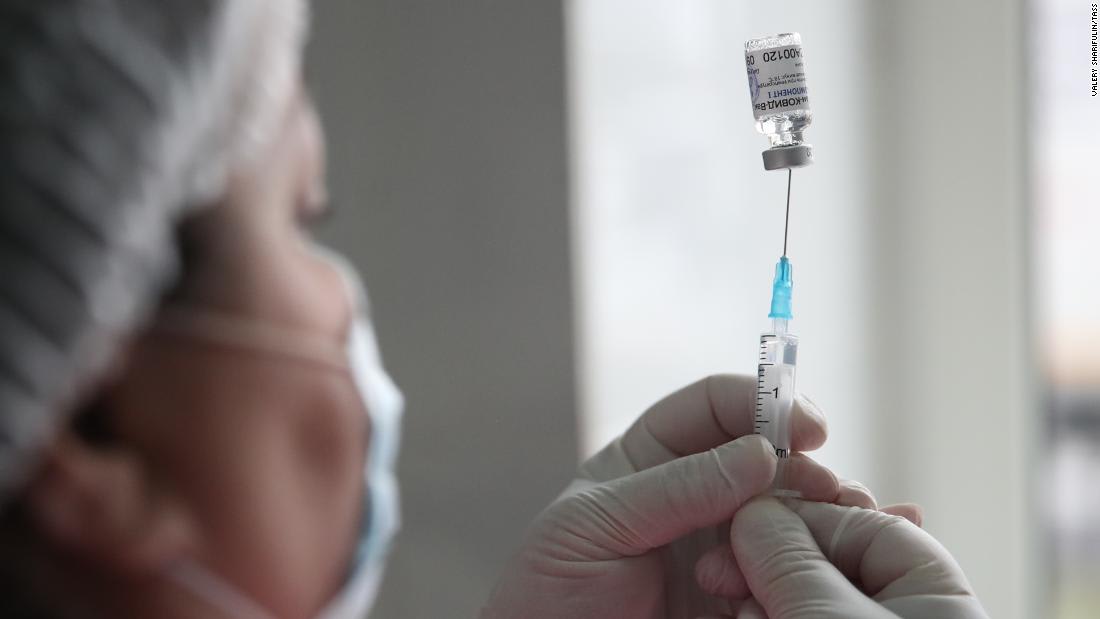 Every country has vaccine skeptics. In Russia, doctors are in their ranks

South African President Cyril Ramaphosa has expressed concern over “vaccine nationalism” in an address at this year’s virtual Davos summit.

While he didn’t identify a specific country, Ramaphosa asserted that wealthy nations had acquired more shots than they need.

“The rich countries of the world went out and acquired large doses of vaccines from the developers and manufacturers of these vaccines, and some countries have even gone beyond and acquired up to four times what their population needs, and that was aimed at hoarding these vaccines,” the president said. “This is being done to the exclusion of other countries in the world that most need this.”

Ramaphosa called upon governments to “release the excess vaccines that you’ve ordered and hoarded.”

“Ending the pandemic worldwide will require greater collaboration on the rollout of vaccines, ensuring that no country is left behind in this effort,” he also said.

Ramaphosa -- who is currently chairing the African Union -- said that throughout the pandemic the continent has “acted as one.” He said the continent-wide task force had secured a provisional 270 million doses for African countries from manufacturers. This is in addition to the 600 million doses expected from the WHO-led COVAX initiative.

WHO’s Africa director Matshidiso Moeti said Friday the initial 30 million doses are expected to arrive by March, with the rest by the end of 2021.

By the end of the year, the scheme is expected to cover about 20% of the population in African countries, based on two doses per person, she said, adding that healthcare workers and other high-priority groups will be prioritized in the vaccination drive.

Ramaphosa said the pandemic has had a “heavy toll” on South Africa, with the country recording around 1.4 million cases and more than 40,000 deaths.